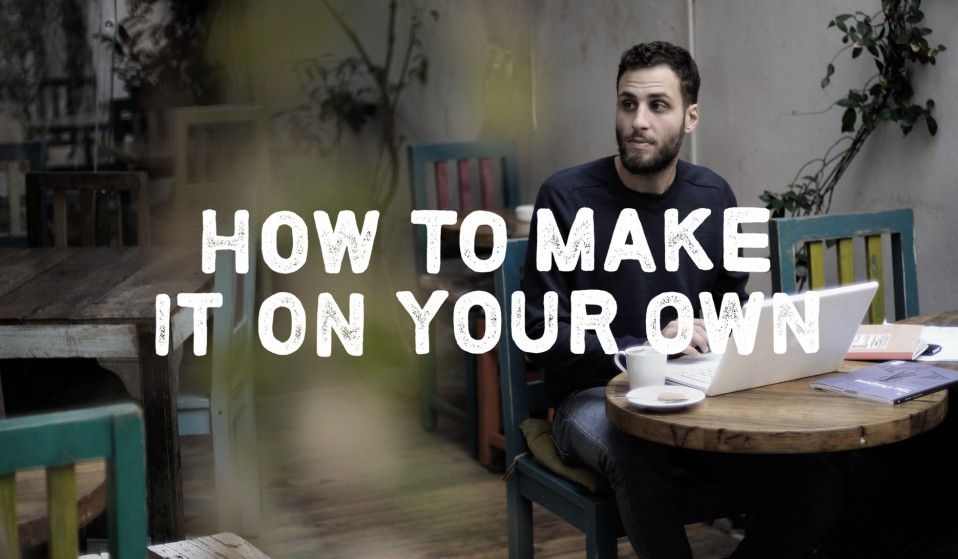 The defiant flames of the Arab Spring are still burning in Beirut, thanks to The Outpost: an independent magazine that believes change is always possible.

The defiant flames of the Arab Spring are still burning in Beirut, thanks to The Outpost: an independent magazine that believes change is always possible.

The Arab Spring in 2011 lifted the hopes of a generation. Dictators were toppled by young protesters who believed they could free the Middle East from its crippling burden of tyranny. The Outpost magazine, founded a year later, was born in this rising tide of optimism with an ambitious mission to unite progressive thinkers from twenty-two Arab countries and provide outsiders with a window into the region.

“Since day one, our mission has been to help instigate a renaissance across borders in this part of the world,” says Editor Ibrahim Nehme. “There was this extremely inspiring energy; we were in disbelief that this was actually happening – we were waiting for change for so long.” 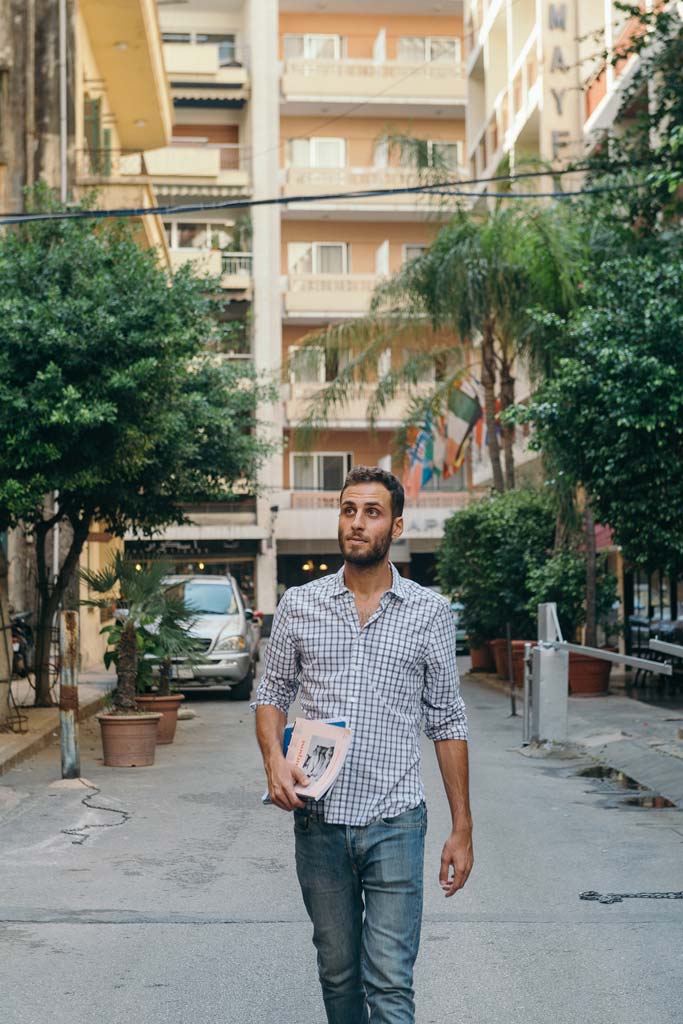 But the Arab Spring soon became an Arab winter, as the military re-took control in Egypt, Libya descended into chaos and Syria’s pro-democracy protests mutated into devastating civil war and the rise of ISIS. As this wave of hope receded, The Outpost remained one of the few voices still dreaming of a better future.

Produced in Beirut and published in English, The Outpost describes itself as a ‘Magazine of Possibilities’. Each bi-annual issue is broken into sections that discuss what’s happening, what’s not happening, and what could happen; to analyse current problems, identify opportunities and imagine new possibilities for change. The publication has developed its own distinctive brand of narrative journalism that weaves together storytelling, illustration and poetry – and has been rewarded with admiration and awards, such as Magpile Magazine of the Year.

“I would like The Outpost to become a catalyst for the changes we need and inspire people to take action,” Ibrahim explains. “If you live here sometimes it can feel like change is always impossible. The Arab world is going through a really tough period, but the energies that produced the Arab Spring broke something to the point of no return. It empowered people to speak out and fight for change. It may not be broadcast on mainstream media, but it’s the kind of change we report on in The Outpost because the revolution is still ongoing, even if it’s under the table.”

Working on such an ambitious project from Beirut, with its overpowering summer heat, comically gridlocked roads and regular power-cuts, has been a huge challenge. “Besides all the tragedies of living in Lebanon, we had to face the challenges of making the magazine and it was just extremely, extremely depressing,” Ibrahim remembers. “[In our second year], we reached a point where we were like, ‘What the hell are we still doing here? Why the hell are we making a magazine that’s obviously going nowhere?’”

After surviving the immense creative and financial challenges of its early years, The Outpost can now “take whatever shit comes our way”. But they would never have made it this far without the support of readers, like Sherine al­-Banhawy in Cairo who sent a package containing issue zero of Rowayat, with a note that said: “Thank you. You were the inspiration that led to the creation of this magazine.”

“We were completely blown away,” Ibrahim says. “When you inspire or encourage people to start things like other magazines, to open businesses, to lobby against unjust governments or laws, when you start opening up different possibilities through this magazine of possibilities, eventually change is bound to happen.” 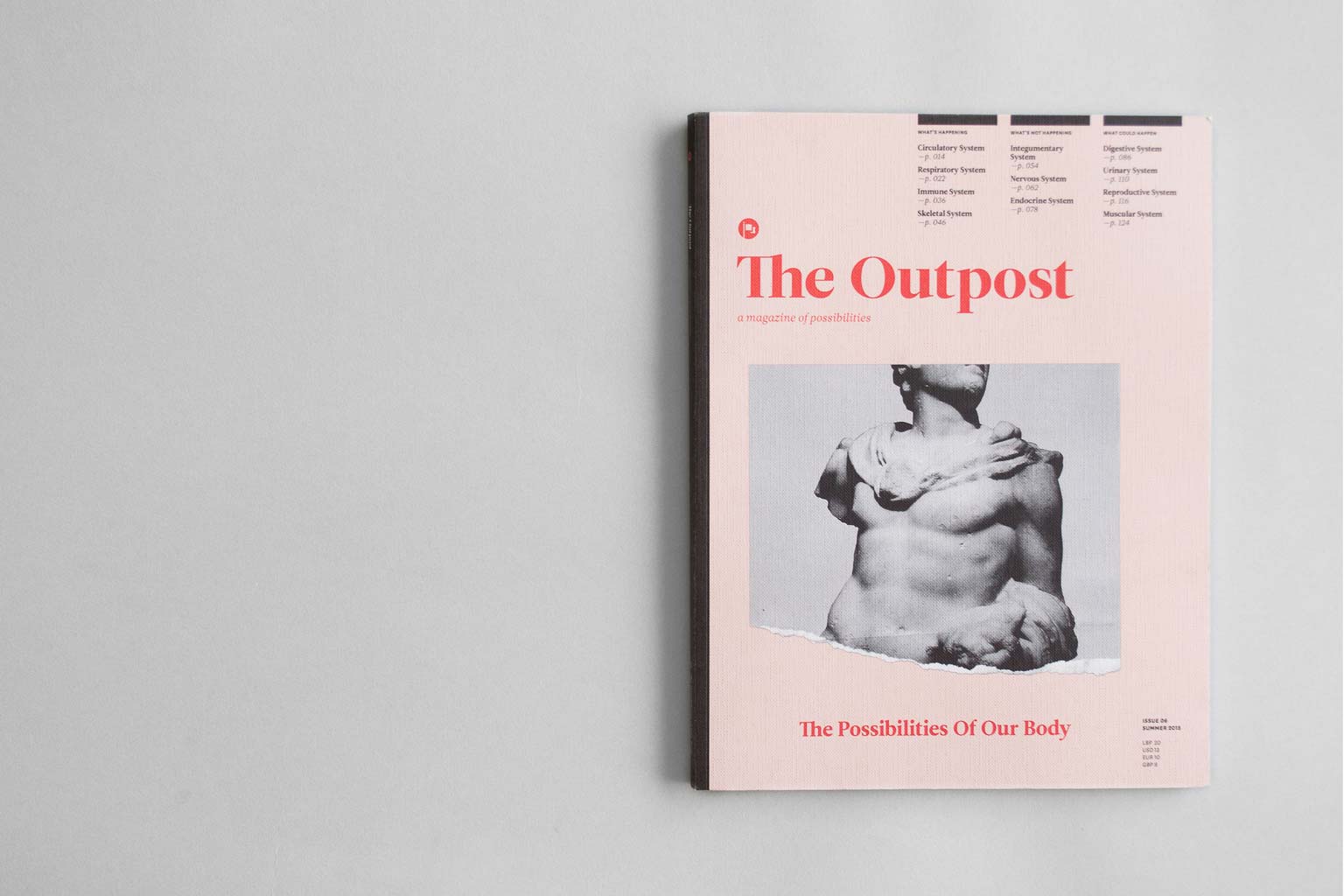 HOW DO I UNDERMINE A SYSTEM?

“Everyone likes a good story, and you need to have one. Stories give us clues and capture our imagination. They’re a powerful tool that can impact us and the world at large.”

“Sometimes we get so excited about the final outcome that we overlook the journey to get us there. Changing entrenched systems of belief or authority is a step-by-step process and you need to be mindful of that. Big victories are often achieved through small wins.”

“You can’t do this alone. Powerful movements are usually grassroots, all-inclusive and open. You need a network of friends and supporters that can propel your story forward.”

“Some people or institutions don’t want any kind of change to begin with. What are you going to tell them? Can you make them become your friends?”

Shout it from the rooftops

“It’s not enough to have a good story; post it on walls, seed it in public squares, spread it throughout the city. Let it take on a life of its own.”

“First, people will listen to your story. Maybe after that they will start taking action. But you have to keep pushing your story until you hear a crack in the system. Throughout all this, do not doubt the possibility of what you’re doing. Because it’s possible.”

Linkedin
RELATED ARTICLES
OTHER ARTICLES
The two-day long event returned to London this year, showcasing a spectacular parade, steel bands and Caribbean food.
Birdy Chu reflects on documenting the historic moment in which the territory was formally passed back from the UK to China.
With skyrocketing rents, packed out viewings, bidding wars and more, renting in London has never been harder.
As the Scottish government announces a rent freeze, an activist with Living Rent who fought and won shares how they did it, and what must come next.
Sean Maung’s photos are a love letter to the Black and brown communities that make up New York.
Photographer David Corio’s archive offers a glimpse inside a revolutionary era of music and nightlife.