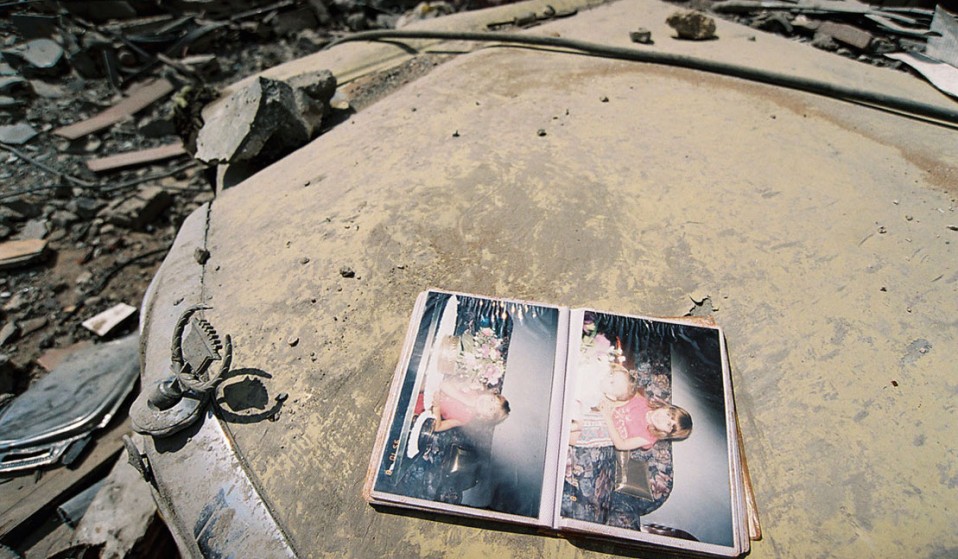 In the fifth and final instalment of Oodee’s POV Female series, released this week, the Lebanese capital Beirut is brought into focus by five of the city’s foremost female photographers.

The projects run the gamut from transgressive reclamations of public space to disturbing snapshots of an urban area in the immediate aftermath of a devastating war. Each series is, inevitably, deeply affecting and when drawn together they offer a remarkable image of a city in flux.

Damien Poulain, Oodee’s creative director, told us about his route to the project, the vision behind it, and his reasons for choosing Beirut as the last city in the series:

“My first desire was to publish the work of young female photographers. In doing so, I realized that for many practical reasons, I needed to establish a publishing house. The market of photography books became a beautiful platform to reveal new talents when, in the past, only well known photographers were able to publish their body of work. The Internet and social media have afforded the industry greater visibility and have given the public a degree of autonomy.

“I consider POV Female to be an open window to the world and to its richness. It was really important to make a controversial and unexpected selection of cities. All the selected cities are culturally diverse and opposed. By this cultural and artistic project we wanted to challenge the city, the citizen, the artists, the audience and create a space for thoughts.

“Beirut is a city that questions us through its history, culture and identity. It was the perfect city to work with.”

We’ve profiled each of the artits in the collection below and, for good measure, we’ve included their words of wisdom for young female photographers: 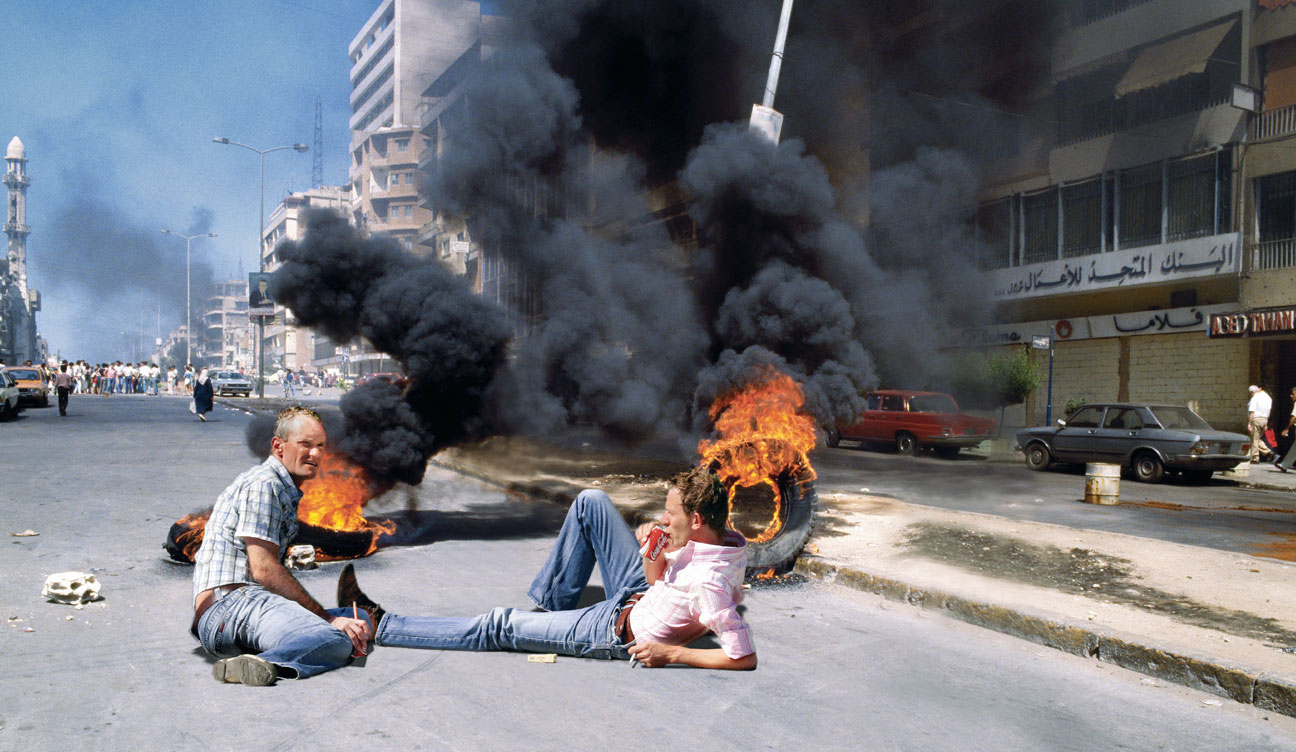 Concerned with capturing and toying with the space between the superficial and the real, Randa Mirza’s work challenges the archetypes and binaries that structure the world both within and without her native Beirut.

‘Parallel Universes’ is a series designed to target “the sacred cow of war photography” by superimposing incongruous images onto scenes from the July War of 2006. ‘Beirutopia’ captures the computer-generated images that property developers display on proposed land, juxtaposing an imagined future with an abiding present.

“Gender is not a barrier. Understand the subjects you are photographing and disregard misogynist reactions.” 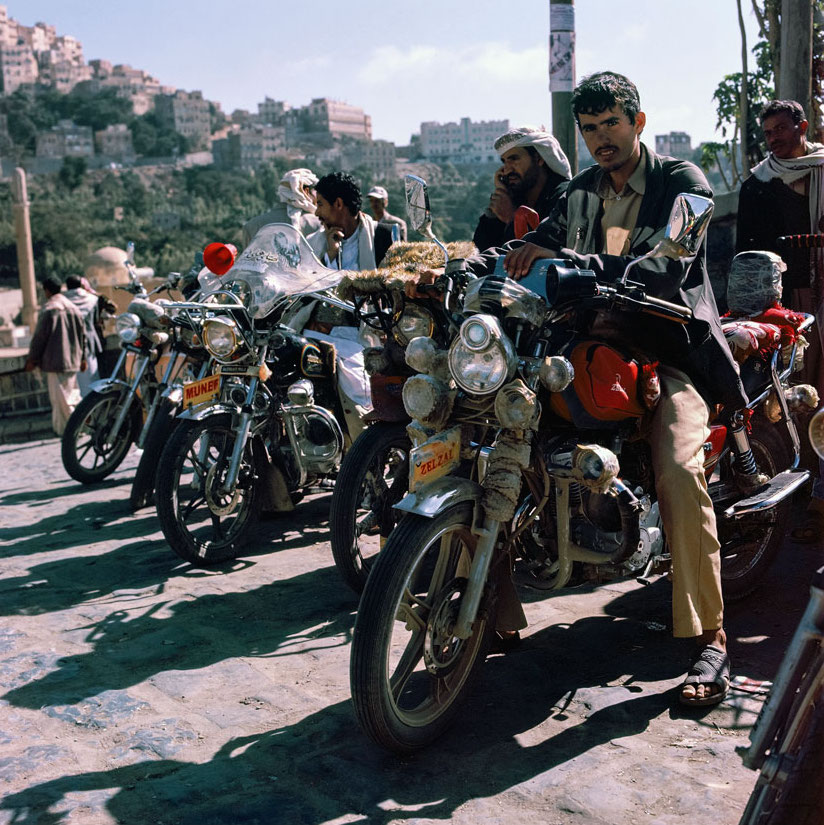 Ayla Hibri captures the people and places that she encounters with remarkable intimacy and honesty. Real Prince is the result of her time in Yemen and the fascination that she developed with the bikers that she met, “a subculture of steel-horse riders… a special breed of knights, cowboys, and warriors.” The series draws out the radical individuality of each of the men and focuses on the prevalence of subcultural aesthetics.

“It’s going to be your whole life’s crusade. Be prepared. Develop your own language, take your pleasures seriously. Get out of your comfort zone. If you’re shy, work on being less shy, you will need all the confidence. Explore.” 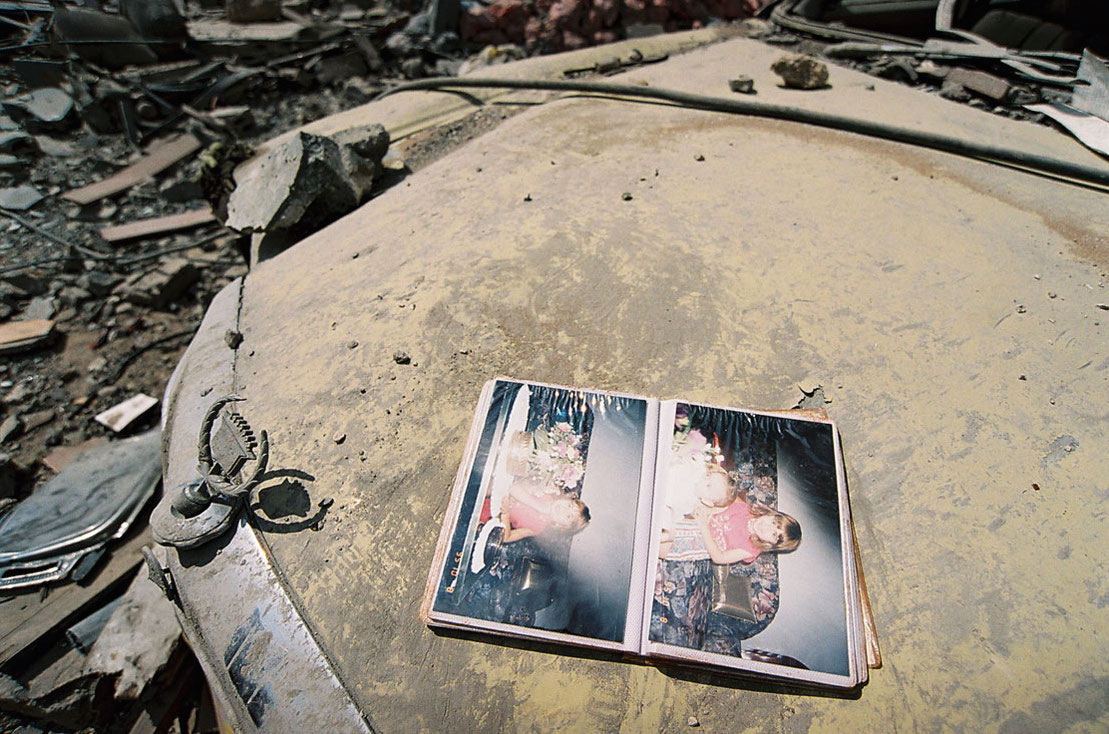 Through the use of experimental digital and analogue techniques, Caroline Tabet works with light and shade to the point that one or the other often floods through her photographs. At other points, she gladly confronts the surreal. ‘Disintegrated Objects’ eschews these left-field methods, however, instead detailing with disturbing clarity the state of her home city on the first day of the ceasefire in 2006.

“Don’t wait for anyone to initiate your projects. With a lot of work, sincerity and stubbornness your series will eventually be noticed.” 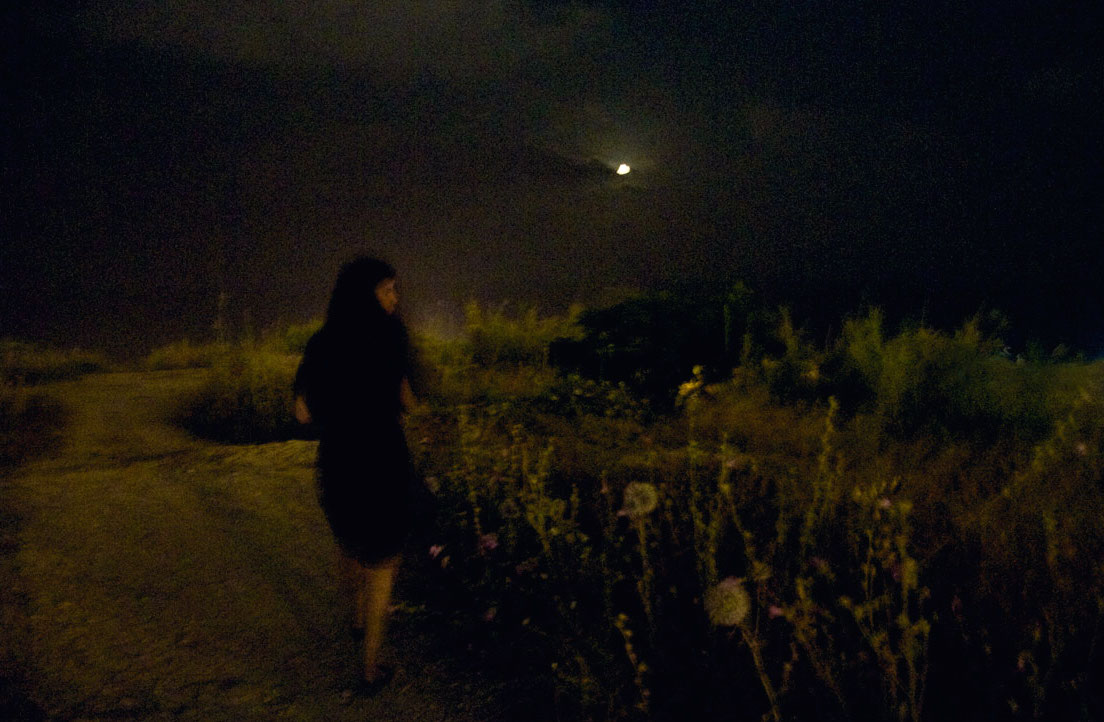 Lara Tabet’s photographs are often bound up in nightmare imagery, crossing into the haziest – and occasionally the darkest – confines of the imagination. ‘The Reeds’ is an exploration of the nature of public space in Beirut, an attempt to reconnect with denied land through visible transgression. The collection was won the Daylight Photo Award Juror’s Pick in 2013.

“Don’t be afraid to break barriers, and work very hard. Sometimes I find it helpful to have different projects or use different mediums that feed off each others.” 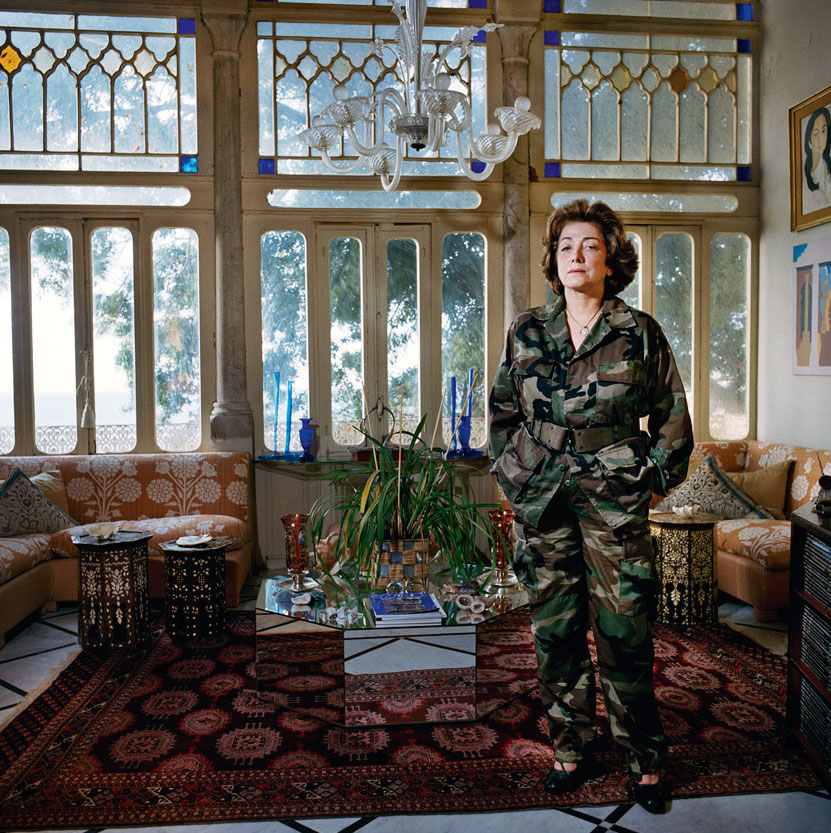 Lamia Maria Abillama has been almost perpetually surrounded by armed conflict and its aftershocks having grown up in the shadow of the Lebanese Civil War. Working primarily in portraits, her work delves masterfully delves into the stories beneath the skin of her subjects. In ‘Clashing Realities’, Abillama draws on this to present a series of women in military dress, highlighting the immorality of a conflict that harms those who have never been involved in combat.

“Simple advice: Believe in what you do! When you have the drive for something, just follow it and do not listen to anybody.”

Visit the Oodee website for more detail on POV Beirut and the whole POV Female series.

POV Beirut launches at the Papercup Bookshop in Beirut, Lebanon on May 28.

Linkedin
RELATED ARTICLES
OTHER ARTICLES
Demonstrators gathered outside of Parliament to voice their concerns about the monarchy and the crackdown on dissent.
Thousands of protestors gathered in Westminster to express their sadness and fury at the fatal police shooting of a young Black man in Brixton.
The two-day long event returned to London this year, showcasing a spectacular parade, steel bands and Caribbean food.
Ahead of the release of their first collaborative album, the producer and rapper talk psychedelics and the state of UK hip hop.
By turning a real-life crisis into daytime television fodder, TV bosses have once again shown themselves to be completely out of touch with audiences.
Thousands attended the annual event this year to wheelie through the city and call for ‘knives down, bikes up’.