Art & Culture / The best documentaries about saving the planet 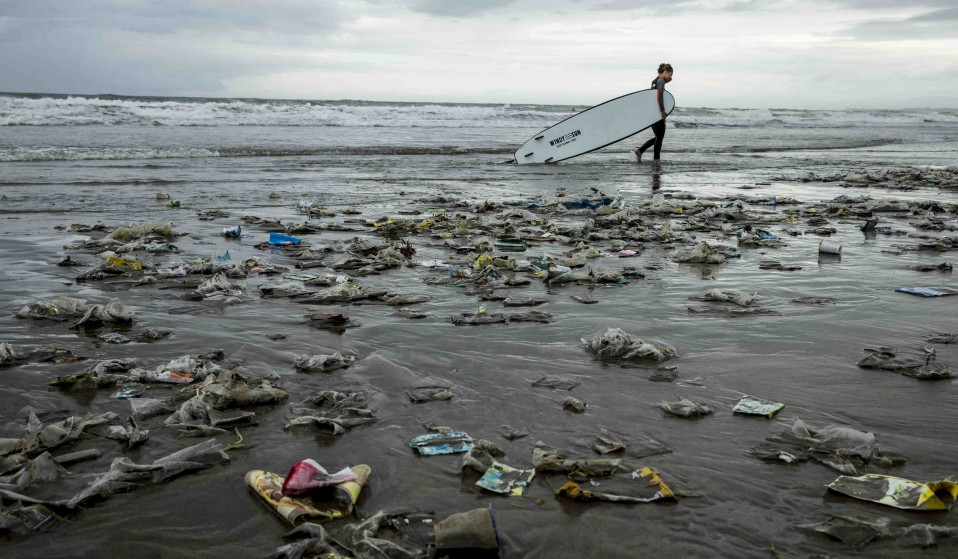 Today marks the 47th anniversary of Earth Day, a celebration of environmental protection and sustainability.

Today marks the 47th anniversary of Earth Day, a celebration of environmental protection and sustainability.

On the first Earth Day on April 22, 1970, 20 million Americans mobilised, inaugurating the environmental movement. Now, over 192 countries celebrate the event, with annual demonstrations, marches, and actions to support environmental reform.

Huck compiled a list of the best recent documentaries on sustainability, environmentalism and climate change.

A short film produced by i-D magazine and featuring Pharrell Williams, The Plastic Age uncovers the extent of plastic pollution in our oceans told through the experiences of surfers, scientists, and solution-seekers. The film was made to coincide with the launch of the RAW for the Ocean collection, made from 10,000 tonnes of recycled ocean plastic.

What happens when pollution threatens the place you love most? Montauk surfers Director Mikey DeTemple and Mad Men’s John Slattery team up in this mini doc for Surfrider Foundation, exploring local solutions to a pressing global issue.

Disruption was shot in the build-up to the 2014 People’s Climate March in New York City, as activists were preparing for the largest climate rally in history. Calling for action, the documentary underscores the importance of bottom-up initiatives in the fight against climate change.

A documentary by award-winning director Rob Stewart, Revolution started off as a film about shark conservation but ended up examining the wider issues surrounding it. A coherent exploration of the environmental challenges we are facing, Revolution spotlights the action young people are taking to tackle these issues.

A documentary about the Deepwater Horizon oil rig explosion in 2010, The Great Invisible investigates the event through the eyes of oil executives, survivors and Gulf Coast residents who experienced it first-hand. A chilling insight into the state of the global oil industry and its inherent problems.

National Geographic photographer James Balog travels across the Arctic with time-lapse cameras designed to record several years of footage of the world’s changing glaciers. Visually stunning, but with a pressing message of sustainability and preservation.

A Fierce Green Fire presents a history of environmental movements, 50 years of grassroots and global activism from conservation to climate change. An ode to the environmental action that people have taken over the decades and the power of the people in challenging political decisions.

A documentary on how water shapes humanity, Watermark brings together diverse stories from around the globe exploring our relationship with water: how it shapes us and, in turn, how we shape the very thing we are dependent on.

Origins considers the idea that, in being the ruling species on this planet, humans have strayed too far from their natural way of life, injecting ourselves with chemicals, bad nutrition and various unnatural elements. Could it be that the key to survival is a return to our evolutionary foundations?

Waste Land was nominated for Best Documentary Feature in the 2011 Oscars. It tells the story of contemporary artist Vik Muniz, who travels to the world’s largest landfill in Rio de Janeiro and works with catadores, pickers of recyclable materials, to create works of art, exploring the power of art and the importance of recycling.

Lucent uncovers the realities of Australia’s pig farming industry, with hand-held and hidden camera footage. It sheds light on the unacceptable practices and cruelty taking place in these pig-farms on a daily basis.

Linkedin
RELATED ARTICLES
OTHER ARTICLES
Following the release of his debut single, Deyaz talks battling addiction, dealing with his struggles through music, and building a budding music career from his living room.
Social prescribing connects people with non-medical support to improve their health and wellbeing – but some experts worry it’s just a stick plaster solution.
A recent High Court ruling against the right to wild camp in Dartmoor National Park sparked the largest land protest in history – and campaigners say their fight is not over yet.
A new podcast is opening up the conversation between trans women and trans amorous men in the hope of building coalitions.
Activists and campaigners are fighting back against new laws that would seriously undermine the ability to take industrial action, calling it an attack on fundamental workers' rights.
As she gears up for the release of her first book, the 24-year-old climate activist talks standing up to authority and building a more inclusive movement.