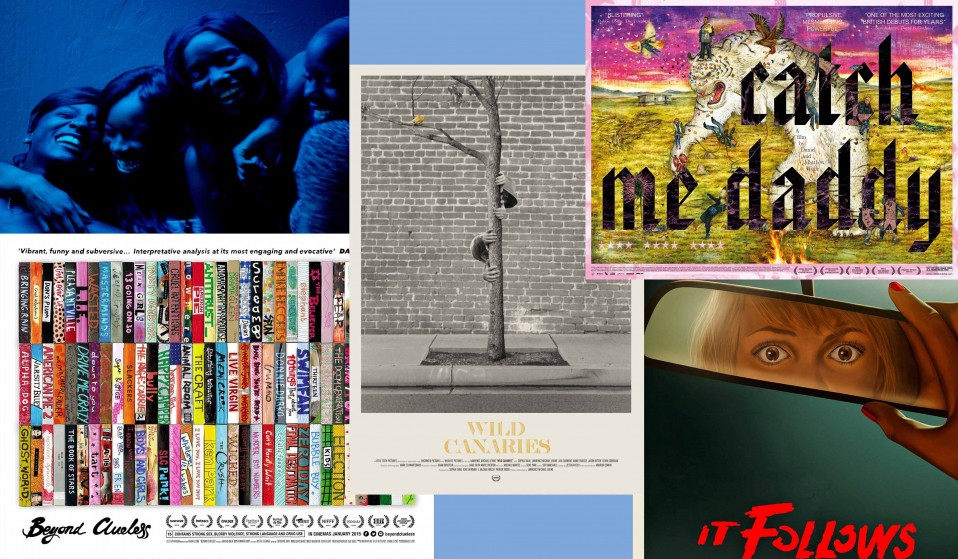 White tigers, mad women, and every teen movie ever made are among the components making up this year's very best in film poster artwork.

White tigers, mad women, and every teen movie ever made are among the components making up this year's very best in film poster artwork.

2015 saw the further development of interesting movie poster trends, with a continued emphasis on looking to the past for inspiration. While multiplex corridors remained mostly driven by star-heavy imagery, full of glamorous photoshoots and parades of A-list names, indie film continued to experiment with art and illustration.

Artwork with an emphasis on the ‘art’ was in. Filmmakers turned to graphic designers and illustrators to reinterpret themes in their films as striking, evocative prints. In a crowded indie marketplace, it’s never been such an important part of the promotional process. Here are Huck’s best of the year.

One of those works that far surpasses even the best requirements of a film poster, the artwork for British thriller Catch Me Daddy, designed by New York artist Mu Pan and the design agency Fraser Muggeridge Studio, is a stunning piece of illustration. Featuring characters from the film tangled in the body of an enormous white tiger, it’s a diverse tapestry of bones, angels, dogs and butterflies – a world where men scuffle in puffer jackets and bitter fathers stand stoically while carrying crying babies and blunt axes. 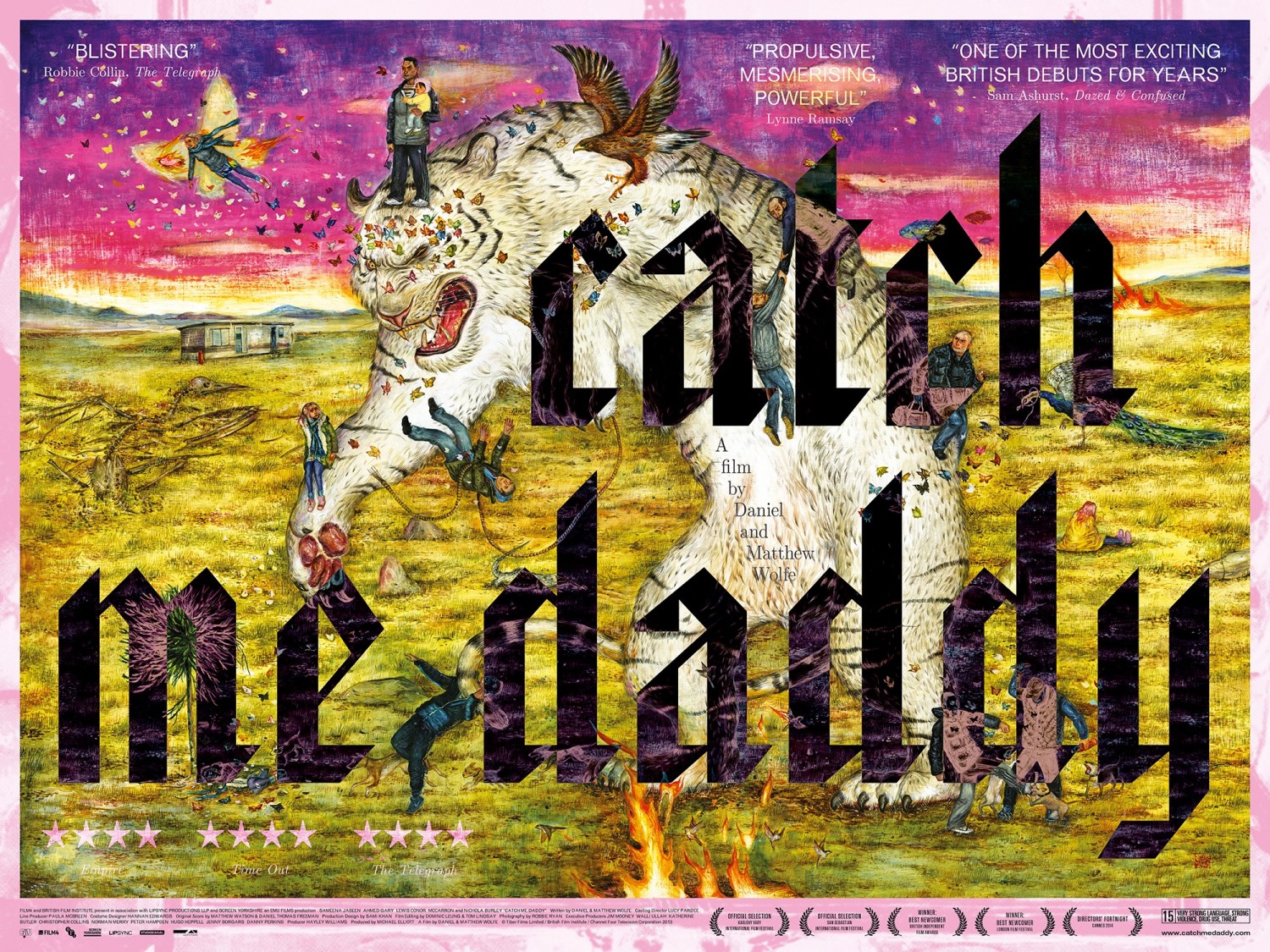 Illustrator Sam Smith often works with colourful block prints, and his graphic design for oddball true-life drama Kumiko, the Treasure Hunter follows a similar track. Smith creates a bold visual representation of the film’s central elements: the VHS at the heart of the film, the beauty of the North Dakota wasteland, and patterns directly referencing the patchy Fargo knitwear of the movie that inspires Kumiko’s quest. 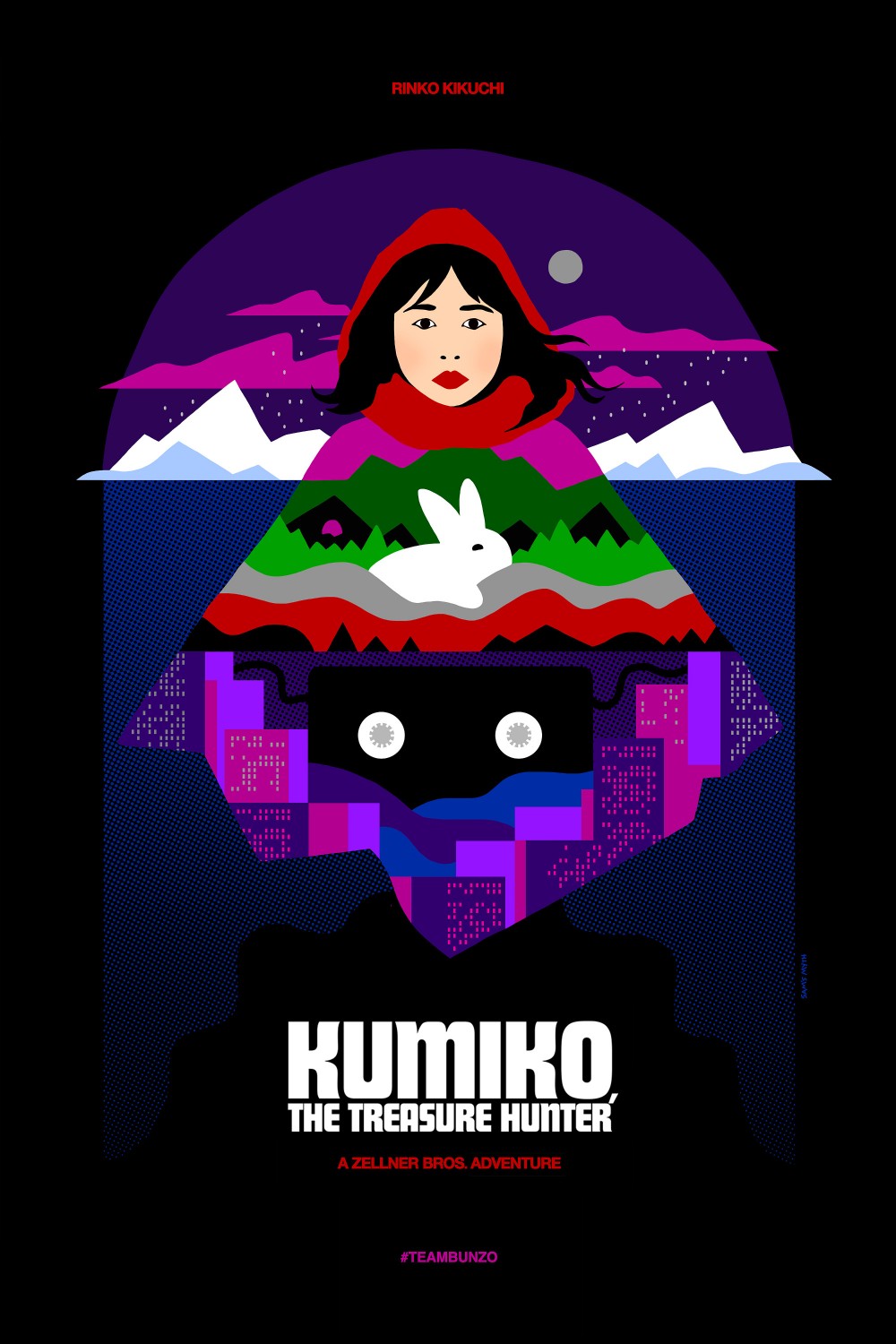 Queen of Earth marks director Alex Ross Perry’s third time working with illustrator Anna Katrina Bak, who was previously responsible for the artwork of his films Listen Up Philip and The Color Wheel. Here Bak takes inspiration from the gradual psychological breakdown of Elisabeth Moss’ character in the film, while the elegant typography surrounding her brings to mind tortured melodramas of the 1950’s. 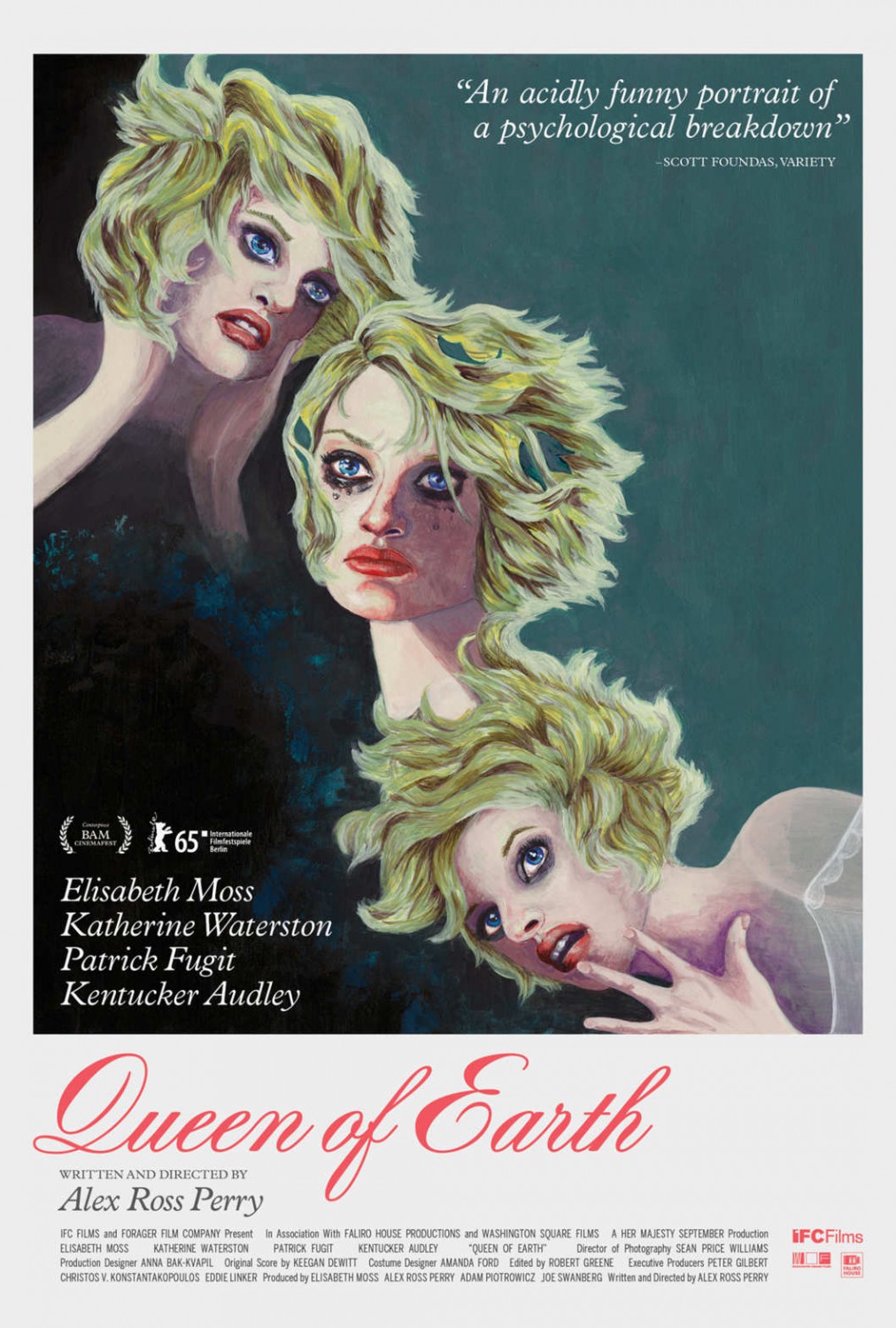 Sometimes the simplest images can evoke the deepest emotions. This poster for French coming-of-age drama Girlhood is case in point, the four female protagonists caught in a soft focus moment of youthful hysterics beneath what looks like grimy nightclub lighting. Designed by graphic agency This Time Tomorrow, also note the black shadow underneath the main typography, indicating the struggle behind the flirty pink veneer of the title. 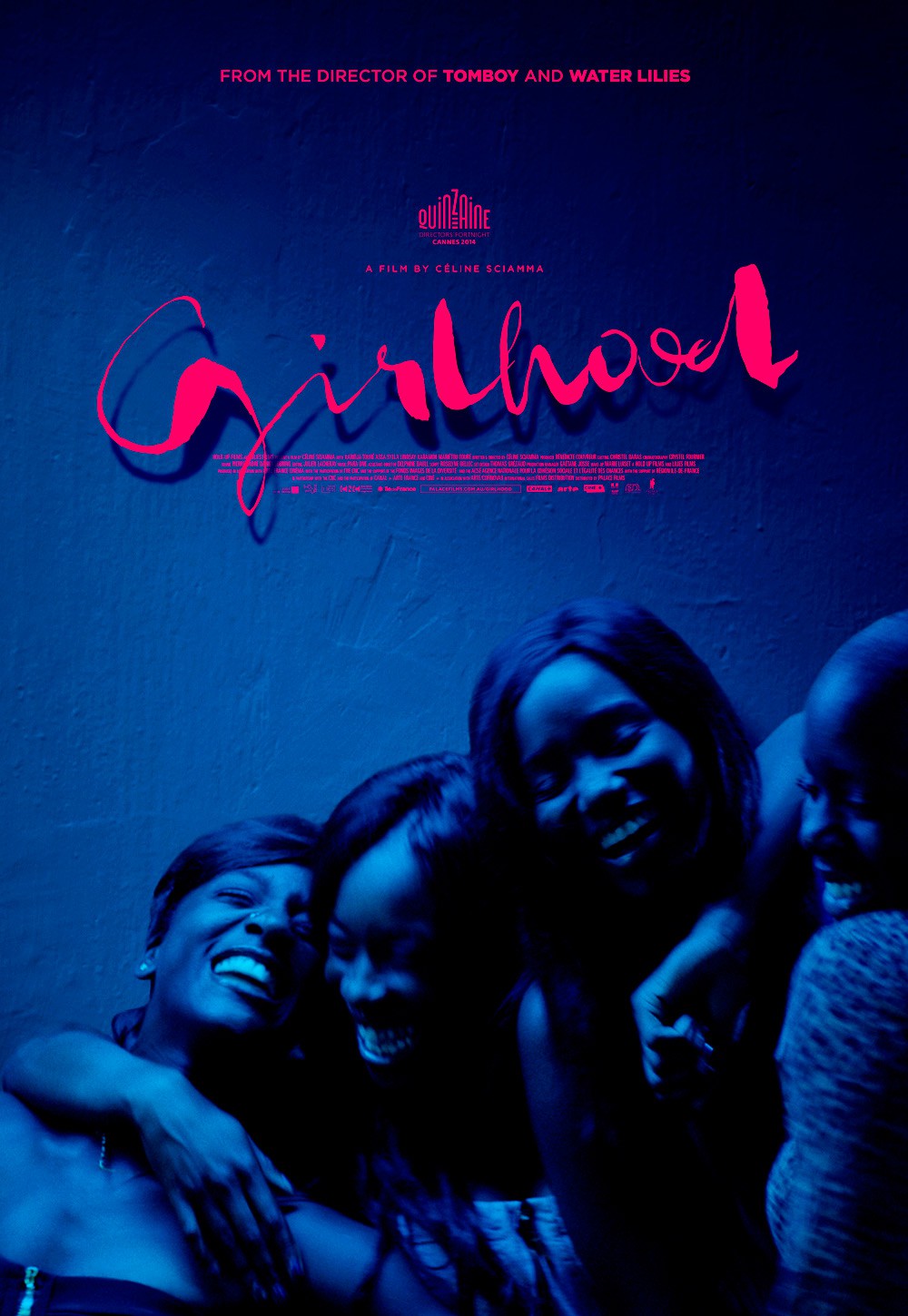 For a horror film accompanied by a shiny ’80s synth score straight of John Carpenter’s daydreams, artist Akiko Stehrenberger, one of the best currently working in the industry, understandably looked to the past when designing its poster. Retro posters for modern indie horror movies are nothing new, but this one is particularly cool: like a long-forgotten book jacket for a second-tier RL Stine novel. 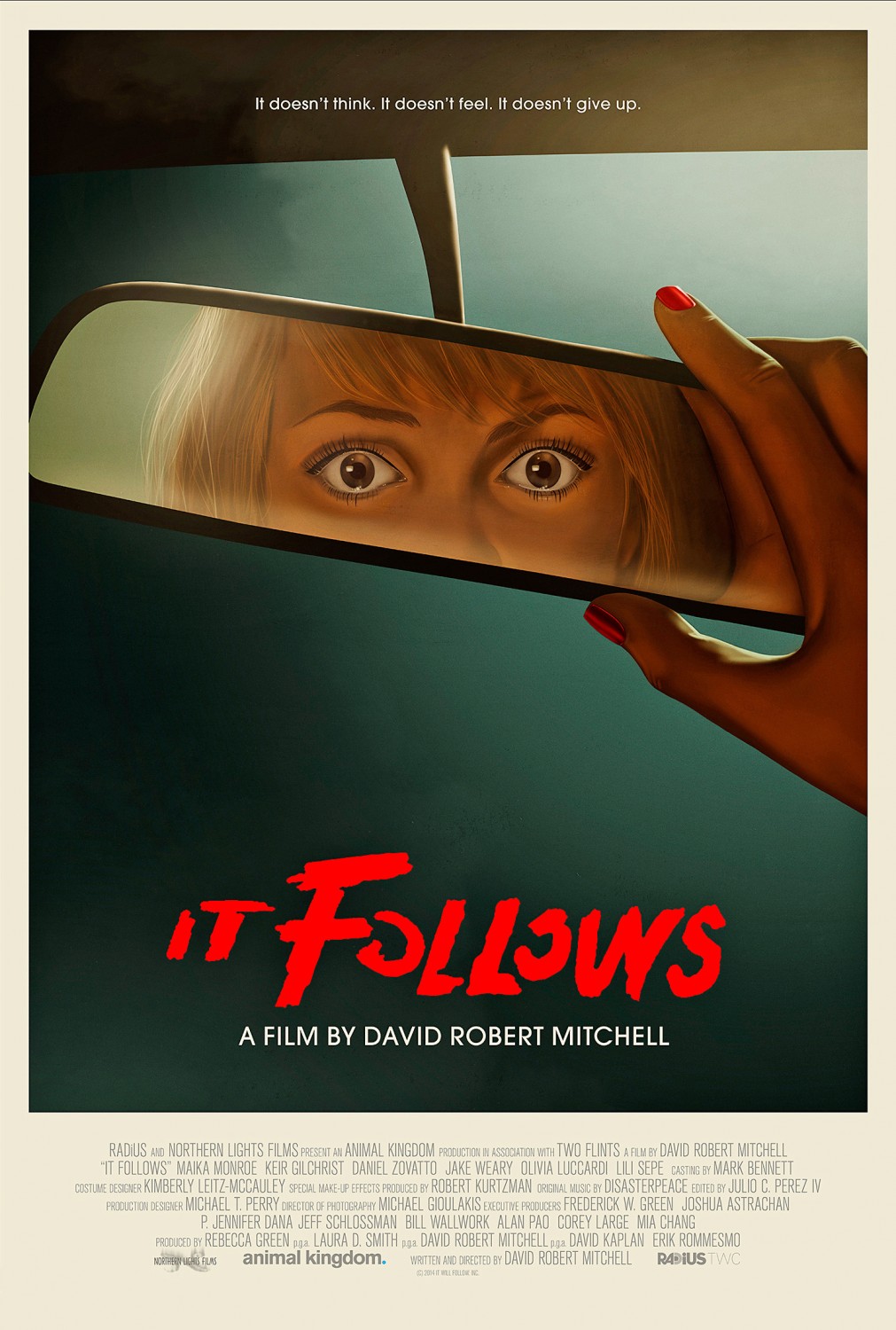 For this tale of two amateur detectives in New York City, designer Corey Holms puts a surreal spin on the traditional image of private eyes hiding behind the bushes on the hunt for clues. The glorious black and white wash-out underpins the noir fantasy the film’s leads indulge in, only broken up by the two colourful yellow birds of the title casually resting on a tree branch. 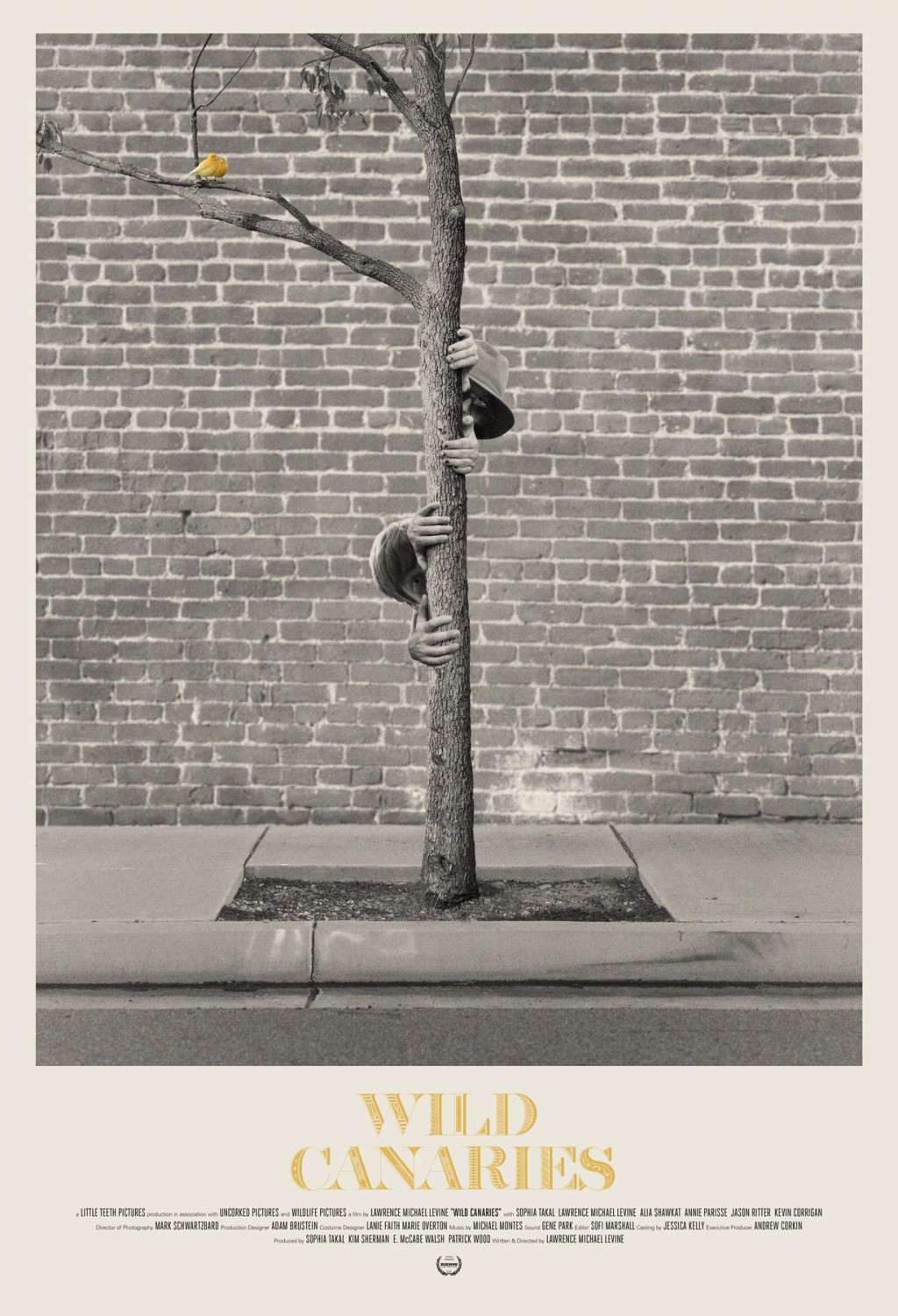 In the same way that his montage-heavy teen movie documentary utilised a little-known legal loophole to get around copyright concerns, writer-turned-filmmaker Charlie Lyne sought to exploit similar trickery for the film’s poster. Unable to use any actual imagery from the films featured, instead the poster depicts 102 VHS tapes, each one bearing a hand-drawn sketch of the film’s title surrounded by colours or patterns that best represent the movie. Our favourites are the toxic pox of Cabin Fever and the tiny, adorable Ghostface at the bottom of Scream. Chances are you won’t spend longer this year looking at a movie poster. 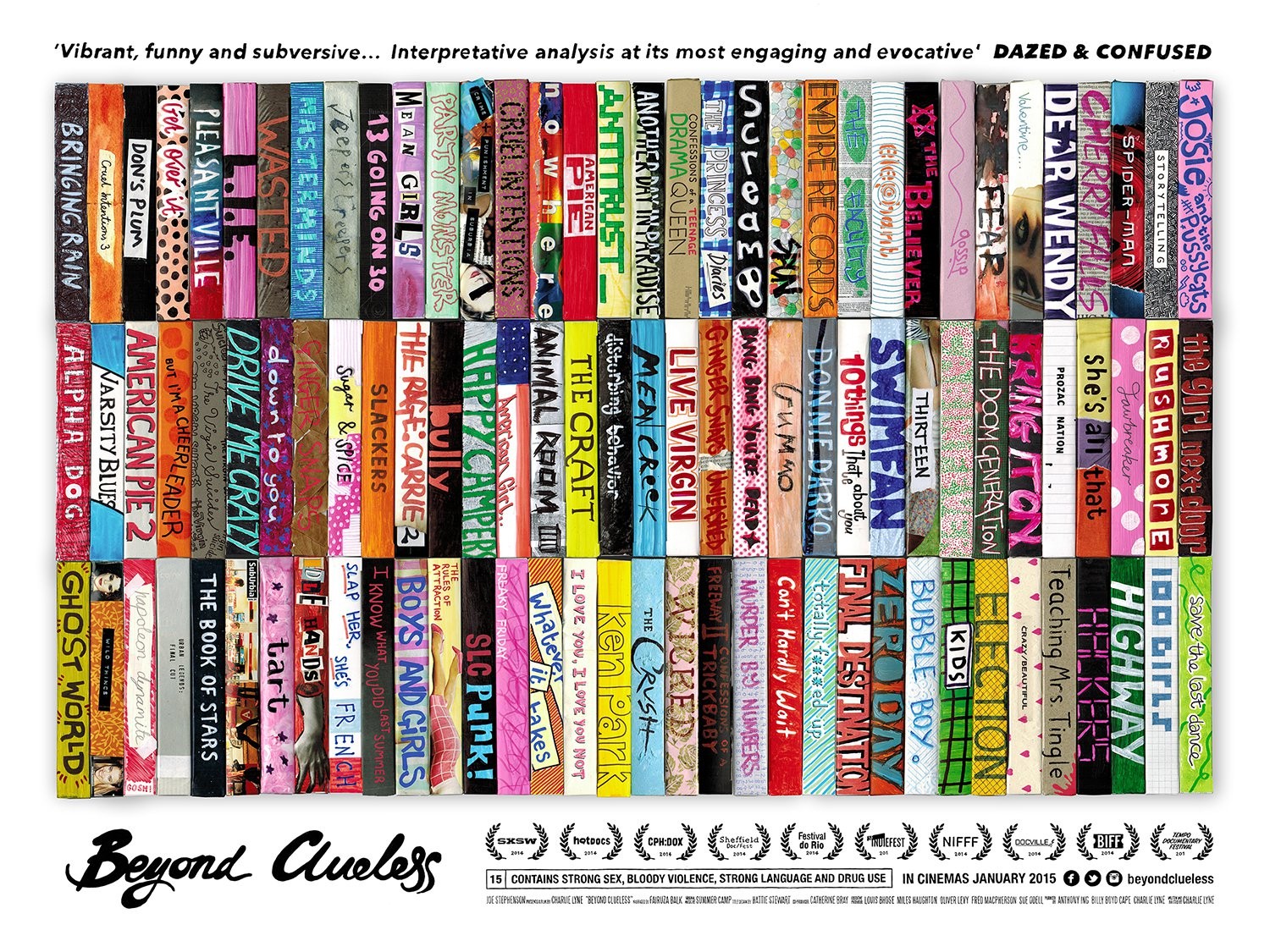 Have we missed any great ones? Tweet us @HuckMagazine with your favourites.

Linkedin
RELATED ARTICLES
OTHER ARTICLES
The Egyptian government are continuing the repressive mistreatment of environmental campaigners.
Following the release of their third album, the duo talk collaboration, family and connecting with the dead.
After a devastating fire, creatives in the city are coming together to call for more affordable workspaces.
Over the weekend, the United Families & Friends Campaign organised a protest calling for an end to deaths at the hands of the police.
Planet Ardbeg is a 40-page sci-fi anthology created by three cutting-edge artists.
Photographer Ira Lapu documents the lives of ordinary Ukrainians living amid a brutal conflict.