Art & Culture / The best satire from the Islamic world 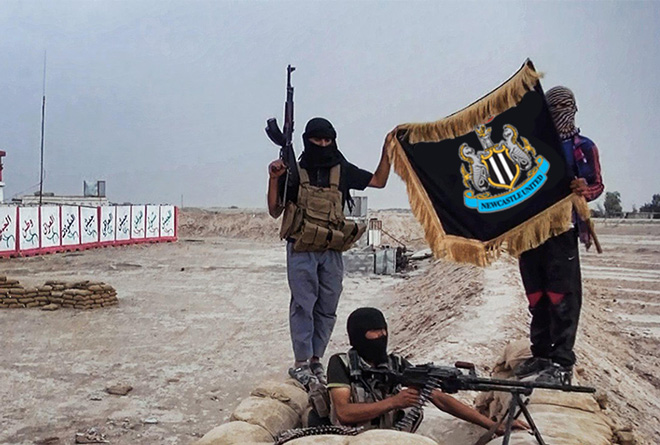 Charlie Hebdo’s cartoons depicting Muhammad offended many in the Muslim world, but while the Prophet may be off-limits, the region’s comics have excelled in poking fun at jihadis, radicals, dictators – and themselves. Arab satire has long provided relief from the repressive regimes who have dominated the region and today plays out to an audience of millions on mainstream TV channels and online, as The Guardian reports. Despite the increasing conflict and rise of groups like ISIS posing a far greater threat locally than to the West, homegrown satire is in good health. 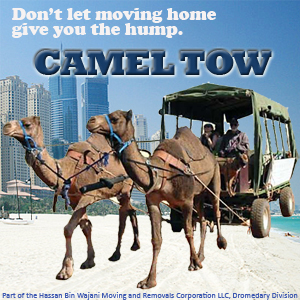 The Middle East’s answer to The Onion or The Daily mash began life as The Dubai Enquirer, before fizzling out as Dubai became a parody of itself – “It’s difficult to satirise a place that was building rotating towers.” It was reborn as The Pan-Arabia Enquirer, with a mission to ‘Spread[] the hummus of satire over the flatbread of news.’ Some of the best article titles include, “Gulf braces itself for deluge of ‘Islam is a peaceful religion’ articles”, “Ultra-conservative Saudi cleric unsure what all the ‘Dry January’ fuss is about” and “New Islamic State jihadist accidentally packs wrong black flag.” (pictured above)

As ISIS militants drove further into northern Iraq, local TV channel Al-Iraqiyya aired The Superstitious State, a ragtag musical comedy parodying the jihadist army. It features a surreal wedding attended by Heath Ledger’s The Joker where a Jewish woman weds the Devil. The odd-couple give birth to an egg, out of which an ‘ISIS-ling’ emerges – Abu Bakr al-Baghdadi. After a sing-along chorus of “Where are you, oh beheader?” in the final party scene, Baghdadi shoots all of his guests and blows himself up.

No Woman, No Drive

Royalty and religion are no-go areas for comics in Saudi Arabia, but Fahad al-Butairi skirts around the authorities by using coded messages to discuss social and economic issues and corruption. In this YouTube clip that has clocked up over 12 million views, Fahad channels Bob Marley to poke fun at his country’s absurd ban on women driving.

Even the leader of brutal ISIS needs to take a moment sit down on the psychiatrists couch and calm his psyche. After all, establishing an Islamic caliphate is fraught with challenges that would stress out any would-be terror boss. In an “unrivalled scoop”, London-based Lebanese satirist Karl Sharro releases the transcript of a session between Baghdadi and his psychiatrist, where al-Baghdadi reveals his anxieties about his personal image and the lack of a go-to handbook for Jihad.

Psychiatrist: Ok don’t get touchy. How did you feel after the announcement? Satisfied? Did you work on that plan of personal aims that we have been talking about?

Caliph Ibrahim: At first I felt proud, but then people started to make fun. To be honest it’s not going that great. I’m not so sure any more. Did I rush into this?

Psychiatrist: I’ll be honest with you, I don’t think there’s ever a right moment to declare the caliphate. Who’s the caliph?

Caliph Ibrahim: I am!

Psychiatrist: Wow. And you still drive that old Toyota?

The Arab Spring helped former heart surgeon Bassem Youssef become the most-watched satirist in the Middle East and earned him the title of ‘Egypt’s John Stewart’. He captured the mood of the 2011 revolt against Hosni Mubarak and his show which began life in his spare bedroom was catapulted onto 30 million TV screens across the country. Youssef is a devout Muslim and never criticises Islam, but was deeply critical of Mohamed Morsi’s Islamist government who ran the county from 2012-13. “Religion, I’m not touching religion,” he told The Guardian. “I’m actually attacking people who are using religion and give [it] a bad name.” After the military coup that removed Morsi from power, Youssef’s expert piss-taking of the powers that be became increasingly risky and within weeks his channel cancelled the show. In the clip above, Youssef’s November, 2011 episode of ‘The Show’ pays satirical tribute to those who lost their lives in the uprising against Mubarak.

Linkedin
RELATED ARTICLES
OTHER ARTICLES
The musician, DJ and founder of Monika Enterprise reflects on a career defined by revolution and rule-breaking.
Photographer Melanie Nissen recalls capturing the characters, fashions and rarefied chaos of a rapidly-expanding set of punk bands who helped to redefine the genre.
Jermain Cikic reflects on his experience of visiting the island of Samos, Greece, in the summer of 2021.
In Sheffield, food delivery drivers are fighting back against one of the giants of the gig economy.
In 1984, Martin Shakeshaft set out to document the miner’s strike as it really happened, using his photography as a tool for activism.
From the queues outside to the last ones standing, Francesco Mellina’s new photo book follows a night that has gone down in the Northern-Soul history books.