Art & Culture / The Congolese commando who chose wrestling over revenge 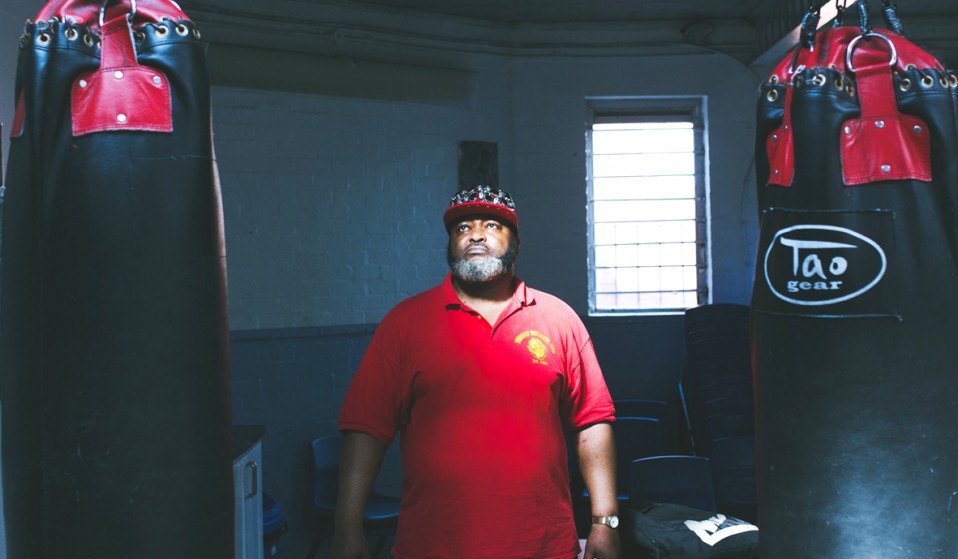 After several assassination attempts, Big Papa T fled for his life and lost everything. Now he's changing lives in London, where his quest for vengeance has turned into a mission to help others.

After several assassination attempts, Big Papa T fled for his life and lost everything. Now he's changing lives in London, where his quest for vengeance has turned into a mission to help others.

Makasi Tshikeva stands beside a line of punch bags in the gym at White Hart Lane’s New River Stadium. He’s barking instructions like a drill sergeant at a group of young teenagers practising different holds on the mats.

“Wrestling is not playing – no more playing!” he shouts in his lilting, accented English.

Makasi, a 57-year-old fondly known as ‘Coach’, is an imposing gure: his enormous frame squeezed into a t-shirt at least two sizes too small. 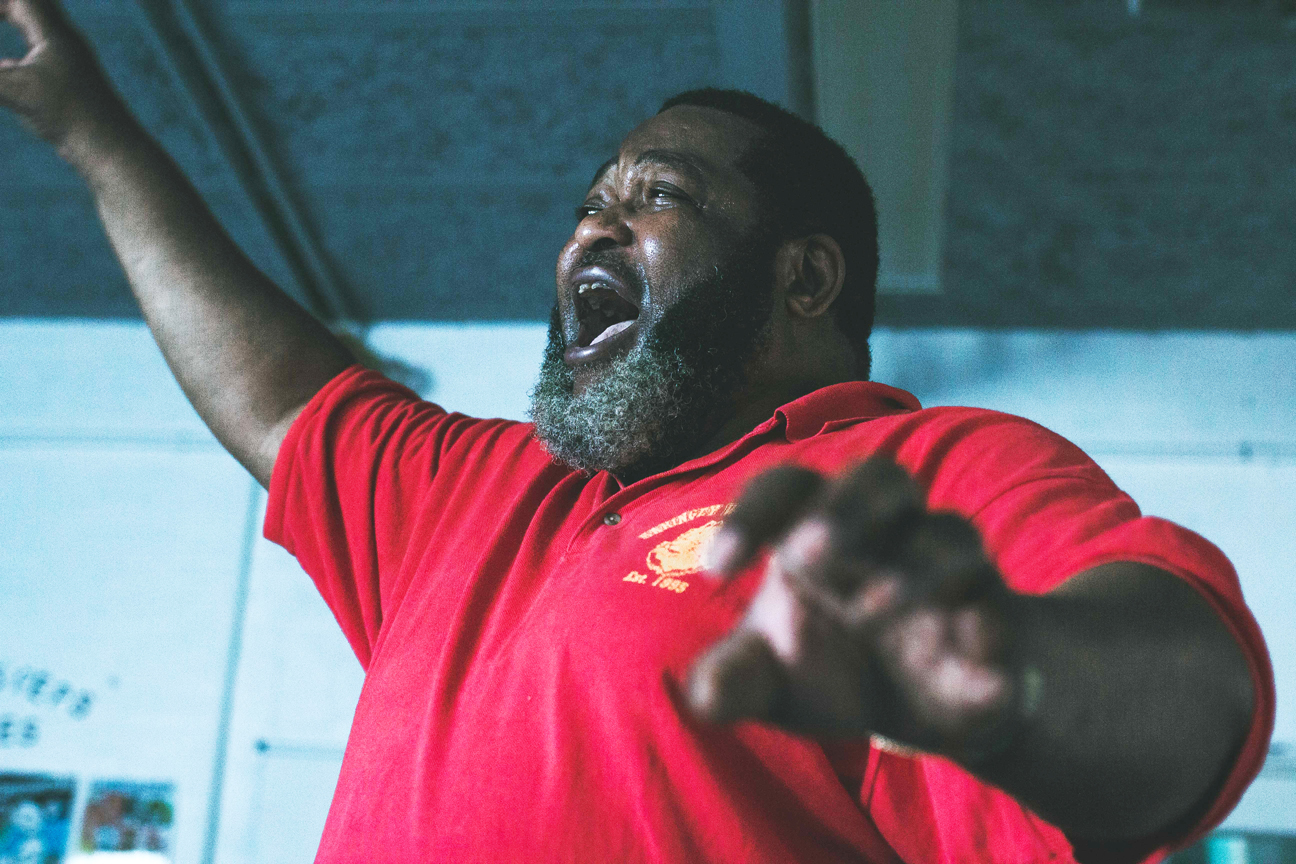 Known in the ring as Big Papa T, Makasi was one of the best – feted for twice defeating the mighty Edingwe Moto Na Ngenge, unanimously celebrated as the best Congolese wrestler of all time.

“Wrestling is inside my blood,” he says.

As with most Congolese wrestlers, Makasi’s passion for the sport was inherited from his father, André-Bruno Tshikeva, who was a keen amateur wrestler. He was also a highly decorated general in the Congolese army during the tumultuous years following Congo’s independence in 1960. 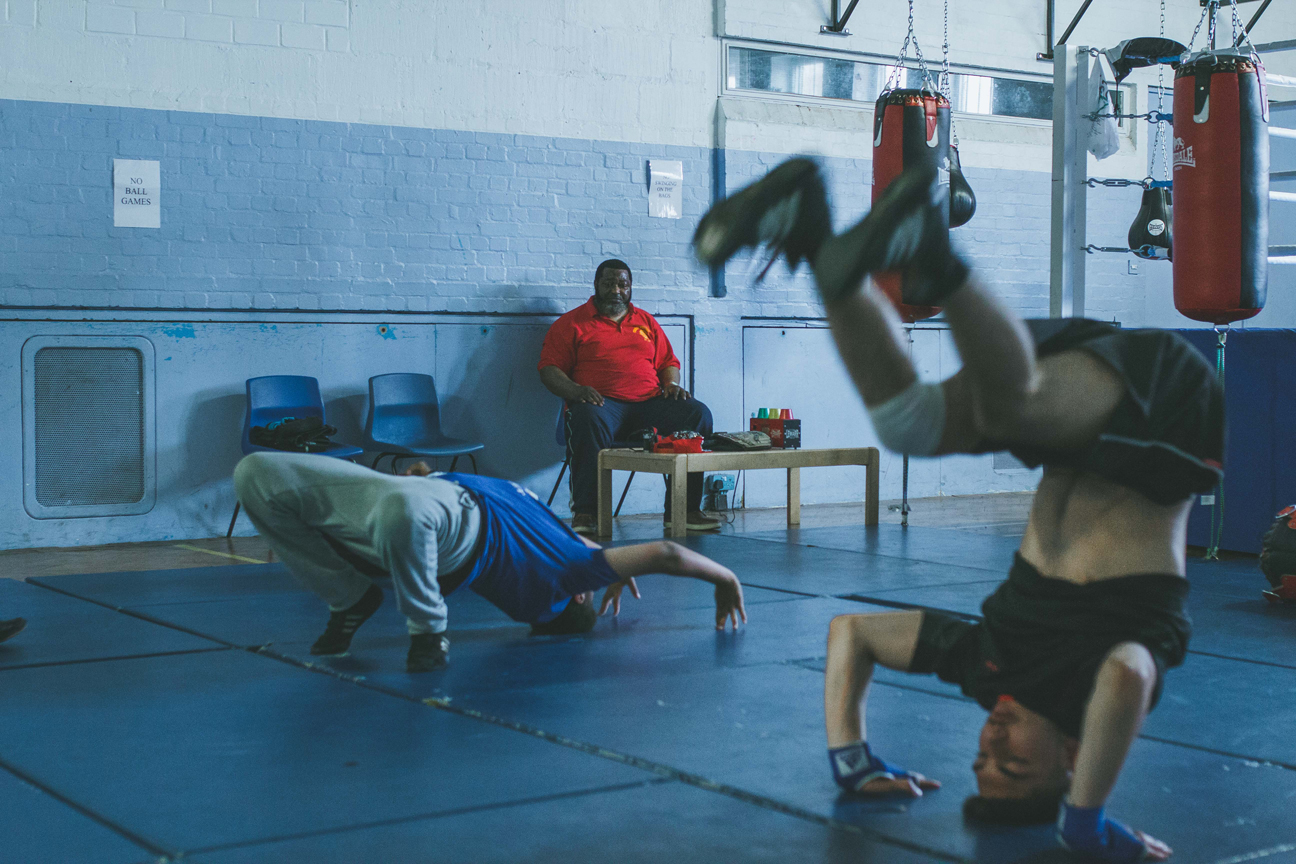 Makasi is well-acquainted with the trajectory of his father’s story. André-Bruno was a friend of Joseph-Desiré Mobutu, who would go on to rule the country – which he renamed Zaire – for more than 30 years.

But in a bid to consolidate his power, Mobutu began a campaign to eliminate military officers whom he deemed too powerful, and therefore a threat. In 1975, Makasi’s father was poisoned to death.

In his late twenties, Makasi joined the Congolese army with a view to avenging his late father. His physique and fearlessness helped him rise quickly through the ranks and become an officer, and later a member of the select commando elite assigned to the president’s private security detail.

“They used to call us the lost children, because commandos died all the time,” he says. “It was a very dangerous job.” 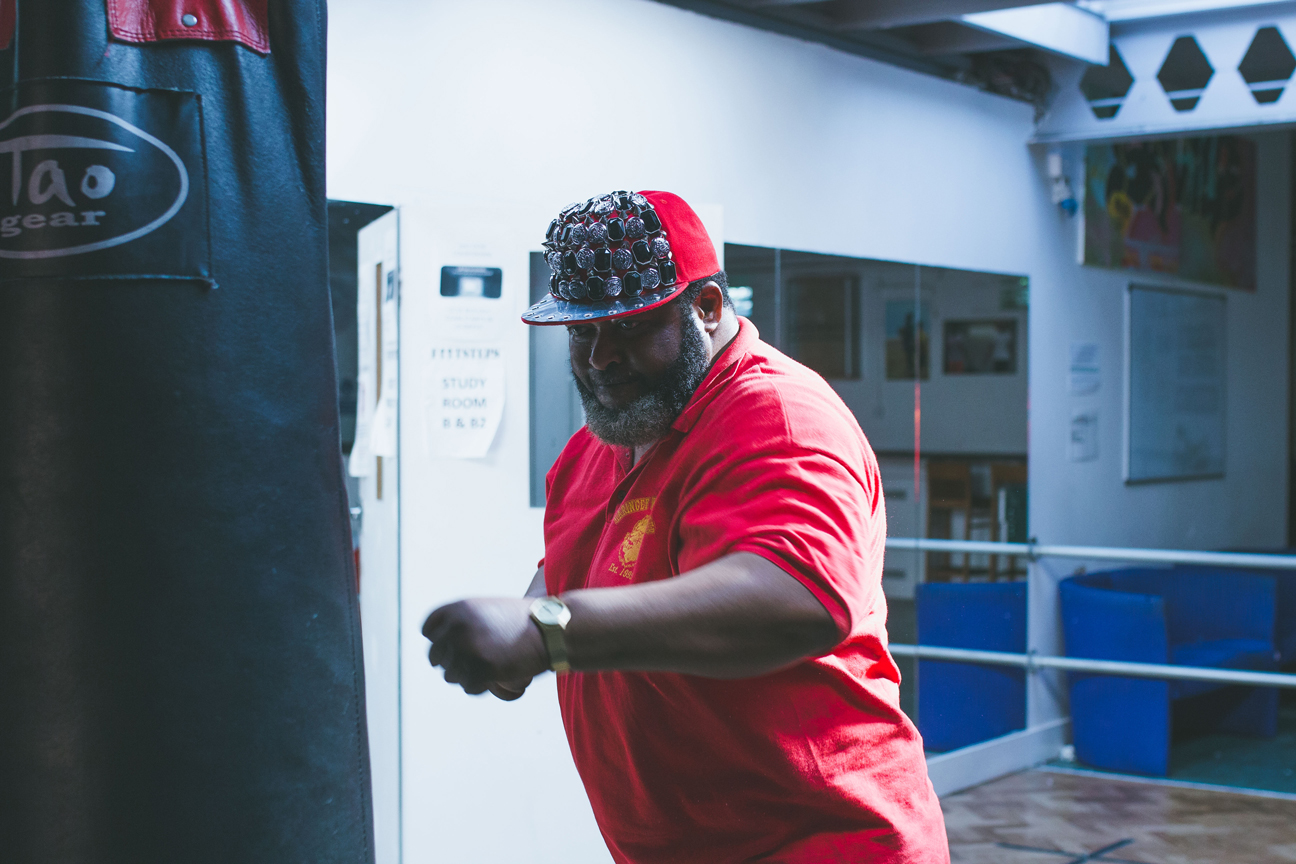 It was even more dangerous for Makasi than most: his father’s name followed him everywhere, and his superiors were suspicious, justifiably believing that he too might pose a threat to the president.

There were various plots to have Makasi killed but, thankfully, he was always tipped off. Being known as the best wrestler in the army likely saved his life.

“People knew me, and they liked me,” he says, “so they wanted to protect me.”

Makasi says he didn’t pay much heed to the various attempts on his life until his wife gave birth to their first son in Kinshasa.

“When I saw my child for the first time, I thought, ‘I have to give him a chance for a better life.’” He gave up any hope of avenging his father’s death and sought asylum with his family in the UK. They arrived in Tottenham in 1991. 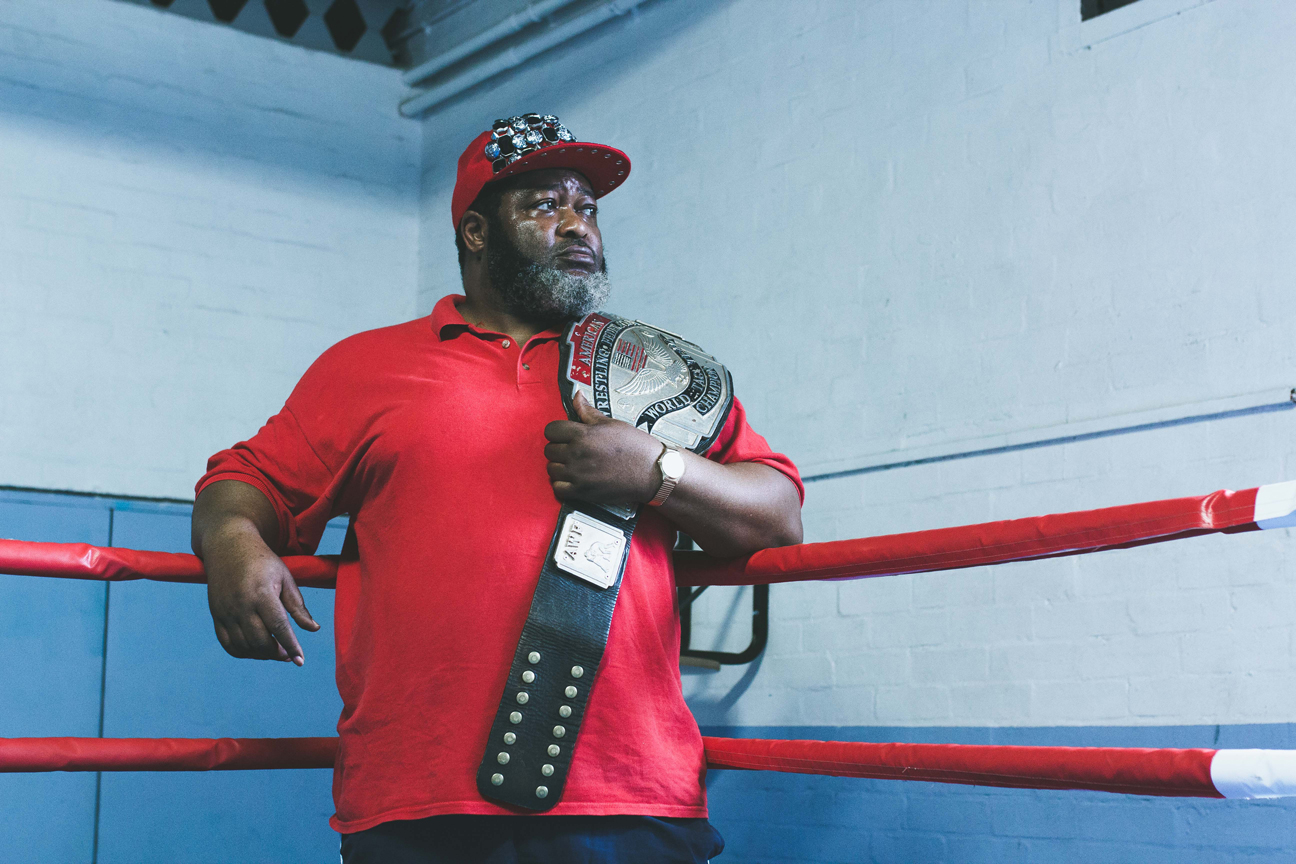 In London, Makasi faced a conundrum: leave wrestling behind and risk a life of regret, or bring it with him. Within six months and with almost no English, he was training close to 50 young students, mostly from difficult backgrounds.

“Wrestling helped to keep these kids off the streets and away from crime,” he says. “It made them a part of something and taught them discipline and respect.”

The motivation for Makasi’s youth work was shaped by his own childhood. His parents went through a rocky divorce when he was six years old, and he was sent to a draconian boarding school far from family.

“I was left alone, without love, without any support,” he says. “I don’t want other kids to have that same life, because I know how hard it is to go through that.” 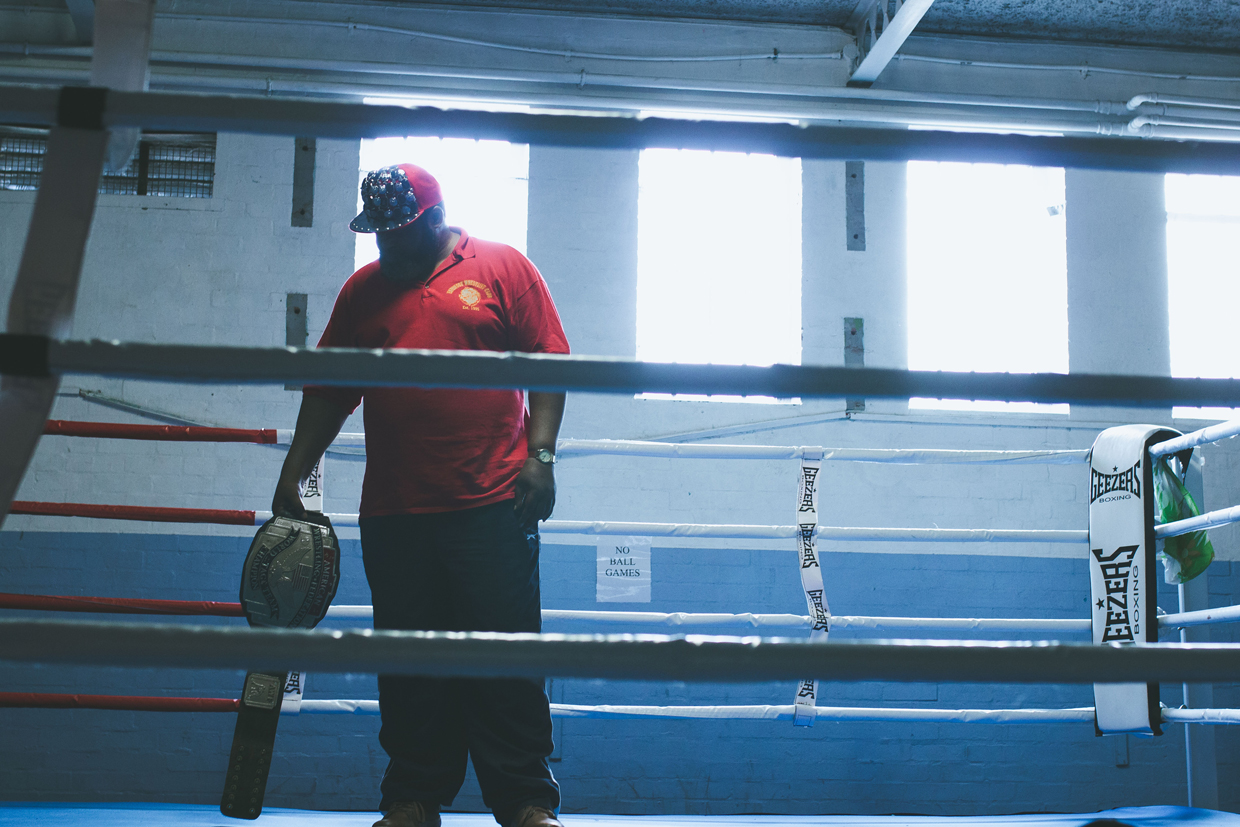 In 1995, Makasi opened Haringey Wrestling Club and, soon enough, his young wrestlers were beating everyone on the circuit.

“People couldn’t believe that this group of black guys were beating all the other wrestlers, who were white. People didn’t think that wrestling was for black people.”

He pumped his own money into this nascent scene, making sure his wrestlers were paid for their fights, and worked nights as a bouncer as well as an extra in films. He even has a bit-part in the forthcoming installation of the Star Wars franchise.

Along the way, Makasi’s own accolades piled up. He won the prestigious American Wrestling Federation belt that once belonged to ‘Macho Man’ Randy Savage – one of the most famous wrestlers of all time – and became renowned for his comic air in London’s UWA wrestling circuit.

But the real goal, Makasi says, has always been to rid himself of the gauntlet. His six children have all gone on to become champion wrestlers, while many Team GB hopefuls – including young local Chloe Spiteri, who is currently training for the Rio Olympics 2018 – have had the pleasure of calling Big Papa T ‘Coach’.

“As a refugee coming from Africa, no one gave me a chance,” he says. “When I arrived, I was cleaning toilets. I had to start from zero. I was full of regrets. It was not easy to begin life again and to make something of myself, but I did it.” 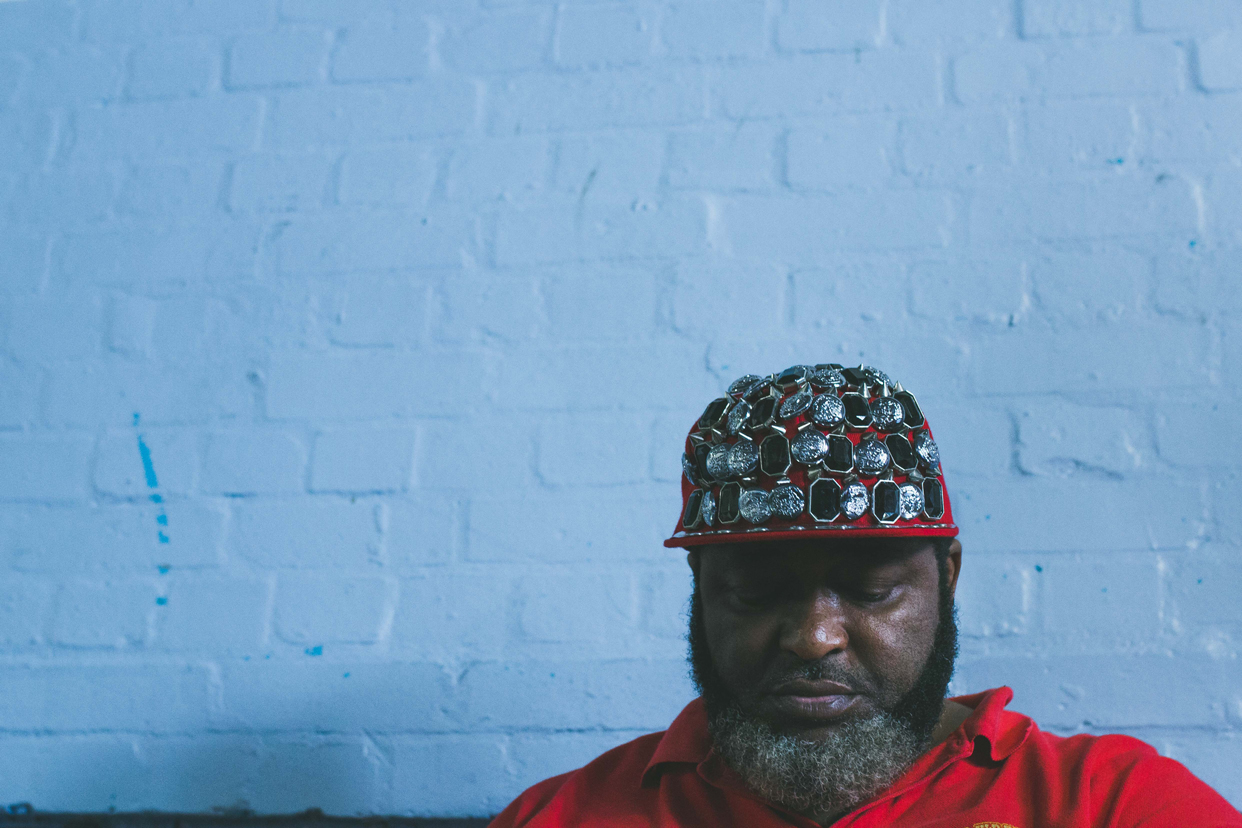 And the dream doesn’t end there. Makasi hopes to one day build a 15,000-capacity wrestling arena in Haringey, which would be the first of its kind in the UK.

“There will be big fights every Friday, Saturday, Sunday,” he says. “Then wrestling will be back for real, back forever. That’s the goal.”

And yet, for all that London has brought into his life, Makasi still yearns for closure: he plans to return to DRC in the near future – despite the persisting risks – and clean up the notoriously unruly Congolese army.

“My Dad made the Congolese army,” Makasi says. “He put it on the map. It used to be the best in Africa because of him. Mobutu erased my father’s legacy, his history, my future. I need to bring that back.”

Linkedin
RELATED ARTICLES
OTHER ARTICLES
Ahead of the policing bill reaching its final stages in the Lords, protestors came together to rally against the legislation.
From the queues outside to the last ones standing, Francesco Mellina’s new photo book follows a night that has gone down in the Northern-Soul history books.
Hundreds gathered together to protest the policing bill by making as much of a racket as possible.
In Sheffield, food delivery drivers are fighting back against one of the giants of the gig economy.
With a new bill seeking to further criminalise asylum seekers, the work of a group of volunteers monitoring small boats in the English Channel is all the more vital.
Photographer Yan Morvan revisits a radical moment in history, which saw the emergence of a fiercely-rebellious spirit among the UK‘s youth.