Art & Culture / ‘Black artists need to learn how to empower themselves‘ 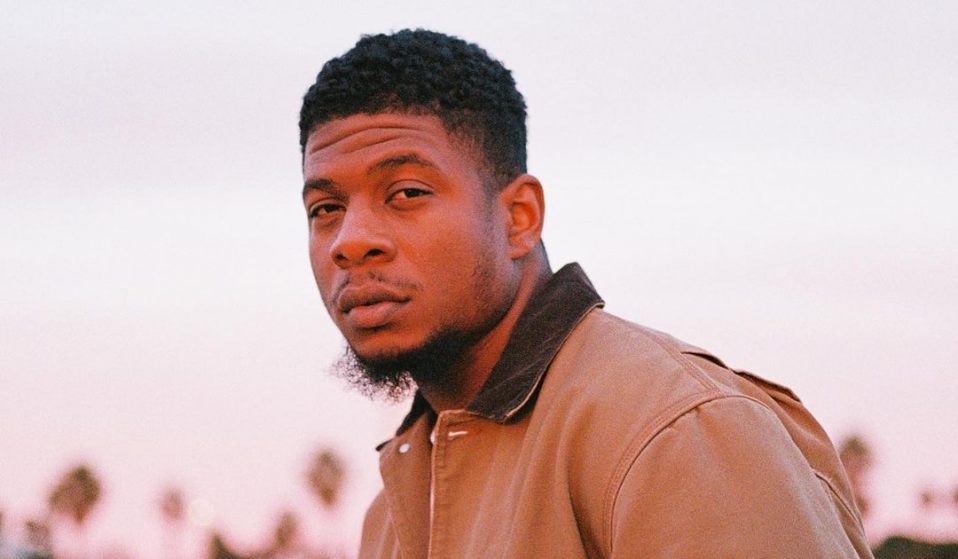 Following the release of his latest album, the rapper talks about the influences that have shaped his sound so far and making music that connects with the average listener.

Following the recent release of his third studio album, the rapper talks about the influences that have shaped his sound so far and making music that connects with the average listener.

Mick Jenkins recently went on a hike with his wife and stumbled upon a private beach that looked like paradise. Beyond the tranquillity of this intimate moment, the 30-year-old rap artist says it represented a special kind of personal growth.

“I didn’t even think to take a video and post it on my social media,” he tells me during an early morning phone call. “I used to be super into doing that type of shit, but I don’t need to think like that anymore. All these moments are just for me.”

This level of contentment is reflected all across Jenkins’ latest album, Elephant in the Room, where the artist sounds infectiously laid back and rational; someone desperate to impart wisdom and inspire others to find themselves beyond a reflection in a smartphone screen.

Among its highlights, the scathing “Things You Could Die For If Doing While Black” points to the kind of everyday activities Black people can get murdered for doing in America – whether its jogging, sleeping in a car, calling the police for assistance, or even just smoking weed. The cinematic song points out a double standard and the fears that white people simply don’t have to contend with.

The soothing ‘Is, This Cigarettes’ has the artist doubting the validity of information shared on the internet. He reminds the listener of his rough journey from the South Side of Chicago, rapping: “A ni*** born from pain / remember when I would hit purp’ up for that quarter thang / we got that bullshit off my shoulders like a halter top.” Tonally, this song feels like dipping your toes into the ocean and contemplating your life choices amid a neon sunset.

Like every great Mick Jenkins’ project – of which there are many – Elephant In The Room reflects the artist’s quest to become a better man and be defined by more than just his trauma. But it is arguably looser and less earnest than some of these previous releases, proving the artist is more than capable of growth ten years into his career. “Elephant In The Room is about looking at life’s big challenges and having confidence you can overcome them,” Jenkins agrees.

“I felt a real type of freedom [making this album]. That’s not to say I have been unhappy in the past, but I think people in general don’t realise how much peace in your home life will result in better art. So often, Black artists buy into this cliché that going through strife results in the best art. I am in a good place in my marriage and also mentally speaking. Subsequently, this is some of my best ever music! If I stay making $150k a year off my business, and perform three to four months of every year, then I’m more than happy with that reality.”

In truth, it’s hard to understand why Jenkins isn’t making millions. Since emerging with 2012’s self-aware The Mickstape, the artist has consistently pushed against the tide, with thoughtful freeflow verses that consider how gentrification has made the Black-owned stores on his block tumble down like Jenga and even the need to purify yourself with water. “Wars will be fought over water in the future,” he assures me.

On 2014’s gorgeous “Jazz”, amid heavenly flourishes of a vibraphone, the emcee successfully tempted a new generation into understanding the lineage that aligns hip-hop with jazz musicians like John Coltrane, Charlie Parker, and Miles Davis. Besides being an astute rapper, the artist also has a natural ability to switch things up with cerebral R&B melodies that sound like Maxwell if he read more Ralph Ellison. New song ‘Gucci Tried To Tell Me’ is a great example of this.

Yet arguably, Jenkins’ refusal to play the social media game has delayed his mainstream impact. Not that he cares too much. “Sometimes I wonder if using TikTok would give me a [career] boost, but then I remember how unhappy all that shit would make me feel,” he admits. “Winning Grammy’s and playing arenas would be nice [in the future], but personal growth is the most important thing. I don’t need to worry about people sleeping on my music cos’ the real rappers and rap fans know I am one of the best out.”

Huck caught up with Jenkins to discuss the artists that inspired him growing up, what advice he’d give to his younger self and empowering his listeners.

What I love about you as a lyricist is you’ll share an extremely personal memory in the middle of a verse. It could be about sleeping on the floor as a kid, so your cousin could get the bed, or even missing your grandma’s death because you were too busy in the studio…

I always try to make things relatable. Sometimes I hear emcees talking about having Basquiat paintings on their walls, but a lot of the people listening are never going to be rich enough to own that shit. Rap has a lot of flossing and braggadocio, so I like the challenge of making everyday, mundane things, like drinking water or baking bread with your girlfriend, feel like something worth boasting about. I want to take a step back and try to make the average man feel empowered by what he already has.

I remember when you said “Food is a whole ass drug / Ronald McDonald is a whole ass plug” back on ‘1000 Xans’. It really got me thinking about how working-class areas are always in close proximity to cheap fast food joints. It feels a little like a plan, right?

Ni***s try to explain and say it’s okay because it’s capitalism, but that song was showing how people are in a daze and not acknowledging what’s really going on. We got things called ‘food deserts’ in America, where whole poor communities with huge radiuses literally have no access to fresh food and everything is processed. It is to keep people back; it is to keep people stifled; and it is to keep people unhealthy. If you look at how all that shit funnels back towards boardrooms then it really is undeniable that it’s all part of some plan.

Who were the artists that inspired you growing up?

I remember being real small and in the back of a car rapping every line to a Biggie verse. My mom was like: “How the hell do you know the words to this?”. When I was a teenager, my older cousin handed me Little Brother’s The Minstrel Show and I guess that’s what really changed things. Listening to them led to Black Star then to Common, to Lupe Fiasco and Kanye West. An emcee like Phonte [of Little Brother] was so instrumental in my development because he spoke about regular shit, yet still sounded just as fly as the rappers who spoke about their jewellery.

There’s a lot more singing on this project. Do you ever envision a day where you put out, say, a whole neo-soul album?

The first song I ever recorded was me singing. I guess I listened back and thought it was trash, which led me on the path to be a rapper. Sometimes my voice can carry a song, sometimes my raps or the drums can, but nothing is catchier than a good melody. I think understanding that melody needs to be at the heart of the song composition has really helped me improve as an artist. Inevitably, my riffs and melodies are inspired by people like Sade, Jill Scott, and Maxwell.

I’m a big fan of serpentwithfeet, who lends his vocals to “Rug Burn” and “Scottie Pippen”. There’s something so honest about the way that he sings. Would you say he brought out more of a tenderness in your rapping?

Definitely. It gets buried sometimes, but he brought it all out. I wanted him to do background vocals on every single song; sadly, I only got him on like four. If you’re in the studio with him, it’s like he gives you license to be more vulnerable.

If you could speak to that kid who studied old Little Brother mixtapes, what would you tell him?

Don’t sign a deal. It’s the biggest mistake I ever made. As Black artists, we need to learn about ownership and how to empower ourselves.

On the excellent ‘Care Free’ from the Circus EP, you spoke about Black people struggling to live without fear. Ultimately, what does freedom look like for Mick Jenkins?

I always tell my wife that being free is about being a kid forever. When you are a kid, you are living purely for discovery. You learn every single day and that’s literally all you do. It’s definitely something to try to aim for. I guess I identify with the greats like Sade, Andre 3000, Mos Def, and Frank Ocean, because they participate as much as they want [musically] and then they go back home and live their lives. Andre 3000 can just wander the street playing the flute, smiling. There’s no pressure. That’s freedom to me.

Elephant In The Room is out now on Free Nation / Cinematic Music Group.

Linkedin
RELATED ARTICLES
OTHER ARTICLES
From Brooklyn gang members, to Welsh miners and the residents of East Harlem, Bruce Davidson used his camera to shine a light on the most marginalised.
In Sheffield, food delivery drivers are fighting back against one of the giants of the gig economy.
Photographer Melanie Nissen recalls capturing the characters, fashions and rarefied chaos of a rapidly-expanding set of punk bands who helped to redefine the genre.
Ahead of the policing bill reaching its final stages in the Lords, protestors came together to rally against the legislation.
Photographer Philipp Mueller reminisces on shooting Zurich’s thriving nightlife in an era fuelled by experimentation.
Hundreds gathered together to protest the policing bill by making as much of a racket as possible.