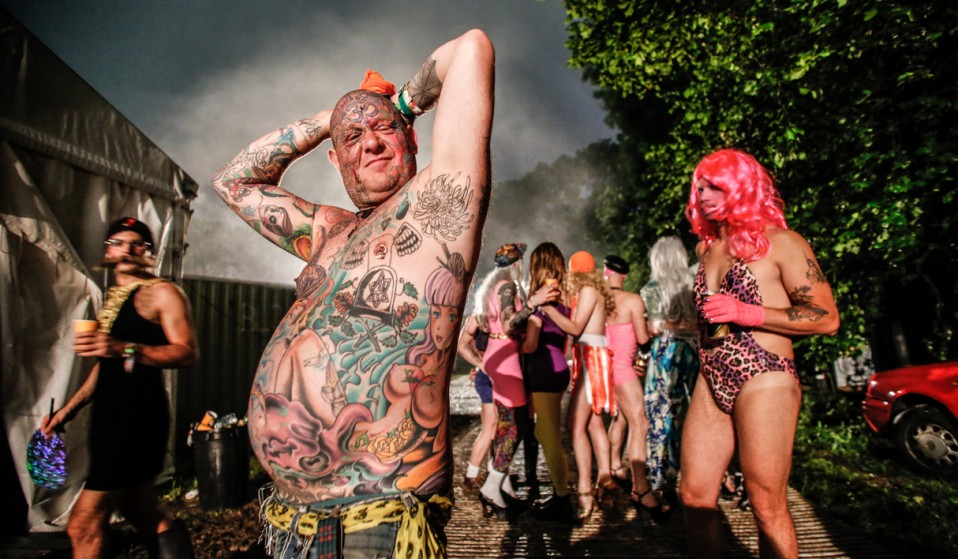 Block9 gave up factory work to run a factory of their own: designing stage productions for Banksy, Lana Del Ray and Gorillaz. This is how they did it.

Block9 left their jobs as factory workers to run a factory of their own: designing otherworldly stage productions for the likes of Banksy, Lana Del Ray and Gorillaz. Along the way, they’ve learned that fighting keeps things focused.

Gideon Berger had just put on a homemade mix CD when he first got talking to fellow prop-builder Stephen Gallagher. It was 2004 and the pair were working on the same crappy design job in a Southwest London warehouse – their mutual hatred of nine-to-five tedium sparking a close friendship. 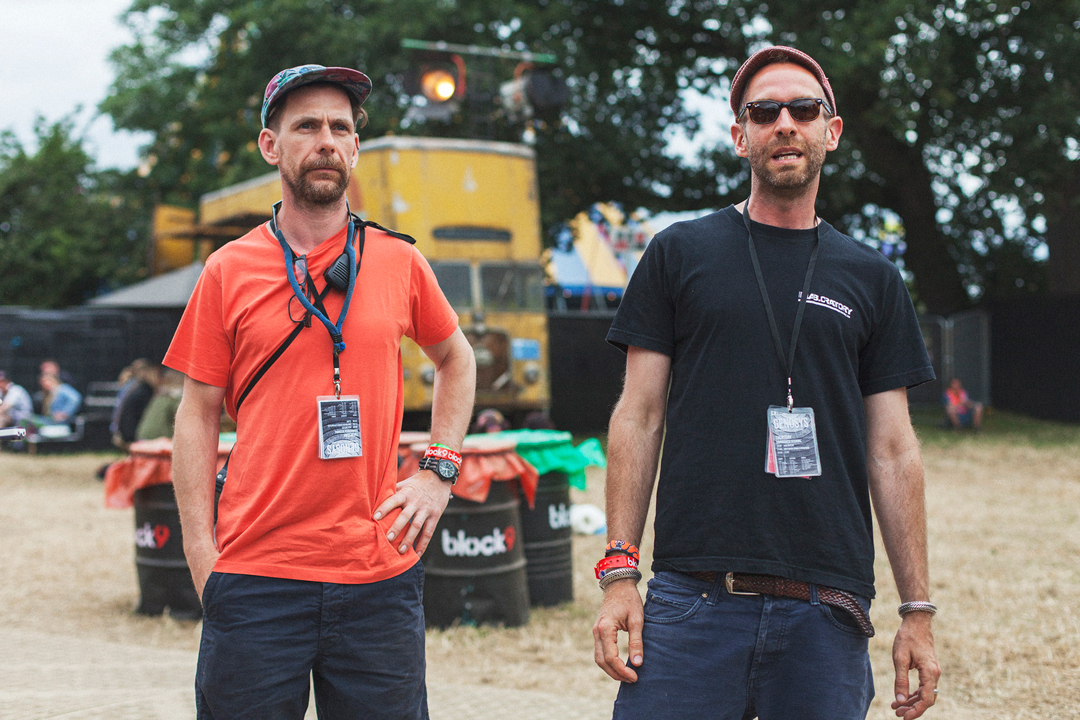 Gid’s real passion was rooted in the free-party scene, while Steve’s lay in sculpture and design. So, after Gideon came back from Burning Man feeling inspired the following summer, the pair realised the potential in combining their interests.

Together, as Block9, they would specialise in set designs that can transport audiences to another world.
They still work out of a London warehouse, this time based in Tottenham, but it’s for a labour of love that has paid off.

Block9’s knack for creating subversive spaces has led to a steady stream of high-profile collaborations, from building Banksy’s Dismaland Castle to designing stage productions for the likes of Skrillex, Gorillaz and Lana Del Ray. 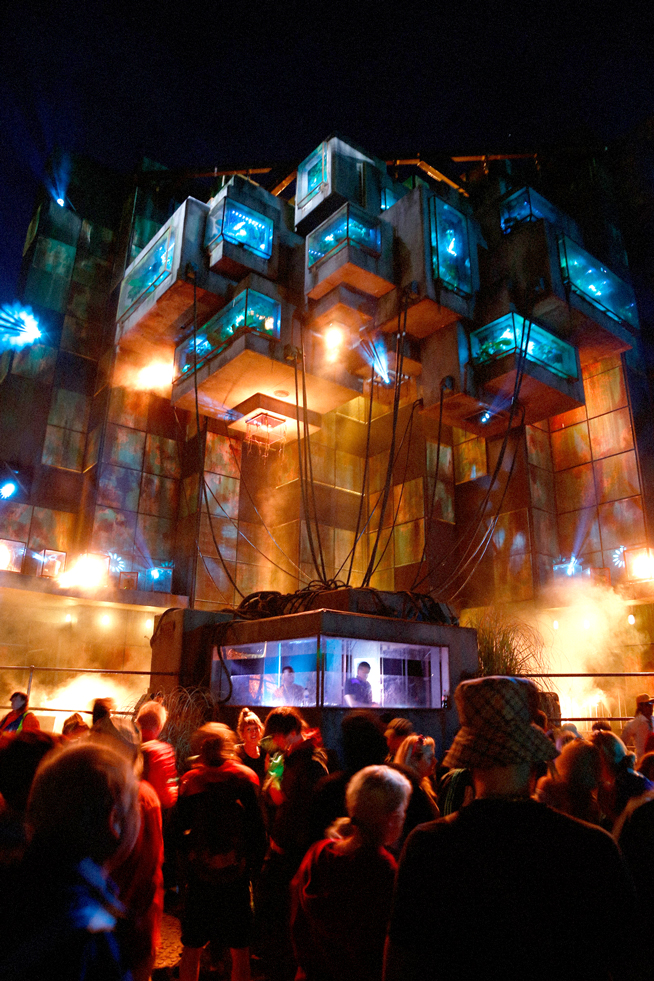 Today Gid and Steve, 39 and 45 respectively, are giving a tour of Glastonbury in the sweltering sun. It was here, in the festival’s hedonistic southeast corner (also called Block9), that the pair first put their installations into action 10 years ago with the NYC Downlow: Glastonbury’s first queer venue.

What was a small, sweaty celebration of LGBT culture organised by 15 people now spans multiple venues, requiring a team of around 700 to construct it over four weeks. Gid has personally programmed a line-up of 200 DJs across five different venues over the long weekend. 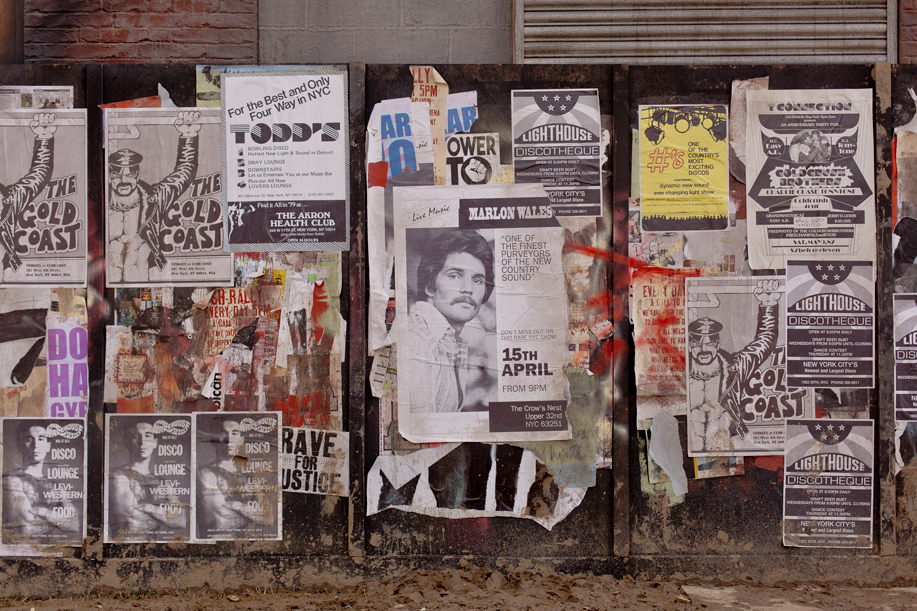 As they take a seat in the backstage area, ready to discuss their path to independence, it becomes clear that they enjoy overseeing the minutia. Every few minutes they’ll interrupt themselves to hop behind the bar and serve drinks to the crew.

“We are not interested in corporate brand partnerships or any of that crap,” says Steve, when asked about their core values. “We want to explore realms where musical experience meets art meets politics meets installation – and we want to continue outdoing ourselves.” 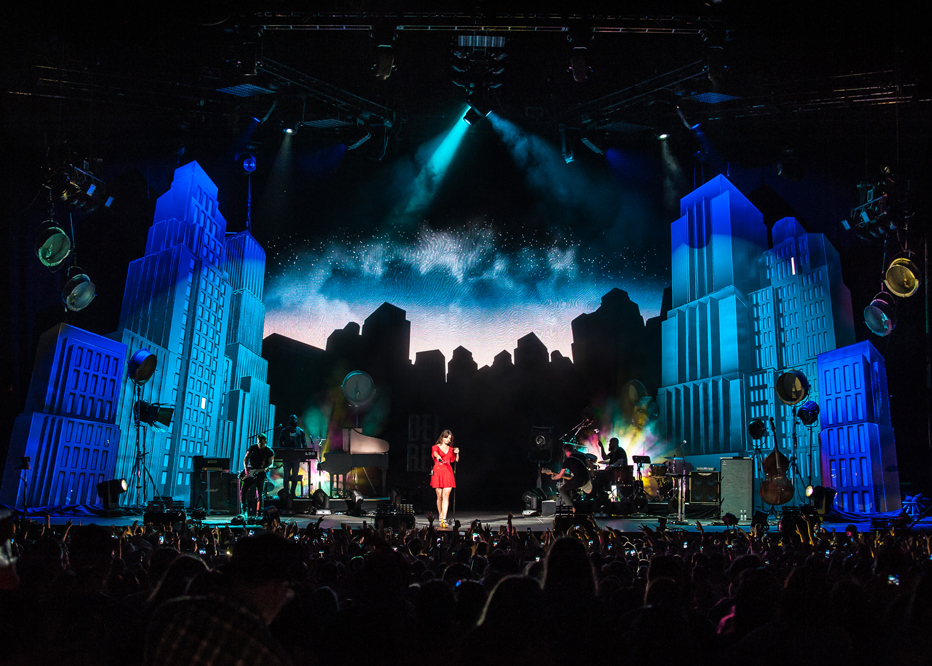 “People want realness, they want personality,” adds Gid. “We’re not good at editing who we are. We’re open, blunt and honest. I think in this day and age, when everything is so homogenised and formulaic, it’s easy to identify Block9 as something different.”

In person, the guys communicate in erratic bursts – playing off each other like brothers. It can get heated at times, they admit, but it always ends in compromise and understanding.

“Gid and I will lock ourselves in a room somewhere, take off the gloves and battle it out,” jokes Steve. “That’s how the creative part works for us, however unconventional. It’s what makes Block9 what it is.” 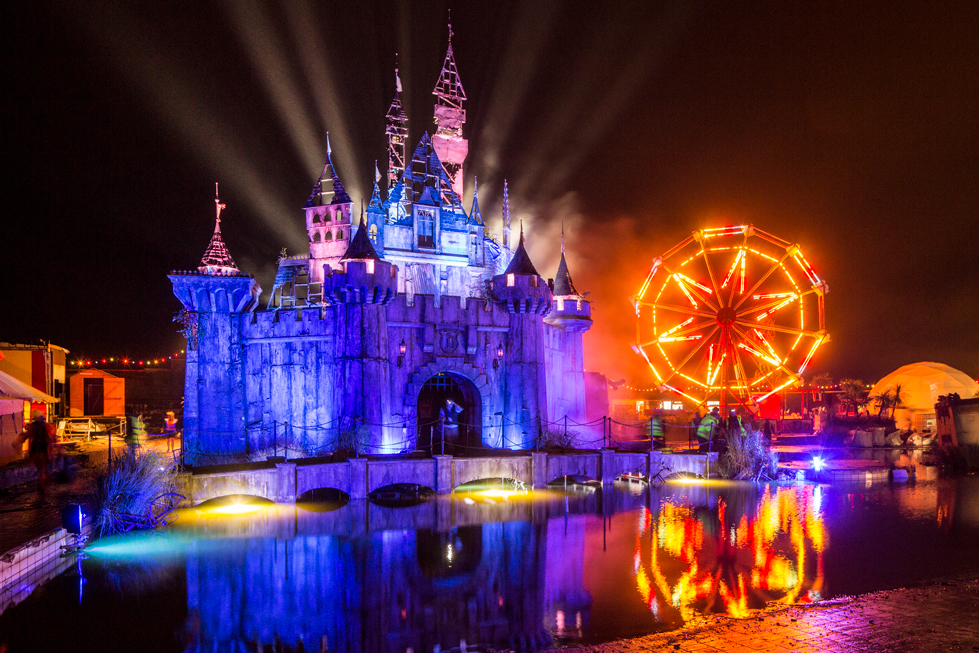 Asked what advice they’d give to young creatives desperate to blaze their own trail, Steve smiles. “When I was 17 and going to work on building sites, my dad said to me that 80 per cent of realising your dream is getting out of bed and trying to do it,” says Steve, smiling. “Trust me: just go and fucking do it.”

There’s nothing wrong with being a control freak

“We micro-manage the living shit out of everything. Your vision is key, so finding other brilliant people who share it is vital. By channelling people’s strengths, you can conduct your own creative orchestra.”

Don’t forget how difficult partnerships can be

“We pick holes in each other’s work. It’s painful and we annoy each other, but we see what each of us brings to the table. That collaborative process can feel like a battle when you’re a team rather than a solo creative. Fortunately, our two heads make for a better product, so we grin and bear it.”

Build a community by reaching out

“There is a delicate balance to be struck between working with friends and working with those who are less fun but more valuable to your project. It’s tempting to just work with people who you’d want to spend time with socially. But often, better creative results come from picking a team from a broader pool.” 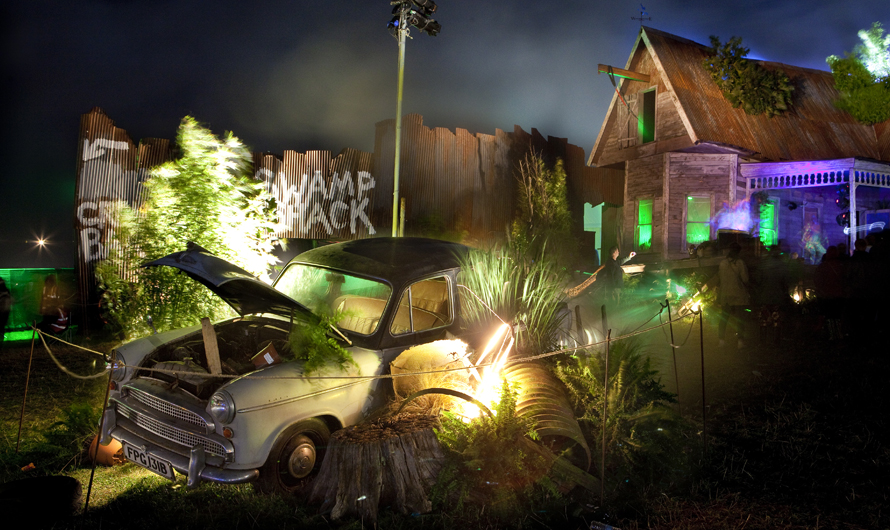 “One of Steve’s most used sayings is ‘perspiration, not inspiration’. You can’t just expect amazing ideas to drop out of the sky; you have to work towards them. That means creating time and space to facilitate the creation and development of ideas.”

Tell your boss to fuck off

“It’s the best decision we ever made. If you’re stuck in a rut, then deal with the consequences later. Make it up as you go along, if you have to. Be bold and put your neck on the line, because saying you’ll do something isn’t the same as doing it. You won’t regret it.”

Find out more about Block9.

Linkedin
RELATED ARTICLES
OTHER ARTICLES
From the Yakuza to a biker gang, Bruce Gilden recounts capturing Tokyo and Osaka in the ‘90s.
Members of the collective share some of their reasons to run as part of #UnitedBySummits, a campaign that looks to uncover transformative power of the outdoors.
In our first OFFF Dispatch piece, the Arce Studio founder shares her tips on standing out from the crowd.
The author discusses her blistering new novel about history, revolution and queer love.
In the last of our dispatches from OFFF Barcelona, Rufus Deuchler and Vincent Gault discuss the future of creative process.
Our new magazine is here, starring the inimitable Mitski. Order your copy now and join us on a trip around the world.