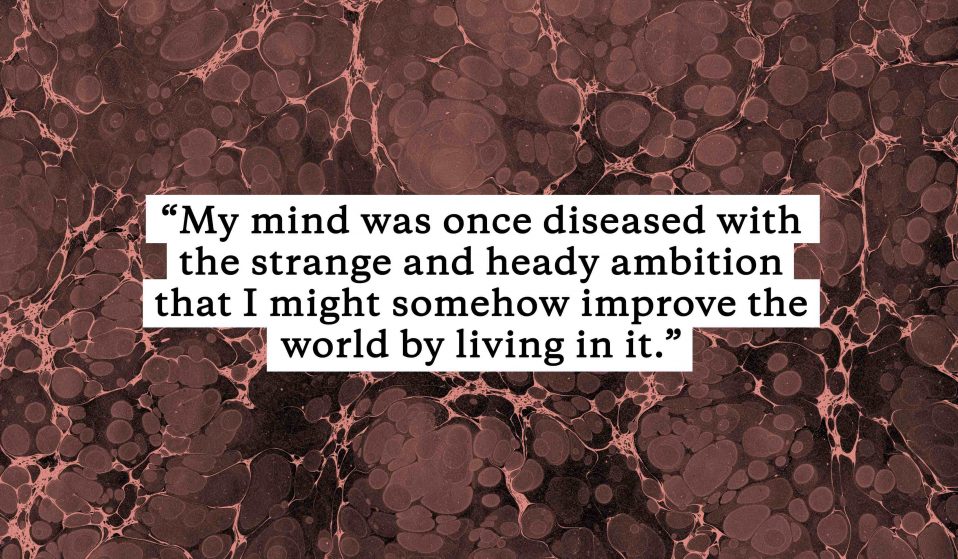 Chris McQueer remembers how Amelia Gray’s nightmarish collection made him scared to go to sleep – and inspired him to start writing in the process.

Chris McQueer remembers how Amelia Gray’s nightmarish collection made him scared to go to sleep – and inspired him to start writing in the process.

It’s 1am. I’m nine years old and I’m in bed racing towards the end of a Goosebumps book I’d procured from a charity shop earlier that day. RL Stein is stringing me along, getting me primed for a big scary reveal. My heart rate quickens as I get to the end, actual goose bumps pop up on my skin, the sounds of Glasgow at night start to creep me out as well. I won’t be sleeping tonight lest I be plagued by dreams of sentient ventriloquist dolls.

As I lay in bed some fourteen years later reading Gutshot by Amelia Gray, I realised it was the first time a book had affected to the same extent since then. It felt like she was taking me by the hand and showing me into worlds I had no right seeing, places that my mind could barely comprehend. Beautiful and harrowing stories that I wanted to step right into out of morbid curiosity.

Reading Gutshot came off the back of my transition from exclusively reading the autobiographies of footballers as a teenager to reading novels and short stories in my early twenties. I started off dabbling with Irvine Welsh, Iain Banks, Frank and Malachy McCourt and then moved onto Yoko Ogawa, Ryu Murakami and Lucia Berlin. Then Amelia Gray came along. Before her, I had no idea I wanted to be a writer. After her, I knew it was all I wanted to do.

In this collection there are stories about love that broke my heart. Stories that read as cautionary fables. Stories that are so surreal and absurd I told everyone that would listen to me about them. ‘Listen, mate, there’s this one story in here, right,’ I told a less-than-interested colleague at lunchtime. ‘It’s about this couple that hire a sex worker and get her to crawl about naked in the heating ducts in their house.’ His face told me this kind of thing wasn’t for him. Fair play, it was his loss.

Every sentence, every word, in this book feels carefully chosen to elicit exactly the feeling Amelia Gray wants you to experience. If she wants to make your stomach churn, your flesh crawl, your spine tingle; she’ll do it. It’s writing that’s visceral and fearless. These stories are seared into my mind, there forever.

As soon as I finished reading this book, I started thinking about what I could write. All I wanted from then on was to see if I could make people experience the extremes of emotion that I felt thanks to this book, through both comedy and horror. I learned more from reading and re-reading Gutshot than I have from any of the creative writing courses I’ve taken. It taught me the best stories, the ones that linger with people long after they’ve put the book down, are the ones that make you really feel something. You might not remember the details of an Amelia Gray story, the character’s names or maybe even the ending, but you’ll remember how it made you feel when you hear the story title. You’ll remember the sense of dread, the goose bumps spreading down your arms or that mild feeling of nausea in your gut.

Gutshot took me into nightmarish and glorious worlds. It led me into a career I had no idea was possible and gave me the tools to carve out a path for myself. But best of all, it took me back to being nine years old where the right book could fill you with wonder and simultaneously leave you scared to go to sleep.

What to read after Gutshot 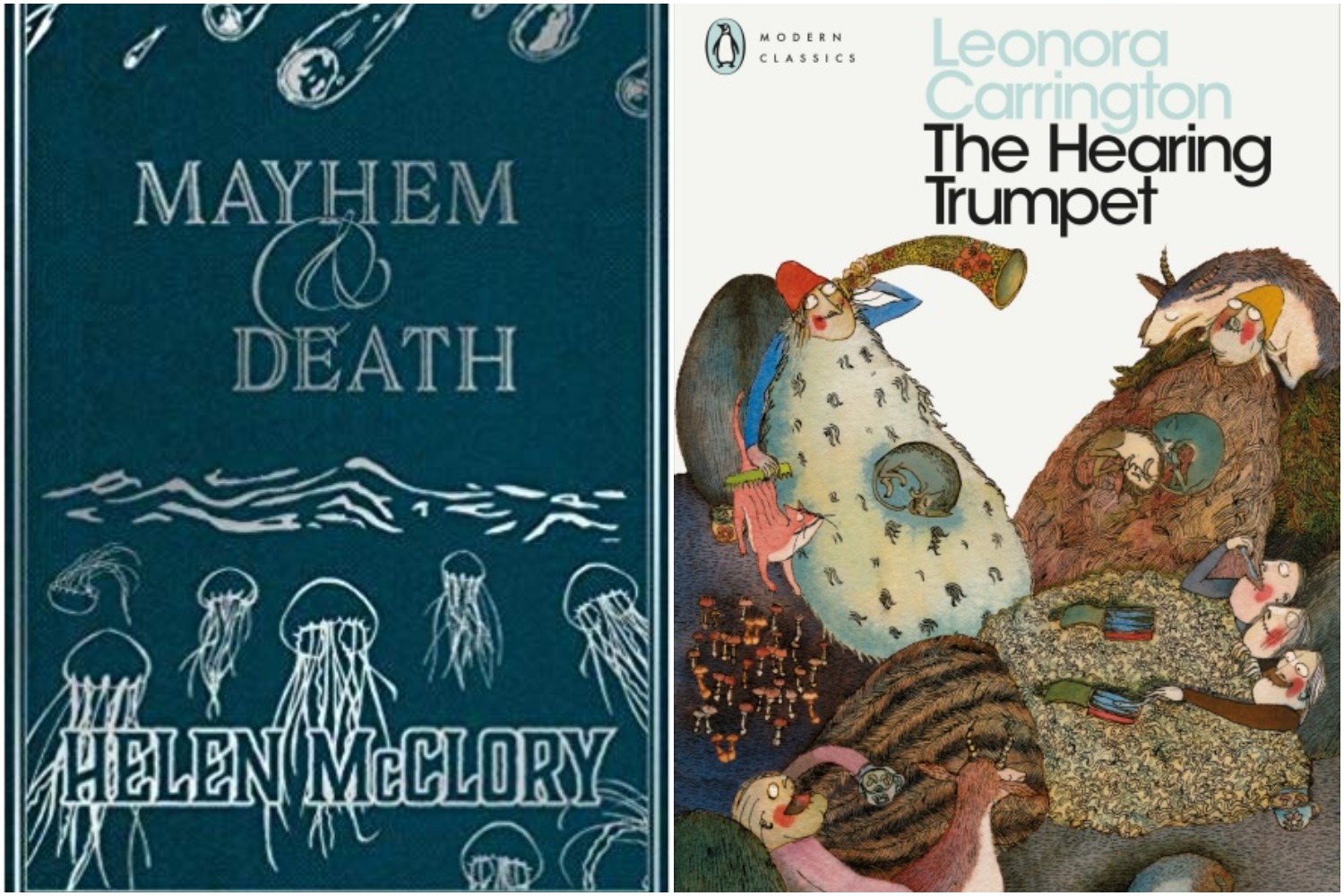 My favourite of Helen’s books. Rapid fire flash fiction, stunning short stories and one of the best novellas I’ve ever read are all contained in this collection. The novella, Powdered Milk, a haunting tale about the crew of a deep sea research station who find themselves unable to contact the world above the waves, is staggeringly good.

In the Miso Soup by Ryu Murakami

Young Kenji works as a ‘nightlife guide’ in Tokyo and specialises in showing tourists around the city’s underbelly when one day he is hired by a very odd American tourist called Frank. It’s incredibly dark, funny, grim and shows a side of Japan the west seldom hears about.

The Hearing Trumpet by Leonora Carrington

Surreal, fantastical, funny, this book is a total riot. Its 92 year old narrator leads a rebellion after she is carted off by her intensely unlikeable family to a bizarre and sinister retirement home. The imagery in this book is as amazing as you’d expect from someone who played such a big part in the surrealist movement as Leonora Carrington did.

The Housekeeper and the Professor by Yoko Ogawa

Almost definitely my favourite novel. A book so beautiful and funny and charming that I’ve bought several copies of over the years to give to people so I’ll have someone to talk to about it. The story of a young housekeeper, her ten-year-old son and the elderly maths professor she looks after, who lives with only eighty minutes of short term memory, and how their relationship grows and develops after being reintroduced to each other every day.

The Acid House by Irvine Welsh

This was the first Irvine Welsh book I ever read and the one that made me a fan. Lyrical, inventive, darkly comic, shocking, unsettling, everything a good short story collection should be. The first book I can remember laughing out loud at. Totally exhilarating.

Linkedin
RELATED ARTICLES
OTHER ARTICLES
Following the release of his latest album God Don’t Make Mistakes, the rapper talks horror villains, police brutality and being unafraid to show his vulnerable side.
Over the weekend, London locals came together to resist a pre-planned police raid targeting delivery drivers.
From the Yakuza to a biker gang, Bruce Gilden recounts capturing Tokyo and Osaka in the ‘90s.
The government is scrapping the Human Rights Act in a move that will hit marginalised people hardest.
Our new magazine is here, starring the inimitable Mitski. Order your copy now and join us on a trip around the world.
In the latest OFFF Dispatch, the enigmatic designer dives into his process, connecting the dots between his unique and varied creative output.