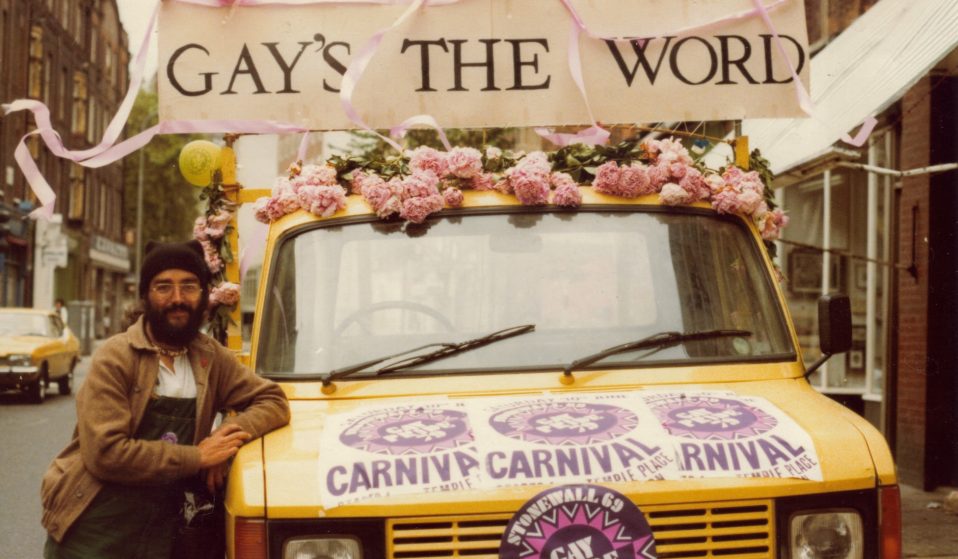 This week marks the 40th anniversary of Gay’s The Word, a UK institution that fought police raids, prejudice and censorship to become a hub of social activism. We talk to manager Jim MacSweeney about the fights the venue has faced over the years.

This week marks the 40th anniversary of Gay’s The Word, a UK institution that fought police raids, prejudice and censorship to become a hub of social activism. We talk to manager Jim MacSweeney about the fights the venue has faced over the years.

Unassumingly sandwiched between a phone repair shop and a café, Gay’s The Word has stood steadfastly on Bloomsbury’s Marchmont Street for 40 years.

The UK’s first LGBTQ bookshop has managed to outlive all its fellows – including Edinburgh’s West and Wilde, Brighton’s Out, and Charing Cross Road’s Silver Moon – which have all fallen victim to the economic pressures independent businesses so often face. As a result, Gay’s The Word is one of only two extant queer bookshops in the country. (The other is Glasgow’s Category Is Books, a newcomer which opened in September last year.)

The shop, which was willed into existence by founder Ernest Hole, first opened its doors on 17 January 1979. With squatters in its basement, the rent was affordable; but securing the lease nevertheless proved a difficult task. The council were reluctant to let the space to a gay establishment – in part due to an assumption it was a prank, given Ernest’s surname.

Over the years, Gay’s The Word has become a vital community resource. Originally opening as “one-third bookshop, two-thirds café” (the café now long since jettisoned), the space provided a means for LGBTQ support groups and social activists to meet. “It threw up lots of notions around identity, of what it meant to be gay,” remembers MacSweeney. “It was wonderful and really mind-expanding. I thought about things I’d never thought about before – the importance of coming out, and being honest, and being true to yourself.” 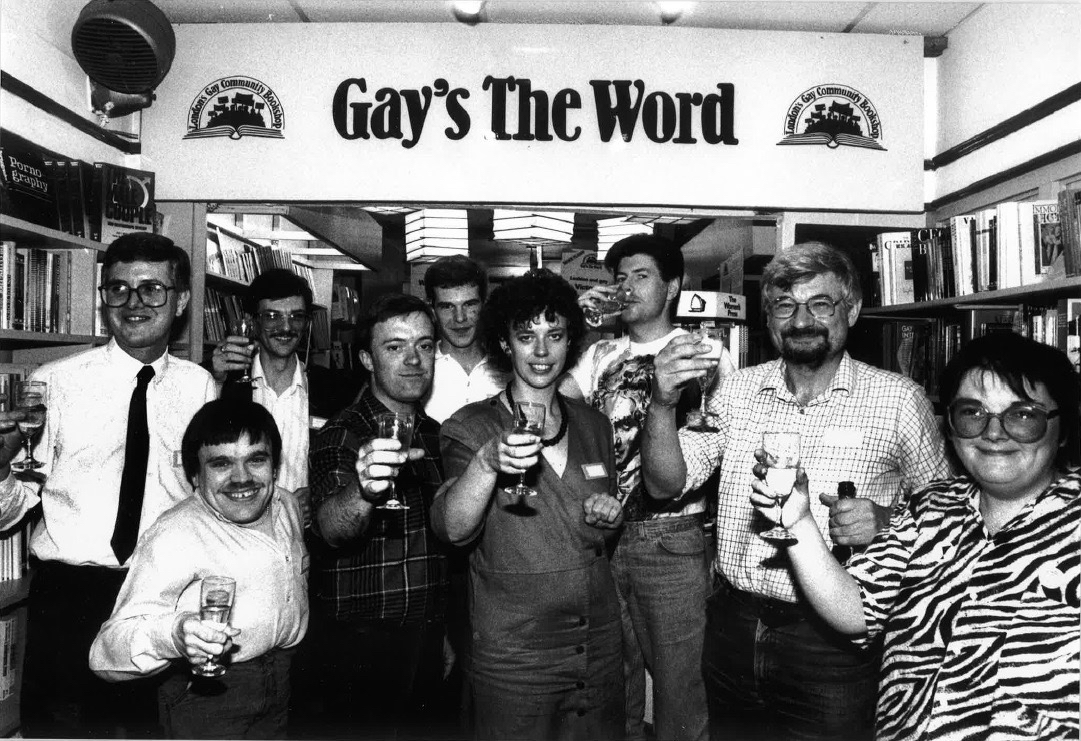 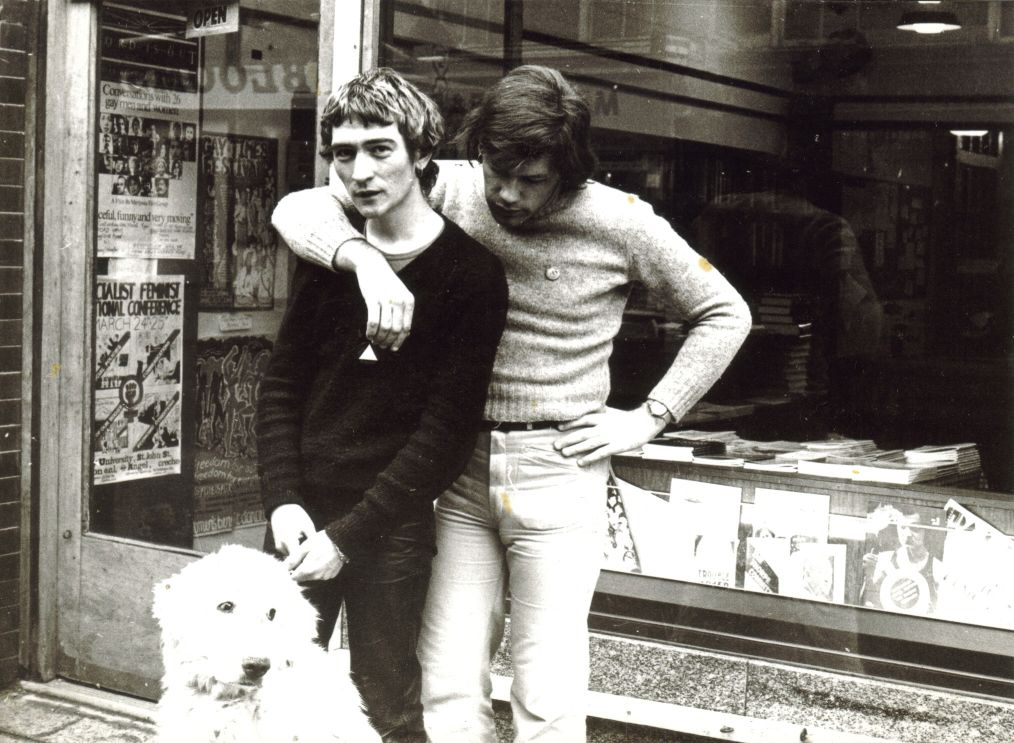 The shop’s walls were filled with noticeboards listing LGBTQ flatshares, political meetings, benefits and parties. Early Pride committees were organised from its café, while gay socialist group Icebreakers and the Gay Black Group – the first of its kind in the UK – were formed after meeting in the shop. (TransLondon and the Lesbian Discussion Group both continue to meet there on a regular basis.) In 1984, Gay’s The Word also became home to Lesbians and Gays Support the Miners (LGSM), a socialist fundraising group assisting the miners’ strike efforts. Their story was immortalised in the 2014 film Pride.

Unfortunately, although it earned an impressive reputation as a community space, the shop itself soon fell under legal threat. In 1984, HM Customs and Excise raided Gay’s The Word, seizing its imported stock under the pretext that obscene works were being sold, and bringing criminal charges against the staff and directors.

But unlike obscenity laws, which grant publishers defence exceptions for artistic merit, customs seizures were an arbitrary and unpredictable cat-and-mouse game entrenched in homophobia. “Customs would seize a book, you would fight it, you would win, no precedent is set and they can seize it again tomorrow,” recalls MacSweeney. “We didn’t know when books were being seized if it was some prick of a customs officer who was having a bad day, or if it was a genuine policy.”

Books seized included works by Christopher Isherwood and Gore Vidal, who donated to the defence fund, as well as The Joy of Gay Sex and The Joy of Lesbian Sex – their heterosexual equivalent remained freely available in the UK. 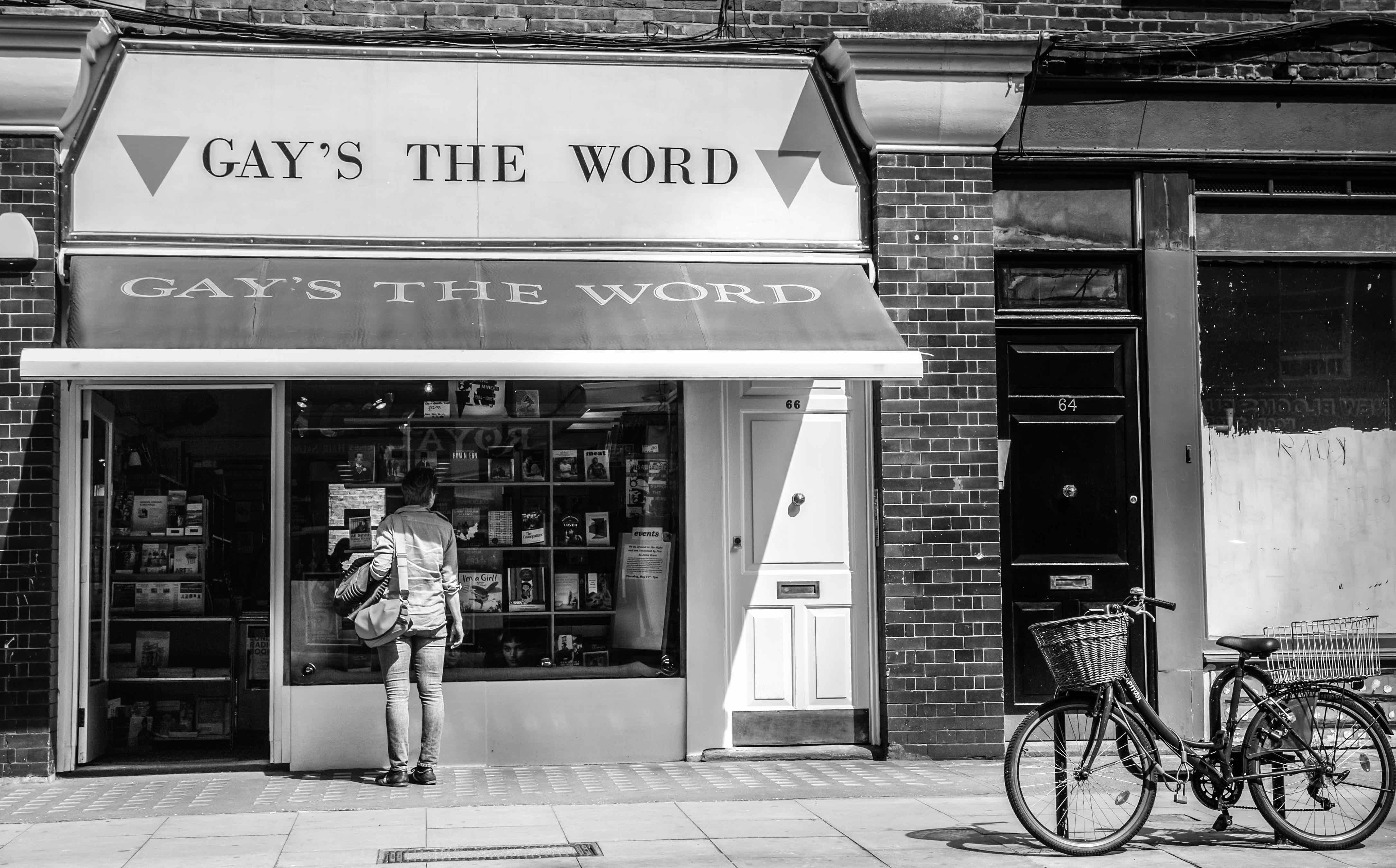 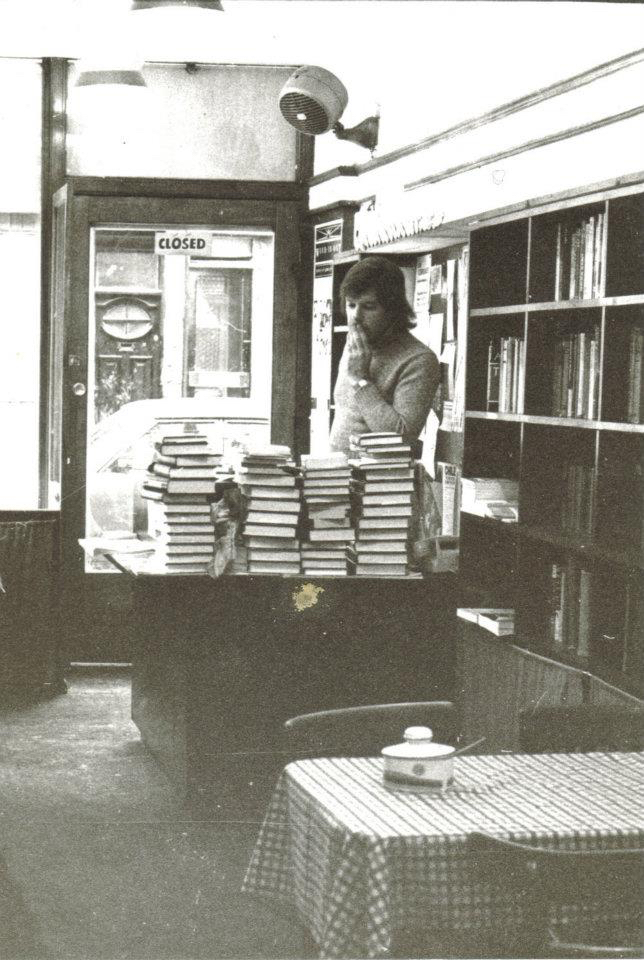 Eventually, a campaign was launched in response to these raids, with questions raised in the House of Commons and a defence fund set up. The case and ensuing campaign garnered major attention: suddenly a small, independent bookshop was the subject of national newspaper headlines. What could have been a landmark test case crumbled before it ever made it to the Old Bailey: and after two years, charges against Gay’s The Word were dropped.

This story is largely unknown to a new generation of fans, who may be aware of Gay’s The Word through its starring role in Pride. The film became a turning point for the shop, reinvigorating its sales and introducing it to an international audience. Just a few years prior, a slew of newspaper articles prophesied the decline of print books at the hands of the Amazon Kindle. (In fact, the UK print book market has been steadily growing, with 190.9m books sold in 2018, for £1.63bn.)

“It’s interesting, going from being a really important and groundbreaking bookshop to becoming forgotten and slightly dusty as people shop online,” says MacSweeney. “And then, suddenly becoming much loved and iconic.”

Four decades in the making, Gay’s The Word has become a cherished institution. There is a different interaction between staff and customers from that of a ‘normal’ shop. For some, it’s an extremely emotional experience. “You never know where people are in their journey,” MacSweeney adds.

Customers may enter with preconceived notions, but they are usually left at the door: “There’s history, poetry, politics, fiction, travel and ideas… you go away from here strengthened and empowered.” 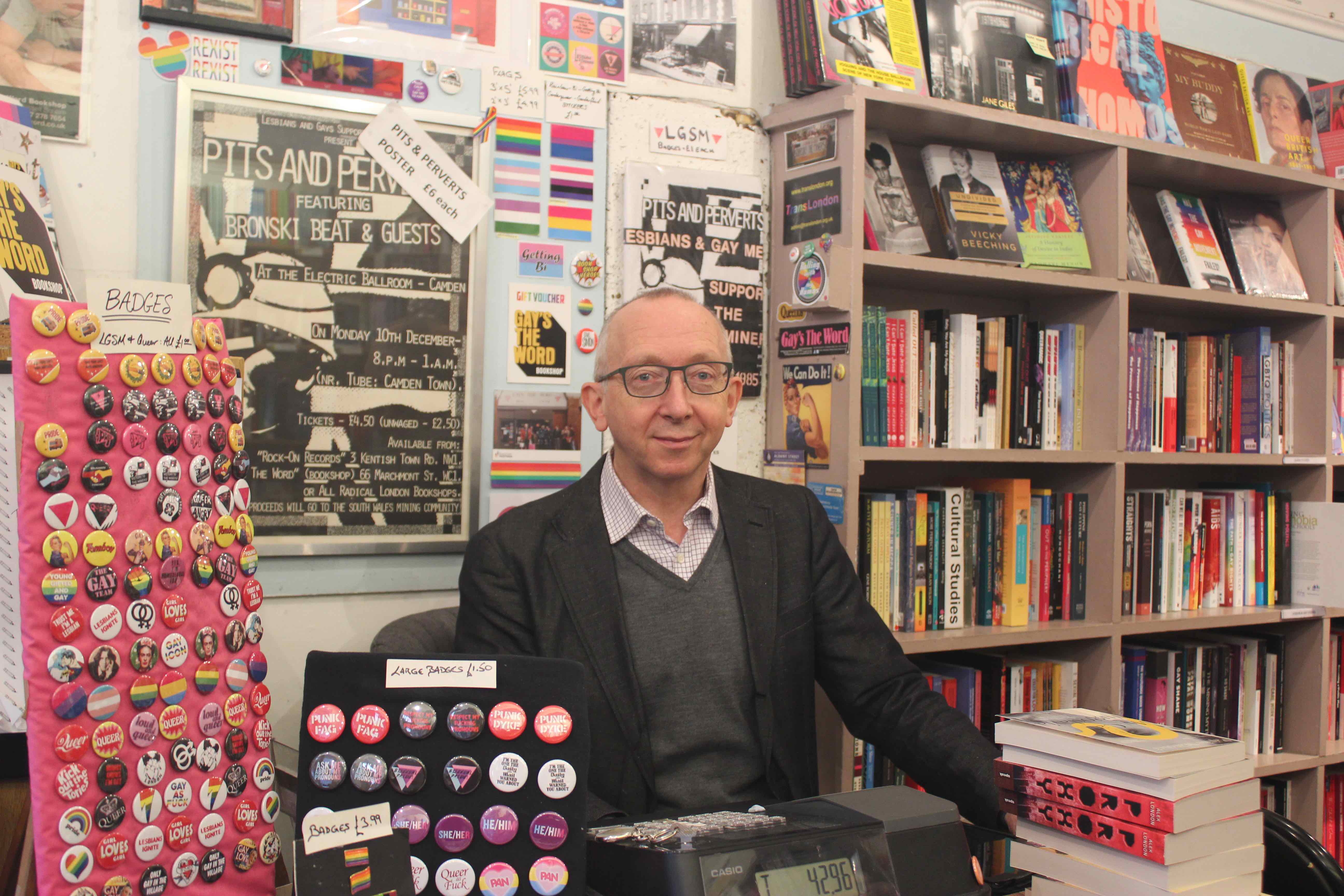 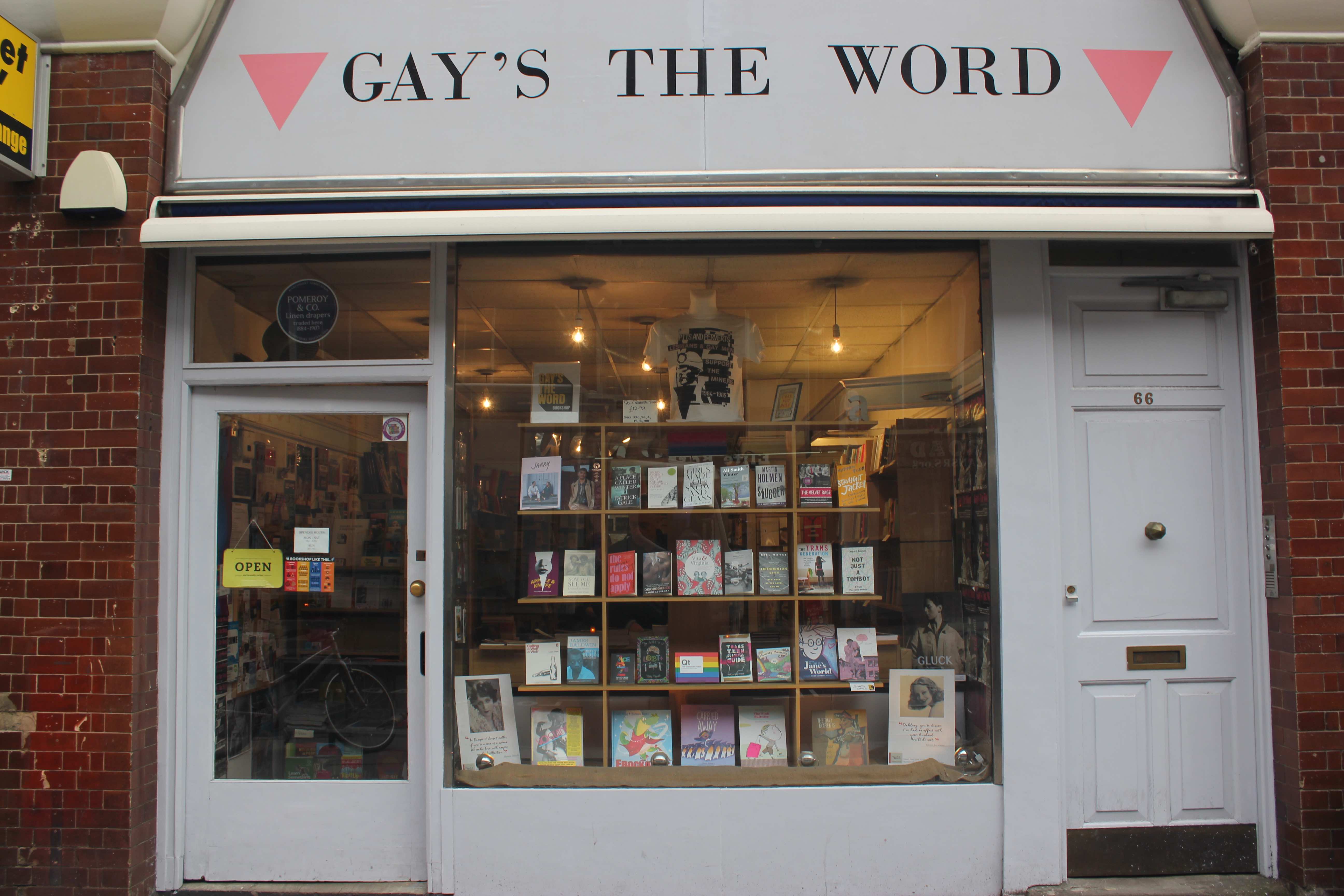 Linkedin
RELATED ARTICLES
OTHER ARTICLES
Yesterday thousands gathered outside Buckingham Palace after news of the Queen’s death broke.
The workforce is now gearing up for industrial action after receiving a measly pay rise, reports Ella Glover.
The two-day long event returned to London this year, showcasing a spectacular parade, steel bands and Caribbean food.
Thousands attended the annual event this year to wheelie through the city and call for ‘knives down, bikes up’.
By turning a real-life crisis into daytime television fodder, TV bosses have once again shown themselves to be completely out of touch with audiences.
A group of young Palestinians have found temporary freedom in the act of parkour, reimagining wreckage and ruins as a series of high-octane playgrounds.