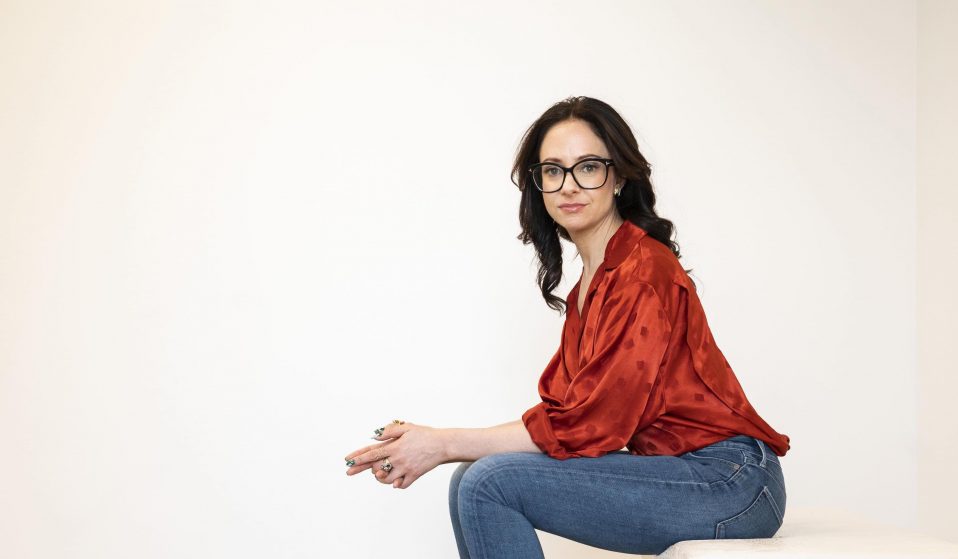 Carrie Goldberg’s life advice: identify your biggest problem, ask yourself how you can fix it, and devote yourself to the fight.

The American attorney started her New York-based victims’ rights law firm after her own hellacious experience at the hands of an ex-boyfriend in 2012. He blitzed her with hundreds of threatening messages, spread lies to her contacts that she was a drug addict, filed a false police report of assault that saw her imprisoned, and threatened to post intimate images of her online. Goldberg battled for more than a year, moving addresses, spending $30,000 to have the false charges dropped, and begging a judge to restrain him from posting the revenge porn, only to be rebutted on the grounds of free speech because, until 2019, the distribution of intimate images without consent was legal in New York.

Thus, Goldberg determined to be the lawyer that she had needed in her darkest hour. When a client was impersonated online by their ex and over 1000 men were sent to their work lured by rape fantasies, Goldberg sued Grindr, challenging long-established laws that allowed the tech industry to escape liability for what users publish on their platforms. She helped incarcerate a client’s ex who had created a national emergency after making fake anti-Semitic bomb threats in her name. And when a viral video of a girl being raped near her school grounds resulted in her suspension, Goldberg sued the entire New York Department of Education.

In your new book, Nobody’s Victim, you describe litigation as a form of protest – can you expand on that?
If somebody has hurt you, they need to pay. The more we can use our civil courts to get the money out of the hands of the abusers and into the hands of the victims, the better.

With my case against Grindr, the lawyers said they didn’t have the technical ability to exclude known abusive users so we pioneered a legal theory. If you’re facilitating offline real-life encounters with ultra hazardous geo-locating technology then some of the time it’s going to be used by rapists, predators and stalkers, and if you’ve built a product that doesn’t take that certainty into design then it’s defective – it’s no different to the manufacturer of a crib with bars so far apart the baby strangles itself.

We’ve been able to appeal this so that the theatres at each level are bigger, and now the issue of tech liability has become a national conversation, and that’s a huge success. That to me is the protest.

You tend to use the word ‘victim’ rather than ‘survivor’. Why is this?
I think it’s related to working for five years with holocaust survivors. I don’t use the term survivor when it comes to victims of sexual assault. To me that term suggests that they’re on the other side of the fight entirely; it makes third parties feel better if they know that the hell is over – they survived it, done, next. I also don’t think there’s anything shameful in having been victimised. When I went through my hell with my ex, there was something liberating when I was like, ‘I’m under attack, this is a legitimate scorched earth takedown and I’m his victim in the middle of the storm whirling around’, and when I embraced that, I had more compassion for myself because I wasn’t trying so hard to pretend that everything was OK and that I could ask for help. 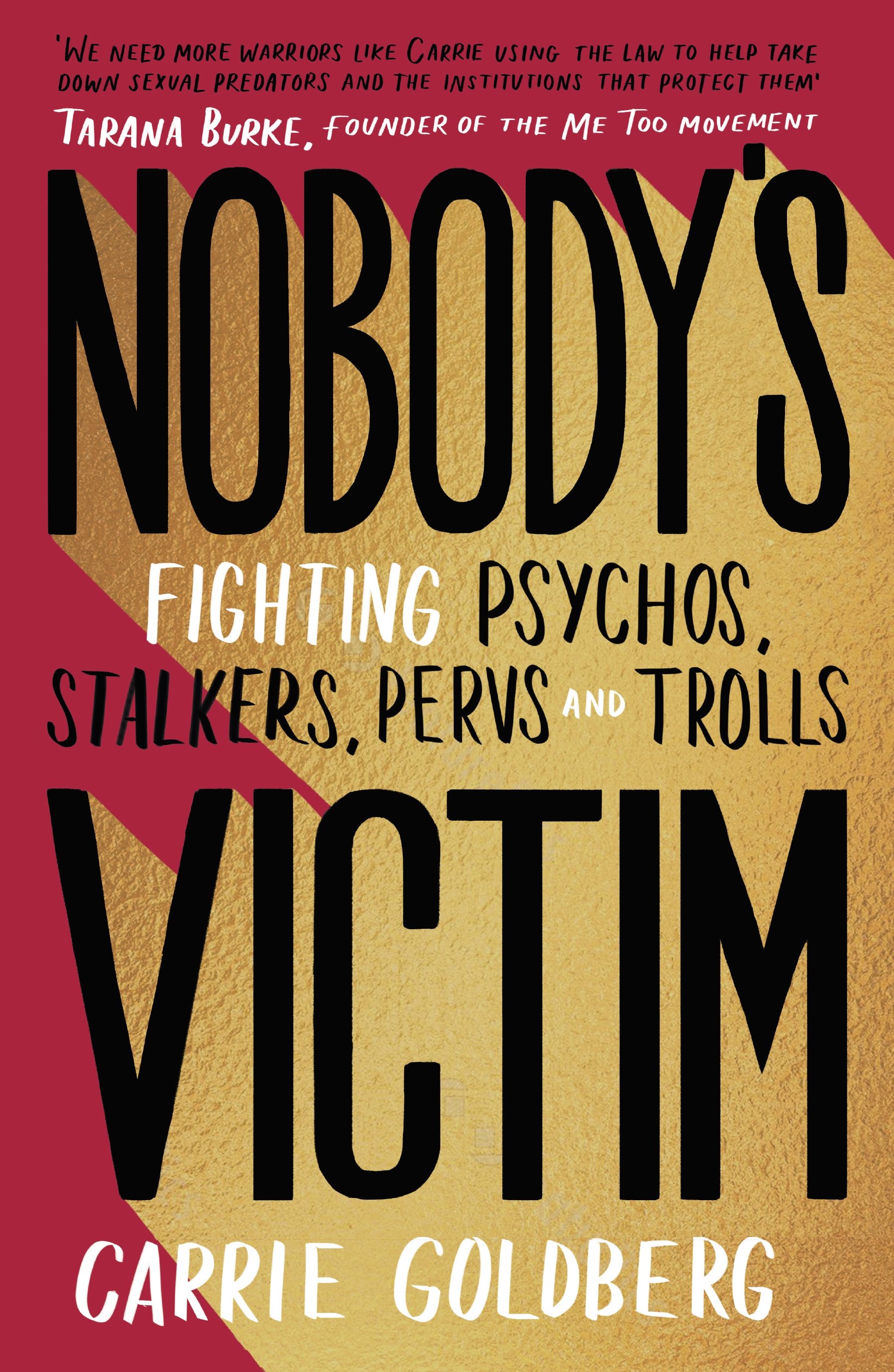 Many times in your book you describe people reporting cybercrimes such as revenge porn to the police who are unable to do anything. Is comprehensive federal legislation the answer?
There’s this notion that if you’ve been the victim of a crime, all you need to do is go to your local precinct, report it and an investigator will call you to go through the details. Then it’ll be escalated to a prosecutor, an arrest will be made, and the legal process begins. But the truth is that our government has a complete monopoly on who gets punished for what and how much.

However, for just the cost of filing a lawsuit, the most disenfranchised person can hold the most powerful company accountable for harm caused – and if that case works its way up to the Supreme court, then it’s just as strong as legislation. It’s really fucking powerful that one person can make that much of a difference in the system.

Some of your clients are victims of online “troll storms” (when a subject is targeted en masse by trolls). Last month, a verdict advised that Tanya Gersh receive $14 million in compensation after an anonymous troll army was instigated to harass her. How important was this ruling?
What’s really important about that case is that it shows that we have liability for the incitement, and it puts a dollar sign to that kind of suffering. It was extremely anti-Semitic, they threatened her with death and it overtook her entire life as she lived in fear. They played gunshots into her phone. So this is big progress, because we have a hard time using the criminal system for mob armies since they’re so diffuse and many of them operate under a cloak of anonymity. But if the publications harbouring them can be held liable, then it’s going to encourage more humanity online.

How does your firm tackle the growing threat of deepfakes?
It’s all about content takedowns because you can never usually find out who was responsible at ground zero, and right now we don’t have a good law to prosecute it. It could be defamation because something is presented as true, but when it comes to online sexual privacy violation, the client’s goal is to get it off the internet. Why does Google even have deepfakes coming up within their algorithms? The weighting of that is a core issue; it’s not a naturally given fact that search engine results should be any one thing. Our Google results are the result of corporate business decisions.

You represented several clients against Harvey Weinstein. How has the #MeToo movement affected your work?
It has really helped swing the pendulum in favour of victims being believed and feeling empowered to tell their stories, but there’s also been a backlash. When a victim comes forth and pronounces that she’s been violated by a person, she is now sometimes being sued for defamation – we have represented 14 such clients. There’s this misunderstanding by a lot of the offenders that somehow if they sue the victim for defamation, that somehow it makes them appear more innocent, which is crazy. Although it’s burdensome to victims, it does give them another platform where they can tell their stories, and so we’re seeing a lot of cases really backfire on the offenders.

And then, so much of lawyering is just storytelling – it’s about having a more emotionally compelling story than the other side. That’s my favourite part of being a lawyer: having the privilege of telling somebody else’s story.

Nobody’s Victim: Fighting Psychos, Stalkers, Pervs and Trolls is out now, through Virago.

Linkedin
RELATED ARTICLES
OTHER ARTICLES
Financial turmoil is pushing people who work in the sex industry into more dangerous and desperate situations as a means of survival.
Sean Maung’s photos are a love letter to the Black and brown communities that make up New York.
As the Scottish government announces a rent freeze, an activist with Living Rent who fought and won shares how they did it, and what must come next.
Ahead of the release of their first collaborative album, the producer and rapper talk psychedelics and the state of UK hip hop.
Thousands attended the annual event this year to wheelie through the city and call for ‘knives down, bikes up’.
Rhiannon Adam spent three months capturing an ageing society wracked by division, isolation, and the aftermath of scandal.