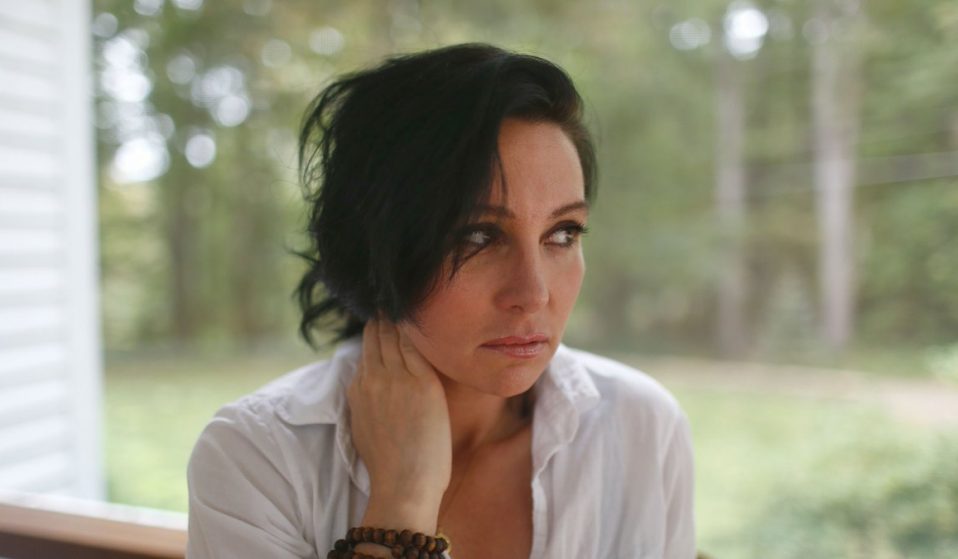 In her groundbreaking new book, Three Women, the author explores the darkest depths of feminine desire – as well as the pain, passion and shame that comes with it.

In her groundbreaking new book, Three Women, the author explores the darkest depths of feminine desire – as well as the pain, passion and shame that comes with it.

Lisa Taddeo has written the book of the year. Or at least that’s what everyone – in the press, on social media, and throughout the publishing industry – seems to be saying.

Once you pick up a copy yourself, you quickly realise that the hype is justified: her debut, Three Women, is a staggering piece of nonfiction. Written and researched over an eight-year period, it follows the romantic lives of three very different American women. There’s Lina, who is trapped in a passionless marriage; Sloane, who sleeps with other men for her husband’s pleasure; and Maggie, who is looking back on an abusive affair with an old teacher.

It is an intensely intimate book – sometimes messy and unrestrained, like the emotions it writes about – that manages to feel completely unprecedented. Desire, particularly from the perspective of women, is rarely spoken about so unflinchingly, which can sometimes make for difficult reading (particularly when it unearths all the shame, pain and repression that tends to come with it).

Earlier this year, to celebrate Three Women’s release, I met Lisa to find out more about both the book and the themes that lie inside it; from sex and the gender passion gap, to the problems with how other women treat each other.

You initially set out to make a book about male desire. Why did you change your mind?
Men tend to compartmentalise, whereas women’s lives are all intertwined, and our desires rise to the top of our mind. I just found that to be more interesting. We’ve been living in a patriarchal society for so long, female desire is still reviled.

Was desire a subject you were always interested in?
Yes. I’ve always been interested in both desire and grief; I think there is really nothing else. Those are the twin pillars of what we feel and think about. Sure, jobs are important: I love being a writer, it’s an important part of who I am, but I wouldn’t even consider it part of love or death. They sweep everything else away.

In this book, you dive into the lives of three very different women. What made you settle on these people in particular?
From the beginning, I didn’t know it was going to be about three women. I thought it was going to be about 20 people. It was about finding people who were honest about desire, and who were willing to let me hang out with them. It was really hard to find that. But these were the people who just happened, genuinely, to give me the most of themselves.

The details you go into, it’s as if you’re in the darkest parts of their head. How did you get them to open up to you on such an intense and intimate level?
I asked the same question hundreds of times. I would get every single detail, even down to the shapes of the tables. I would go to the places they mentioned; the same shops, the spot by the river that Lina and Aidan had visited. Lina would also call me directly after and tell me everything: there was one part that I quote her verbatim from a Facebook message because I couldn’t do better than that. She was just so honest about wanting the way she felt to be recorded in the world. She wanted it to have oxygen.

There’s that part in Annie Hall, where one of the characters says ‘there’s no such thing as a bad orgasm’. I don’t think that’s true of women. I think you can have an orgasm and still be left flat and empty. That was important to me to show. Getting granular is the only way to really explain and empathise with each other. 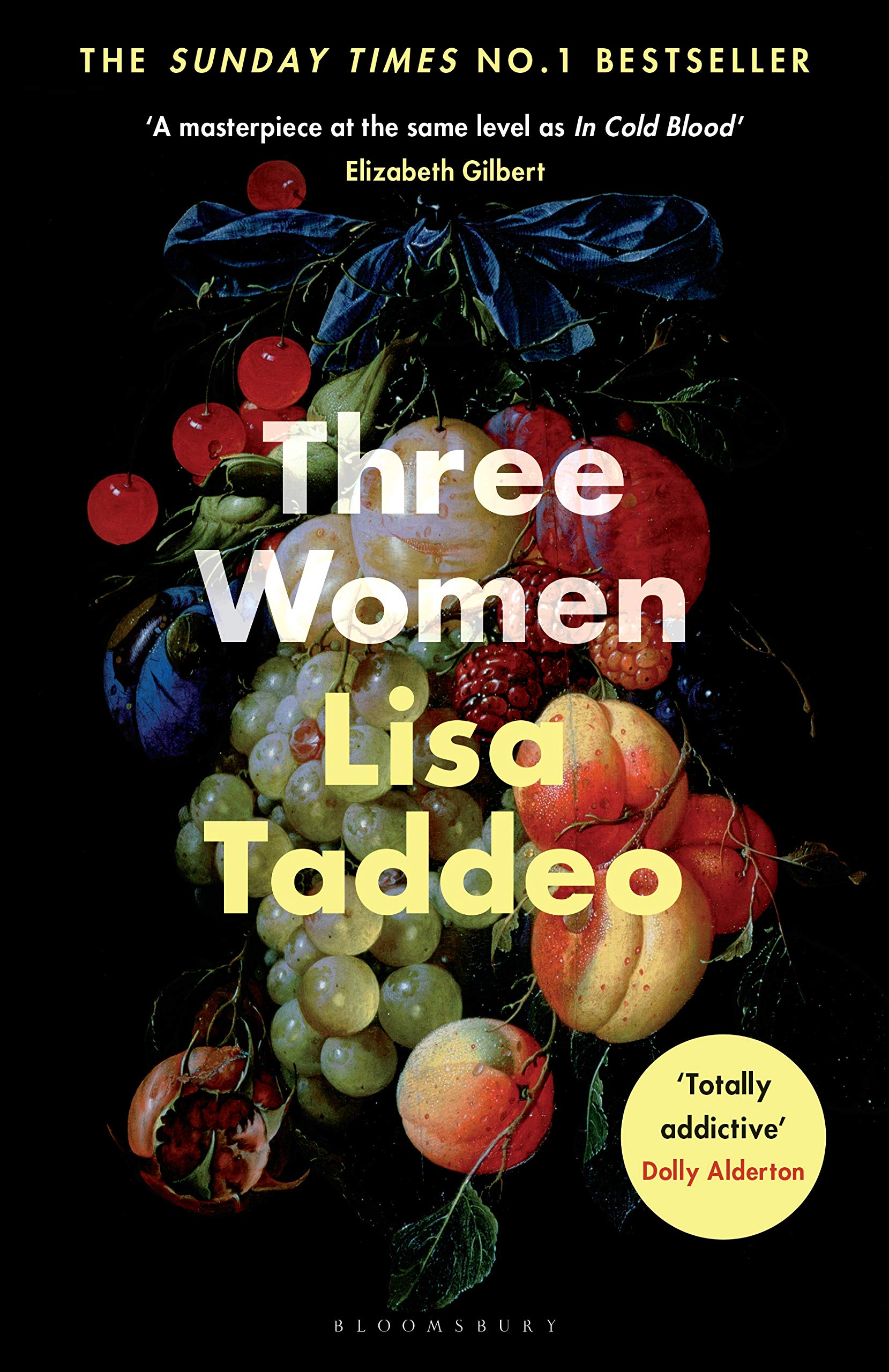 It makes for really painful reading sometimes: did you worry that parts of it were too pessimistic?
No, because I think that when you’re looking for passion, there’s pain. Almost always. Even if it lasts, it either starts with pain or ends with pain. These women had a heightened sense of passion, and with that heightened sense came a profound pain. So no, I don’t think that it’s pessimistic, I think it’s real.

People have also asked me why I don’t have any happy relationships in there, but I think Sloane’s [whose husband lets her sleep with other men] is one of the most healthy marriages that I’ve ever seen.

Really?
Yeah. Her husband would say to her ‘you are my fantasy, there is nobody else in the world’, and she believed him. She said she would wake up every day knowing that her husband was obsessed with her. Maybe he likes to watch her with other men, but fuck it. There are times when she liked it, and she knew he liked it. Also, when women feel safe, that’s when the sexual desire starts to evanesce. I found that with Sloane, it never evanesced because her husband was always wanting her, but there were these other men coming in too.

But with Lina [who seeks an extramarital affair in the book], whenever her husband wouldn’t kiss her, she would ask him to do something around the house. We try to get our needs met in different ways. If they’re not getting met we’ll tell them to clean the garage, because it’s easier to say that.

So it is a way of clawing back some power.
Yeah, I think so. I think there’s also a fear of being seen as needy, you know? Men don’t feel needy. They’re like, ‘I want this’, and if they don’t get it they resort to anger. Women don’t feel that way when they put themselves out there. I find that if it’s not reciprocated, they feel needy and sad.

Another thing this book examines is how women deal with each other: how horrible and judgemental we can be. Was this something you were always aware of, and has it always frustrated you?
Yes, 100 per cent. There’s a lot of jealousy involved with women. It’s one thing to advise someone, but it’s another thing to make a hard judgement, like ‘if you text him back, then you’re an idiot’. I think that that is cruel and unnecessary. And we do that to each other all the time.

That’s been my experience with female judgement, or any kind of judgement. It’s either fear or shame or jealousy: we project those things onto the people we’re judging. It’s just easier than looking inside of ourselves.

Do you ever feel like you’ve behaved that way yourself?
Totally. I think it’s totally natural. I’ve always been pretty non-judgemental of everyone, but I’m aware of it when it happens. I think that’s one of the things that I learnt from writing this book. I’m pretty open about it too – I think saying you want something is very freeing. Like my daughter, the other day we went to her friend’s house which was so much bigger than ours, and she was like, ‘I like their house better’. It doesn’t seem creepy that a four-year-old is saying that. As adults though, we’ll walk away from that bigger house and be like, ‘don’t you think she [the owner] was kind of stupid?’. That’s how we metabolise it.

How do we snap out of that judgemental jealousy, though? It feels like one of the main things that holds people – and particularly women – back.
I think it is too. I think we lie about doing it, we lie about judging people and using our jealousy as a way to evangelise against someone. It’s disruptive to the feminist movement, and it’s not classy.

With my book, I was writing against that. Lina might be seen as ‘pathetic’ [during her affair], but you’ve been pathetic, I’ve been pathetic, we are all going to be pathetic again. Our kids are going to be pathetic. Everyone’s pathetic. The word pathetic is so… what does it even mean? It means that we’ve fallen upon the swords of our desire, and so what? It’s human. Calling it pathetic is not looking at it and trying to dissect and trying to understand where the emotion comes from.

So being judgemental is essentially what’s holding back women from their own passions?
Yes, I think so. I think we’ve metabolised other people’s judgement and it colours the way that we then come out into the world. Men, they don’t question each other’s desires.

What do you think men, or people not in a similar mindset, could learn from reading Three Women?
One of the men who read the book early told me that he had no idea how indifference could be so hurtful to another human being. That was my biggest hope for male readers, or whoever is the alpha in a relationship. I don’t think there’s anything more painful, on a relationship basis, than being unseen.

Given we’ve just been talking about judgements, do you worry about the book’s reception and how it will be judged?
It scares me, but I think I’m more frightened honestly by what other women think – not just of me, but of the women in the book. We can be critical. And it’s fine to criticise things; I want to have conversations about this stuff. I haven’t taken a stance, I’ve just wanted to show these three people whose stories speak very powerfully for themselves. It’s the relatability that allows us to empathise with other people, so I wanted to get really specific. That’s why I did what I did.

Three Women is out now.

Linkedin
RELATED ARTICLES
OTHER ARTICLES
Whether it's partygate, the climate crisis or the spiralling cost of living, the fightback begins on the picket lines writes Tommy Vickerstaff
LGBTQ+ students are keeping the spirit of the original Pride alive by fighting for liberation for everyone, not just their community.
Finland-born photographer Sirkka-Liisa Konttinen looks back on her decades-long documentation of life in Northern England.
Wealth inequality and the rising cost of socialising is placing a strain on people’s relationships, reports Eve Upton-Clark.
A new edition of a seminal book brings together iconic images of the band onstage in their full glory and backstage in moments of unguarded camaraderie.
In the wake of the decision by the supreme court to overturn Roe v Wade, thousands of protestors filled the streets to express their rage and anguish.