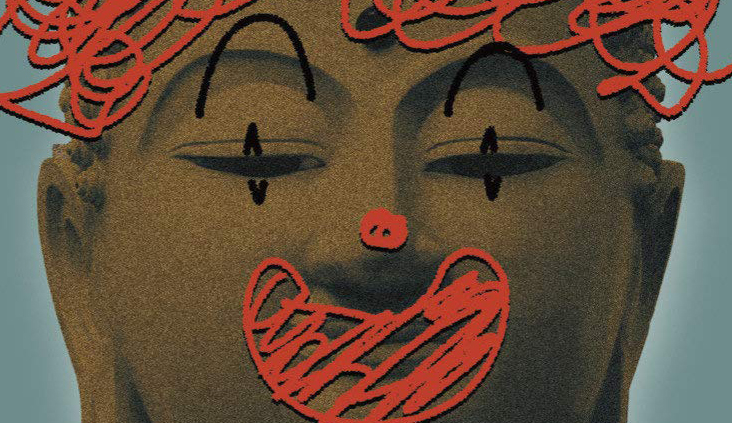 If you’re reading this, you’ve probably at least thought about practising ‘mindfulness’. It might be a huge and lucrative part of the ‘Wellness Industry (which globally is estimated to be worth a staggering USD$4 Trillion), but sitting quietly and doing nothing is actually rooted in the radical ontology of Buddhism. Practised in its myriad forms, meditation has helped many of us negotiate the deep injustices, contradictions and frustrations of the neoliberal world. But could the hyper-commercialised form of the practice – the apps, workshops, self-help feeds and blogs – simply be another opioid, encouraging us to turn critique inward on ourselves and thereby helping us become better, uncritical capitalists?

Academic writer and buddhist Ronald Purser, whose book McMindfulness has recently been published by Repeater Books, thinks so. But the author also has a vision of how a collective form of mindfulness could help us engage positively with finding a solution to the climate emergency. We caught with him to find out more.

When did you first encounter Buddhism?
After studying in the Bay area in the early ’80s I found myself in Cleveland, Ohio, which is not the most exciting place to be. But, one of the saving graces of the place was that there was a Zen centre there. It was here I began to practice. I’ve kept up the thread of Buddhist practice since then, though I’m not committed strictly to any particular school of Buddhism or tradition.

What about mindfulness?
I didn’t really know what mindfulness was, even though I had been a Buddhist for over 35 years. I had to go back to some of the early traditions and teachings of Theravada Buddhism to understand the part mindfulness played in Buddhism. I felt that if I was going to write about it I should study it myself, or at least understand the texts. A couple of years back, I even took a Mindfulness-based stress reduction course [as popularised by ‘mindfulness guru’ Jon Kabat-Zinn]. I was there more as an ethnographer or a participant-observer than a patient. I felt I had to experience the mindfulness industry before I could fully criticise it. 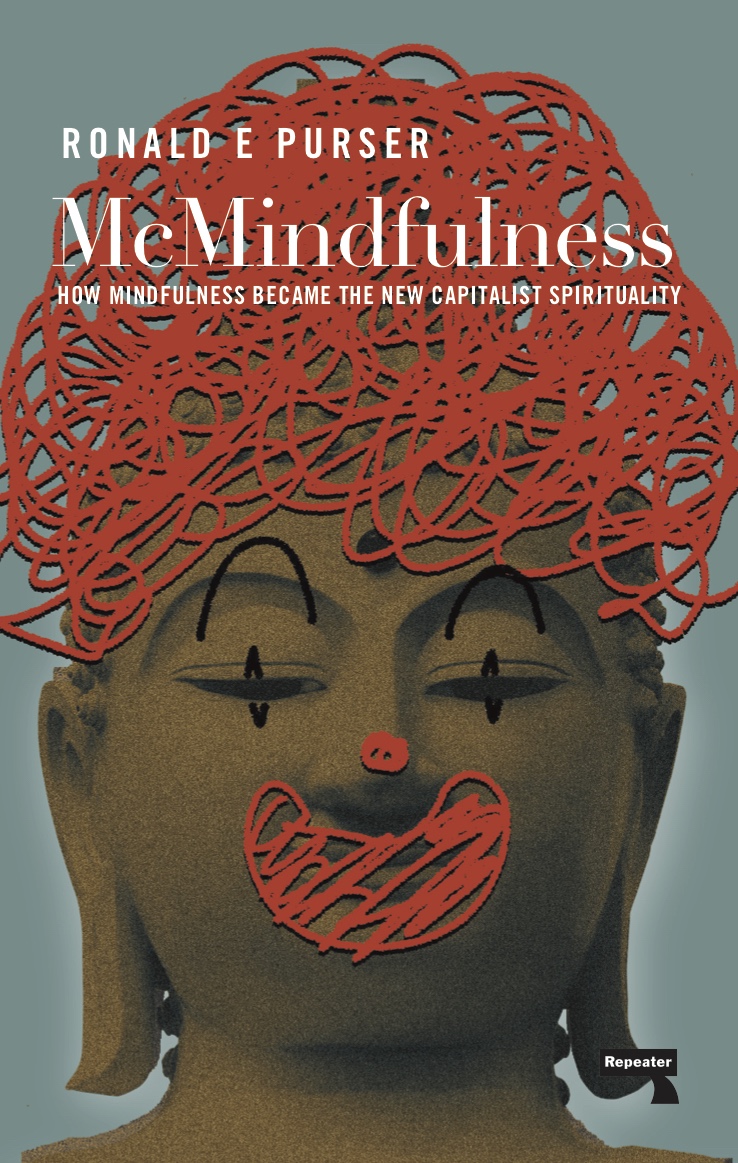 What is the problem with people making money out of mindfulness?
I guess if you’re a devout capitalist there probably isn’t a problem. But the issue is that it’s a capitalist spirituality. It’s under the big umbrella of the ‘wellness industry’. What is troubling is how easily it has become accommodated within the mainstream marketplace – I think that should give us pause. Mindfulness is so market-friendly because it appeals to this highly individualistic, entrepreneurial ethos. It’s all about ‘me’ and self-improvement. It’s thriving in a culture of narcissism. The focus is firmly on delivering a more happy self.

This is a real kind of social myopia: it squarely places the responsibility of being ‘happy’ within the individual themselves, rather than taking into account all the systemic, structural aspects of society that are causing the cultural malaise that has so many people flocking to the wellness industry for answers.

Is it possible to reclaim mindfulness from the marketplace?
Mindfulness has been hijacked by the neoliberal narrative, but I think it could be reclaimed by expanding its scope. From the very start, the Buddhist community, or sangha, was always going against the grain of the Hindu caste system in India. Buddhism was always countercultural. Mindfulness is now all about critique being turned inward, toward ourselves. We need to flip that critique back out, toward the systems and practices that are causing the problems in the first place. A collective form of mindfulness would not throw the baby out with the bathwater; it wouldn’t throw out self-care, would not disregard the therapeutic benefits of meditation — but it would expand the scope of its environment. We could sever its ties to the marketplace, to create a more collective practice that focuses on the alleviation of collective social suffering, rather than just that of the individual.

Could the climate emergency kickstart this broader kind of mindfulness perspective?
I do have hope that mindfulness could be wedded to the sort of progressive socially and environmentally conscious activism that has manifested in Extinction Rebellion. But at the moment it is fully embedded in a quietist, individualistic form. The environmental emergency, after all, is really not just a climate emergency. It’s a collective spiritual emergency… it’s really a breakdown of our modern world view and how we’ve been brought up to see our place in nature and the separation from and domination of nature. Here, I think is where the radical ontology of Buddhist practice resides. Individual wellbeing is inseparable from collective social and ecological wellbeing.

Linkedin
RELATED ARTICLES
OTHER ARTICLES
Birdy Chu reflects on documenting the historic moment in which the territory was formally passed back from the UK to China.
Sean Maung’s photos are a love letter to the Black and brown communities that make up New York.
A 37-year-old woman shares how her abortion led her to become a clinic worker, and the abuse she’s received in that role.
The idea that a younger generation is abandoning work has become a popular narrative online, but it doesn’t necessarily reflect reality.
Yesterday thousands gathered outside Buckingham Palace after news of the Queen’s death broke.
A group of young Palestinians have found temporary freedom in the act of parkour, reimagining wreckage and ruins as a series of high-octane playgrounds.