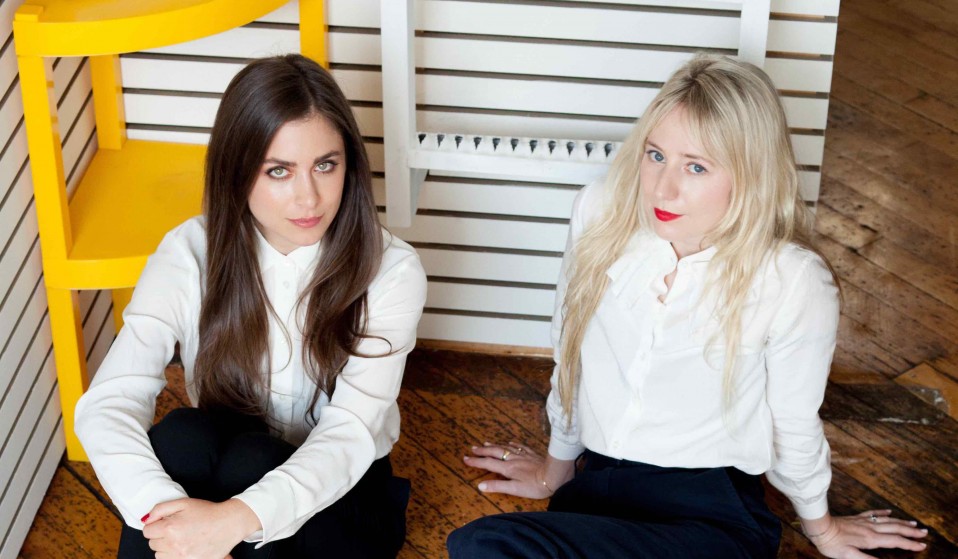 New York Times writer Molly Young and illustrator Joana Avillez team up for D C-T! – a new book celebrating the pandemonium of their hometown. We meet them to find out more about their love of the city, and how they managed to crack it.

New York Times writer Molly Young and illustrator Joana Avillez team up for D C-T! – a new book celebrating the pandemonium of their hometown. We meet them to find out more about their love of the city, and how they managed to crack it.

Power women Molly Young and Joana Avillez are part of a creative female circle that seems to be running New York. They are the kind of women who, despite only being in their 20s, have meticulously curated apartments which get featured in magazines, and immaculately stylish wardrobes.

Illustrator Avillez graduated from the School of Visual Arts, where she then began to land clients such as the New Yorker, Vice, Vanity Fair and Vogue. Her pen and ink drawings have a childlike lilt, depicting street-spotted people, fashion and buildings that charmingly stand out from the crowd.

When Young isn’t pursuing a myriad of creative projects such as cataloguing a periodic table of trash or concocting crosswords for Kinfolk magazine, she is a writer for publications like the New York Times and GQ, with a Woolf-like knack of crystallising the cultural resonance of her subjects.

Now, the duo are combining their talents for a new book called D C-T!. The project, which is inspired by William Steig’s work CDB!, is packed full of illustrations which give clues to encrypted captions, made up of letters that make sense when verbalised (CDB translates to ‘See The Bee’, for example). In Young and Avillez’s version, D C-T! spells out a celebration of urban living in the key of New York. 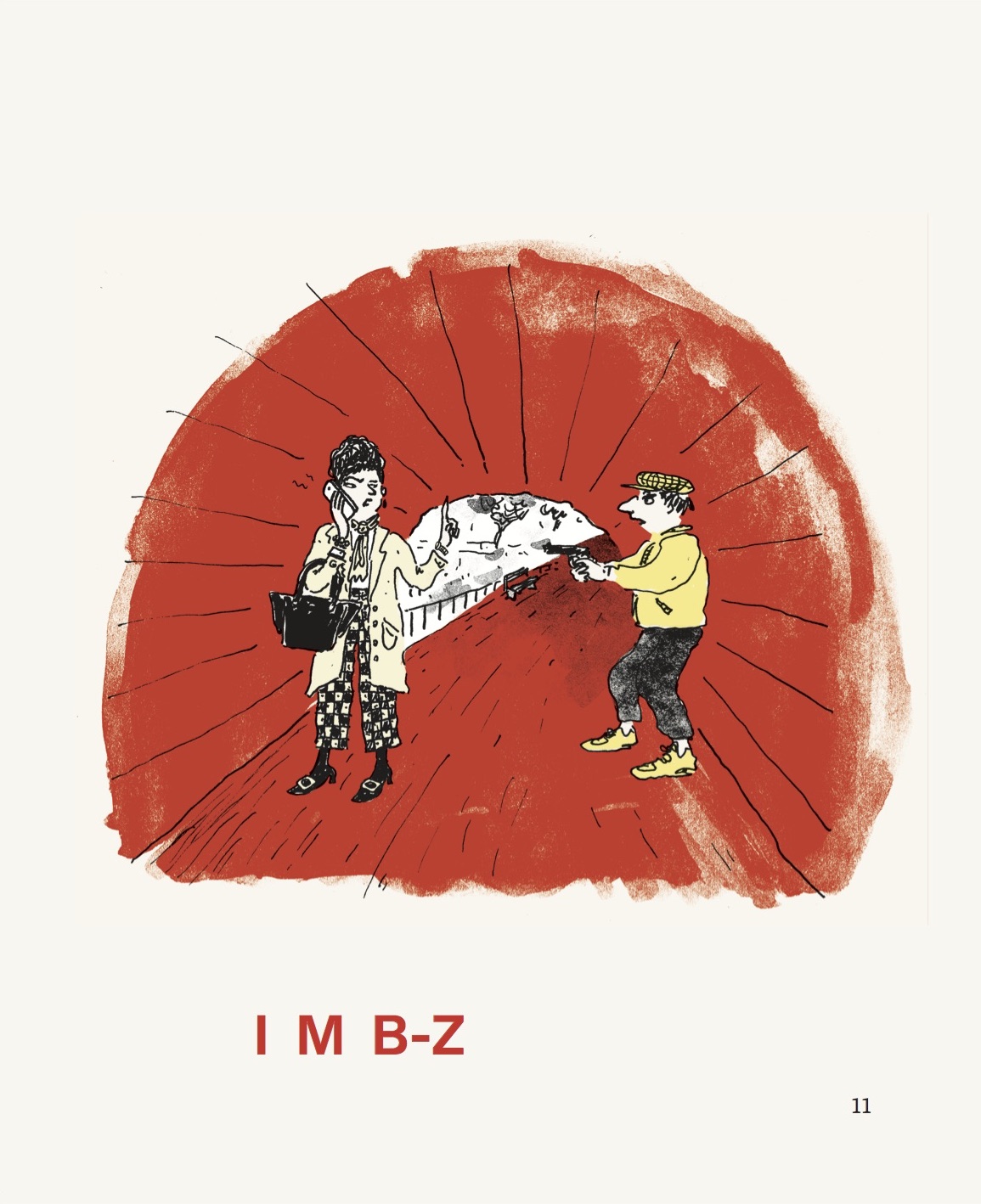 For many young people, New York is a code to be cracked; a city where if you make it, you can breathe easy anywhere else. Despite the expense and extreme weather, the metropolis continues to have a magnetic pull. With a sodden backdrop of flash flood warnings throughout the city’s subways, we meet up over Skype to puzzle over what makes New York so special.

“It’s not boring to walk down the street ever,” Molly says. “You’ll always see something that makes you laugh or disgusts you or touches you in a soft place in the heart – it’s flavoury.”

The city that never sleeps is kept wide awake from a sensory overload of people and cultures, sights and smells. Amongst the stimuli of 8.5 million people crammed into approximately 300 miles squared, New Yorkers have invented a whole new concept of personal space.

“It’s very defined,” Avillez confirms. “I feel like I could cry very publicly and everyone would know to leave me alone. It’s not that New Yorkers don’t care; it’s that you have to give everyone a lot of room if you’re going to be in close proximity.”

This emotional blanking of what’s right in front of you has bred a special New York attitude to deal with the city. Young poses the definition as “unflappable.” 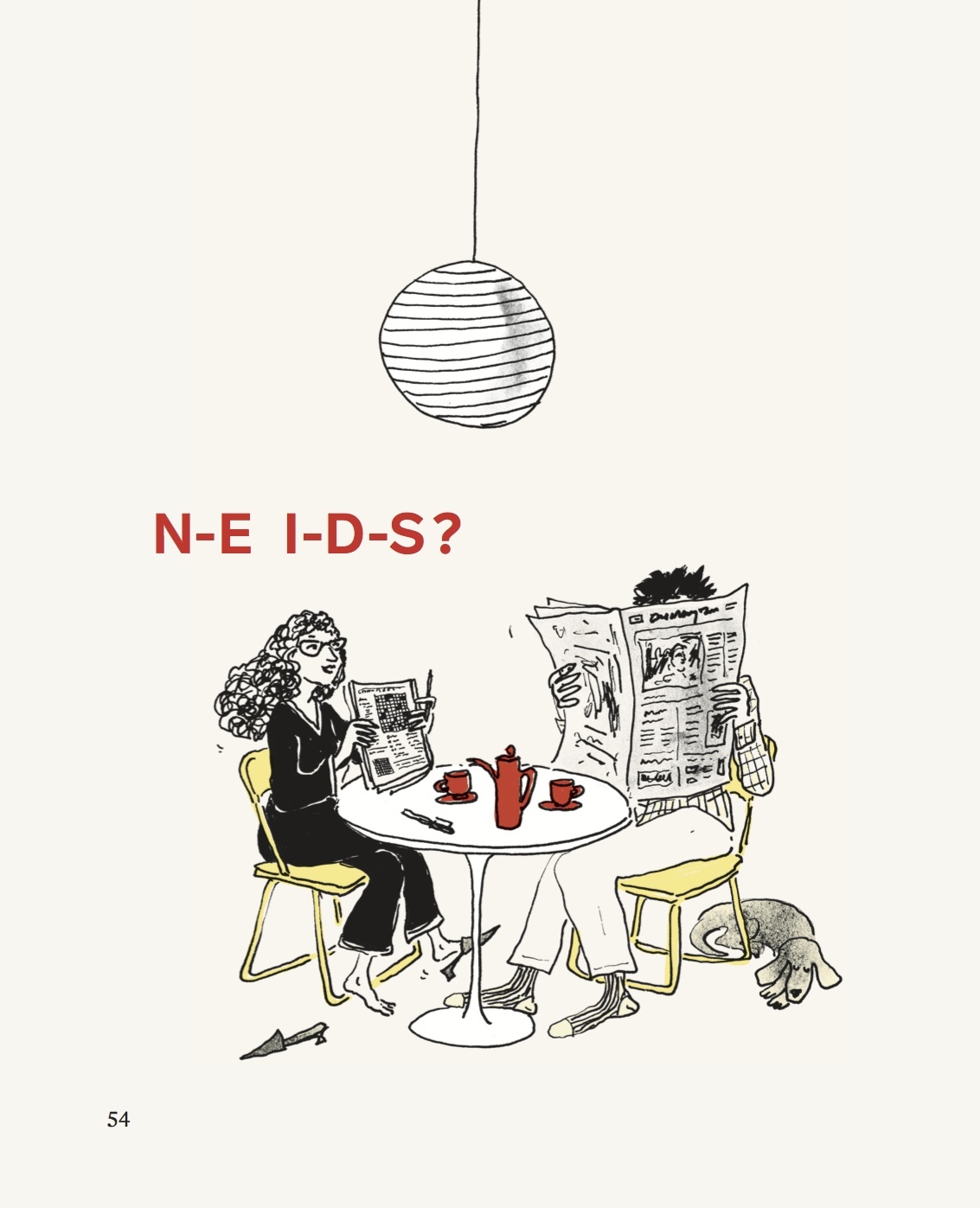 “You could be waiting for the subway at 8am, and a rat the size of a baby runs across your foot and you still have to go to work,” she says. “Or you look out your window to the apartment across the street and there’re people having sex with the windows open, and you just have to go about your day as though that weren’t peculiar at all.”

From overflowing trash cans to someone clipping their nails on the subway, D C-T! evokes a combination of horror, dismissal, and private fondness for the trials of the city – particularly through its use of rats, an urban motif that shapes any early encounter with New York.

Avillez, raised in Manhattan, falls to reminiscing. “My best friend grew up in the building next to me,” she says. “We would spend time leaning out of her window counting rats in one of the warehouses across the street. They were huge and her parents would hear us go ‘there’s one!’ – that was our pastime.”

For San Francisco transfer Molly, she quickly saw the physical impact rats had on the city. “When I first moved to New York my apartment was near the Manhattan Bridge underneath which there was an underpass,” she remembers. “Someone pointed out to me there was a line of slightly darker concrete at the base of the bridge and that was where the oil from the rats brushing against it had rubbed off and discoloured the concrete because there was such a volume of vermin traffic under the bridge: commuters!” 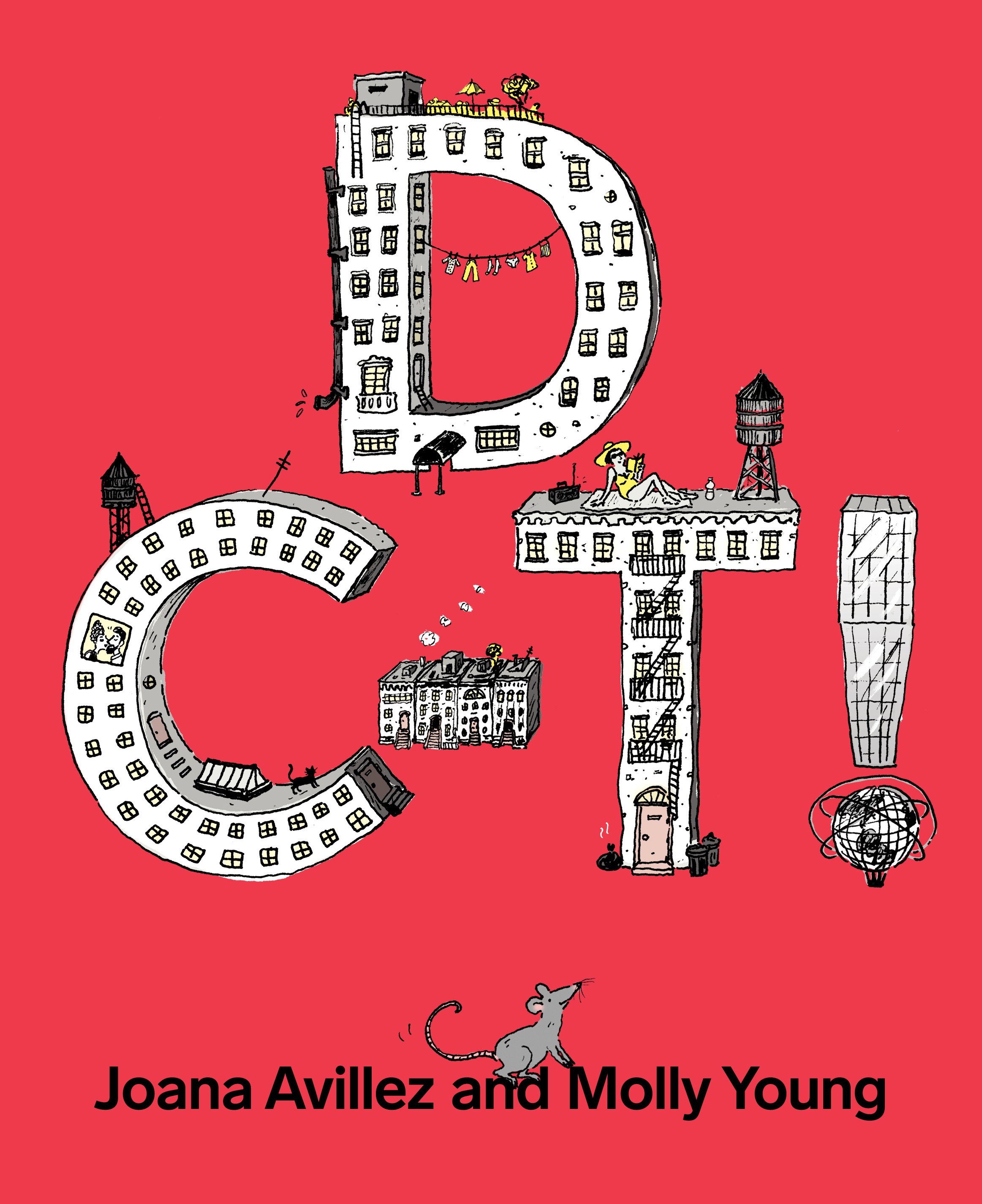 Even of rodents, the city demands hustle. “My quality of life is significantly lower than it would be if I lived literally anywhere else in the world,” Young acknowledges. “But what’s true about NYC that isn’t true of other cities is that there really is a palpable ambient sense of ambition. People walk faster and they do more things in a day.”

However, the tide has turned on the trope of turning up penniless with no plans. “It is over,” Avillez says. “40 years ago there were no streetlights below Canal Street. People lived there because it was dark and young people could have great places to live and work and not pay a lot of money – that doesn’t exist at all now.”

For young creatives especially, it can be tough. “If you want to move to New York and make your way as an artist you do have to be wealthy or deluded,” Young says. But for Avillez, perhaps fantasy is enough: “There’s a certain amount of delusion that young people luckily have.”

“It’s a city that requires constant negotiating and navigating and decoding,” Young concludes.

For these women at least, they seem to have cracked it.

D C-T! by Joana Avillez and Molly Young, is published on May 1 by Penguin Press.

Linkedin
RELATED ARTICLES
OTHER ARTICLES
Rhiannon Adam spent three months capturing an ageing society wracked by division, isolation, and the aftermath of scandal.
The idea that a younger generation is abandoning work has become a popular narrative online, but it doesn’t necessarily reflect reality.
By turning a real-life crisis into daytime television fodder, TV bosses have once again shown themselves to be completely out of touch with audiences.
With skyrocketing rents, packed out viewings, bidding wars and more, renting in London has never been harder.
Rogue landlords are exploiting young and inexperienced renters and leaving them in mental and financial turmoil, reports Niall Hignett.
Photographer David Corio’s archive offers a glimpse inside a revolutionary era of music and nightlife.