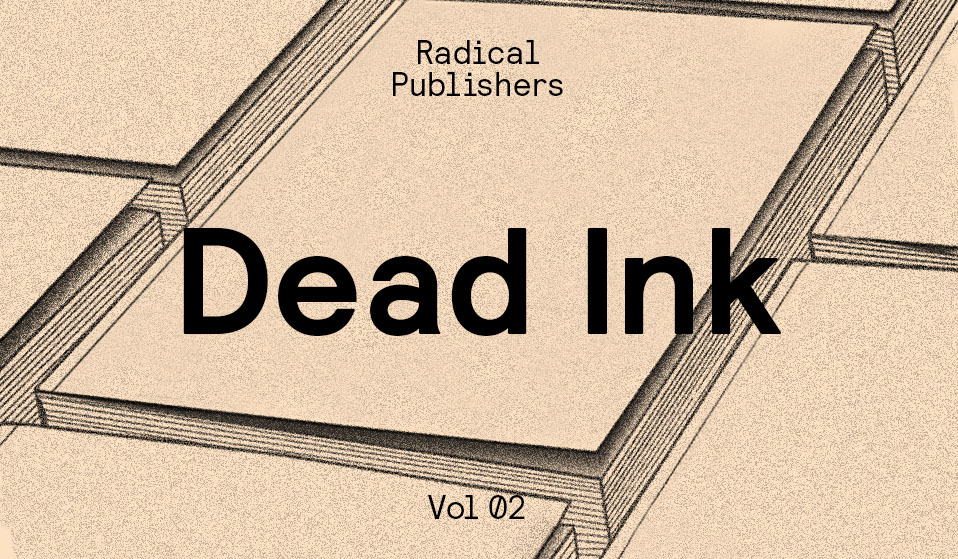 Based on a back street in Liverpool, Dead Ink is bringing a breath of fresh Northern air to a stale, London-obsessed publishing scene. ‘Enough time is given over to blowhard dickheads with unscrupulous agendas,’ says founder Nathan Connolly. ‘If small presses don’t stand up to them, who will?”

Based on a back street in Liverpool, Dead Ink is bringing a breath of fresh Northern air to a stale, London-obsessed publishing scene. ‘Enough time is given over to blowhard dickheads with unscrupulous agendas,’ says founder Nathan Connolly. ‘If small presses don’t stand up to them, who will?”

If you’re looking for an independent publishing house that is young, noisy, ambitious and – importantly – not in London, you’ll find it in Dead Ink.

The company, which is based on a backstreet in Liverpool, want to “bring the most challenging and experimental new writing out from the underground and present it to our audience in the most beautiful way possible.” Last year, with the release of their seminal anthology of working-class essays, Know Your Place, Dead Ink thrust themselves into the limelight.

The press began after Mancunian Nathan Connolly got sick of trying to get a job in the publishing industry. “I applied for everything that I could,” he says. “But nothing was really going anywhere. The advice was that I needed to take an internship first, to get my foot in the door and that – of course – it would be unpaid. Well, I couldn’t afford that, and when I mentioned that it would be a problem for me there wasn’t really much advice back.”

You won’t be surprised how common this story is – but it’s less common for the person involved to get their revenge by establishing their own successful press. Following in the footsteps of The Good Immigrant (and even inspired by a tweet from editor Nikesh Shukla) Know Your Place was a big hit that addressed the way working-class voices were being marginalised in the UK publishing industry. One of the contributors, novelist Kit de Waal, has gone on to do BBC Radio documentaries on the issue and even edit her own anthology on the same subject. Perhaps more importantly, it is a book published by a working-class publisher, of whom there are few in the UK.

The sense of responsibility for deciding which stories are told runs deep in the UK independent publishing scene. From Galley Beggar opening submissions to women writers only, to Peepal Tree publishing Caribbean modern classics, on through Pluto Press relaunching the Left Book Club and Saqi Books publishing work from the Arab and North African world, independent publishers in the UK are at the vanguard of storytelling and representation.

“We produce work and make public statements,” Connolly says. “If we were to just ignore politics and publish work that avoided issues and controversy, we would still be making a political statement of a sort. We engage with it because it is our responsibility to engage with it. Plus, enough time is given over to blowhard dickheads with unscrupulous agendas that go unchallenged – so if small presses don’t stand up to them, who will?”

Dead Ink is a founder member of the Northern Fiction Alliance, which promotes publishing outside of the south-east and is a deliberate counterpoint to a very London-centric industry. What was first seen as a provocation is now being greeted as something worthy of being considered seriously. The NFA was founded in 2016 by Dead Ink (Liverpool), And Other Stories (Sheffield), Comma Press (Manchester) and Peepal Tree (Leeds). Now it has more doubled its membership to include Saraband (Salford), Bluemoose (Hebden Bridge), Tilted Axis (Sheffield), Mayfly (Newcastle), Route (Pontefract), Valley Press (Scarborough), and Wrecking Ball (Hull).

The north/south divide is real in many industries in the UK, but in publishing the gap is as wide as the Humber. Nathan says the Northern Fiction Alliance’s ambition is to build an alternative publishing industry outside of London. “The focus on London has created a lot of problems within the industry and our country as a whole,” he says. “We need to seriously start talking about decentralisation within our industry, because it isn’t just a problem, there’s an opportunity there too. London wouldn’t stop being a great city just because we started paying a little more attention to all the other great cities across the UK.”

The current ‘golden era’ of independent publishing in the UK is fueled by solidarity, mutual aid and respect between the publishers involved. In the face of such a dominant, conglomerated, corporate and bloated ‘Big Four’ (Penguin Random House, Hachette, Harper Collins and Pan MacMillan) independent publishers need to work together to succeed.

“When I look around at what has been published recently, it’s always the independents that I’m drawn to,” says Connolly. “I absolutely think that the independent presses have got the reins and are leading the industry in a way that I never expected to see. It feels like we are all pushing each other on and the traditional world is left playing catch up. What’s great is that as we’re doing it, we’re all emailing and phoning each other and asking for advice. I think that generosity is how you start a real revolution. Dead Ink is a young entrant to all of this, but we were never treated as an intruder or a competitor. We’ve always been given help and I hope we pay it back where we can.”

Following hits like Know Your Place and Naomi Booth’s Sealed, Dead Ink is very much part of the pulse in a section of the publishing world that is the beating heart of written culture in our country.

Guest by SJ Bradley – An excellent fictional look at the real-life infiltration of the Green movement by police officers who engaged in long-term relationships with protestors. 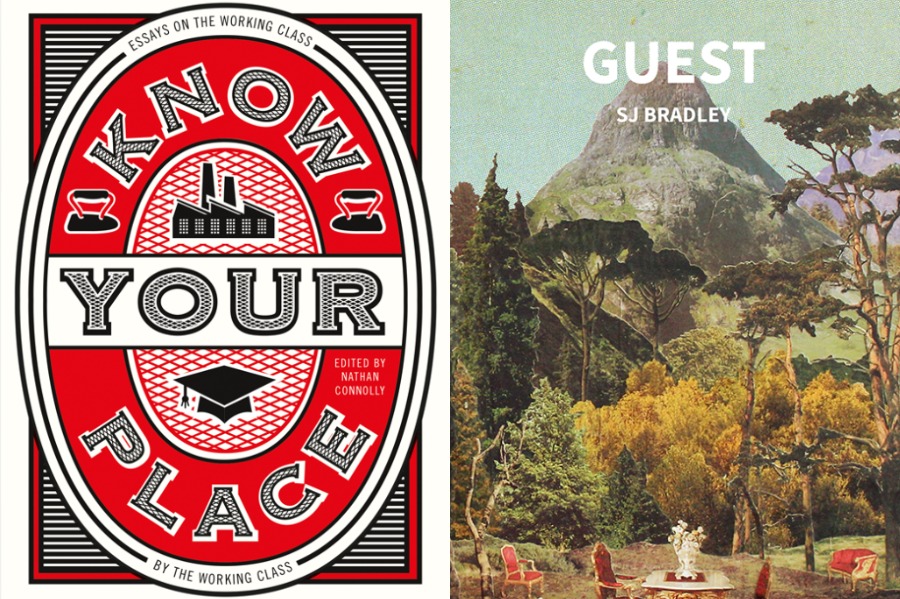 The Study Circle by Haroun Khan – A novel set in an Islamic study group on a south London housing estate, exploring extremism in the UK from both the racist far right, and fundamentalist Islam.

The Unauthorised Biography of Ezra Maas by Daniel James – The story of a journalist searching for the truth about a reclusive artist through 60 years of unreality. Labyrinthine and highly entertaining.

The Eden Book Society by Various – A series of horror fiction titles that were privately published over the last 100 years, now being updated and published by Dead Ink.

Learn more about Dead Ink on their official website.

Linkedin
RELATED ARTICLES
OTHER ARTICLES
The situation in Afghanistan remains dire, with many groups facing persecution at the hands of the Taliban.
Our new magazine is here, starring the inimitable Mitski. Order your copy now and join us on a trip around the world.
In the last of our dispatches from OFFF Barcelona, Rufus Deuchler and Vincent Gault discuss the future of creative process.
The government’s failure to take long Covid seriously has led to the formation of a group campaigning for the thousands of forgotten victims of the illness.
The revered showbiz chronicler recalls his journalistic beginnings, documenting subcultural scraps in the ’80s.
Shifting the focus from the cost of living crisis to tackling obesity while many starve or freeze is farcical and pointless, writes Fatzine founder Gina Tonic.