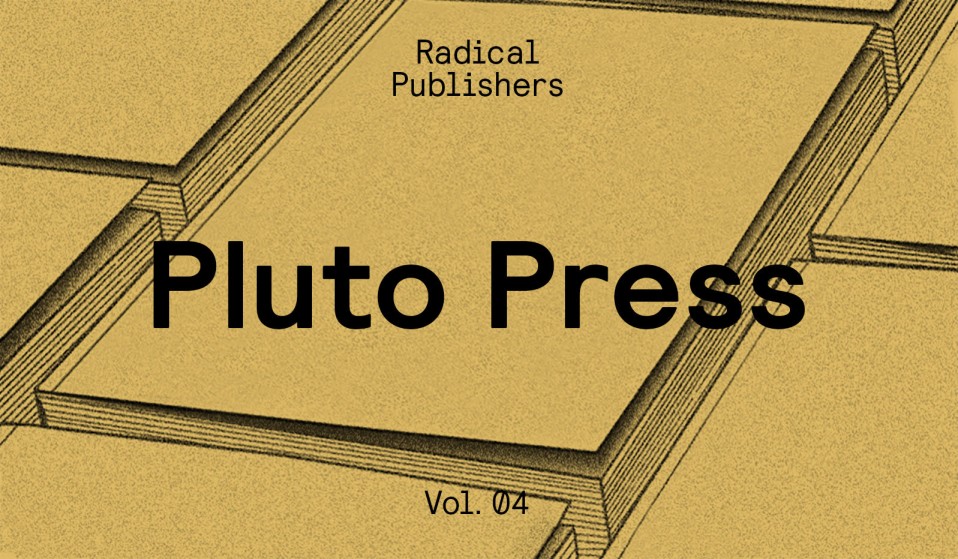 Since its inception in 1969, Pluto Press has become known for its groundbreaking left-wing literature – pushing the genre out of academia and into the real world.

Since its inception in 1969, Pluto Press has become known for its groundbreaking left-wing literature – pushing the genre out of academia and into the real world.

There’s radical, and then there’s stubbornly, avowedly left-wing radical. Making money as a determinedly left-wing publisher seemed nigh on impossible in the 1990s when capitalism was triumphant and the Left in disarray, yet Pluto Press – publishing since 1969 – weathered the storm. Resurgent during the Iraq war of the 2000s and strengthening ever since, the last 10 years has seen Pluto produce some remarkable books; from the radical walking guide to London, Rebel Footprints by David Rosenberg, to Tansy Hoskins’s great work on global fashion, Stitched Up.

Veruschka Selbach, managing director at Pluto, says the role of the radical publishing house is to “identify and support radical currents in the world at large by publishing books that are useful to those currents.”

“These radical currents are not unified,” she explains. “It is important that our list represents a diverse range of perspectives and voices that reflect the complexity of the political world today.”

Radicalism in its truest form is something that must move, adapt and change to stay relevant, to stay alive. “The only way to stay ‘radical’”, Selbach says, “is to keep our ears to the ground, listen and work with activists and authors who are at the forefront of movements, campaigns and political projects. We can’t just sit around the commissioning table and convince ourselves what is radical or isn’t.”

Radical left-wing publishing is often perceived as overly academic, or insular and impenetrable – probably because it mostly is. But Pluto like to mix up academic publishing with more popular writing to communicate beyond university circles. Books like Rosie Walker and Samir Jeraj’s The Rent Trap provide practical advice for tenants with exploitative landlords, and Sound System by Dave Randall is a very accessible book on politics in music. On top of this, there is a duty for the left wing publisher to support the movements it publishes books about in more than just literary ways. Pluto have recently donated money to the Picturehouse strikers and the Women’s Strike, and are currently fundraising for the Grenfell Victims Fund.

One of the most interesting projects Pluto have taken on in recent years is their revival of The Left Book Club. The Club was started in 1937 by legendary publisher Victor Gollancz, a pretty testy time for world conflict and the rise of the far right. Gollancz produced a book a month between 1936 and 1948, including George Orwell’s The Road to Wigan Pier and Edgar Snow’s Red Star Over China. By 1939, 1,200 groups were meeting throughout the UK. Membership peaked at an extraordinary 57,000 and is often cited as an influence over Labour’s landslide victory in 1945.

In our current era, Selbach says, “fascism and racism are on the rise. Refugees are fleeing authoritarian regimes and war. Tensions between corporations and workers are increasing, fuelled by austerity policies and deepening inequality. The world needs a Left Book Club for the 21st Century.”

Communication has clearly changed since 1937, which Pluto wants to reflect. Since 2014, a small group of writers, activists, publishers, booksellers and trade unionists revived the club. They established an editorial partnership with Pluto, publishing four books a year for their membership. Since it’s been a success, Pluto are now planning to push things much further, are aiming to offer a book a month selected from the best books on the Left from a variety of publishers, producing eBooks and audiobooks alongside paperback and hardback collector’s editions. LBC are building a new website that will allow readers to subscribe more easily offering more options, set up book clubs, and find book clubs in their areas.

In 2019 Pluto will have been in the publishing game for 50 years. That’s an incredible achievement for an independent press in itself, let alone one who has a purely radical agenda. Pluto have survived, in part thanks to concrete values and focus.

“We’ve certainly had our ups and downs,” Selbach says. “We believe that one of the things that have made us successful is that we have always stayed true to our purpose. Our publishing is radical and sometimes it doesn’t fit the current zeitgeist. We say the things that others aren’t willing to say. We have taken risks and sometimes those risks have meant that things got harder for us. But all along, we haven’t given in to political or commercial pressure.”

Stitched Up by Tansy Hoskins – Hoskins goes deep into the fashion industry, exploring consumerism, class and advertising to reveal the interests which benefit from the exploitation of workers, shoppers and our bodies. A brilliantly written expose.

A Different Hunger; Writings on Black Resistance by A. Sivanandan – Recently passed away, Sivanandan was one of the most influential writers on race and class in the UK. This book collects his writings on the history of black struggles against British racism from the 1940s to the uprisings of Brixton and Toxteth in the 1980s. 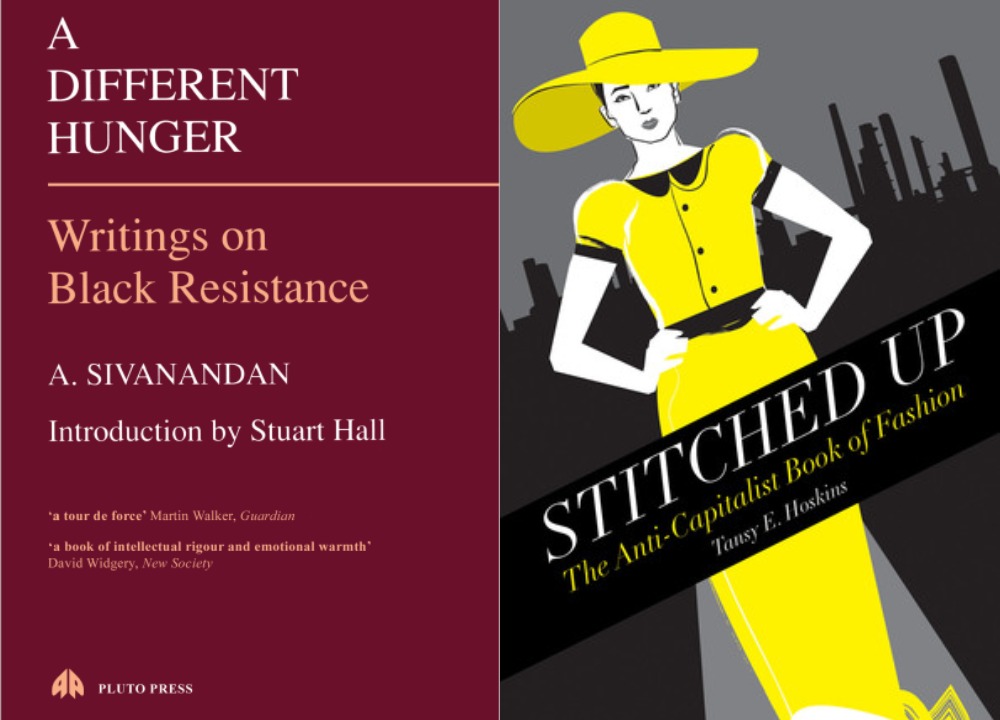 Staying Power by Peter Fryer, (with a new foreword by Gary Younge) – In the wake of the Windrush scandal, Pluto are re-issuing one of the most important histories of black people in Britain. Staying Power has made such a meaningful contribution to British literature by undermining the continual whitewashing of our history.

Talking to North Korea by Glyn Ford – A controversial take on one of the most terrifying political situations of the twenty-first century. Ford has visited the DPRK over fifty times, working with the leadership, making this book a real insider’s account.

Learn more about Pluto Press on the house’s official website.

Linkedin
RELATED ARTICLES
OTHER ARTICLES
Ahead of the release of their first collaborative album, the producer and rapper talk psychedelics and the state of UK hip hop.
Cindy Campbell recounts how her brother ushered in a new era of musical culture at a party she held in the Bronx in ‘70s.
Following the announcement of an 80% hike in the energy price cap from 1st October, crowds gathered outside the offices of energy regulator Ofgem to protest and declare their intention to undertake a payment strike.
Sean Maung’s photos are a love letter to the Black and brown communities that make up New York.
Thousands attended the annual event this year to wheelie through the city and call for ‘knives down, bikes up’.
As the Scottish government announces a rent freeze, an activist with Living Rent who fought and won shares how they did it, and what must come next.