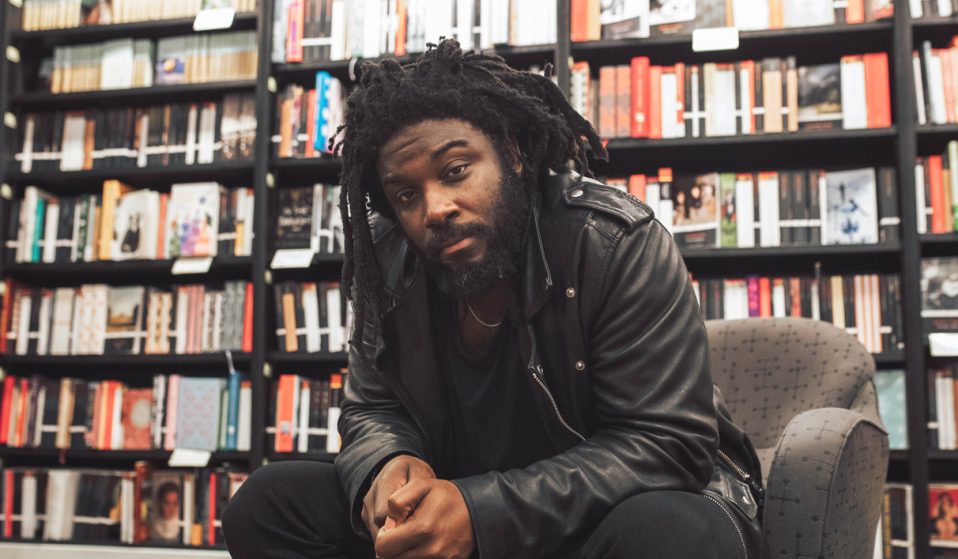 Jason Reynolds has been having the kind of week that would wipe most people out. The 35-year-old writer has been on a whirlwind tour of the UK: visiting inmates of Brixton prison, pupils at a school in Birmingham, a poet laureate in Sheffield as well as the Scottish Poetry Library in Edinburgh. The little time in-between has been crammed with talks, podcasts and interviews.

Yet when he takes the stage at a bookstore basement in London’s West End, the crowd is captivated by a charismatic energy that seems tireless. Although he’s classified as ‘Young Adult’ author, the audience is mostly made up of older women who greet his insights with bursts of applause.

It’s easy to see why. Jason has a knack for getting people excited – not just about books, but the idea that life is brimming with possibility.

Growing up in Maryland, he balked at the idea of reading. There were no books for young people about being black in modern America – nothing that addressed crack cocaine, HIV or hip hop – and so Jason refused to engage with literature on principle.

“I didn’t read anything, as the story goes, until I was almost 18 years old,” he tells the crowd. “Then rap music saved my life. I decided I was going to write poetry because Tupac did… [Rappers] were poets and that was my way in. I knew that if I could do it that way, if I could control my story through this sort of brevity, these bursts of words, then maybe I had a shot. So I came in through the backdoor.” 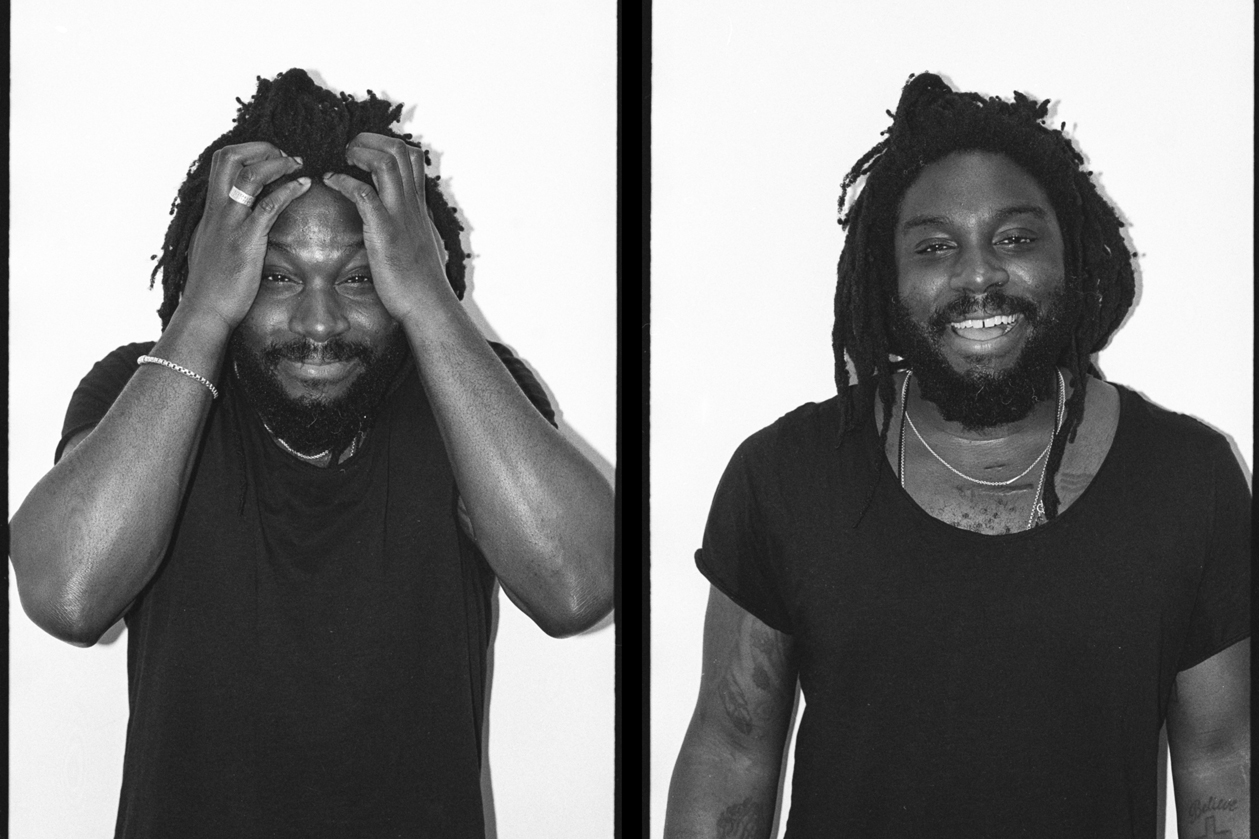 Jason was 21 when he first got a literary agent. His first book, My Name Is Jason. Mine Too: Our Story. Our Way. – a collaborative memoir with artist Jason Griffin – came out just as the financial crisis left the publishing industry in a vulnerable state. Suddenly there was no one to publicise the book… and it flopped. He blew the money on “sneakers, lobster and my mother’s bills”.

Feeling like he’d lost his one chance at success, Jason began writing a letter to himself – “a way to lick my own wounds” – over a period of four years. He’d convinced himself that by the time he turned 25, he’d be a millionaire. Instead he had nowhere to live and worked a job selling clothes in a department store. But as the letter grew longer, it evolved from a moment of self-pity to a proclamation of intent.

“That let me know that at the end of the day, maybe we got it all wrong,” he says. “Maybe this idea that you should go for your dreams… and when they don’t come true, you fail – maybe that’s all rubbish. Maybe the true gift of dreams is dreaming itself. Maybe the real freedom comes in the fearlessness it takes just to have a dream.”

Almost 11 years after starting it, that letter has been published as For Every One. In the time in-between, Jason has published 13 books (including nine over the last four-and-a-half years), several of which have been New York Times best-sellers. 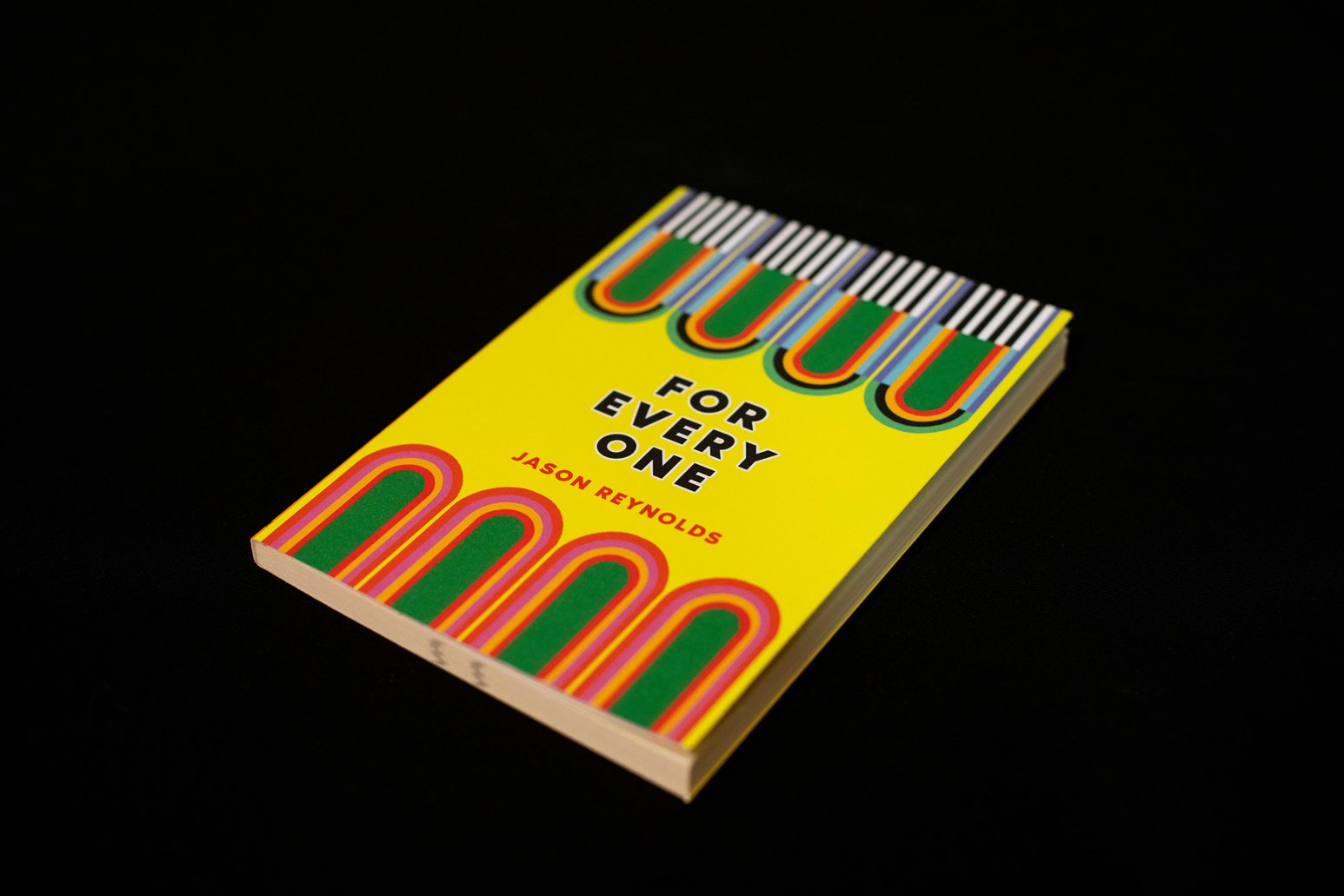 Ghost – named by PBS as one of America’s 100 most-loved books ever written – is the first in a four-part series for young adults and will be released in the UK next month. Long Way Down, his breakthrough novel-in-verse, is already being made into a movie.

Now that things are going well, Jason is making a point of connecting to as many young people as he can – whether they’re in school or juvenile detention centres – by having an honest conversation about everything he’s been through and where it’s led him. Here are some nuggets of advice he was willing to share with Huck.

When I speak at schools and open it up for questions, I always tell people that they can ask anything they want. I think it’s necessary that they know I’m a real person, that I write books but I also live a normal life. The questions can range from, ‘Do artists always draw from their own lives?’ to ‘Are you rich? What car do you drive?’ All of which, I think, are great questions because what they’re really trying to figure out is whether they can make a living from it. ‘If he can do it, maybe I can too.’

Insecurities can be healthy

I hope that there’ll be a time when I feel like I have nothing to prove. But at the moment, the chip on my shoulder is still there. Perhaps I won’t ever want to get rid of it; it can be my driving force. Sometimes insecurities and fears can push us towards greatness: to do more and to be more.

You have a to find a balance, of course, especially when it can teeter upon obsession. In order to will yourself to any kind of success, there’s gotta be a little bit of obsession. And if you can’t keep a handle on it, things will be a little funky for you. I have to deal with all that. But part of me kind of nurses that chip on my shoulder as a reminder of where I’ve come from. 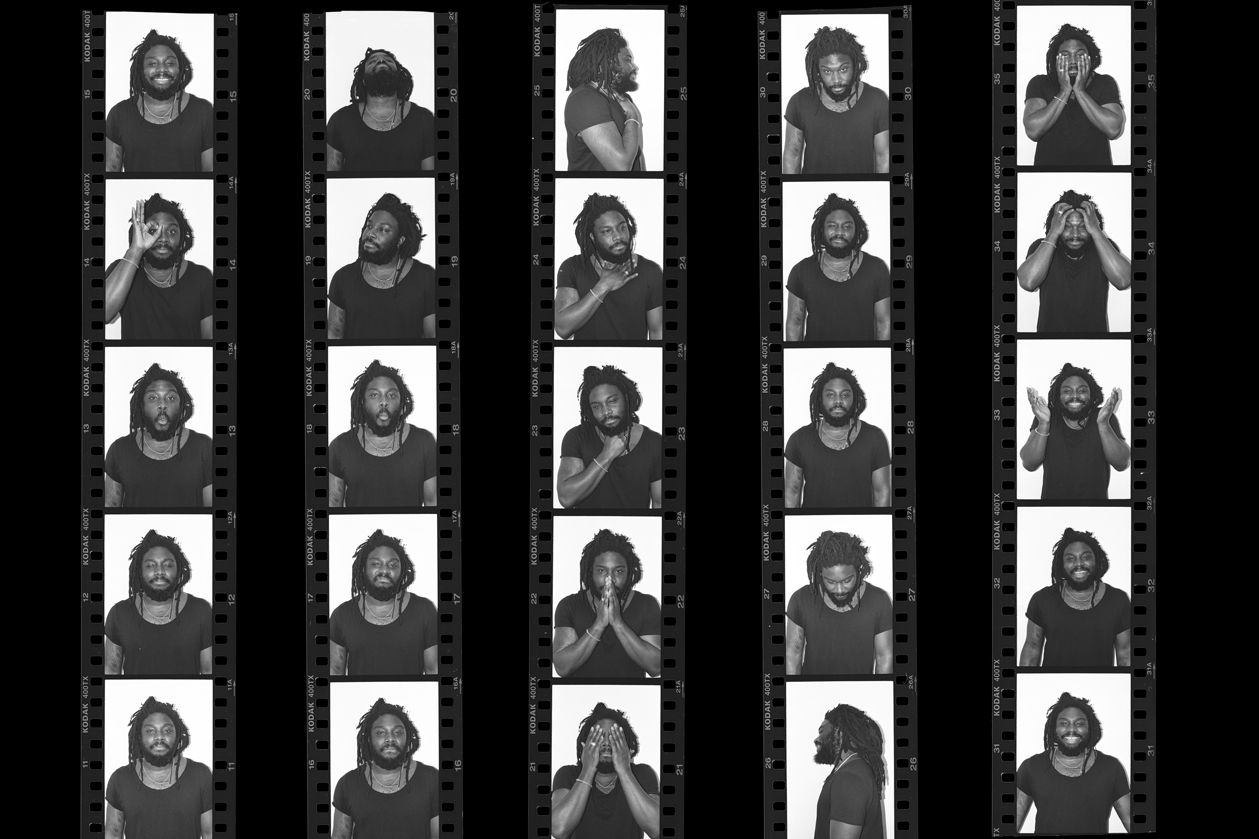 It took a long time for me to self-publish but what I learned more than anything is that nobody is willing to invest in you more than you’re willing to invest in yourself. Funnily enough, it gives people more of a reason to take a risk on you in the first place because they know that you’re not willing to fail yourself. Self-publishing taught me that if I can hustle and make sure that I believe in me, then I can convince other people to do the same.

Those moments when you’re struggling just to get the words down? That’s usually where the best stuff is. It can feel like you’re slogging through the mud just to get something on the page, but when you go back and read it later, it’s usually better than you imagined. The ‘eureka moment’ stuff is is often what gets cut. That’s just the process. I had an editor 15 years ago who told me that the moment you lose that doubt is basically the end of it all. You have to keep a little bit of that there… If you become overconfident, your writing will suffer and it’ll fall flat. And no one wants that.

Sometimes pain can be funny

There’s a book called A Man Called Ove by Fredrik Backman, which is all about this mean, cantankerous old man – but it’s really funny. That’s the truth of our lives. Like, I have anxiety. I have it terribly. And I have neuroses. I am that guy. But when I’m around my friends, they just laugh hysterically. What’s painful to us – if we were to look at it outside of ourselves, sometimes it’s pretty damn funny. So as a writer, you gotta put that part of the story in there as well. You’ve got to figure out how to add just enough levity to lighten the story up and keep the reader engaged. The goal is always to write a whole human, not just a caricature. 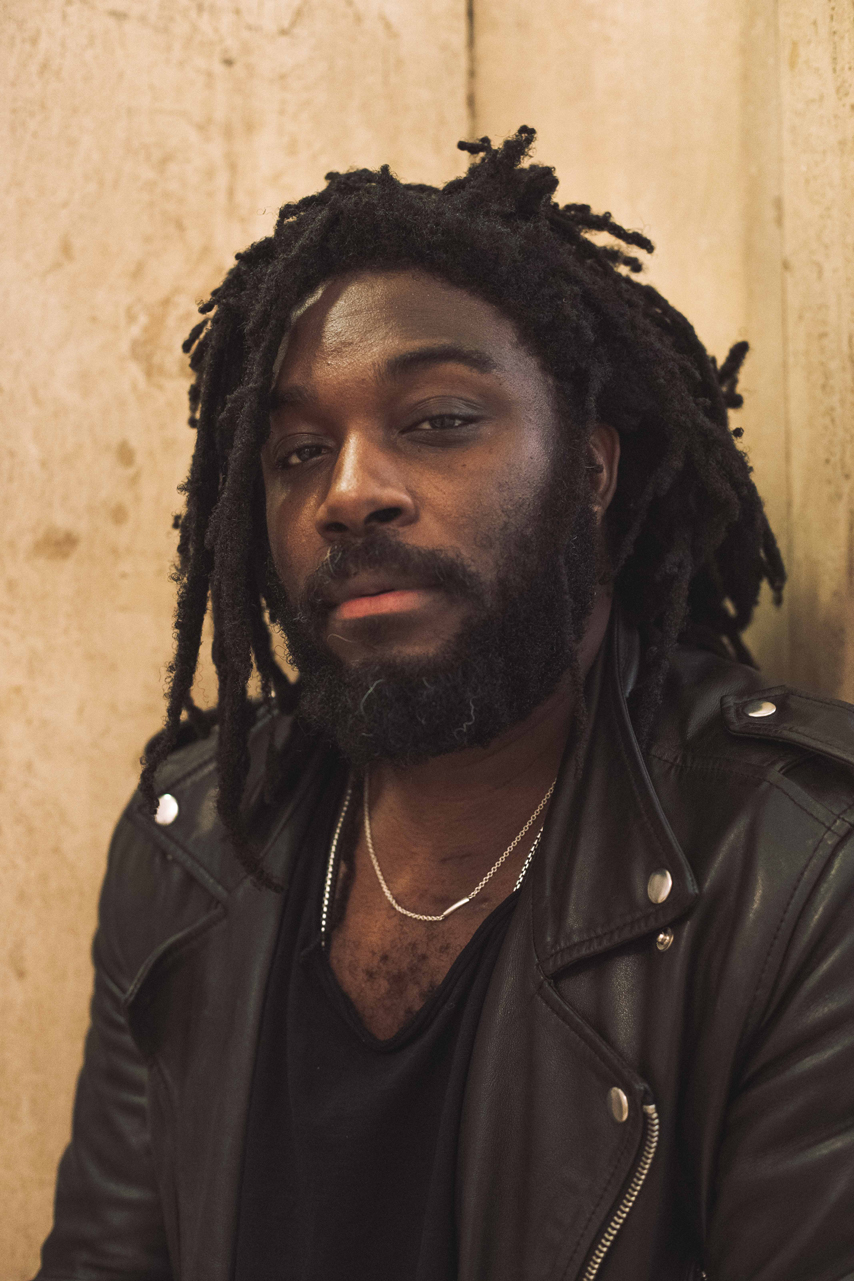 I think it’s important to be weird because our weirdness sparks curiosity, right? It tilts the world on its side and creates a point of view that you might not see otherwise. I think all of us are weird in certain ways, whether we like to admit it or not. If someone is around to see that, it changes their perspective because now they have to engage with this person who sees the world differently to them. We don’t like to think of it that way but it’s the thing that binds us. If nobody’s weird, then nothing ever changes. It’s our job as human beings to continue to push our species, our culture and our world forward and in order to do that, you’ve got to be a bit irreverent.

The most important thing someone else ever said to me came from my first editor. Many years ago, she told me that my intuition would take me further than my education ever would. That’s the most powerful thing ever said to me because it’s absolutely right. Trust your gut… and remember that the most valuable thing you’ll ever own, the most expensive thing you’ll ever have, is your story.

A special gift edition of For Every One is published by 404 Ink. Ghost will be published by Knights Of Media in February. Find out more about Jason Reynolds at his official site.

Linkedin
RELATED ARTICLES
OTHER ARTICLES
In the last of our dispatches from OFFF Barcelona, Rufus Deuchler and Vincent Gault discuss the future of creative process.
Members of the collective share some of their reasons to run as part of #UnitedBySummits, a campaign that looks to uncover transformative power of the outdoors.
Over the weekend, London locals came together to resist a pre-planned police raid targeting delivery drivers.
The answer to improving the well-being of Palestinians rests not with individualised solutions from the Global North, but with ending settler colonialism.
To mark the anniversary of the mass trespass of Kinder Scout, a group of hikers came together with the intent of creating a new, fully inclusive culture for rural spaces.
After news broke last week around an expected reversal of the 1973 landmark law that made abortion legal in the US, protestors gathered in the UK in support of American women.