Art & Culture / Books / Juno Dawson: the YA author taking on the fashion industry 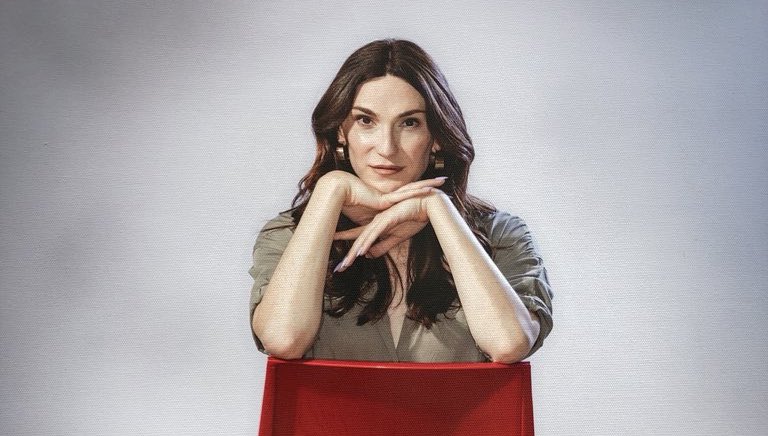 In her latest book, Meat Market, the author and activist shines a light on the darkest corners of the fashion world. She talks to writer Jake Hall about exploitation, white saviours, and the real villain of The Devil Wears Prada.

In her latest book, Meat Market, the author and activist shines a light on the darkest corners of the fashion world. She talks to writer Jake Hall about exploitation, white saviours, and the real villain of The Devil Wears Prada.

Juno Dawson’s mind seemingly never switches off. In the last few years, she’s released more than a dozen books, most of which weave vital topics – including mental health, addiction and sexuality – into engaging, quick-witted young adult (YA) fiction. “Even now I’ve got about six things in various stages of development,” she explains over coffee in one of London’s most exclusive membership clubs. “I’m doing script work, which is fun because you can pitch really easily. I could sit down with a production company and say, ‘Look, do you think there’s something in… I don’t know, sassy leprechauns?’”

She quickly confirms there’s no sassy leprechaun script in the works, but jokes like these come thick and fast from Juno, who possesses the rare skill of making everyone in her presence feel completely at ease. During our interview, she laughs with waiters, comedically battles the remnants of a dry nut shard lodged in her throat, and pauses mid-sentence after (sadly, mistakenly) thinking she just spotted Liam Neeson.

This warmth and humour translates deftly throughout her latest book, Meat Market, an exploration of the fashion industry through the eyes of sarcastic, lovable 16-year-old model, Jana. As ever, the book deals with thorny issues – prescription drug abuse, child exploitation, sexual assault – but in Juno’s hands, they never feel overwhelming. To celebrate its release, we sat down with the writer to chat sustainability, scouting and the real villain of The Devil Wears Prada.

Where did the idea for Meat Market first come from?
I worked as a primary school teacher a while ago, and I remember having a random conversation with some lovely parents about their 11-year-old daughter being scouted at Winter Wonderland. This girl was tall, but clearly prepubescent! It hit home for me that the fashion industry was essentially taking children and putting them on ice until they could work. Even before runway appearances, they’re being farmed out to casting agents and designers. Also, the scouting process: it’s an adult approaching children in a public place and asking to take pictures of them. Agencies are recognising the importance of women scouts and how they can alter that dynamic, but that is how the industry works. It almost doesn’t need a judgement call, it just is.

You explore this through the lens of Jana, who is critical but never bashes the industry. Was that deliberate?
I wrote her as this self-assured teenager with her own sense of style, which I definitely wasn’t – I sometimes joke that the reason I transitioned was to destroy all the pictures of me from the ’90s! Jana knows what she likes, and her taste is very much informed by music. But there’s this element of her falling into an industry which people say is art, not business – nothing that makes that much money is not a business, so in that sense the fashion element was me trying to make sense of that world too.

Then there’s the fact that so much of modelling is genetic – you’re either 5”10 and size six with an excellent bone structure, or you’re not. Modelling isn’t something you can really train at, although there is a skill to it, so once you’re inside it can be easy to get stuck. There’s one line in the book, which came from a real person: can you think of any other job where a 17-year-old can earn £10,000 per day? Add that pressure to the constant jet-lag, the constant hunger…

Is that hunger just a byproduct of packed schedules and a lack of time?
I don’t think girls are encouraged to eat properly, and the lack of time leads to convenience foods which aren’t particularly good for you. I remember having conversations with models who were told to lose weight without it ever being said; they were questioned about their breakfast, encouraged to detox and consider nutrition. Then there’s my favourite – you need to ‘tone up’.

That definitely mimics a shift in the language of diet culture, too.
Exactly. An agent will say, ‘well of course, I would never tell you to lose weight, but this designer does like the really thin girls…’ Also, these girls have eyes! They’re standing in rooms full of competitors, and they know the only thing they can control is how much they eat. It’s deeply, deeply toxic. I don’t want to clobber the industry though, and things are changing. Girls on the runway are looking healthier; New York and Paris brought in new regulations around health and BMI, and Kering banned girls under 18 from the runway. These are all steps in the right direction. 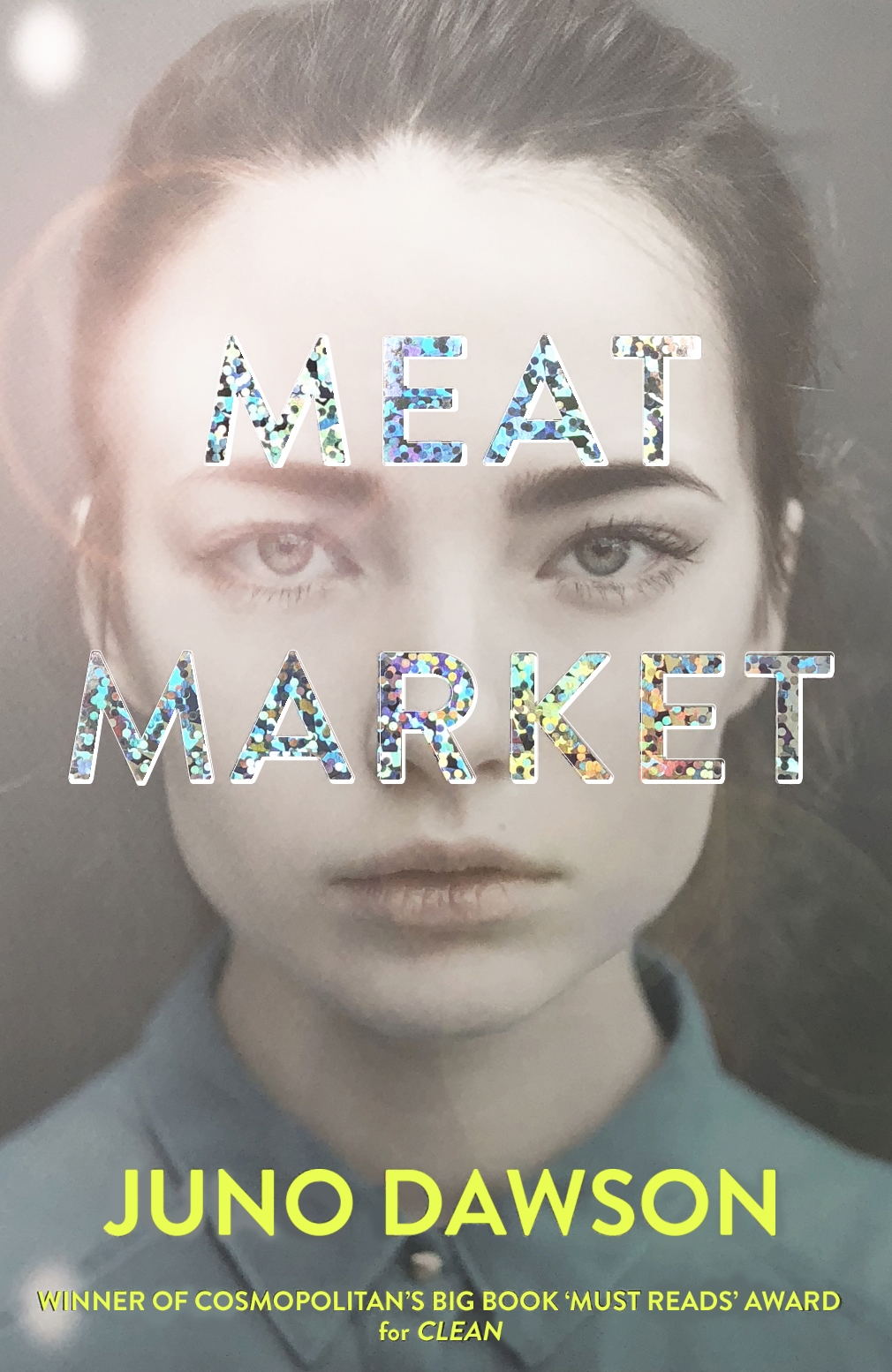 You reference the Rana Plaza disaster; was it important for you to raise awareness of that amongst your YA audience?
The Coda factory burning down was going to be a larger storyline. The plot initially ended with Jana going to Bangladesh for a documentary about garment workers, but my editor rightly pointed out that I had already so many issues, and that the storyline could read as a white saviour narrative. There’s also the issue that if we move garment industries out of developing countries entirely, their infrastructures will crumble. It’s an incredibly complicated issue, and one book can’t do everything.

Without going into too much detail, there’s also another storyline which touches on the normalisation of self-medication.
Well, I do love a regional news program – my local is currently obsessed with The Xanax Epidemic, because it’s treated as so normal in the USA. But it’s being used recreationally in the UK in a very different way – it’s an anti-anxiety medication which isn’t cleared for use, and I’m sure that’s with good reason. Jana spends a lot of time in New York, so it was a no-brainer to think she would be offered it. It wasn’t so much about making addiction a central theme of the book – as it was in my previous novel, Clean – it was more about signalling this drip-feed decline in her life.

And it is gradual – The Devil Wears Prada portrays the fashion downfall as so swift, and so extreme.
Ugh, The Devil Wears Prada – the only thing she needed to get rid of was the boyfriend! That film makes me so cross, it’s almost like she’s better off with Miranda Priestly than this coercive, controlling partner. The film should have ended with Andy saying: ‘I hate this job, and I hate you – fuck you. I’m off to start my own publicity firm… BYEEEE!’

You said that fashion played a formative role for you, so there is a sense of you digging into the industry without scapegoating it. Was there a sense of almost offering readers a guide to deal with it?Well, the best scene in The Devil Wears Prada is the ‘you think this has nothing to do with you’ monologue. In that sense, I hope that my book encourages people to question and address it, because it is something we all interact with and its issues are very much feminist issues – the vast majority of its global workers are women. It’s about recognising where we sit within this strange hierarchy of privilege and acknowledging that we’re all up to our eyeballs in fashion – what can we do?

From a sustainability standpoint, what can we do?
People say: ‘buy one Vivienne Westwood piece, it’ll last you 20 years.’ Sure, if you’re rich! I try to buy as much vintage as possible; if you’re buying high-street, look after your clothes and wash them well. Get them mended, or donate them to a charity shop so they can have a whole new life.

And from a more general perspective?
I’ve been approached for three different Pride campaigns this year, but because they’re all fast fashion I turned them down. LGBTQ people can thrive in the fashion industry, and we are seeing the likes of Edward Enninful make efforts to make Vogue more diverse, and brands more generally use a broader range of models. That’s great, but none of this should be about tokenising – what’s the point in using one trans model every few seasons, or manufacturing your Pride collections in countries where gay people can be stoned to death? These positive steps are important, but they’re part of a much bigger picture.

Meat Market is out now.

Linkedin
RELATED ARTICLES
OTHER ARTICLES
Meg Handler’s photos capture diverse groups of New Yorkers coming together for the collective cause of civil rights.
As the cost of living crisis bites, letting go of treats to keep us going is proving difficult – but we should’t just blame ourselves for our financial worries.
In North Carolina, people are living near to Duke Energy’s Belews Creek Steam Station, where toxins are pumped into the air, water, and soil.
Alternating between colour and black-and-white, the photographer chronicled sexual liberation, economic crises and the repercussions of the war in Vietnam.
Layna, Maysa and Amaya are three siblings looking to disrupt narratives around the sport. In doing so, they’re hoping to inspire a new generation of skateboarders.
The demonstration took place this week over plans to slash £50m from arts bodies in London.