Art & Culture / Books / Mat Osman: ‘I went from being a rock star to driving a van’ 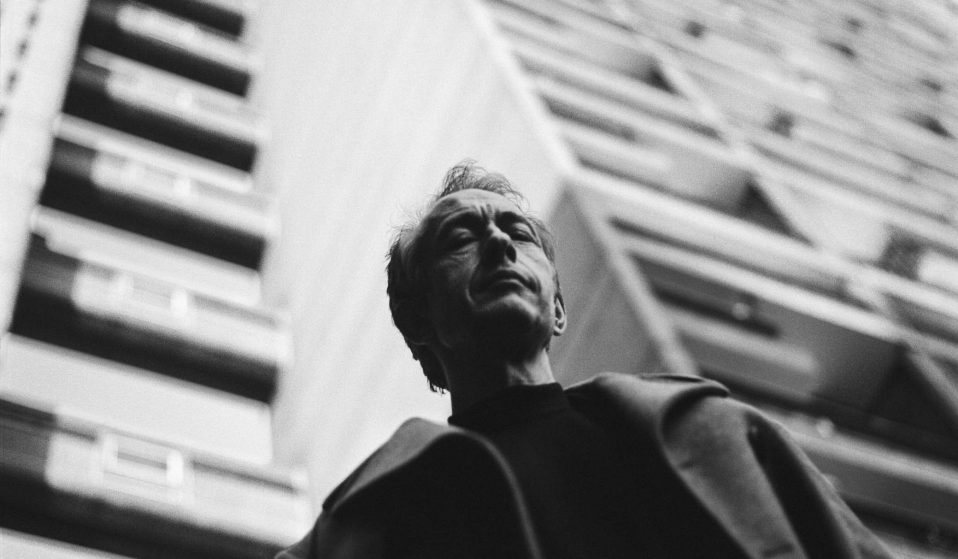 The Suede bassist is releasing his first novel, The Ruins, this month. He reflects on the personal highs and lows, as well as the wider cultural changes, that helped bring it into being.

The Suede bassist is releasing his first novel, The Ruins, this month. He reflects on the personal highs and lows, as well as the wider cultural changes, that helped bring it into being.

When Suede broke up in 2003, Mat Osman wasn’t sure what to do with himself. He’d made a good living from playing bass in one of Britain’s best-loved indie bands, but by the early ’00s, Suede seemed out of ideas and even their loyal fan base was waning. Singer Brett Anderson decided it was time to lay the group to rest, and the respective members suddenly found themselves with nothing to do.

“I had it in my head that I didn’t want to be involved in the music business,” says Osman, sitting at his kitchen table in West London on a bright January afternoon. “That it was this kind of cesspit of shallowness and money. And I got the shock of my life when I went out and discovered that that’s just work. It’s nothing to do with the music business; it’s to do with business.”

Suede have since reformed and are enjoying a renaissance that few bands get to experience a second time around, having released three critically acclaimed albums and played some of the best shows of their career. A new album is currently being recorded, and the MO seems to be onwards and upwards. However, the years in the doldrums – which Osman describes as “failure” – form the basis for his excellent debut novel, The Ruins (out later this month via Repeater.)

“A lot of the book comes from those six or seven years as a failed musician,” says Mat. “Just thinking, ‘What the fuck do I do now?’ I went from – and it’s a horrible phrase – ‘being a rock star’, to driving a van and working in an office within the space of a month. It’s quite an interesting experience, and one of the things I wanted to explore was whether you could be a completely different person. Is it even possible?”

Osman investigates the possibilities of change in a noirish thriller where the two main characters are identical twins. “I’ve got twin nieces and they utterly fascinate me,” he admits. “The way they experience the world is so different from the way the rest of us do. It’s like having an external soul or something. And I think one of the things that’s striking about them is that it shows how clearly you get shunted into roles really early in life. One of you has to be the quiet one, one of you has to be the naughty one, one of you has to be the smart one, when in reality they’re remarkably similar. They get put into these roles, and they grow into them really quickly.” 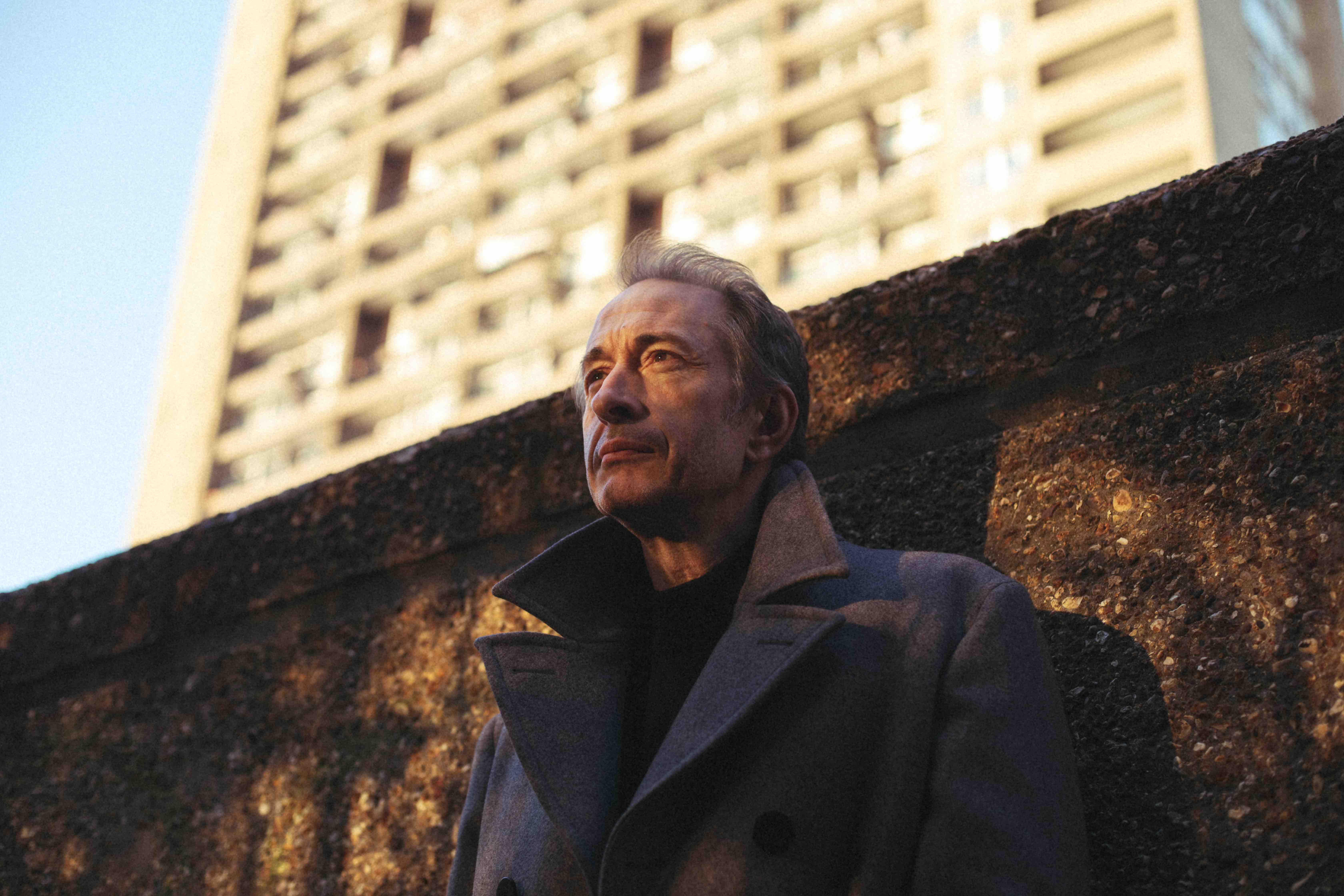 In the book there’s Brandon; a deeply selfish failed rock star, and Adam; the geeky, sensitive one who sequesters himself away building an impractically enormous model world where he can disappear. Their lives intersect in wildly imaginative ways after many years of estrangement, though it’s not a reunion in any conventional sense. Are there elements of the author in these characters?

“Oh yeah,” says Mat, emphatically. “I’m not that good a writer that I can just make that stuff up. Brandon is what I would be like if I was a singer. He’s probably what I was like when I was 27 or 28 – a bit of dick. One of the really enjoyable things was writing a character who is entirely selfish. There’s definitely a bit of wish fulfilment there.

“I also wanted to write about a changing of the guard. Brandon still believes in bands and rock stars, in that post-Beatles, four guys with guitars way, and it’s done. It’s come to the end. He’s an ageing white guy who thinks that people should listen to his art and everyone else out there has faced up to the realities of the 21st century.”

Brandon appears to be unflinchingly stuck in the ’90s; a kind of Liam Gallagher character had Liam not managed to stage his own comeback by resolutely not changing. “One of the weird things about the social media world is that you can live entirely within the bubble of your own fame, and in his case it’s a huge bubble,” he says. “It’s incredibly seductive. I get a reality slap whenever we go touring and I bump into someone in a coffee shop and they say, ‘Oh, are Suede back together again?’ And you realise that you might have made a splash here, but in wider culture, it’s nothing.” 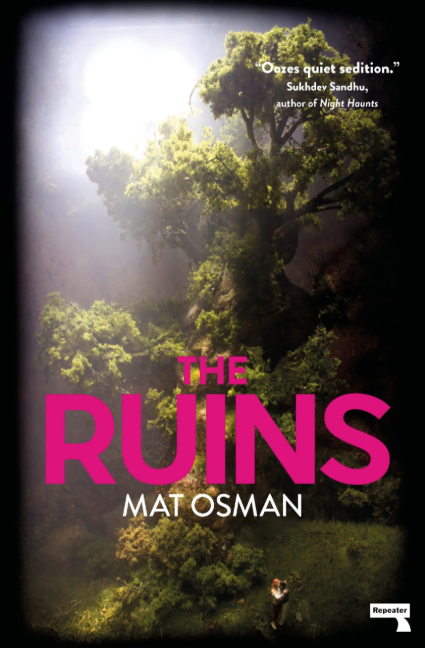 Without giving too much away, the book is also built on a relationship that comes into being across the Atlantic via video chat – a very modern scenario, with screens acting as metaphors and motifs concealing reality. “I don’t think there’s anything more modern than Skype conversations,” says Osman. “It feels like the 21st century to me. Often I’ll chat on the big screen and in one sense the person on the other end is so real and larger than life, but at the same time you’re always disconnected; the eyes are never in the right place, you never know where to look… just this kind of fracturing of connection. That was a deliberate thing in the book: miscommunication, selfishness and using screens to hide things.”

As well as this sense of dislocation, location itself plays a big part, with the “evil twins” of London and LA straddling the narrative and adding to the general state of flux. “As we move into the 21st century, cities just become more and more alike,” he says. “I wanted to write about these cities because they’re two cities that I love. London, in particular, is kind of twisting and unknowable. I love the way that if you’re not from here then you’re getting fucking lost. Because nothing makes any sense and there isn’t a straight line in the entire place. And LA is like the anti-London, a machine for delivering stuff to your door. Everyone stays inside and they don’t care about the architecture.”

Most of the action is set in 2010, and the London the protagonists have known is changing. “When me and Brett moved here some 35 years ago it had the very last threads of post-Pistols cool…” Then in 1999, when Osman moved into his house in NW10, he remembers Jamaican, Gujarati and Brazilian communities coalescing on their doorsteps, even when snowing, whereas “nowadays it’s all people like me and nobody leaves the house. You go outside and its a ghost town and there’s nobody there apart from kids with their nannies.”

One of the key landmarks in the book is the Treillick Tower, which Osman can see from his studio. It’s a brutalist masterpiece that was so misunderstood when it was unveiled that Ian Fleming named one of his arch-villains after the Hungarian architect who designed it, Ernő Goldfinger. It represents the changing demographics of the capital in microcosm, and its fortunes are in stark contrast to Grenfell just down the road. “The reason I brought the Trellick Tower into the novel is because I knew it would be the kind of place Brandon would have spent his time in during the ’90s. Again, it’s part of the old world, and now it’s all just French bankers.”

And what of the other brother? “Adam is what I was like as a kid,” says Osman. “I loved sitting with books and models and having something of my own. They’re both me taken to a logical extreme.” 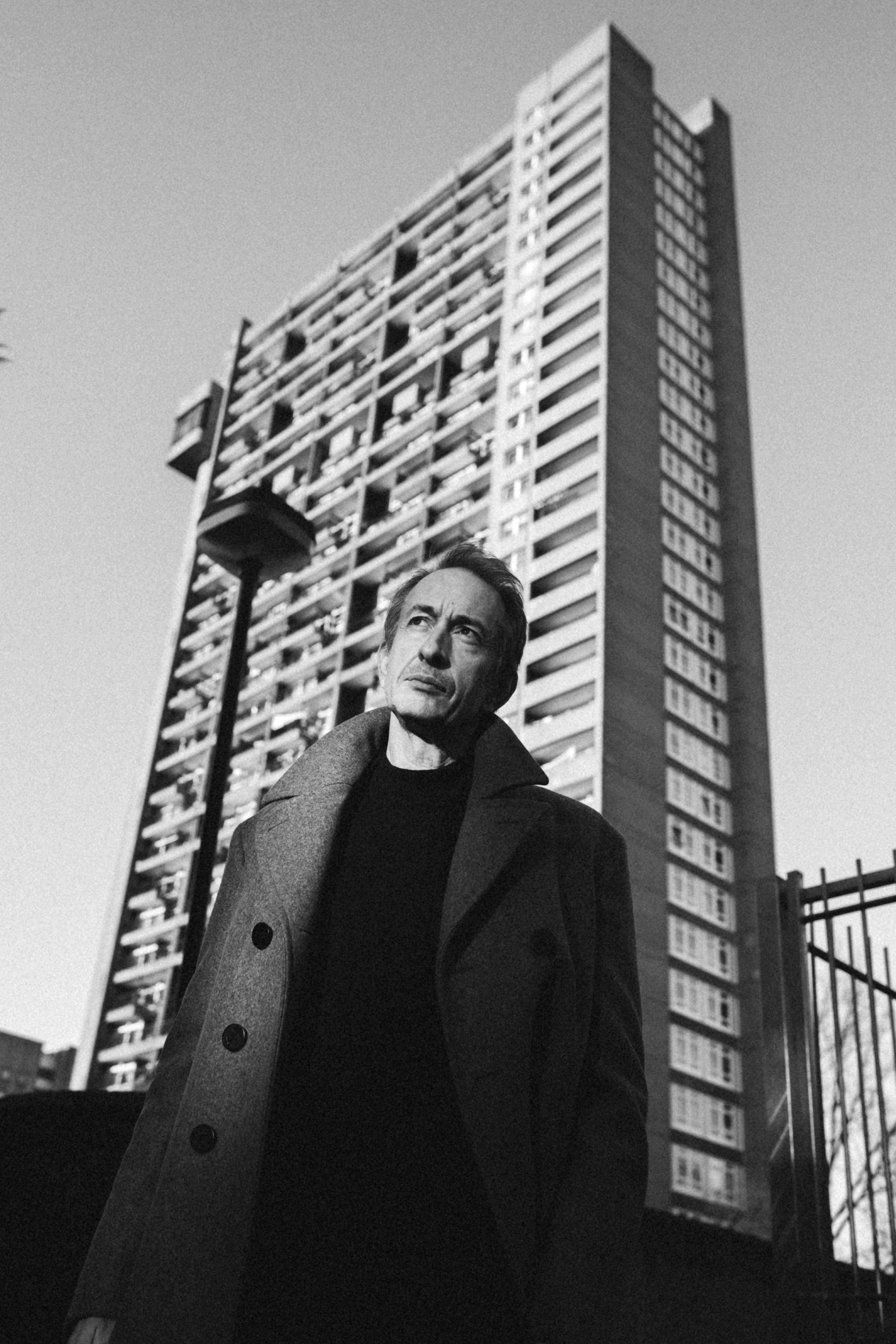 Is there any of his own brother, the game show host Richard Osman, in these characters? “Weirdly there’s a lot of my brother in Adam,” he says. “He’s obviously a much more accomplished and sociable man, but when he was younger he would have these huge league tables of Subbuteo and marble racing and he’d spend days with these huge encyclopedias of results.”

“The book was originally called Control, and a lot of it is about this very male obsession with having a corner of the world that they can control and not feel impotent because there’s something that’s theirs which they’re the kings of. Adam literally has his kingdom and Brandon has his band. What happens when the only things you control fall apart?”

Osman wrote the book in the downtime between touring, and he only shared the fact he was writing it with his brother, because Richard was writing a novel at the same time. “We swapped contacts and commiserated with each other,” he says. I wonder how his writing differs from his brother’s? “He’s right at the heart of mainstream culture, and as is befitting for a nearly 50-year-old man, he’s not remotely interested in being cool. I don’t think I’ve ever reached that point. That’s a bad thing, that’s something you’re supposed to have grown out of by now.”

Osman’s bandmate and oldest pal Brett Anderson has written two memoirs so far, Coal Black Mornings and Afternoons With The Blinds Drawn, both equally well-received when they came out in 2018 and 2019 respectively. Was Osman interested in doing something more autobiographical? “There really didn’t seem any point doing a memoir as I knew Brett was writing his. Firstly who wants to hear from the monkey when the organ grinder has a book coming out? And the other thing is, I have a fucking terrible memory. Brett’s memory is ridiculous,” he says, laughing. “It’s entirely unfair.” 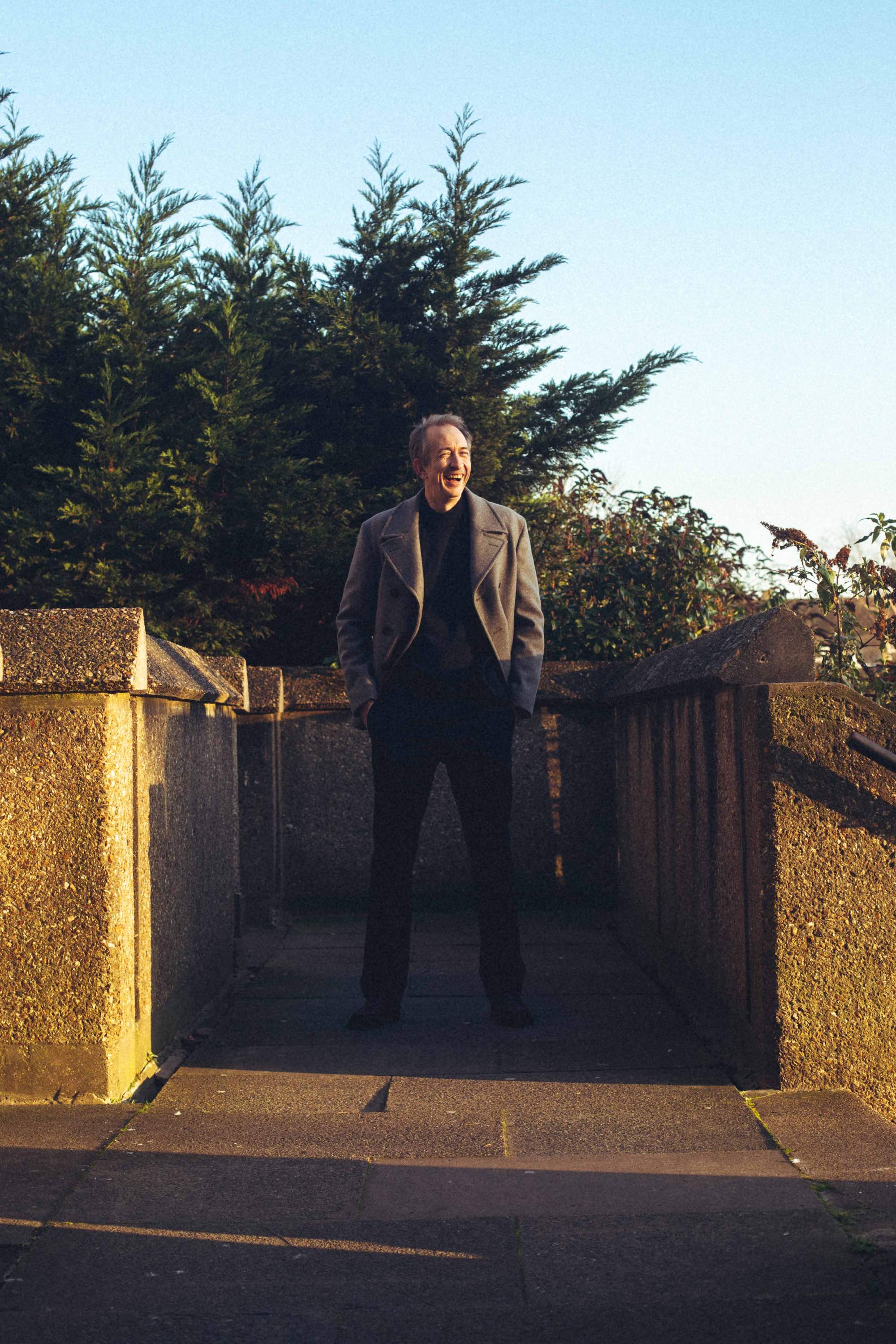 The Ruins is released on February 12 through Repeater Books.

Linkedin
RELATED ARTICLES
OTHER ARTICLES
With a new bill seeking to further criminalise asylum seekers, the work of a group of volunteers monitoring small boats in the English Channel is all the more vital.
As the pandemic forces droves more people into hardship, landlords and letting agents are capitalising on our worsening housing emergency.
In Sheffield, food delivery drivers are fighting back against one of the giants of the gig economy.
Ahead of the policing bill reaching its final stages in the Lords, protestors came together to rally against the legislation.
Riding from street to street on his trusty bike, Scottish photographer Sandy Carson documents his adopted home at a unique point in its history.
While the popular news aggregation service has been kicked off Twitter, its demise does not spell the end of digestible misinformation.