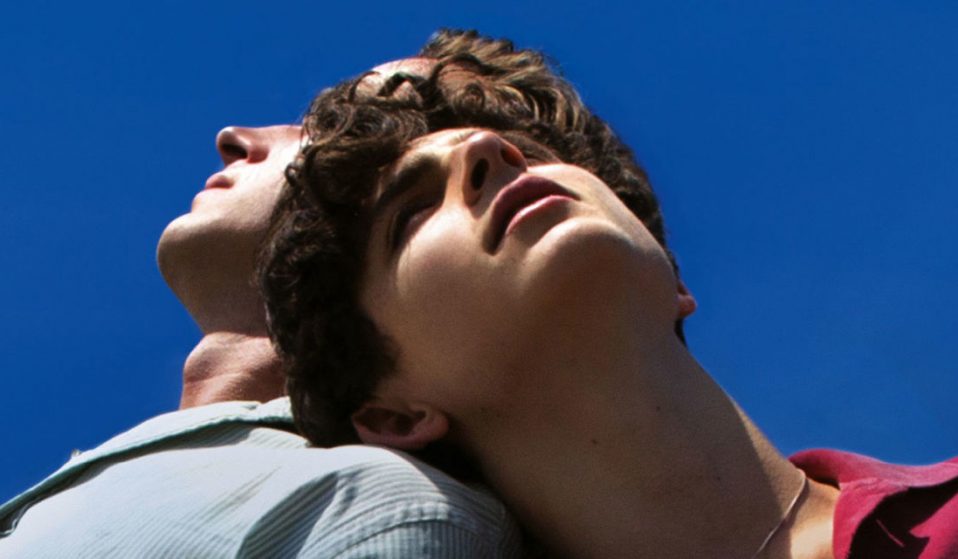 Photography © Sony Pictures / Call Me By Your Name

Writer Megan Nolan talks to André Aciman – author of Call Me By Your Name and the new Enigma Variations – about love, sexuality, and the power of the written word.

Writer Megan Nolan talks to André Aciman – author of Call Me By Your Name and the new Enigma Variations – about love, sexuality, and the power of the written word.

André Aciman had been a writer of essays and memoir for decades before Call Me By Your Name – including a marvellously warm and vivid account of a childhood spent in Alexandria, Out of Egypt – but it was the release of his first novel in 2007 which announced him as a major literary figure.

CMBYN, the painful and beautiful story of the love between a teenage boy and an older man during a long hot Italian summer, became a bestseller. Hailed instantly as a classic of gay literature, it touched readers of all persuasions. Aciman received letters for years after publication from people deeply affected by it, for whom the book had awoken long-suppressed wounds from old affairs and thwarted passions.

What is remarkable about Aciman’s work is the seriousness with which he addresses not only love, but desire. In his hands, desire and sexuality are not frivolous subjects, nor crass or embarrassing – they are deeply important, fundamental to our humanity, and a substantial part of why life is worth living.

His second book of fiction, Enigma Variations, confirms his status as the laureate of lust. Written in five connected parts about a man named Paulo, it tells the story of his life through love affairs. It’s as beautifully rendered and exquisite on the pains of love as Call Me By Your Name, and even more deeply considered and nuanced.  We spoke with Aciman by email to discuss it.

A line that caught me off-guard in Enigma Variations – and almost made me a little defensive! – was: “We love only once in our lives, my father had said, sometimes too early, sometimes too late, the other times are always a touch deliberate.” Do you believe this? If you do, does it make you sad?
The quotation is not from the father; it’s written by the 17th-century French moralist La Bruyère. I do believe that the first time we want someone leaves an indelible mark on us.  At the time, when we were young, we had no idea what this “wanting” was – it may not even have crossed our minds that this might be love; perhaps all we knew we wanted was friendship.  But that first person – as I write in Enigma Variations – lit the pilot light that was to guide us for better or worse for the rest of our lives.

In more senses than one, perhaps that first crush is something we’ve been trying to reproduce or to repair for the rest of our lives. We may eventually fall in love far more intensely with someone else, may crave for him/her to the point of considering ending our lives even, but that first time… well, it never healed.

The feelings of being in love, and especially first love, the excruciatingly heightened pleasure and pain, have come to be associated with your work. Can you write things as they happen? Were you able to when you were younger, and falling in love for the first time? Or do you need distance to write so acutely and precisely?
I can’t remember much: all I can do is transpose what I might feel now, or think I might have felt then – and maybe intensify the whole attraction a touch more, because this is fiction after all, and in fiction we always, always transpose. As I have written once, we don’t necessarily alter the room, but we do move the furniture around.

Do you keep a journal?
I do keep a journal, and there have been times when, to check what I was feeling at the time, I have had to take a look to see what it is was I was feeling at the time. But journals are not reliable records of what we feel: it’s where we spill our yearning, our doubts, our attempts to belittle what we are reluctant to claim we feel too strongly about.

Have you ever done anything other than write, or wanted to? Do you believe in it as something other than a job?
I have had many jobs: I worked in a machinery warehouse for three years in my very, very early 20’s, then I went to grad school, then worked as a broker, then went into advertising, then back to graduate school. But I always wanted to be a writer.

Writing is never a job, maybe not even a vocation: it is a way of living life. Not only is it how writers spend the greater part of their time, but it is for many a way of doing or rehearsing or remembering on paper what we ask of life. Sometimes I have the feeling that I may live more intensely on paper than in my day-to-day moments.  Ultimately, writing is how I am with myself.

You’ve spoken of passion and desire being crucial to your spirit, your will to live. Could you live without writing? If for some reason, you were to teach and read as you wished but were no longer able to publish writing, would you still feel you had a good life?
I’ve had a great life because life gave me a very good mother, a loyal and loving brother, a fantastic wife, and three sons whom I simply worship. Writing has been good to me. But as I say, writing is a way of living life: it’s what I do. If I stopped writing, I don’t know what could possibly hold so much sway in my life.

I’ve read in several interviews that you don’t read your peers – why not? What do you like to read for pleasure?
I like great art, truly great art. Middle-of-the-road art I leave for others. I want excellence and I ask for enchantment. Mediocre books can move me, arouse me, make me laugh, sadden me. But I know what they are.

I ask for classics and the highest form of craft.  I have no time for anything else. This is why I look for style in any artist: without style, you have information, stories, plots, stuff you wrap fish in at the end of the day.

I want a great piece of writing you want to clip and save and savour, maybe forever.  In the end, a classic has time written all over it. It will outlast me. And that’s good too.

How do you feel about criticisms of the film of Call Me By Your Name for drawing its gaze away from explicit sexual activity? Does this seem to be a problem to you, given that incaution seems to be crucial to the novel and your work about passion and sex in general?
Reading sex, especially when the sexual act is ever so slightly muffled, is great. It makes you fantasise, and it definitely leaves its mark.  You think Eros, you imagine Eros, but you can’t quite know where or how Eros occurred or what precisely it’s doing to you. But watching two beings, whether it’s man and woman, or man and man, thump each other evokes nothing whatsoever. Eros is always screened; the rest is nothing short of porn.

The director had the right instinct. What the feet of both men do before they have sex is more eloquent than watching them have sex.  Watching their distended bodies after sex is far sexier as well.

You’ve spoken of removing Oliver and Elio’s story from particularities, so that it becomes something like a myth. Do you believe in this as a principle for making good art in general, or was it for this book only? Enigma Variations struck me as being more definitely of a time and place, and feeling more contemporary than much of the rest of your work.
One must always access the mythical. You can’t plan on it; it just needs to happen. You need to banish specific references, not even name a town, stay away from information – the last thing fiction should be is newspaperese. It wants to explore the timeless, not the time bound.

I appreciated the lack of need to categorise or name the varying attractions in Enigma Variations. Words like “bisexual” can seem very blunt tools. Do you find that people are eager to categorise you as a person and interrogate your sexuality after writing this great love story which is also a gay romance?
I don’t blame people for working up the courage to ask what exactly do I like to do with my sexual organ. After all, this is the question they’re all dying to ask, is it not? But I understand that this is the bottom-line question every reporter, reviewer, critic, and colleague has had the good tact to leave unasked.

Enigma Variations is published by Faber.

Linkedin
RELATED ARTICLES
OTHER ARTICLES
In the latest instalment of Photographers in Conversation, the chronicler of raves, protests and beyond explains why he’s drawn to such specifically visceral environments.
A new edition of a seminal book brings together iconic images of the band onstage in their full glory and backstage in moments of unguarded camaraderie.
A new report has found that the majority of Britains approach trans issues with compassion. It’s about time this was reflected by our media landscape.
Whether it's partygate, the climate crisis or the spiralling cost of living, the fightback begins on the picket lines writes Tommy Vickerstaff
Proposals to introduce a minimum GCSE threshold for student loans will disproportionately affect those from marginalised backgrounds.
Finland-born photographer Sirkka-Liisa Konttinen looks back on her decades-long documentation of life in Northern England.