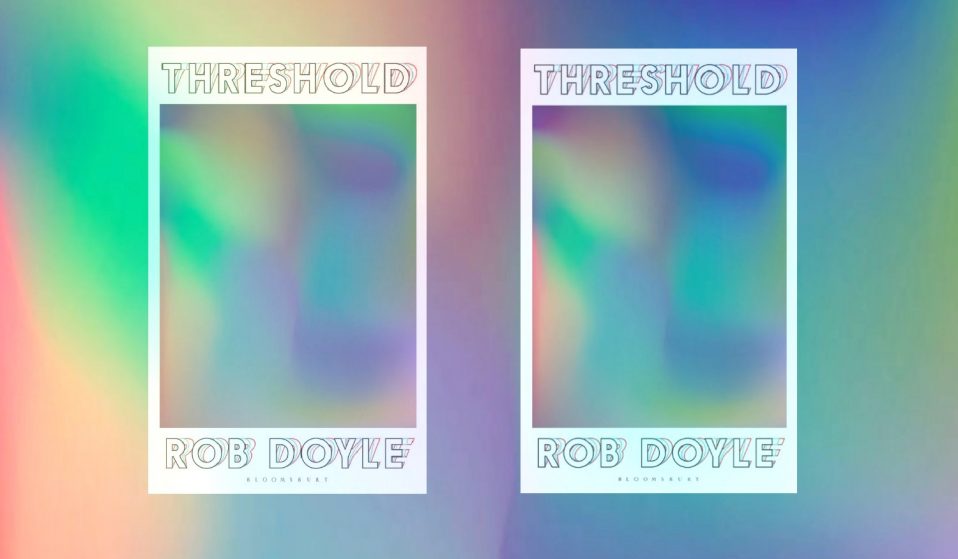 The acclaimed author – lauded as one of the most vital voices in contemporary Irish fiction – talks psychedelics, Twitter, and his undefinable new novel, Threshold.

The acclaimed author – lauded as one of the most vital voices in contemporary Irish fiction – talks psychedelics, Twitter, and his undefinable new novel, Threshold.

Since the publication of his debut novel Here are the Young Men in 2014, Rob Doyle has been lauded as one of the most vital voices in contemporary Irish fiction, with Hot Press magazine featuring him as part of its ‘’20 Greatest Irish Novels 1916-2016′.

Here Are the Young Men, a film adaptation of which is being released this year, tells the story of four young men across a single, claustrophobic weekend in Dublin. While sharing certain themes in common – namely, in Doyle’s own words, “grubby masculinity” and excessive drug consumption – Threshold, his latest book, could not be more expansive in comparison, taking in Sicily, San Francisco, Paris, India, and the backpacker trail of South-East Asia.

Threshold is difficult to categorise – it combines novel, memoir, confessional, travelogue and philosophical treatise – but is perhaps best described by the protagonist himself, as “an anthology of the abandoned books that didn’t get written while I was busy documenting the rapturous decline I underwent while I was failing to write them, otherwise known as my life.”

I called Rob Doyle the morning after the book’s launch, in Dublin, and we spoke about psychedelics, the pitfalls of portraying yourself as a dickhead, the dissolution of genre, Twitter, and the question of whether or not Threshold is “political”.

Threshold reads, to me, like a memoir, or a series of personal essays, but it’s described as ‘a novel’ very prominently on the cover. Why was it important for you to make this distinction?
It isn’t very important to me what it’s called. My intention in writing this book was simply to write something that was engrossing, and expressed the ideas and fascinations and passions that were driving me over a certain period of my life – in whatever form it came out in. I suppose it would be dishonest to call this a work of nonfiction, even though it’s very explicitly autobiographical and the narrator is a guy called Rob Doyle – who obviously is a version of myself. But there’s plenty of stuff in this book which is simply invented, made up. Psychedelics are a big thing in it, and when you take LSD, for example, you have this lysergic dissolution of the boundaries which is what I was trying to achieve in the writing itself, this acidic dissolution of the boundaries between genres.

I found the politics of it interesting; in some respects you (or the Rob character) are avowedly apathetic. But then there’s also a lot of disparaging talk about late capitalism and the banality of working life. Do you think there’s a tension there and if so how would you explain it? Do you think these problems can be solved with political action?
Maybe, maybe not. I don’t think I have any viable or compelling answers to these pretty serious and large political questions. Obviously we all know that nothing is apolitical and everything is political, the personal is political and all that stuff, but in a relative sense I would be a fairly apolitical person. I suppose in some ways writing this book over the three or four years it took to write was my refuge from having to be in any way political. Because these days everything is so ideological, and art has been co-opted into some sort of ideological struggle and almost instinctively I recoil from this demand that art be political, or that art be engaged.

But I suppose I’d disagree with you that the book is apolitical: even saying something like “I don’t want to go back to the drudgery and mundanity of real life” is making some kind of statement about what life is like under capitalism.
Yeah, of course. You could argue that my whole life has been incredibly political in that sense. Ever since I was 20, I’ve opted out of a certain mainstream life – not to put myself above anything or on some sort of pedestal, but I’ve avoided buying into what’s expected of me as a person in a capitalistic society. But at the same time, I suppose I want to have my cake and eat it. When I write, I want to create a space of sanctuary and even disdain for political engagement or responsibility. A lot of the fun I have [in the book] is about sticking a knife into the contemporary conflation of political and moral virtue with artistic merit, which I find a bit laughable and a bit absurd. I don’t buy into that idea at all, and I enjoyed mocking it in the book.

As someone who enjoys the occasional argument on Twitter, I liked the part where you talk about the pleasures of viscerally hating people online (“For a time, I had used Twitter as a kind of pressure valve by which I could release my pent up fury on an unsuspecting public… I would be as aggressive and hateful to people as possible.”)
I fucking hate Twitter, though, so I don’t go in for that anymore. I have a profound loathing for the platform even though I use it to promote my work. I don’t engage in any way.

So when you’re talking about “the trendy sentiments and masturbatory indignations that cascade so risibly down the screen”, what specifically are you referring to?
Everything – you name it, I’ll consider it fair game for mockery. To be honest, the whole platform of Twitter – and this is not just my personal opinion – is structurally humiliating. Everyone who’s looked into it knows its run on an engine of human misery. It degrades citizens into informers and the informed-upon. It profits from rabid factionalisation, setting people against each other, making people more distrustful of each other. I’m guessing you disagree with this but I just find so much political discourse, from the left and the right, to be masturbatory, and narcissistic and performative. I don’t trust it as far as I can throw it.

One big theme of the book seems to be about the idea of retreat, whether that’s geographical or internal. What would you say to the criticism that that is irresponsible or selfish at a time of so many different global crises?
I just finished reading The Age of Surveillance Capitalism by Shoshana Zuboff. It’s a very heavyweight work of real depth and analysis of where we’re at at the moment. She keeps coming back to this idea that the more we capitulate and the more we bend over backwards to allow ourselves to be commodified by, say, Google, Facebook, Amazon etc, the more we lose this sanctuary; this place where we can just be sullen or silent or or ugly or messy, where we can be ourselves in a totally non-performative way. And to me the argument is very persuasive. There are so many reasons to be cynical, or to be outright oppositional towards the ravages social media is inflicting on contemporary society. 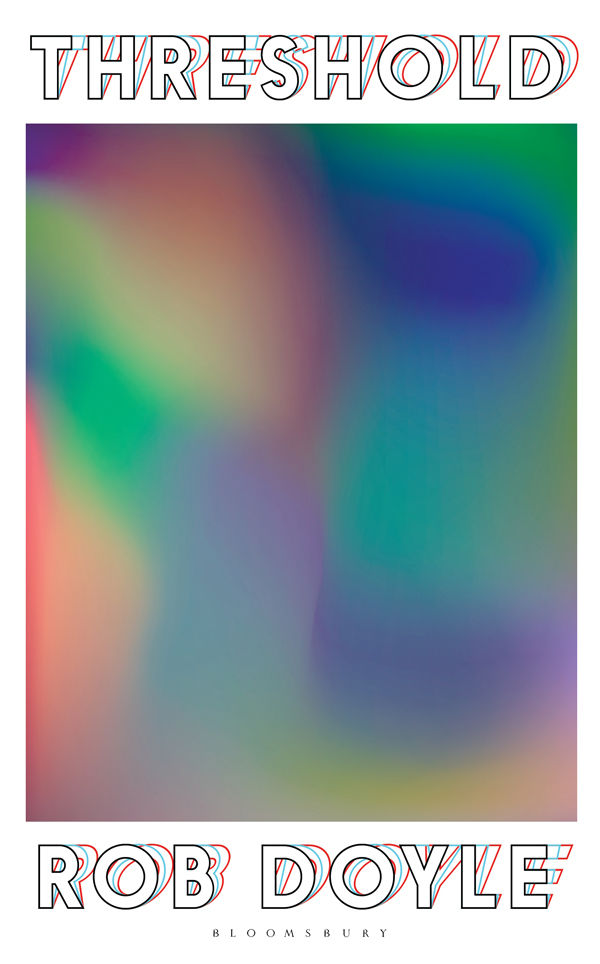 Throughout Threshold, you don’t shy away from portraying yourself as unlikeable or doing obnoxious things (wanking over an 18-year-old student’s homework, say, or pissing on a guy in Berghain). You seem quite brutally willing to show yourself in a negative light. On a personal level, do you ever worry about coming across as a dick?
I don’t worry about it too much. Ultimately, I feel like I’m in control of what I reveal and don’t reveal about myself, and even though it can be very self-damning and self-exposing, I’m always the puppet master.

Nowadays, because of social media and the connectivity of everything, you have to be so careful. The whole edifice of contemporary liberal ideology seems to create this demand that we all pretend to be nice, virtuous beings, and in some sense that’s useful, and we’re more considerate to each other. And yet the unconscious is there and it’s profoundly problematic – mine certainly is – and it comes back to this idea of sanctuary and refuge. When I write about all that messy, ugly, problematic stuff, it’s a kind of sanctuary from the pretence of having to maintain the illusion. I’m not just lovely all the time.

And can portraying yourself in these excessively negative terms end up being as self-aggrandising as positive ones?
Sure there’s self-aggrandisement, and I’m comfortable with all that. I’m pretty exhibitionistic, and of course there’s egoism and narcissism – not more than anyone else but it’s all there in the stuff I write.

To what extent do you think psychedelic experiences can actually be described in words? And what is the value of doing so?
I feel that as a writer there is nothing that should be ineffable – you’re always trying to eff the ineffable. It’s like sex or grief or anguish. You could argue that all of these things are fundamentally inexpressible. But then you fully accept that and try to write about them anyway. I’m not just gonna say they’re ‘indescribable’ and leave it at that.

I suppose when I write about psychedelics or the metaphysical, I’m not so much interested in pharmacology or chemistry, or even necessarily describing the experience itself. What I’m interested in is thinking about and describing the implications, the ramifications these things have in terms of human consciousness and metaphysical truth. It’s only ostensibly a book about getting high – that would be not interesting, that would be banal and trite. This is a book in which getting high is just a platform through which I can get closer to the ideas which really animate the book, which are existential, ontological, and spiritual – to use a word I feel slightly embarrassed to say but that’s what I’m trying to get at. The deeper core of this book is not the political stuff at all, it’s something really old-fashioned: it’s about the spirit.

Threshold is out now on Bloomsbury.

Linkedin
RELATED ARTICLES
OTHER ARTICLES
A new film from Berghaus traces the story of Adam Raja, who left behind a turbulent upbringing to discover the healing power of climbing.
After fleeing the war in Ukraine, people are finding it impossible to secure affordable and decent housing in the UK.
After a two-year hiatus and a new album, the Nigerian artist is riding high. Now, he wants to bring his alternative, genre-bending sound to the world.
Jeffrey Henson Scales intimate portraits and protest images of the BPP and its leaders offer a rare insight into organisation at a time of societal upheaval.
Zsófia Sivák’s ongoing project documents the country’s tavern culture, preserving a once defining part of rural life.
A new podcast is opening up the conversation between trans women and trans amorous men in the hope of building coalitions.