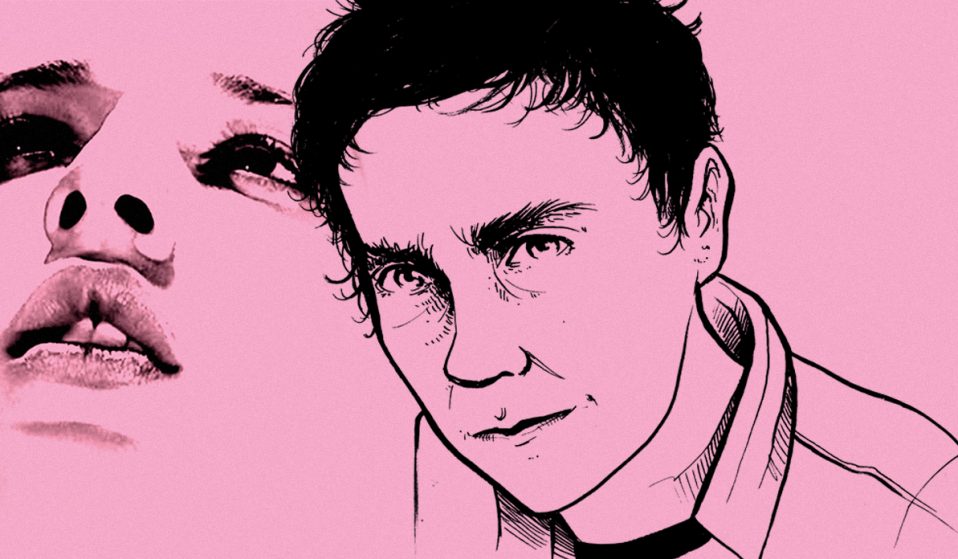 The groundbreaking author of Paul Takes The Form of a Mortal Girl talks about writing, activism, and their experiences growing up queer.

The groundbreaking author of Paul Takes The Form of a Mortal Girl talks about writing, activism, and their experiences growing up queer.

“Tight”, “Deep”, “Hot”, “Smut”, run the blurbs on the cover of Andrea Lawlor’s debut novel Paul Takes The Form of a Mortal Girl, lending it the pleasingly illicit vibe of a top-shelf magazine. Look a little closer, though, and the bold declarations turn out to be from glowing, erudite reviews by the likes of The New Yorker, Eileen Myles, Maggie Nelson, and Michelle Tea. Like the novel itself, its production aesthetic is sexy and serious, funny and important.

The titular Paul is a beautiful young queer in America in 1993. He moves from a theory saturated college life in Iowa City to San Francisco, following his heart, and other organs. And about those organs… Paul is not just fluid in his sexuality, or playful with his gender expression, he is a genuine shape-shifter. He grows breasts at will, thinks his penis into being and away again, depending on who he is with and who he wants to be. He’s a hot young twink picking up bartenders at the end of their shifts one night, and a lesbian at Michigan Womyn’s festival the next.

Lawlor, who is non-binary and uses they/them pronouns, has created a seminal work which shows the joy and radical possibility of queer life without glossing over the more abject troubles of owning an unruly body. We spoke with them in the middle of a UK press trip to find out more about their background, and how Paul came to be.

Where did you grow up?
I grew up in a town called Naugatuck, which is a grim little factory town in Connecticut in New England. I left at 18 to go to New York to college and then dropped out shortly after and was doing a lot of random jobs and activism. I worked as a receptionist in a warehouse and did a lot of activism, with organisations like Act Up, Queer Nation, Pink Panther, stuff like that. Then I moved to Iowa City to finish college.

How did you find your friends when you moved to New York? Were you out already?
Yeah – I mean not really to my parents. But I got to college, and sort of went looking for the gays. The gays, or anybody. There were a few of us who found each other. We did things like try to start a student group, and before our student group got approved, they approved this really awful hate group about preserving Catholic tradition, which was founded in opposition to us.

Is that why you dropped out?
I dropped out because of money, but also yeah, it was a terrible environment. I was getting death threats. We would get chased on campus. There were some cool older, Jesuit priests on faculty who were gay, and they would take a couple of us out to dinner at these Italian restaurants in the Village. They were kind to us, but it wasn’t enough.

And then meanwhile, the AIDS crisis is going on. There’s a ton of activism, and some of my friends were a little bit older and were already going downtown to Act Up meetings. So I started doing that and that was really how I came into queer life, through that kind of radical organising. That was a really exciting place, because it was people working together across their differences to make change. It was a coalition: lots of different people working together with a shared enemy. It’s a model which is obviously super relevant today. 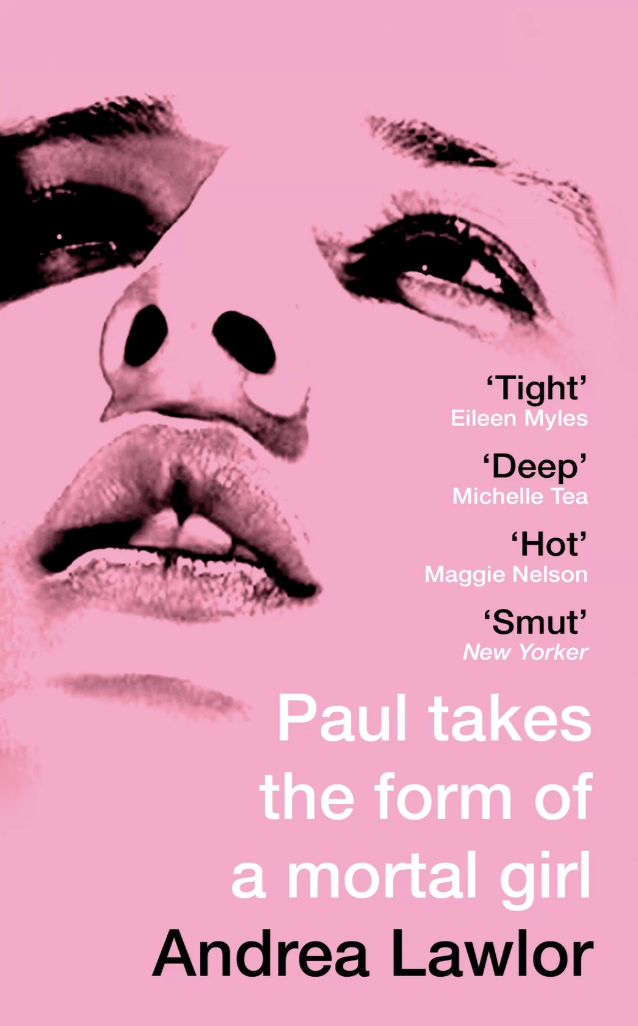 When you say that it makes me think about how we spoke briefly over email about what the situation is in the UK, with transphobic discourse in the media and in feminism. I’ve been trying to understand how people might say these horrible things because they don’t feel able to afford to sympathise with someone else’s vulnerability, because they’re coming from a place of their own trauma or victimhood.
I mean, ultimately, they always are, right? It’s hard for me to understand when people are calling some of these trans exclusionary people, “radical feminists” – I really always bristle at that. I don’t think they’re either radical or feminists. It’s a real misnomer from my perspective. Obviously, there are probably many feminist tenets I would agree with some of those people about, but I just don’t understand where they’ve taken it. It almost feels like, could we just walk it back to a point where we agree on basic things, and start again from there? But I don’t know how that works.

I think about how much empathy we can afford to extend.
Maybe this is a mealy-mouthed and liberal thing to say, but there’s a part of me that thinks you’re never going to regret empathy or generosity. I do think that people change, I’ve seen people change. I’ve seen a lot of homophobic and transphobic families change. But on the other hand, I certainly would never say like, ‘Trans women should do that work’. Maybe everybody else should be doing that work. Also, we’re in a rapidly unfolding global emergency. Why are we talking about this? You know what a pressing feminist issue is? Global climate change. Seriously, excluding trans women from spaces should not be near the agenda. It’s obscene.

So when you were in New York in the early ’90s, was the word queer being used as we use it today?
Yes. That was really one of the projects, reclaiming words like queer, dyke and faggot, a lot of reclaiming slurs. There was a lot of battle over language. There were older people who identified as gay or lesbian, who really objected to us using the word queer, in a way that I don’t think is legible now to most younger people, because they grew up with this.

I love the word queer, because what’s useful about it is that it has the potential to be radically inclusive. I hope it signals an interest in, if not radical political thought, at least a destabilising. Destabilising binary ideas of gender and sex. I really struggled with this feeling of not being trans enough, I don’t feel like any of the words really work. I like words that leave things a little unclear. The main thing for me is if you respect people self-determination, and if somebody says they’re queer, or they’re trans, they are, and it’s not that big of a deal. And I will also say that having been in adult queer life for a number of decades now, most of the time, people who have some vested interest in saying they’re queer or trans, there’s a good reason for it.

Did it come as a relief to find the word queer to use about yourself then?
I realised over the years that one of the things I really like about it is that it doesn’t generate any gender. It’s totally non-gendered. I never ever used the word lesbian. I thought for years it had to do with class stuff – I thought lesbian was like this rich woman, right? Rich ladies. So I would say homosexual, but also questioned if that was true. What I liked about the word queer was that it didn’t put me in that kind of identity category that didn’t feel right.

So when you moved to Iowa to go to college, what happened then? Were you writing?
I didn’t start writing until I was 30. I was working as an Information Architect at a web development company, right [Andrea mimes shooting themselves]. My girlfriend at the time – and to this day – said, ‘why are you in this soul-crushing job? You’re a writer’. So I took on a night class, and then I took a leave of absence from that terrible job and got laid off after a month. I got a little bit of severance and unemployment, and that was when I really started writing. After a couple of years, I realised that I was having a very hard time calling myself a writer or taking that seriously. So I decided I wanted to go to an MFA program.

How long ago had you actually begun writing Paul?
The span of 15 years is how long it took me to write it, but it was absolutely not working straight through that whole time. I was working a lot, teaching a lot, just a lot of jobs. Plus, I’m alive; I have emotional problems, I’m getting my girlfriend pregnant, all that stuff.  I finished the draft before our kid was born, but some of the revising happened after.

How’s the reception to publication been for you? Have you been enjoying it?
I was really nervous at first and actually finding the attention uncomfortable. I’m now more comfortable with interviews, but what I’m finding is that I’m really not comfortable with being written up as a representative author. There are so many amazing queer and trans books or books by trans and non-binary authors. I’m really grateful for the attention but I also hope that it’s not the end of the line for people with that, or wanting to write and talk about it.

It’s a lot to be like, ‘Oh, you’ve written the queer book’.
Yeah and I obviously haven’t.

So what do you do next? Are you planning on writing something else?
I have another project that I’m maybe in the middle of, which is a manuscript of prose poems. No characters, mostly world-building, the pronoun is we and it imagines a speculative, near future, seceded anarchist, queer, utopian, Western Massachusetts. It’s a project very close to my heart.

But really I am, to be totally honest, planning to do very little this summer other than read and hang out with my kid. Sometimes there’s this external pressure when you finish something. I’m not getting it from any of the publishers or the agent at all, but just this generalised pressure to decide, what’s the next thing? I mean I feel that way too, I’m like, “Sally Rooney, will you finish your next fucking book already? I mean, I need one a year. So I don’t know what your problem is.”

I don’t know, I hope it won’t take me another 15 years to write another book, but also: I wrote a book! I feel victorious. I could probably coast on that for the rest of my life. I did this thing I’ve been wanting to do for a very long time, really since childhood. I did it. And I feel great about it.

Paul Takes The Form of a Mortal Girl is out now.

Linkedin
RELATED ARTICLES
OTHER ARTICLES
The author discusses the all-consuming nature of heartbreak, and turning the experience into an incisive exploration of love and loss.
Photographer Matthew Brookes recalls following a group of young people in Venice Beach living in search of the perfect wave.
Photographer Arthur Grace recalls travelling through the Soviet Bloc and finding ways to evade the surveillance of his work.
Proposals to introduce a minimum GCSE threshold for student loans will disproportionately affect those from marginalised backgrounds.
50 years since its inception, and the campaign calling for recognition that capitalism depends on domestic labour is as pertinent as ever.
Finland-born photographer Sirkka-Liisa Konttinen looks back on her decades-long documentation of life in Northern England.