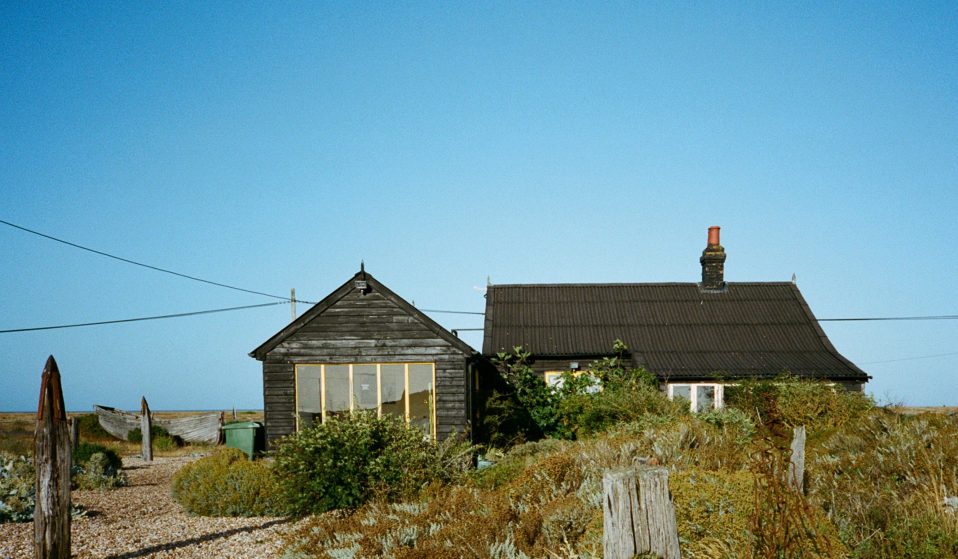 In a new column, the world’s most exciting writers share the books that had the biggest influence on their life. This week, Luke Turner reflects on the groundbreaking legacy of Derek Jarman.

In a new column, the world’s most exciting writers share the books that had the biggest influence on their life. This week, Luke Turner reflects on the groundbreaking legacy of Derek Jarman.

From the twisted forests of the Brothers’ Grimm to the eerily vanished Roman Legion in Rosemary Sutcliffe’s The Eagle Of The Ninth, the nature books I read as a child were bathed in blood. Yet most nature literature I encountered as an adult sanitised the world we see outside of our cities into something tweely pastoral; a form of wildness hygge. If the reality of the natural world is elemental, with sex and death as its primary driving forces, their absence from the nature wellness industry’s anthropomorphic cutesifying of other species and insistence on the simplistic virtues of a stroll or a move to the country (as if it was something we might all be able to do), felt alienating.

That all changed when a decade or so ago I picked up a second-hand copy of Derek Jarman’s Modern Nature. I’d discovered his films during the ’90s via the pop group Suede and furtive hunts in the Radio Times for films that promised nudity. I had gone in search of titillation, but found so much more. My developing identity as a bisexual man (or perhaps gay, I wasn’t yet entirely sure) was utterly transfixed by Jarman’s angrily erotic Edward II, the sun-bleached sensuality of Sebastiane, and the seething fluidity of desire in Caravaggio. This was the ’90s, remember – to see onscreen naked men, let along naked men kissing, was so intense as to be almost narcotic. Modern Nature continued this process of radicalisation, transforming my idea of how literature might grow out of the land.

The book transplants Jarman’s elemental eroticism from film to page, and across the twin landscapes of London and the Dungeness shingle, the UK’s only desert. I read it a decade ago and was enraptured; the sheer energy of Jarman’s prose transporting me from Hampstead Heath to the Kent coastline to Soho. In Dungeness, he considers the nuclear power station, lighthouses, and ramshackle dwellings to be just as much a part of nature as the flowers that he cultivates in the garden, or the immense might of the English Channel. The same goes for Hampstead Heath and the vivid passages in which Jarman writes about his experiences cruising, describing it “a separate and parallel world, under the stars. Here you can fade away into the dark.” He eroticises the woodland at dusk, making it a place where sexual identities might be found, morphed, explored, regretted, left behind. I’d before never read anything that captured the intensity and conflicts of my own sexual self. He queers the landscape, wrenching it from the grip of the querulous nature fetishists, spunking over their cutesy woodcut covers.

The best nature writing evokes a place so well that you’re left wondering if visiting it in real life might actually be a disappointment. Open Modern Nature on a random page and this will happen. For instance, I can think of few writers who have conveyed the complexity of an April day as well as Jarman when he writes of how “snobbish wheatears complain – Tch! Tch! – in flaming gorse” as “spring dances on in soft white clouds.” Yet by sunset, he describes a change in the weather: “livid yellows and inky blacks with a deep scarlet gash… the sky has sucked up all its colour.” This is interspersed with thoughts on climate change and environmental destruction: “Our little wood shivers. What of the earth below these angry skies? A tree goes, a road is widened, a meadow ploughed, more quarries, another house.”

Loss looms over Modern Nature like that April sunset. Jarman’s anxiety over environmental destruction is interwoven with his fury at a culture becoming ever more homogenised by corporate interests, reduced to the palatable and safe. This anger is reflected by his own awareness that after his diagnosis as HIV positive, time is running out. No wonder he so closely observed the changing of the weather.

We lost a generation of creative, politicised, talented, kind young men to AIDS and the prejudice that surrounded it. As Modern Nature becomes a roll call of the dead, Jarman remembers his friends with the honesty and lack of sentimentality that is born from both love and anger. I can’t help but read these passages and feel that the genocide of queer men in the ’80s and ’90s grew from the same roots – ignorance, selfishness – that we now see in the mass extinction of species caused by human activity. Furthermore, Jarman describes his own experience of living with the disease with a frankness that isn’t in opposition to the life of the Heath or Dungeness, but that carries it all as part of the same process.

This is poetry, sexuality and the political entwined in a bodily whole, provoking within me the kind of visceral reaction that I thought I had lost in the inevitable cynicism that comes after our childlike introduction to art. I hope that the recent new edition of the book might lead it to a wider audience than ever were reached by his films. For within Modern Nature is a redefining of what landscapes are and mean, and who has permission to think, fuck, live and love within them.

What to read after Modern Nature 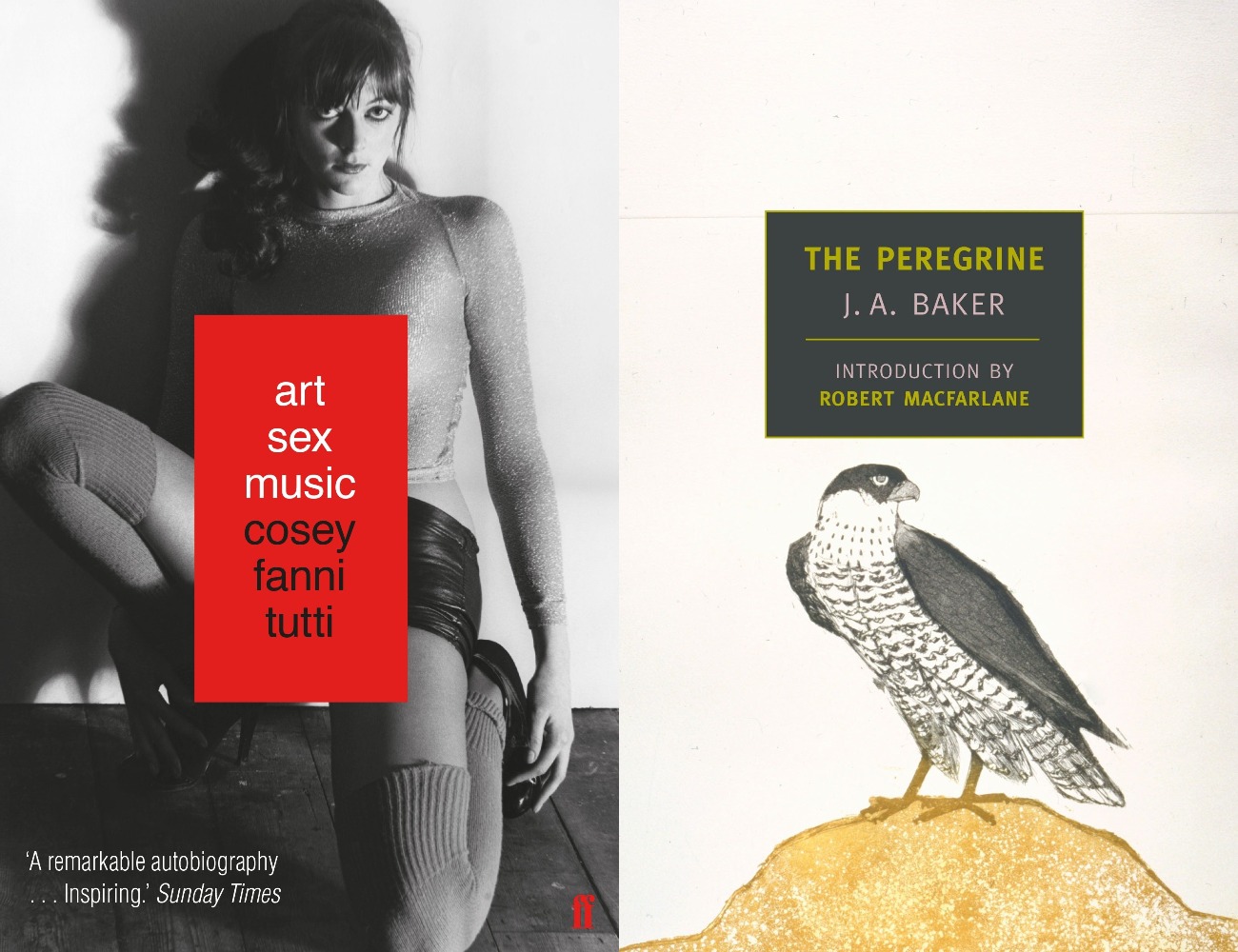 The Peregrine by JA Baker

JA Baker’s account of his obsessive pursuit of migratory peregrine falcons visiting the flatlands of Essex during the ’50s ought to be regarded as part of the English gothic canon. If Jarman introduced sex to nature writing, Baker implicitly understood that the rhythms of the natural world beat to the sound of death, violence and the struggle to survive. I would dearly love to see Werner Herzog shoot a cinematic adaptation of this.

Jarman worked in the same artistic underground as Throbbing Gristle, for whom he directed a live film, with Genesis P-Orridge a recurring figure in Modern Nature. However, it’s COUM Transmissions and TG member Cosey Fanni Tutti’s recent memoir that most closely reflects Jarman’s attitude that the life of an artist should be indivisible from their work. Cosey also employs a similar frankness when detailing her work in London’s sex industry during the late ’70s and early ’80s, and is also a fierce reclaiming of her body, life and legacy from the manipulative, abusive grip of P-Orridge.

I Bought A Mountain by Thomas Firbank

The ‘acquire a rural idyll, wax lyrically about it’ narrative is a trope of contemporary nature writing, but Firbank’s 1939 book (published just as he left to fight in World War Two) is very different. In the early ’30s, despite having no experience of farming, Firbank acquired a mountainous sheep farm overlooked by the rugged peaks of Snowdon. Firbank describes the process of learning to raise his flocks in this grim terrain without sentimentality – life is tough, blizzards cause havoc, shepherds drown as easily as sheep starve and are pecked to death by crows and ravens. 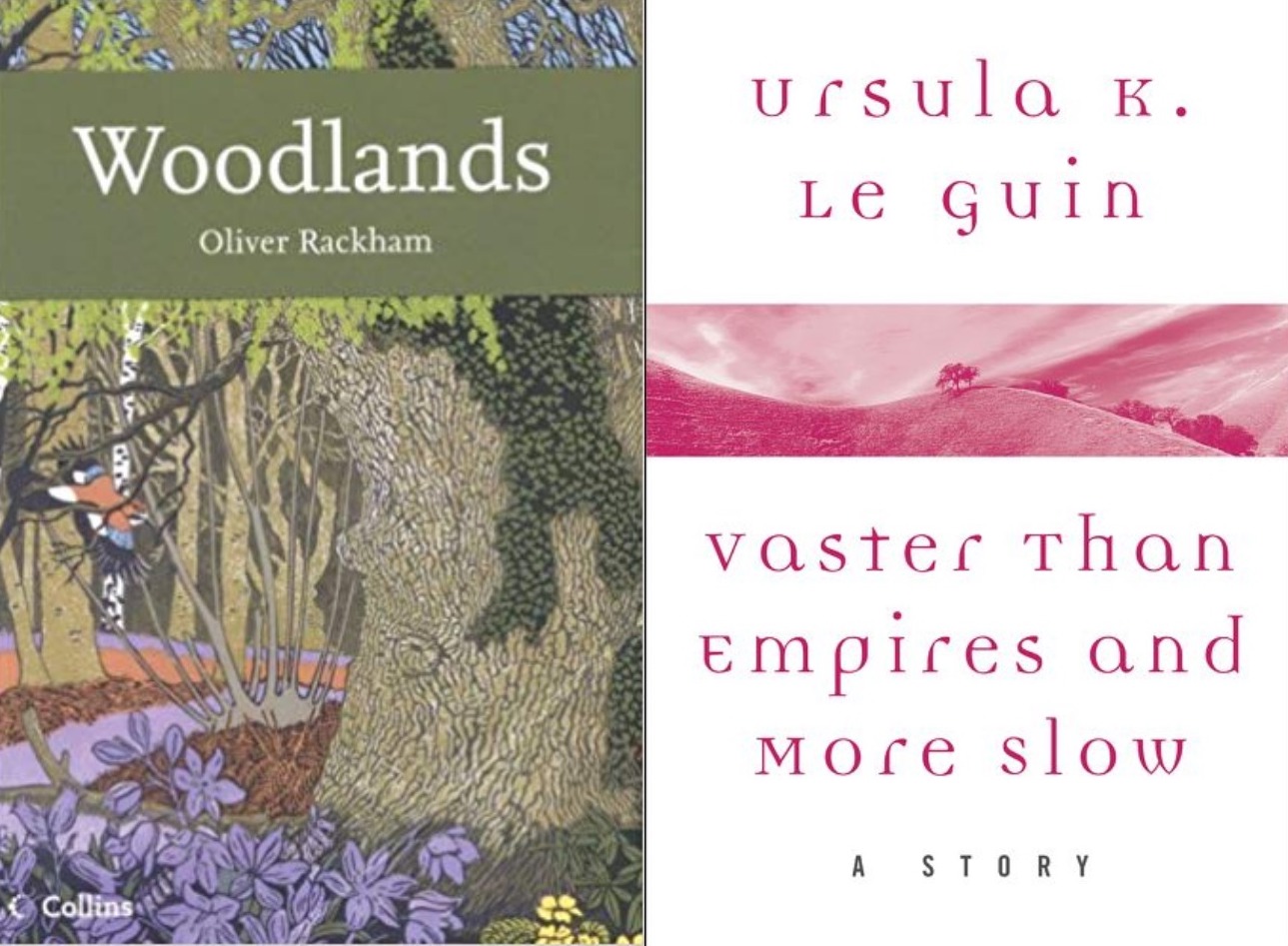 Vaster Than Empires And More Slow by Ursula Le Guin

This story took an age to find in the bookshop, for Ursula Le Guin’s body of work is often categorised and marginalised as part of the fantasy genre. This does her a disservice, for the territories she mapped out are as vivid as anything you’ll find in literature; at once psychedelic and politically resonant. This is none more so than in this short story, in which would-be colonisers of a planet find that its tree inhabitants are not entirely as they seem.

It’s all too easy to let the fairy stories of our childhood enrapture our imaginations to the extent that we assume that the forests of England are all relics of some ancient, pre-human untouched wildwood. In the UK at least, this just simply isn’t the case, as Rackham painstakingly outlines in this accessible and engaging exploration of how every inch of our woodlands have been shaped by human hands. As is the case with Modern Nature, reading it is a lesson in how little we understand that nature is not an entity separate to humanity, but part of us, and we a part of it.

Luke Turner’s Out Of The Woods is available now on Orion Books.

Linkedin
RELATED ARTICLES
OTHER ARTICLES
Over the weekend, London locals came together to resist a pre-planned police raid targeting delivery drivers.
For decades, Wilmslow Road has been a bustling area full of curry houses. But how did it come to be what it is today?
The government is scrapping the Human Rights Act in a move that will hit marginalised people hardest.
In the latest OFFF Dispatch, the enigmatic designer dives into his process, connecting the dots between his unique and varied creative output.
The failure to hold landlords to account is denying tenants their basic dignity, writes Bella Saltiel.
A new documentary explores the government’s efforts to quash the protest movements of the late ‘60s by any means necessary.