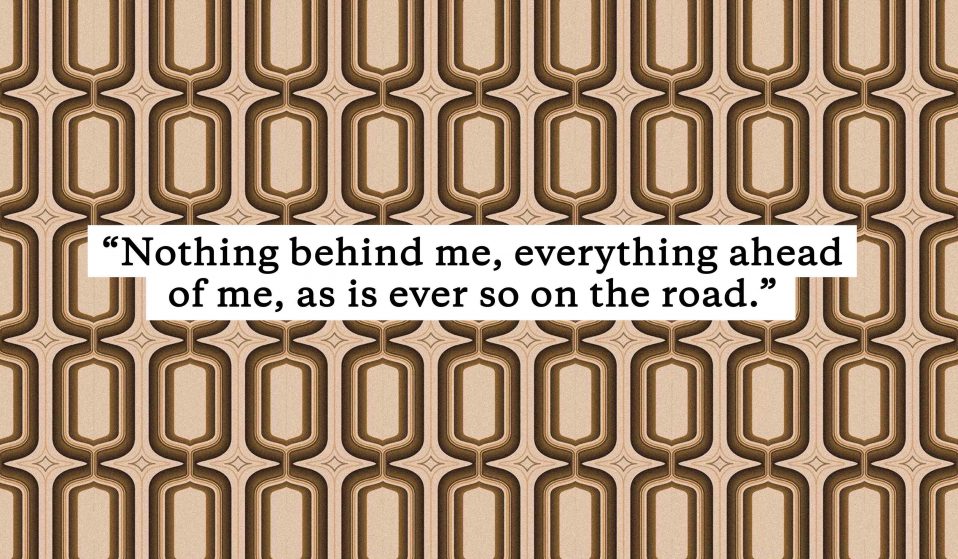 Writer Lauren O’Neill reflects on the rhythm and soul of Jack Kerouac’s 1957 novel, and its eventual reclamation as a soft-boi classic.

Writer Lauren O’Neill reflects on the rhythm and soul of Jack Kerouac’s 1957 novel, and its eventual reclamation as a soft-boi classic.

In my teens, I spent a lot of time listening to YouTube clips of a few writers reading out their work. I was especially fond of recordings of Sylvia Plath reciting her own poems, and bizarrely, would even attempt to impersonate her (even now, I do quite a good “Daddy.”) And while I’ve never been one for the histrionics of the spoken word genre at large, I do find reading aloud helpful, because it shows off how a phrase can really dance if assembled just so. It’s for this reason that the author I liked to hear most was Jack Kerouac.

There’s a video of Kerouac reading aloud from the very end of his 1957 novel On the Road with which I was especially taken. It is simple in set-up – just him facing the camera, and a piano player tinkling gently behind him – but he makes pure music out of what he wrote. Speaking the book’s final line, a tribute to its pseudonymous muse, he taps out each syllable like a light-footed jive, a nimble burst of beats that sum On the Road up just as well as those last words themselves: “I think of Dean Mo-ri-ar-ty,” Kerouac narrates. And then it’s over, just like that – just like a song.

On the Road is widely considered to be Kerouac’s masterpiece. It is a canonical American novel, and it remains the text which has mattered most to me as a reader and a writer throughout my life, despite the fact that it’s generally thought of as one of about three books that your common, garden-variety fuckboy keeps on his shelves between the deodorant and the sad, single cactus (the others, for your information, are The Catcher in the Rye and 1984).

This current cliché status (rightly or wrongly) overshadows all of the other things that On the Road manages to be – it is jazz, and sex, and youth, and poetry, and putting one foot in front of the other when you don’t even know where you are headed. It’s a book that bleeds rhythm and motion, and it taught me lessons about the huge importance of timing to writing that I have never forgotten.

It’s also a book which feeds on the moment, and stands testament to having experiences and making observations (although he tells the story through the conduit of protagonist Sal Paradise, Kerouac is very much writing biographically, recounting the trips he and his friends took across the US in the 1950s), even though both writing and reading can feel so solitary and stationary. Its language is evocative and vivid, as it paints America with an immediacy and a specificity which places the reader right there, on the road, too.

When I was younger, I revisited On the Road often, each time swept up by its frenetic pace. But as I aged, and learned about inequality and privilege, my understanding of my favourite book also grew. I wondered about the people it leaves behind in all its bluster, and the systems it illustrates in spite of its supposed counter-cultural cachet.

While it’s easy to be charmed by the novel’s boyish heroes, it consistently casts women as burdens weighting men down to home, or sexual conquests who are ultimately disposed of, as if they are incapable of the deep, emotional bonds that its men forge with each other (this, perhaps, speaks to its popularity among the beam_me_up_softboi crowd.) And it’s the white, male identities of the primary characters which allows them to freely amble the States, fucking, taking drugs, hopping from place to place – such opportunities were almost certainly harder to come by for other groups in the 1950s.

On the Road earned its place in the literary canon because of its originality and ability to express the previously uncaptured mood of America’s restless youth. But it’s also undoubtedly there because it shares the values of that canon, in its celebration of the supremacy of men and white writing. My own evolving relationship to it has taught me a great deal about how I want to consume culture in general: with an awareness of nuance and a critical eye – which must always be working – alongside an insatiable capacity for wonder, in the face of the joy and momentum that art can achieve.

What to read after On The Road 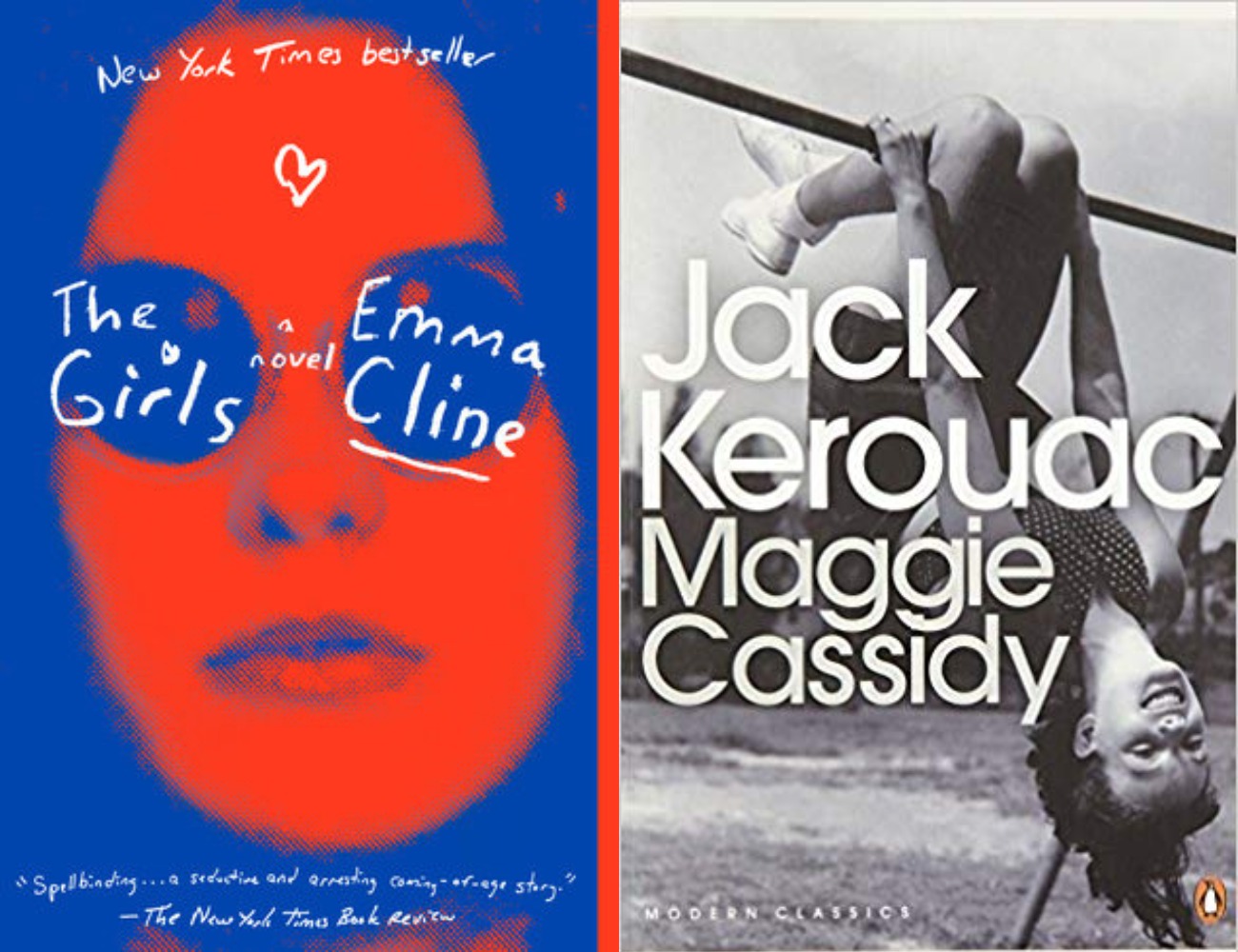 Kerouac wrote Maggie Cassidy – a sweet, slight novel about first love – in 1953, but it wasn’t published until 1959. Though, like On the Road, it contains autobiographical details, it has less of the bravado of its sibling, and gives an insight into the earnest beginnings of Kerouac’s process.

O’Hara was a contemporary of Kerouac’s, and a similarly seasoned traveller. His collection Lunch Poems zips with an energy much like On the Road’s, but tells its stories of New York escapades from a resolutely queer perspective.

The Girls by Emma Cline

Emma Cline’s fever dream of a 2016 book turns its eyes to 1960s California, where its narrator Evie spends time with a Manson Family-esque cult, refracting On the Road’s concerns of same-sex bonding, uneasy young people, and American sprawl through women.

Linkedin
RELATED ARTICLES
OTHER ARTICLES
Since 2007, Gideon Mendel has made 20 trips to document floods in 13 countries. The result is an alarming record of what has already been lost to the climate emergency.
At his West Bank restaurant, Fadi Kattan established himself as the voice of modern Palestinian cuisine. Now, he’s bringing his innovative, bold flavours to the UK’s capital.
After building his reputation covering the US civil rights movement in the 1960s, the photographer went on to produce some of the most enduring images of the past century.
The action took place in response to the 200 asylum-seeking children who were placed in hotels run by the Home Office who have gone missing.
After blocking the Scottish government’s gender recognition reform bill, Westminster is now devising further changes to the law to make it harder for trans people to self-identify.
Following the release of his debut single, Deyaz talks battling addiction, dealing with his struggles through music, and building a budding music career from his living room.