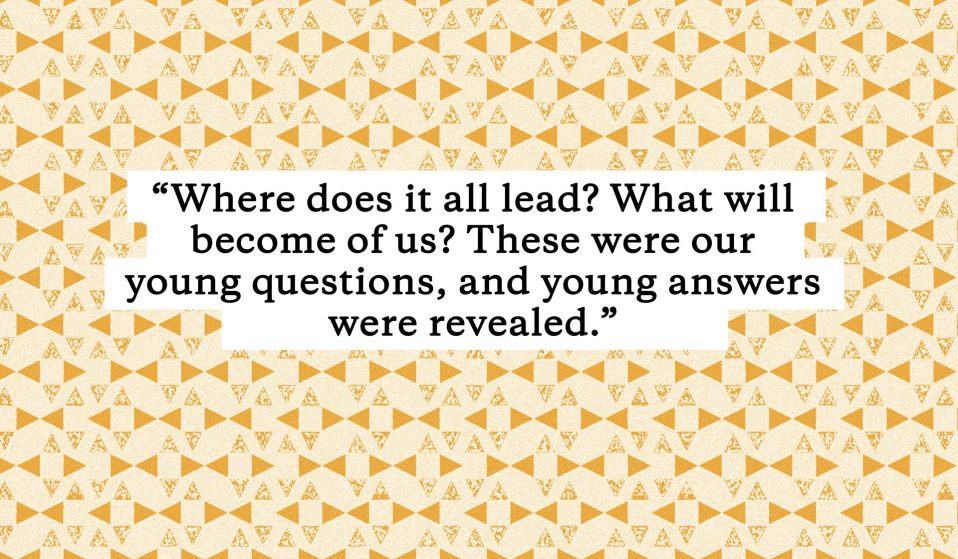 Writer Daisy Jones pays tribute to the musician’s 2010 memoir, and the lessons it teaches about knowledge, pleasure and fulfilment.

Writer Daisy Jones pays tribute to the musician’s 2010 memoir, and the lessons it teaches about knowledge, pleasure and fulfilment.

Forgive me for sounding like the opening credits of Trainspotting, but here are some things we’re subconsciously taught to aspire to, and therefore value: A nice house. A well-paid job with weekends off. A monogamous heterosexual relationship, followed by a marital ceremony surrounded by friends and family. A car. Normal clothes. An inoffensive body. A healthy diet. Hobbies that are interesting, but not too weird. Dinner parties. Children. Death. A tasteful funeral.

Not everyone manages to attain these things, because most of them are unattainable, and a lot of them are unappealing – at least to me. I don’t plan on getting married, not to a man at least. I don’t particularly want children. I didn’t grow up with money. I can’t imagine owning a house, etc etc. And though it’s no longer the 1950s and these perceptions seem largely outdated, they do still exist – it’s just now they’re simmering under surfaces, lingering in the background, humming behind people’s expressions and expectations.

Patti Smith published her memoir Just Kids in 2010 – and though it’s about her upbringing, New York in the 1970s, and eventually life as a successful musician, it’s also about more than that. It’s about life’s priorities. The way she writes – earnestly, indulgently – is like somebody describing their dream meal during a period of extreme hunger. The Chelsea Hotel has “Victorian dollhouse rooms” where “skirts had swished these worn marble stairs.” Her lover, Robert, gives her an “amethyst geode” which is “pale violet and nearly the size of a half grapefruit.” Her neighbour and his dog have “identical faces of slack folding skin.” In other words, Patti seems to value the act of living itself over anything else. Through her eyes, life seems bright, delicious, romantic, sad, special.

When I read this book for the first time, aged 17, I was completely swept up by its vivid language, it’s melodic pace, the way Patti name-checks a bunch of poets, artists and musicians like an older sister passing on her treasured record collection. In Patti’s world, her admiration doesn’t fall on those who have ticked a certain number of boxes, made a certain amount of money, or achieved a certain level of stability. Instead, she prioritises things that inspire her, and seeks a life that quenches her thirst for knowledge, pleasure and fulfilment. “Everyone had something to offer, and nobody appeared to have much money,” she writes at one point, alluding to that gap between talent and wealth, how none of it is any indication of the other.

Like a lot of people, I have read Just Kids repeatedly since it was published. It’s not a book you pick up once. It’s a book you devour and savour, returning to time and time again, like some sort of talisman or guide. It’s a joy to read because it’s written so colourfully, capturing a time and place with the careful attention of someone who relished each moment.

But it’s also a reminder of what’s important. Who cares if you haven’t achieved what other people perceive as perfection? Life is short. The world is burning. There are places to go. People to meet. Food to taste. Things to read. Music to listen to. Adventures to be had. Just Kids reminds me of all of it.

What to read after Just Kids 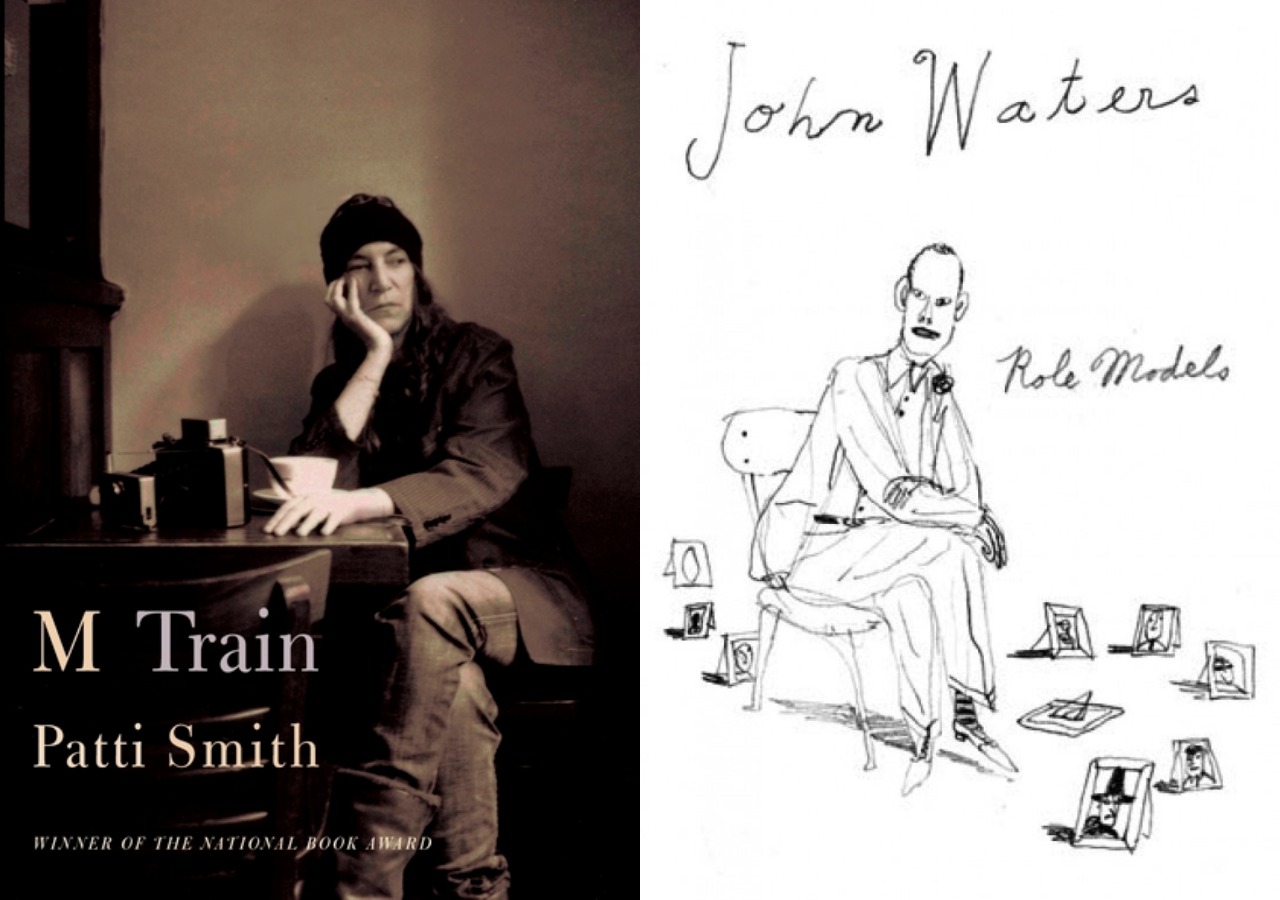 One of the most joyful aspects of Just Kids is that Patti’s writing is so tactile and alive, as if you are there beside her, drinking black coffee and plain toast (how she likes it) and leafing through an old book of French Symbolist poetry or whatever she does in her spare time. So if you loved Just Kids for that reason, you’ll also love her second novel M Train. It’s a lot slower in pace, and not so narrative-focussed, but her words are so well put together you probably won’t care.

Admittedly a different vibe to Patti’s Just Kids, but Grace Jones is equally wrapped up in the act of living. She describes sparkling blue lakes in Jamaica. Oysters you can shuck at night in Paris. The drugs she was taking as an up-and-coming model in 1970s New York. The weird thing is, Patti and Grace were probably in the same city at the same time, but while the former was hanging out with bedraggled bohemian artists and rockers, the latter was high on quaaludes, dancing beneath a pink-dappled disco ball in Studio 54. You may as well get both sides.

Here we have another writer / artist / anti-tastemaker who has maintained a love of fringe aesthetics and living outside of society’s norms. Like Just Kids, Role Models isn’t just a regular memoir. Instead, it’s a “self-portrait” told through intimate profiles of various personalities. Some of them are relatively famous (Tenessee Williams, Denton Welch) and others not so much, like Leslie van Houten, an American convicted murderer and former member of the Manson Family. How much you enjoy this will probably depend on how much you like John Waters, but it’s worth a read anyway.

Linkedin
RELATED ARTICLES
OTHER ARTICLES
The author discusses her blistering new novel about history, revolution and queer love.
The photographer recalls working with some of the biggest names in the business – from Salt-N-Pepa to the Sex Pistol – at a time when music magazines played a powerful role in shaping the scene.
To mark the anniversary of the mass trespass of Kinder Scout, a group of hikers came together with the intent of creating a new, fully inclusive culture for rural spaces.
The government’s failure to take long Covid seriously has led to the formation of a group campaigning for the thousands of forgotten victims of the illness.
In the last of our dispatches from OFFF Barcelona, Rufus Deuchler and Vincent Gault discuss the future of creative process.
Satirical culture in the UK routinely protects the powerful and punches down. It’s time people stopped laughing along, writes Elia Cugini.