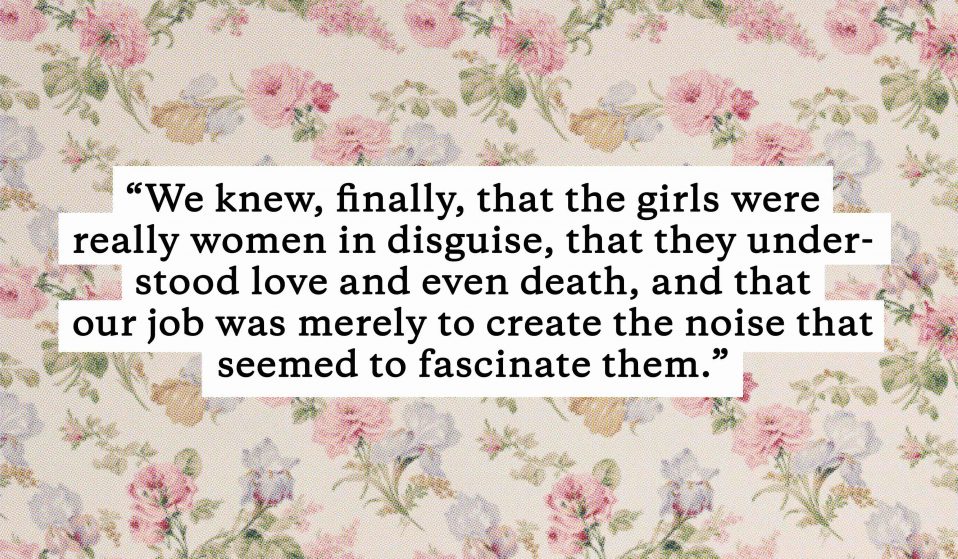 In a new column, the world’s most exciting writers share the books that had the biggest influence on their life. This week, Megan Nolan reflects on the devastating power of Jeffrey Eugenides’ 1993 cult classic.

In a new column, the world’s most exciting writers share the books that had the biggest influence on their life. This week, Megan Nolan reflects on the devastating power of Jeffrey Eugenides’ 1993 cult classic.

I have three memories of reading books which were notably, consciousness-alteringly age inappropriate. The first: aged nine, locking myself in the bathroom with the adult Roald Dahl book Switch Bitch, mind quite comprehensively blown at the nice Chocolate Factory man’s stories of sexual mayhem and humiliation. The second: reading American Psycho at 11, poring, aghast, over the gleefully gratuitous sadism. A description of Patrick Bateman electrocuting a woman’s breasts lodged statically in my brain – still now I’ll occasionally have nightmares about the sound of fat splattering on windows.

And then came the most important, the book which I obsessed over for years – drawing pictures, handwriting out passages, writing unsent letters to its author and characters – as I might have a pop band or film star. I was 12 when I came across a copy of The Virgin Suicides by Jeffrey Eugenides filed, I assume erroneously, in the Young Adult section of my local library. I’d never heard of it but admired its cover. I slipped it in with my Judy Blooms and took it home, where life changed forever.

The Virgin Suicides tells the story of the five Lisbon sisters, daughters of remote, strict parents in a Detroit suburb, all of whom will die by suicide. The book is narrated by the neighbourhood boys who loved them. The boys are individuals in the plot, but as narrators are an amorphous Greek chorus, specifics smoothed out by a unifying obsession with the girls.

The book’s sly black humour was largely lost on me when I was a child, but its sorrow – a pervasive sort of sadness which seemed to come and settle on your bones as you read – was not. It was as though all my feelings, firing off in a hundred directions, had needed one perfect focal point and found it in this story. I worshipped it as an object, with the same religious devotion that the boys cherish the ephemera they have collected of the girls they love. I slept with it under my pillow and memorised passages and read it over and over again for years. I was obsessed. And what I was obsessed with was the portrayal of a particular kind of obsession.

Looking back at it now, I think The Virgin Suicides was the first time I had seen a representation of adolescent love and pain which was not intended to be cute, or funny, or stupid. It was a serious book, and took the unbearable yearning it recounted seriously. The boys in the book had not forgotten the girls, or learned to scoff at their own ardour. They narrate as adults, still lost in the fog of their unmet longing. They didn’t get over it, time didn’t heal all wounds, and this was a comfort to me.

Already, at 12, I had had an all-consuming crush on an older boy who was barely aware I was alive. I filled journals with my thoughts and feelings about him. I can still feel the precision of the pain now, despite the hindsight adult observation that I barely knew him at all. I wrote rhapsodic essays about the allure of his soft white neck beneath the Cobain-esque flannel and cardigans, recorded every word he ever said to me, cut out a part of my T-shirt he had once inadvertently touched and pasted it to my wall as an obscure shrine.

Between now and then much has changed, but that I centre romantic love in my life has not. Throughout my adolescence and early 20s, I freely indulged myself in obsession, possessiveness, idolisation. I stopped believing in God when I was a child. I learned that we all die. What else is there to do?

Our culture is confused when it comes to love. We’re told to prize it above work and material possessions, to make it the core of our lives. But then we’re told too to ignore it, be above it, that being in love is not the be-all and end-all. I guess what people mean is that you should find balance. But who has the time for balance? Or the inclination? We’re all going to die! What’s a better way to spend the little time we have here than being wholly, recklessly in love? Acute, life-ruining melancholy and all.

When I began writing seriously, it was about my boyfriends, my sex life, the weird niggling compulsions they brought out in me. The ugly things that obsession reveals, the beautiful and good parts of myself that devotion does. People told me at times that I would regret writing about these things, as though love is incidental.

Three years ago, when I started work on the novel I’m writing, I knew it was about obsessive, desperate love and all its euphoria and ugliness. At first, I tried to skirt around the subject, padding out the core love story with cultural commentary and arch theory. After struggling for nearly a year, I re-read The Virgin Suicides, and then I knew I had been mistaken. I was wrong to think I needed to be cleverer, more serious, than love. I went back to the beginning and started from the start; a whole love, beginning to end, no excuses or apologies. What’s more serious than love?

What to read after The Virgin Suicides 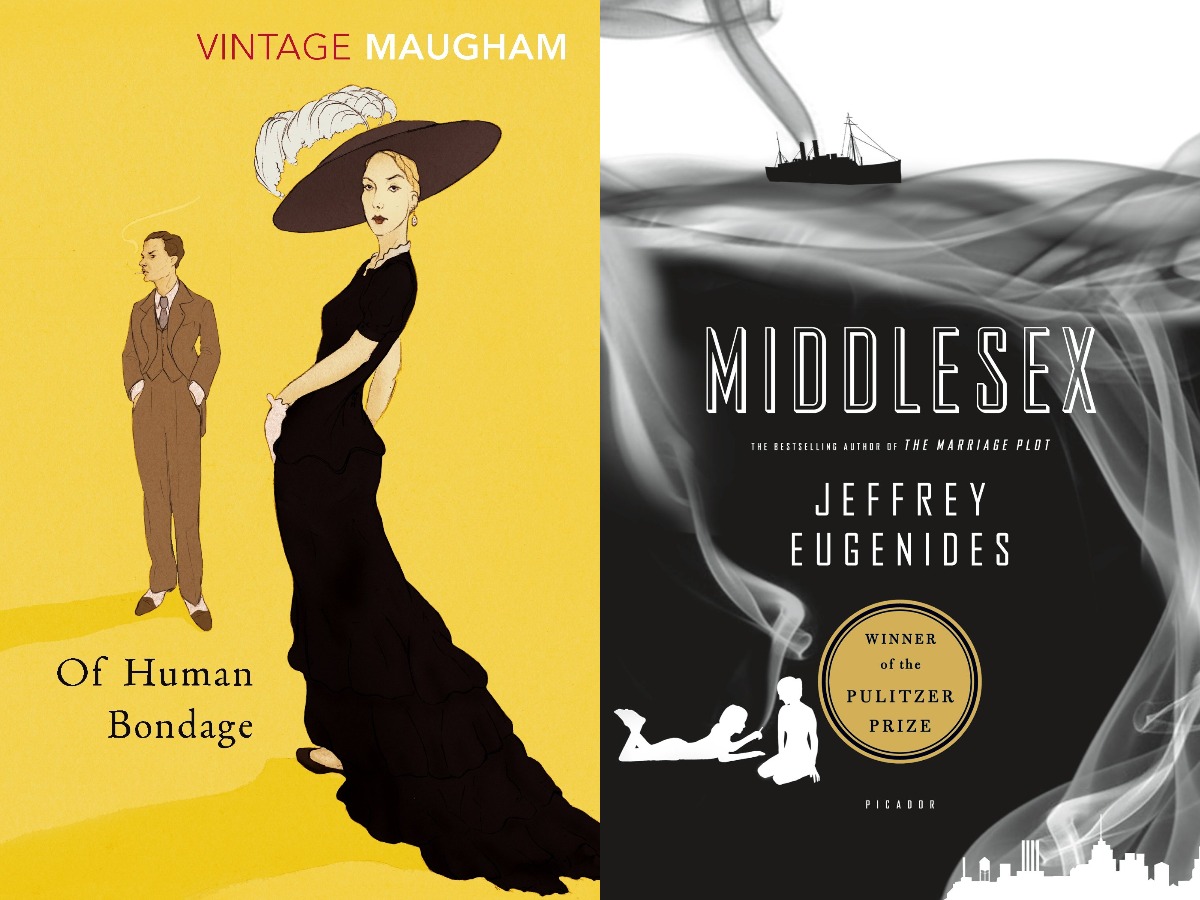 Eugenides’ second, Pulitzer Prize winning novel, published in 2002. Middlesex follows a mutated gene through three generations of a Greek family, a gene which has caused the book’s hero Calliope to be born intersex. Where The Virgin Suicides is painfully localised and finds its richest moments in ephemera and minutiae, Middlesex is a bombastic, ambitious book. But still, the moments which stand out most clearly for me are those describing the acute pains of adolescent romantic love in the same tender style, Callie’s love for her best friend, the “Obscure Object.”

Of Human Bondage by Somerset Maugham

Somerset Maugham’s 1934 masterpiece tells the story of Philip, an orphaned boy who moves to Paris in the hope of becoming an artist, eventually returning to England to study medicine. There he meets Mildred, a sullen, manipulative waitress who has no feelings for him but who he nevertheless falls deeply in love with. A magnificent book and a romance for those of us who’ve had the bad luck to love someone completely terrible: “He did not care if she was heartless, vicious and vulgar, stupid and grasping, he loved her. He would rather have misery with one than happiness with the other.”

Emily Bronte’s only novel holds a special place for many women like myself who studied it at an impressionable age. A potently hellish portrait of consuming love and all its destruction: “If all else perished, and he remained, I should still continue to be; and if all else remained, and he were annihilated, the universe would turn to a mighty stranger.” 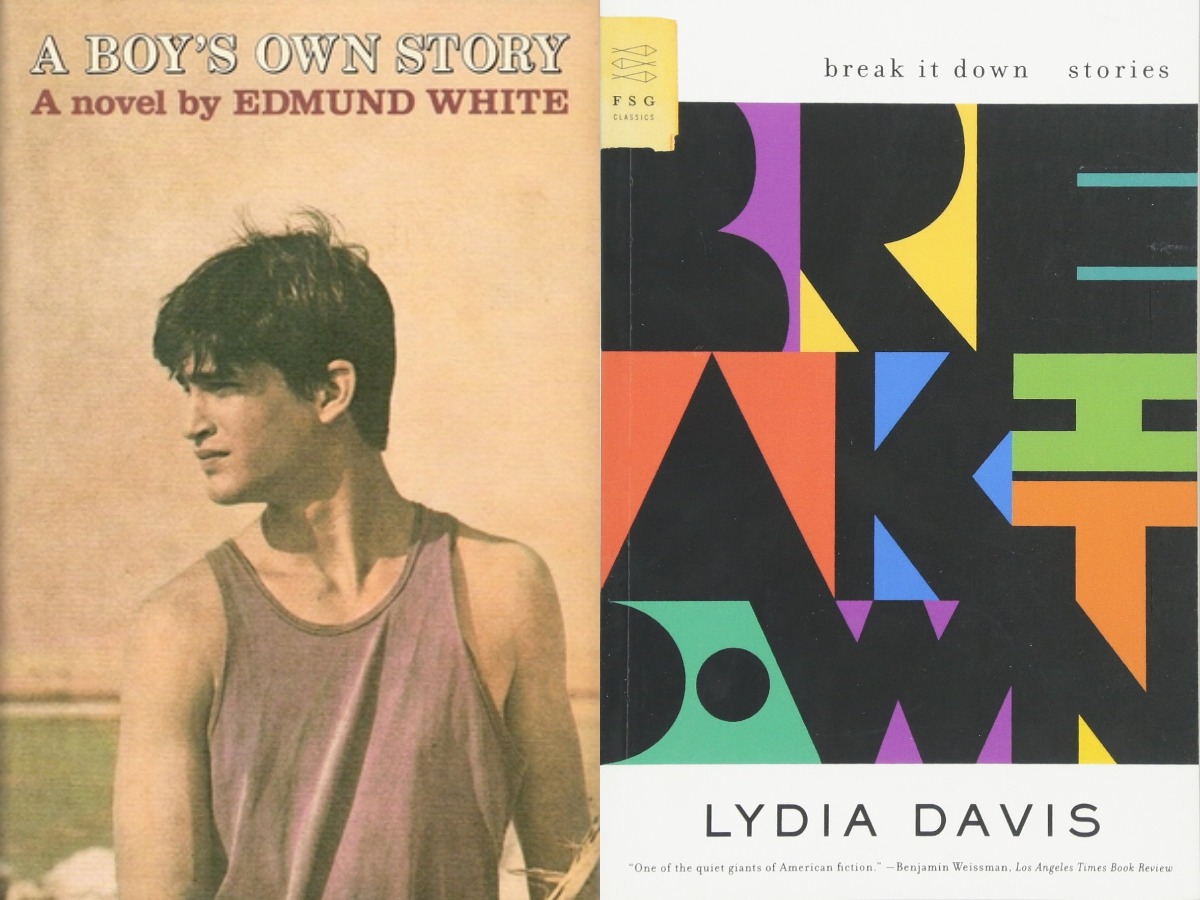 A Boy’s Own Story by Edmund White

White’s 1982 breakthrough novel A Boy’s Own Story was a landmark in gay fiction, and is one of the best portraits of repressed adolescent longing I’ve ever come across. The 14-year-old narrator is shrouded in isolation and fixated on the power of physical beauty. His growing attachment to 12-year-old Kevin, the seemingly indifferent boy with whom he sexually experiments, is painful to read.

Break It Down by Lydia Davis

There’s a recording of the title story of this collection, beautifully read by actor Matt Molloy, on a This American Life episode. After a particularly vicious breakup, I used to lie in bed at night and play it on repeat while I cried myself to sleep. Break It Down is an account of a love affair using quantifiable measures – the cost of a hotel room, a dinner, a drink – which only serve to better highlight the bewildered anguish, the crystal clear purity of longing and pain.

Linkedin
RELATED ARTICLES
OTHER ARTICLES
A new edition of a seminal book brings together iconic images of the band onstage in their full glory and backstage in moments of unguarded camaraderie.
Over a dozen Stop Deportation activists locked themselves to each other outside a detention centre to prevent coaches taking those due to be on the Rwanda deportation flight from leaving.
In the latest instalment of Photographers in Conversation, the chronicler of raves, protests and beyond explains why he’s drawn to such specifically visceral environments.
50 years since its inception, and the campaign calling for recognition that capitalism depends on domestic labour is as pertinent as ever.
Freddie Miller’s new series of photographs investigates who today’s trainspotters are and what drives their unfettered enthusiasm.
The author discusses the all-consuming nature of heartbreak, and turning the experience into an incisive exploration of love and loss.