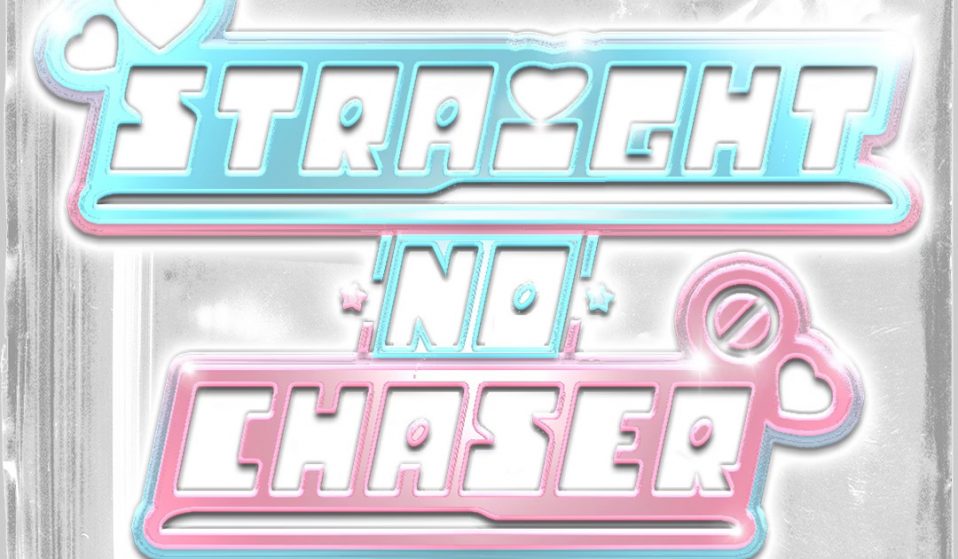 A new podcast is opening up the conversation between trans women and trans amorous men in the hope of building coalitions.

A new podcast is opening up the conversation between trans women and trans amorous men in the hope of building coalitions.

“I feel like a trade saviour,” Mya Mehmi, a DJ and artist, half-jokingly tells Huck. “I feel like one day there’ll be a statue of me in all the Pure Gyms.”

Mya is one of the producers of iconic night Pxssy Palace, which provides a space for Black and brown queer and trans folks in London to come together, to dance and bask in joy. Now, with her podcast Straight No Chaser by Mya Mehmi, Mya is directing her attention to a project encouraging people to open up and let go.

“What I’m trying to do with this podcast is to create a space in which trans women and DL [‘down-low’] men can have open conversations – sometimes a bit problematic, sometimes imperfect, sometimes tense – but real conversations about our real relationships,” Mya explains in the first episode. DL men are men who engage in romantic and sexual relationships with queer and trans people in secrecy.

“The podcast was born out of frustration,” she tells Huck. “As soon as I started transitioning I found myself engaging with DL men and I got into a really unhealthy pattern of seeking validation from these men and getting into these toxic situations”. This is a topic Mya and I, as many other transfeminine people, have discussed countless times over the years. The questions we are left with are always the same: can the temporary pleasure we experience from being desired ever turn into something deeper? What will it take for DL men to stand up for us? Do these men care about our lives, or just our bodies? 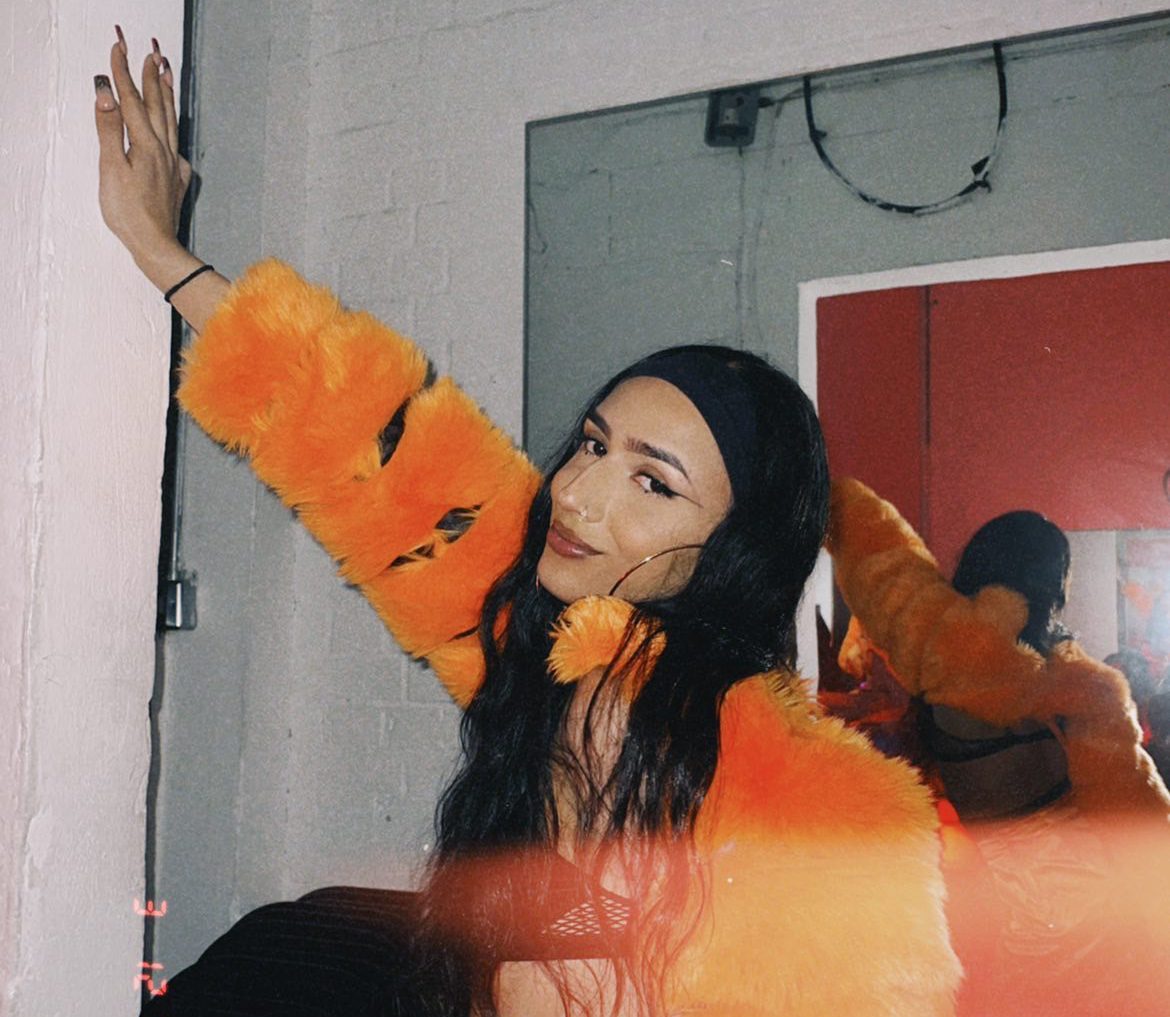 DL men have always been adjacent members of the queer community, and a demographic that has been historically hard to integrate and liberate. “I feel like cis men’s relationship with trans women is the biggest kept secret and most erased fact in the whole entire fucking world,” Mya tells Huck. The wider LGBTQ+ community tends to resentfully engage with DL men through a sense of moral superiority. DL men’s attempt at retaining a somewhat traditional version of masculinity whilst not neatly fitting into a typical heterosexual identity is seen as cowardice, denial and inauthenticity, one unworthy of being part of our fight for rights. Mya’s desire to build coalition between these groups is what led her to start the project, which sees her interviewing DL men she has dated.

Socially relevant and filled with potential, the podcast is also first and foremost a gripping source of entertainment. Mya pairs punchy one-liners such as “DL dick, like any dick, is sometimes amazing but a lot of the time mid” with commentary that traverses topics such as men’s reluctance to seek therapy to trans healthcare.

In episode one Marcus (not his real name) struggles to vocalise his attraction to trans women and reveals how he’d see his life as “over” if he was spotted with Mya in the street. He ends the episode, after an incredibly heartfelt conversation, by sharing, “This is why I agreed to come on this… [Shame] blocks people like me. Although we respect you and get on with you, it stops us from progressing in that relationship.” In the second episode Tariq (not his real name) seems to be less ashamed about vocalising his desire, despite requesting an altered voice to further conceal his identity. Through the episode he enquires about  trans women’s sexuality and shares his experience interacting with trans women in a men’s prison.

The compassion Mya shows towards trans-amorous men as they discuss feeling hesitant to openly love the trans women in their lives is matched by her belief in accountability. “I’m the type of bitch where I can’t let you inside my body unless I feel like you have a basic understanding of my livelihood!” she says, effortlessly rolling a spliff with long brown acrylics. Later, as Marcus tells her, “Trans women as a whole are fucking selfish. They cry, bitch and moan. It’s annoying,” Mya immediately responds: “Six people that have passed away under the age of 27 in my community in the past year and a half to suicide. People are dying waiting for hormones.” Over the five minutes of back-and-forth the two have on the topic, you can feel a change in perspective and empathy in her guest who is clearly welcoming a conversation he never gets to have.

“My biggest joy is the community that I feel it’s building,” she tells me, “People are so receptive to the veil being unveiled. Being able to hear trans women say, ‘I have these conversations behind closed doors and I find them so isolating. To hear you talk about it just makes me feel like I’m not alone’ is so amazing.” Her primary goal, however, is for the podcast to reach trans amorous men: “I want it to be used as a reference for DL men, who feel they’re attracted to trans women, but they don’t really know what that means. And they don’t know how to navigate it. I want this podcast to stay in the archive and be able to be referenced till the end of time.”

Linkedin
OTHER ARTICLES
Jeffrey Henson Scales intimate portraits and protest images of the BPP and its leaders offer a rare insight into organisation at a time of societal upheaval.
Zsófia Sivák’s ongoing project documents the country’s tavern culture, preserving a once defining part of rural life.
Mass crustacean die-offs in the North East have led a community of fishermen to take action to save their seas.
The first-generation graffiti artist reflects on the tagging’s emergence as an art form and the players who pushed the medium forward.
A group of aid workers face prison for helping to save people fleeing their homes at sea. If they are charged, it will have a chilling effect on humanitarian efforts.
After a two-year hiatus and a new album, the Nigerian artist is riding high. Now, he wants to bring his alternative, genre-bending sound to the world.