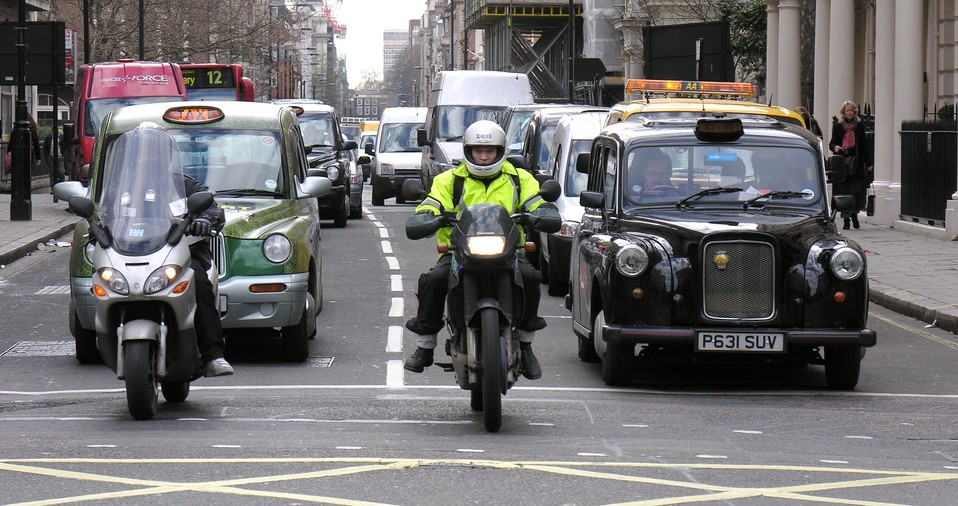 The UK government looks set to announce that all new petrol and diesel vehicles will be banned in Britain by 2040.

The UK government looks set to announce that all new petrol and diesel vehicles will be banned in Britain by 2040.

We all know we’re fucking up the planet, that air pollution in cities across the UK is cutting our lives short. From an obsession with buying crap we don’t need to increasingly cheap air travel, global warming and our pumping out of toxic gases into the environment is doing some serious harm.

But in an announcement on Wednesday the UK government is set to set out plans to ban all new petrol and diesel vans and cars on British streets in a bid to curb the damage air pollution is doing to our lungs. Some £3billion is set to be put towards taking action on air quality, after the High Court ruled that the government had failed to act on its legal responsibility to clean up the air we breath. The obligation is a result of an EU pollution limits, but Brexit hasn’t quite happened yet.

According to reports, up to to £225million will also be made available to local authorities to help deal with high levels of air pollution in the short term, and there’s talk of finding cash to start a diesel vehicle scrappage scheme to take the worst offending polluters off the road.

Similar plans were unveiled in France earlier this month – suggesting that despite Donald Trump’s unconventional approach to tackling climate change (sticking his fingers in his ears, closing his eyes and yelling something inaudible about immigrants), slowly but surely some world leaders are looking at ways to reduce our impact on the planet.

While it’s not entirely clear just how much damage air pollution is doing to our bodies, experts reckon 40,000 premature deaths a year can be linked to air quality being so damn bad.

“The government has trumpeted some promising measures with its air quality plans, but we need to see the detail,” said CEO of ClientEarth James Thornton, the campaign group who took the government to court. “A clear policy to move people towards cleaner vehicles by banning the sale of petrol and diesel cars and vans after 2040 is welcome, as is more funding for local authorities.

“However, the law says ministers must bring down illegal levels of air pollution as soon as possible, so any measures announced in this plan must be focused on doing that.”

To be clear, this isn’t so much of a signal that the Tories are turning green. Any measures announced are a result of legal obligations imposed by the European Union, and it took environmental groups taking the government to court for these plans to materialise at all. Plans, it must be said, that have been delayed until the very last minute. Still, beggars can’t be choosers, and we should probably just be relieved that we’re not blindly marching as fast to the impending doom of climate change as we might have been before.

Linkedin
RELATED ARTICLES
OTHER ARTICLES
A new podcast is opening up the conversation between trans women and trans amorous men in the hope of building coalitions.
Following the release of his debut single, Deyaz talks battling addiction, dealing with his struggles through music, and building a budding music career from his living room.
A new law change is enabling Britain’s donor-conceived children to know the truth about their origins – but campaigners say the fertility industry must do more to protect people.
Tristan O’Neill’s shots of dancers caught in moments of reverie at the height of rave’s golden age are a testament to the UK’s legendary club culture.
Photographer Sean Maung reflects on documenting a small town in Pennsylvania afflicted by high levels of unemployment, poverty, violence, crime, and addiction.
Since 2007, Gideon Mendel has made 20 trips to document floods in 13 countries. The result is an alarming record of what has already been lost to the climate emergency.