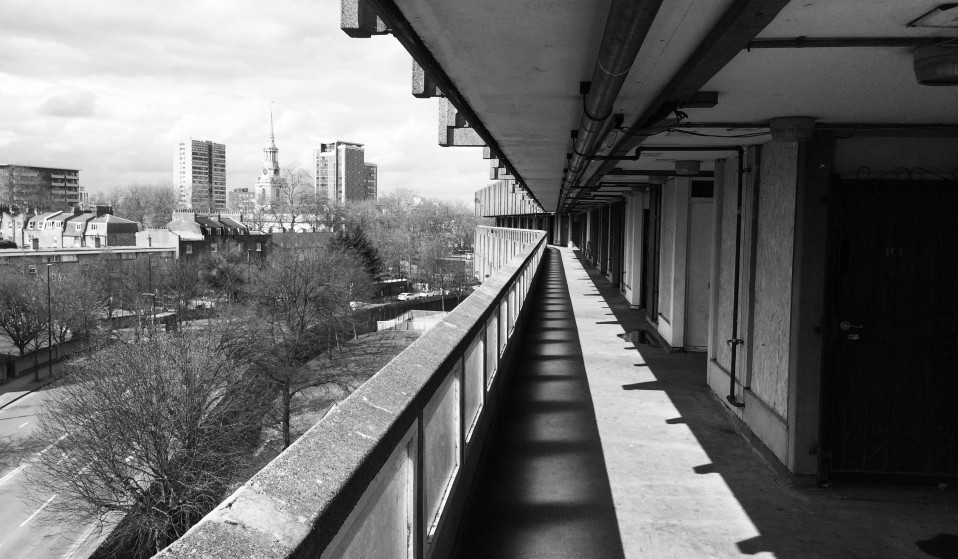 The debate around social housing and the Brutalist architecture that embodies it has been raging for half a century. Now war is being waged against these estates, but social need is as great as ever before.

The debate around social housing and the Brutalist architecture that embodies it has been raging for half a century. In London, 2016, it feels like the war being waged against council estates is being won, even though social need is as great as ever before.

I’ve been vaguely aware of the dialogue surrounding Brutalist architecture for a little while now, and as far as I knew the debates were mainly about whether or not those big, ugly blocks flanking the eastern reaches of the Thames were pretty or not (my opinion: not).

I thought this was a conversation concerned with art and architecture, and since I wasn’t too bothered about either, it was one I mostly stayed out of. But then I came across a few articles listing some of the world’s most beautiful Brutalist buildings, while a discussion hosted by the Royal Academy called #ForgottenEstates made the rounds on my social media feeds.

Not only was my personal opinion on Brutalist aesthetic swayed, but I started to pay attention to the wider and infinitely more important social backdrop of the Brutalist landscape. So, I headed along to find out more.

This debate isn’t about aesthetics, it’s about class

The first thing I learnt at this talk was that Brutalist architecture in itself is just an emblem of a significant social initiative: council provided housing on the basis of public need, a core component of the welfare state established in post-war Britain.

The buildings themselves are often huge, concrete structures that dominate unassuming suburban landscapes, and as such attracted negative portrayals from the word ‘go’. Council housing and violence, we are lead to believe, are synonymous with one another, a long established media tradition that has its roots in the political and social prejudices around post-war developments.

Often these arguments are reduced to ideas of social ‘successes’ and engineering ‘failures.’ According to the Royal Academy’s Owen Hopkins, who chaired the event, it’s a matter of cause and effect; for advocates of the welfare state, Brutalist builds are “the most visible manifestation and embodiment … of the post war belief in the common good, and progress towards a country that’s more comfortable and affluent for all, irrespective of wealth or class.”

But the welfare state has always been under fire, and when Thatcher took control of housing policies in the late 1970s, the argument that housing estates were the ‘failed’ experiments of left-wing social engineering began to gain traction.

“Their concrete tower blocks were so alien to their inhabitants’ that [the thinking was] they somehow served to exacerbate the problems of social deprivation they were designed to alleviate,” says Hopkins. “This characterisation is remarkably persistent and still shapes how many people view housing estates today, especially if they’ve never actually lived in one themselves.”

People living on estates, it was thought, were so isolated in their not-so-ivory towers that high crime rates turned out to be a self-fulfilling prophecy.

And it’s the same voices that aren’t being heard

The significance of a discussion about the changing status of council housing in Britain being hosted in one of London’s finest bastions of art and architecture, in the heart of Mayfair, predominantly overseen by middle class academics, was symptomatic of something else I learned that evening; the views and experiences of council tenants are consistently ignored.

Jessie Brennan is an artist who spent time speaking with residents on the soon-to-be-demolished Robin Hood Gardens in Tower Hamlets, which for many encapsulates the losing battle of the collective resistance against the regeneration of social housing.

“People take so much interest in this estate,” said Abdul, born and raised in Robin Hood Gardens, who Brennan met during her time there. “But no one who lives there knows or understands the importance of it.” At University, Abdul did some work on Brutalist architecture, and the relevance of estates like his began to dawn on him.

“Suddenly [there’s all this stuff about] your block, where you live, and you’re always being told by everyone that it’s crap. But then there’s this book about the architecture which is actually saying, no it’s amazing, and that’s quite strange and you think, well who’s right then?”

But at base level, obviously, it’s exactly these people who have the greatest authority on the ‘success’ or the ‘failures’ of council estates, and when you cut out the bullshit they’ve got a better understanding than anyone of what’s happening to their social landscapes. “I agree from an outside perspective that Robin Hood Gardens can be seen as a failure,” explained James, another of Brennan’s interviewees. “But Robin Hood Gardens never failed us, the local government did. It will always be a success to me because it gave me that chance to see life outside of my own cultural bubble.”

The numbers prove that council housing is a viable living option for low income families: The English Housing Survey of 2013/14, according to Hopkins, showed that “social renters were much more likely to agree that their form of tenure was a good way of occupying their home; 80%, compared 53% of private renters”. But there are still 1.2 million people on the housing waiting list because council housing estates and the Brutalist architecture that characterises it is steadily being erased. But to talk about estates as if they are inherently deprived purely for existing as social initiatives just isn’t true.

Dr Paul Watts is a professor of Urban Studies at Birkbeck University in London, and argues that poverty in these communities occurs precisely because of the fact that they were built as working class estates. “People on estates had jobs,” he tells the room, with a passion and assertiveness that comes from arguing this point to a room full of students on a regular basis.

“So throughout the post war period, there were high levels of blue collar and manual employment [in these communities]. What then happens is you have a huge period of de-industrialisation, which disproportionately affects people living on estates. It’s no new phenomenon, its nothing to do with estates per se, it’s to do with rather more fundamental changes to the political economy.”

A place to call home

And when all is said and done, in the marble institution we sit in discussing the fate of a distant Brutalism we will never have a chance to experience first hand, the remaining residents of London’s forgotten estates do know that these conversations are happening, and they know that they overlook the fact that for them, the buildings are simply a place to live.

“What the outsiders see is a harsh, brutal, concrete exterior,” concedes Nicholas, a resident of the Robin Hood Estate since the 1980’s. “Now it’s dirty grey, when originally the concrete had a more golden sheen. I always hoped the council would get the exterior painted white and this may have altered perspectives [and] attitudes of outsiders to the monolithic block, which they saw as a delinquent, among other properties.”

“But as occupants, we were looking out, secure in our citadel, overseeing the locality as occupants of a castle might have done, in the medieval period.” For Nicholas, and James and Abdul, these controversial urban structures are the nothing more – and nothing less – than a place to call home.

Linkedin
RELATED ARTICLES
OTHER ARTICLES
In Sheffield, food delivery drivers are fighting back against one of the giants of the gig economy.
As the role of the nuclear family is increasingly called into question, people are finding new ways to exist outside heterosexist norms.
Photographer Yan Morvan revisits a radical moment in history, which saw the emergence of a fiercely-rebellious spirit among the UK‘s youth.
In the UK, Hongkongers are continuing to stand in solidarity with the pro-democracy movement.
Photographer Alice Mann reflects on capturing the camaraderie and discipline it takes to succeed in a highly-competitive sport.
While the popular news aggregation service has been kicked off Twitter, its demise does not spell the end of digestible misinformation.