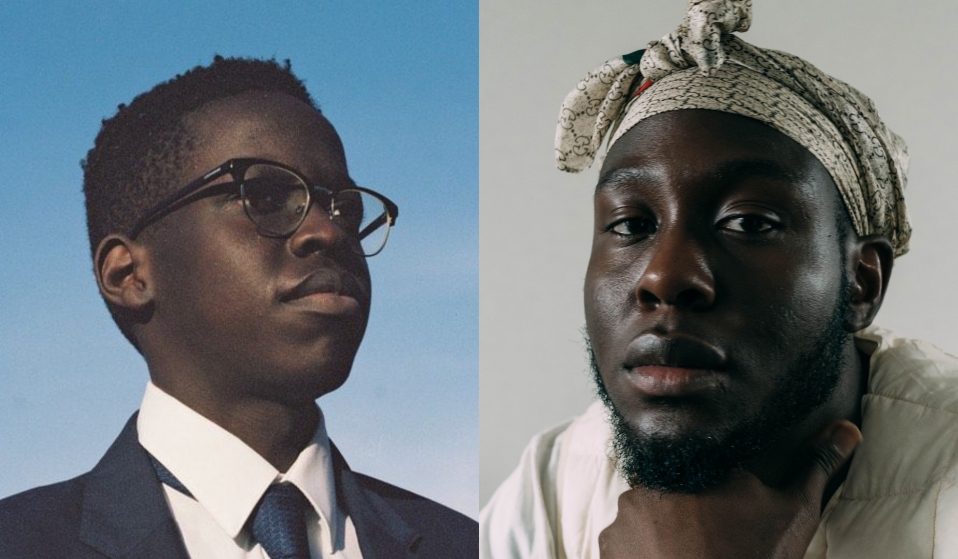 The 17-year-old activist and politician Athian Akec speaks to Caleb Femi about his book, 'Poor' – a collection of poems exploring the strife and joys of young Black boys in 21st century Peckham.

Caleb Femi is one of this nation’s most urgent poetic voices, examining working-class inner-city Black experience in a way never seen before. His landmark debut poetry collection, Poor, underscores the triumphs, pains, anxieties and comforts of growing up in these communities and has garnered widespread praise for its originality, creativity and sheer brilliance.

The poems resonate deeply with me because they articulate things I’ve thought, but haven’t always had the vocabulary to express. For me, the greatest art encapsulates our hopes and fears, rage and joy. Caleb does all in equal measure.

For years we’ve been missing voices like Caleb’s. 2020 has been a year of loss, crisis and tragedy. Poor has brought me some much-needed optimism, and it is heartening to know that his voice is being heard more now than ever before. We spoke about the book’s persistent themes and how poetry can be used as a tool to tackle injustice.

I think Poor will be remembered as a defining piece of work. What were you attempting to communicate to the world with this poetry collection?

To the outer world, it was more of a question I was posing to them. What is your perception of working-class “poor” people – and poor Black people specifically? What do you know about us and how has that shaped your understanding of the trials and tribulations that we face?

But it’s less concerned with the outsiders, it’s predominantly speaking to the community with a message of love.

A really powerful force in the book is imagination and something I’ve been thinking about a lot since this summer is how for Black British communities, images of systemic violence – especially police brutality – are seared into our collective memory. In the face of these traumatic images how as Black people do you think we can safeguard our imagination?

I think we do it in the way we always have. Doing what we do in spite of everything. The togetherness which these conditions cultivate within us. Listening to one another and feeling like we are hearing one another. I feel like there is something really important in being validated in the way you see the world and your perceptions and focusing on joy to counteract the trauma and the heaviness of everything.

We always find ways of surviving through sheer determination. I think it takes a really strong person to look at a dire situation but also to see strength and hope in knowing that things will be OK.

There’s something to be said about hitting rock bottom. I think when you hit rock bottom a few times you stop being afraid of it because you know that you can rise up again and climb. There’s also something to be said about our imagination. It provides escape for us and is one of our most valuable commodities in the struggle for liberation, equality and humanisation of Black people.

Reading the poems, the collection comes across as an intensely political work – you articulate with poetic rage the immense loss and unfilled potential which is the result of austerity and the callousness of successive governments. How do you react to be called a political poet?

I usually try to push the conversation beyond that. I think there’s something quite reductive when we talk about art, especially Black art, and keep it in the sphere of politics, when there are many allegorical pieces of art that are very political but we don’t try to categorise them within that realm.

Every work is political whether it wants to be or not and that’s a universal truth. And with that said, why do we always focus on the work which surrounds Blackness and try to pull out the political discourse from it? In a more effective way, what we can do is question humanity, and talk about that.

Being a political poet is dead. I don’t subscribe to that, however, that doesn’t stop the work I make from being political, because it is.

Issues of race, inequality and access to green space which you touch on in your book have come into focus as a result of the pandemic. How do you think the lockdown has changed the way these poems will be read?

There was a conversation that had to be had. [In lockdown] There was no work, there were no shiny events to go to, we were all in our houses and there was no escaping it. Lockdown allowed for the conversation to be given the attention it’s always demanded. This reality has always been there; the only difference is that anything we are currently discussing, the people who are on the receiving end of these problems have known for a long time.

There’s a really good line by George the Poet that speaks to this: ‘when your struggle outlasts our attention spans we go back to funding our cars and pension plans’. These conversations have been happening but the powerful have ignored them.

I think we are seeing that now. When the lockdown was eased, a lot of people went back to their bickering and their beloved distractions.

Poverty is something which is very much present in Britain but in public spaces, people often talk about its manifestations only at its surface level – in tabloid depictions – anything beyond that is usually dismissed and rarely ever discussed. Why did you pick ‘Poor’ as the title of this book?

It’s a provoking word. It’s one we are all super sensitive to for one reason or the other. It’s the central theme of the book – it shows this is what people do in spite of their poverty. But also it’s multi-layered in a way, in that it asks people what their perception of that word is.

What does it mean to be poor? Is that a financial remit? Is that poor health? Poor in family or love? Is it poor in opportunity? Is it poor in imagination? There are so many interactions of poverty that I think. What is your perception of poor people and how do you think you are better than them?

I’m in the last year of sixth form. For me, the lockdown and pandemic has exposed a kind of fakeness in the English education system. There’s this idea that if you turn up every day, try reasonably hard and do some exams, then you are promised this security in society. The pandemic has exposed the fact that security is fundamentally an illusion.

You were briefly an English teacher, so I was wondering how do you think subjects like English literature can be taught more creatively and engagingly? How do you think we can equip students with the creativity, resilience and imagination to survive in this increasingly volatile and unpredictable world?

There are definitely people with more solid answers, but one thing I do have to say is that young people should be given more autonomy in the process of education. Allowing them to take control of their own lives and learning.

If young people are going to be judged, let them be judged on all manners of intelligence and creativity. But right now things are way too rigid.

In my experience, poetry is sometimes perceived as the art form of the elite. But a lot of the dial shifting work done by people like you and George the Poet, along with countless others, is by Black British poets. What are the structural changes that you think need to be made to democratise poetry and more widely the arts?

The elite perception comes from a sense of ownership – class ownership over the arts in regards to who owns what and who is allowed to participate in what. We need to be able to read a wider range of poets. We need to allow more young people to engage and read more poetry.

Young people need to experience all the variations of poetry, not just poetry on the page, but how poetry can exist in various formats. But also the real-world applications of poetry. Poetry is not just something to be analysed. It has a bigger life than that and should be treated as such.

A persistent theme in these poems is the idea of vulnerability. How have you learnt to be vulnerable in pieces of art which will be read by people all across the world in many different contexts?

Trial and error. No one wakes up one day and feels like they can just open up to the world. And handing your deepest, darkest and most delicate feelings out to the world is a very hard task. Trusting one another to be able to recognise the humanity that exists within us is important. But more than anything, it’s about how we view vulnerability.

Vulnerability is not synonymous with weakness or any unwanted attributions that men, in particular, don’t want to be connected with. Once you redefine your understanding of vulnerability makes it easier. To be vulnerable is to be strong. It’s easier to be vulnerable when you associate it with strength.

There’s a couple of diary entries in the book written in the aftermath of the Grenfell Tower disaster. It’s a day which is crystal clear in inner-London consciousness. What should have been in this nation a day of reckoning over the impacts of inequality, systemic racism and the callous disregard for human life which resulted in this fire, has I think, never happened.

It’s difficult to wrap your head around how the powerful people and groups in this country have moved on so suddenly, seamlessly and effortlessly. How has art helped you process what happened both on the day and in the aftermath?

There’s something to be said about art and how it allows you to both process and memorialise things. When a tragedy happens the collective mandate is that we never want to forget what happened. Process the grief for sure, but the memory should sit as a monument for what we need to do right and what we need to tackle.

I think art is the perfect conduit for that. It allows us to grieve on a personal and collective level, it allows us to memorialise. It also allows us to say things we don’t feel we can. Speeches mostly die and are forgotten, but art lives forever.

Poor by Caleb Femi is out now on Penguin Books.

Linkedin
RELATED ARTICLES
OTHER ARTICLES
Members of the collective share some of their reasons to run as part of #UnitedBySummits, a campaign that looks to uncover transformative power of the outdoors.
The revered showbiz chronicler recalls his journalistic beginnings, documenting subcultural scraps in the ’80s.
In the last of our dispatches from OFFF Barcelona, Rufus Deuchler and Vincent Gault discuss the future of creative process.
From the Yakuza to a biker gang, Bruce Gilden recounts capturing Tokyo and Osaka in the ‘90s.
Over the weekend, London locals came together to resist a pre-planned police raid targeting delivery drivers.
The author discusses her blistering new novel about history, revolution and queer love.