Art & Culture / Can being a musician make you sick? 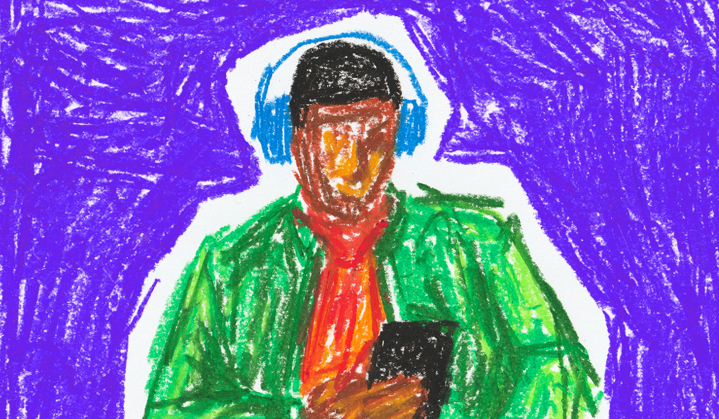 We speak to the authors of a new book which interrogates why musicians are three times more likely to have anxiety or depression.

We speak to the authors of a new book which interrogates why musicians are three times more likely to have anxiety or depression.

There may never have been a more uncertain time to be a working musician. Before COVID-19, things weren’t easy: culture encourages people to follow their dreams, but the creative sector tends to favour those from wealthier backgrounds, while financial rewards continue to be stripped away by a handful of wily tech companies. These threats to mental health and wellbeing will no doubt be exacerbated in the coming weeks, with news that 170,000 live music sector jobs will be lost by Christmas.

The precarity of working in the music business is explored in a new book, Can Music Make You Sick?, by Sally Anne Gross and George Musgrave of the University of Westminster, which uses data from a survey carried out in 2016 financed by Help Musicians UK. With a pool of more than 2,000 working artists to draw from, the figures could hardly be starker.

The charity Mind estimates that on average, around eight in 100 people suffer from anxiety in any given week; incidences of poor mental health amongst musicians are much higher than the national average, with 71.1 per cent of respondents saying they’d experienced anxiety or panic attacks and 68.5 per cent admitting to suffering from depression at some point during their careers. These figures are even higher for women and DJs, and some female DJs who contributed to the survey were damning about the lack of safety in the workplace.

Can Music Make You Sick? challenges preconceived ideas about musicians and mental wellbeing, such as the idea that they are more prone to mental illness because they’re “a bit mad to begin with”, or that it’s in some way their duty to suffer or even die for their art.

These cliches have calcified in our culture, so bringing quantifiable data to the table and overturning lazy assumptions is long overdue. Huck spoke to Musgrave – a full-time recording artist under the pseudonymous Context MC turned academic, and Gross – who has been a music industry practitioner for decades – to find out what can be done to address the detrimental impact careers in music are having on people’s mental health.

Why did you want to dispel the myth of the tortured artist?

Gross: People who might be more susceptible to the frequencies of emotional distress may make interesting artists – it’s not to say that isn’t also the case. If you already have those sensitivities, the structures of the music industry don’t help, and they also exaggerate them. They impact on mental health negatively, and I think that’s what we found out talking to artists.

Are artists encouraged to build their own narratives now?

Gross: Absolutely. That hypercompetitive ‘X Factor’ idea of taking people from nowhere is an emblematic neoliberal narrative where we can just pick you up, and through your own talents and appeal to the public, we can set you off on another journey. When I was growing up, people might have had a story but they didn’t have a ‘journey’ – now it’s common parlance.

Musgrave: There’s this idea that pop music is the ultimate meritocratic industry where you don’t need to have to get expensive training. Fine arts, for instance, are regulated in the sense there are normative structures, levels of cultural capital that you might need to reach to be taken seriously, whereas one of the ideas that underpins The X Factor is: ‘Hey, you can sing in your shower, cool, you could be Mariah Carey too’. I would argue that idea isn’t prevalent in fine art.

You talk in the book about how capitalism exploits free labour by seizing upon the ambiguity of what is pleasurable work, suggesting it’s therefore not really ‘work’ at all, and you liken it to the wages for housework debate. Is music now no longer an avenue of social mobility?

Musgrave: It’s an inherently exploitative way of thinking about work generally, and it’s pervasive. There are lessons in the chapters for everyone, whether they work in music or not, and one of them is this: because your job is pleasurable and you enjoy it, others might think it reasonable to assess whether or not you should be paid so much for doing it.

The government seems to be telling ballerinas to retrain in cyber, or suggesting that being a musician isn’t viable but being a ‘Clandestine Channel Threat Commander’ is. Are they vandals who are happily using this situation to throw culture under the bus?

Gross: I think they definitely are vandals and throwing culture under the bus is very shortsighted. We have this situation of viability and competing structures and what should or shouldn’t be saved. I could say, hand on heart, why not throw opera under the bus? It’s very expensive and few people benefit from it. I’m not suggesting we do throw opera under the bus, but I would rather have a local venue.

Small local venues at least enable young people to go somewhere. Very few young people will be going to the opera. Local venues are very, very important to the fabric of the communities that they service.

Will these venues and these festivals even be there if or when we can finally return to watch live music?

Gross: Even if there are festivals next year, who will be able to go to when the economic downturn is set to be so great? Nobody wants to advertise themselves as not being viable.

That’s one of the things we found from the musicians we spoke to; even if they talked openly about the precarity of their economic situation, they did not talk about not doing it. They talked about doing other things to carry on doing it and their own ways of making it viable.

So can music make you sick?

Musgrave: For me, so many amazing things have come to my life because of music-making, and to be honest, I would do it all over again. There are things I would do differently, but I’d do it again. But in many ways, I’m much happier now that I do less of it. It is a very nuanced and puzzling thing.

Gross: All of our interviewees said making music was the joy of their lives. That’s the good part! It’s how you live in this very uncomfortable and competing and confusing world that’s the issue. It’s not a simple place to go and work.

Can Music Make You Sick? by Sally Anne Gross and George Musgrave is out now on the University of Westminster Press.

Linkedin
RELATED ARTICLES
OTHER ARTICLES
In his 2008 series, the photographer pictured himself as Angela Davis, Martin Luther King Jr., Malcolm X, and other prominent figures.
Rhiannon Adam spent three months capturing an ageing society wracked by division, isolation, and the aftermath of scandal.
Cindy Campbell recounts how her brother ushered in a new era of musical culture at a party she held in the Bronx in ‘70s.
Birdy Chu reflects on documenting the historic moment in which the territory was formally passed back from the UK to China.
Financial turmoil is pushing people who work in the sex industry into more dangerous and desperate situations as a means of survival.
For over a decade, gamblers have won big by employing people to place live bets from the court. But does this dubious method still work?