Art & Culture / Can the Twin Peaks fire be rekindled? 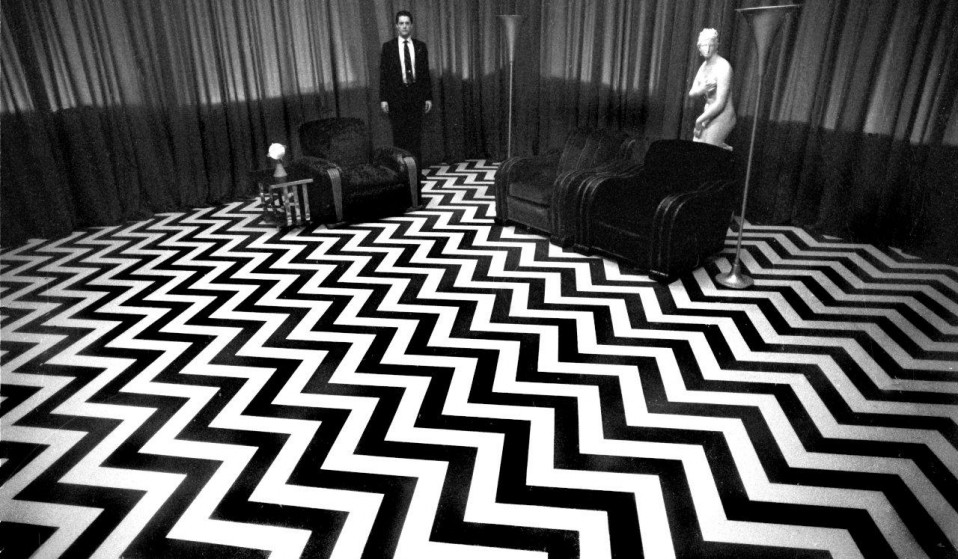 Cyrus Shahrad wonders if Twin Peaks can be convincingly recreated 25 years after the red curtain came down.

Cyrus Shahrad wonders if Twin Peaks can be convincingly recreated 25 years after the red curtain came down.

I try to avoid writing opinionated reaction pieces without waiting for the perspective afforded by a few days passing, but I claim special dispensation in this case. Twin Peaks is my weakness, my guilty pleasure, a silver thread running through the last 25 years of my life that I occasionally pull on to contact the kid at the other end. I attend festivals, collect memorabilia, have interviewed cast and crew members, David Lynch included, for a number of articles over the years. I’ve never stopped watching it, at least once a week returning from a particularly dreary day at work and popping on a favourite episode over dinner. ‘For Cyrus, a true fan,’ it says inside the gatefold of my season one box set, ‘from Kyle MacLachlan (Special Agent Dale Cooper)’. Why, then, while other true fans around the world flood social media with a tide of celebration, does the news that Lynch and co-creator Mark Frost plan to air a third season in 2016 fill me with despair?

Part of it is selfish defensiveness of the sort that many die-hards carry against modern remakes of their childhood icons. I was 11 in 1990 when the pilot aired on British television; I remember sitting in my bedroom watching Dr Zhivago on a boxy black and white television that had the brand name of my mum’s curlers burned into the plastic casing, and flipping over to BBC2 in time to hear a voice introduce the UK debut of this American show I’d been hearing so much about. As the pilot progressed I remember feeling as though I was sinking into another world – that chill Northwestern town, its population of odd but believable characters, its universe played out in signs and riddles, dreams and visions, with music always in the air. Over the coming months my brother, my best friend Spencer and I never missed an episode, often reconvening to watch the weekend repeat, discussing our theories amid the safety of a spider web strewn boot room at school that we called the Bookhouse, on whose cold brick walls we scrawled symbols and code names in black polish.

Yet it’s not just nostalgia that informs my lifelong attachment to Twin Peaks: the show remains a towering achievement, a Trojan horse of artistic integrity somehow smuggled on to primetime television, rendering obsolete overnight the televisual output of the 1980s and helping to define the creative decade that followed. Its surreal humour, its blurring of the line between picket fence naivety and moral darkness, its powerful undercurrents of sex, drugs and supernatural violence – these things continue to echo in the age of Netflix and HBO. The dream sequences in The Sopranos, the abstract narrative in Lost, the pagan ritual murder and existential dialogue in True Detective; it’s possible to argue that none would exist had Twin Peaks not redefined the very notion of what television was capable of.

Yet despite its enduring legacy, and for all the show’s extraordinary popularity at the time – before long Lynch was appearing on the cover of Time magazine, his female leads on the cover of Rolling Stone – things didn’t end well for Twin Peaks. Lynch and Frost were granted a second season on the condition that they reveal Laura Palmer’s killer early on (some claim the network feared lawsuits if the ‘whodunnit’ hysteria gripping the world spilled over into copycat killings); having done so, both lost interest in their creation, leaving to pursue other projects while Twin Peaks descended into farce and self-parody at the hands of mostly inept guest writers and directors. By the close of season two the show had been shifted to a graveyard Saturday night slot, audience figures had plummeted, and though Lynch himself returned at the eleventh hour to direct a mesmerising final episode – ending on a cliff-hanger of such terror that my brother and I were rendered speechless until lunchtime the following day – it wasn’t enough to persuade the suits to commission a third season.

Amid all this it’s not hard to see why Lynch and Frost might feel compelled to return and finish the job. This isn’t a cynical money making reunion: both are aware that the worldwide Twin Peaks community has only grown over the years, that something about the show is still shifting units and filling festivals, the latter always attended by a few costumed and quote-armed kids whose own parents were teenagers when the pilot aired. Perhaps there’s a sense of guilt at work, that the creators somehow let down the fans and the cast, one of whom described to me a feeling, prevalent on set during the deteriorating second season, that Lynch had shown them the Garden of Eden and then abandoned them in Purgatory.

Regardless, this doesn’t justify risking a reprise 25 years after the red curtain came down. That strange world that Twin Peaks occupied, somewhere between innocence and experience, between heaven and hell, between the 1980s and the 1990s, has long since been swallowed by the tide of passing time. During Twin Peaks’ first airing the online community consisted of a few disparate chat rooms; now we are an audience in thrall to simultaneity, to quick edits and countless alternatives and the sense that there’s always something more important happening on the next channel. How will the new Twin Peaks play? If Lynch and Frost make concessions to modern attention spans they’ll be seen as selling out; if they write and shoot with the earnest whimsy and glacial pacing of the original, then they risk holding a mirror up to how much we’ve moved on. Either way, it seems doubtful that they’ll be able to recapture the original’s mix of small town innocence and feverish sexuality, its horror or its humour or its human warmth. Lynch’s one return to Twin Peaks, the feature length Fire Walk With Me, is now hailed by some as a masterpiece, but bombed on its release for many reasons – its unremitting darkness, its feeling of being hacked together from a dozen different screenplays – but chiefly because it attempted to show on screen that which had previously been left to the viewer’s imagination, namely the double life of the late Laura Palmer. As David Foster Wallace wrote in an essay penned on the set of Lost Highway in 1995: ‘Laura was no longer “an enigma” or “the password to an inner sanctum of horror”. She embodied, in full view, all the Dark Secrets that on the series had been the stuff of significant glances and delicious whispers.’

Those unanswered questions that may seem the most obvious reason for a third season – Is the good Dale trapped in the Black Lodge? Did Audrey die in the bank vault? – are in fact the kindling that has kept the fire burning at the heart of the Twin Peaks community all these years, providing raw material for fan fiction and speculative essays and furious debate in online forums. The sense at Twin Peaks festivals is hard to describe, but there’s always a feeling not dissimilar to that at a wake: the grateful celebration of a beloved life cut short. In its final conflagration and decent into chaos, each of us witnessed Twin Peaks fall apart before our eyes. It wasn’t easy at the time, but over the years we have learned to love unconditionally even the worst actors, even the most hackneyed characters, even the lamest, most desperately tangential subplots. Twin Peaks fans have individually and collectively put the show back together, carried it within them and nurtured it, allowing it to grow into something without beginning or end, where there are no authorities anymore, only the source material and the individual’s interpretation of it.

I should finish by saying that of course Lynch and Frost have every right as the creators of Twin Peaks to return to the town and reanimate the story; I should also add that I don’t think for a second that they plan to go in there demolishing dreams or scrupulously tying up loose ends. I’m sure the contract with Showtime will have been carefully structured to allow them to flex their creative muscles, to be surreal and sinister without rhyme or reason, to relive the sense on set that Frost once described to me as “the inmates overrunning the town”. I just fear that it’s too late – that Twin Peaks was a moment in time and space that will be endlessly revisited, but never convincingly recreated. The actor Ray Wise, who played Leland Palmer, pre-empted such sentiments in an interview in 2005. “I’ve always felt that Twin Peaks was meant to burn very brightly for a short period of time,” he said. “Almost like a comet. Very hot, very intense, very passionate. And then it burns out and disappears.”

Linkedin
RELATED ARTICLES
OTHER ARTICLES
Tristan O’Neill’s shots of dancers caught in moments of reverie at the height of rave’s golden age are a testament to the UK’s legendary club culture.
A new film from Berghaus traces the story of Adam Raja, who left behind a turbulent upbringing to discover the healing power of climbing.
A new exhibitions brings together the work of photographers who documented the deep unrest of these pivotal decades.
Photographer Becky Tyrell went down to the fading banger and stock raceway to meet a community desperate to keep it alive.
After blocking the Scottish government’s gender recognition reform bill, Westminster is now devising further changes to the law to make it harder for trans people to self-identify.
The action took place in response to the 200 asylum-seeking children who were placed in hotels run by the Home Office who have gone missing.