Art & Culture / Capturing 1980s Belfast at the height of the Troubles 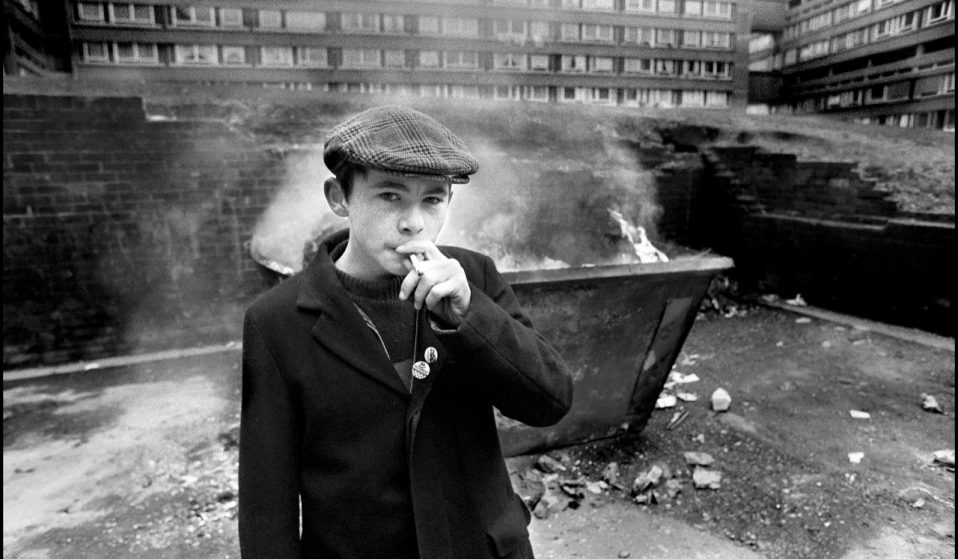 In 1982, photographer Judah Passow spent two weeks in Belfast documenting Divis Flats, which at the time, was deemed the worst public housing in Europe. What he found was a group of residents whose humanity prevailed amid poverty and strife.

The Troubles reached a fever pitch in 1982, as the Irish National Liberation Army (INLA) struck hard, killing more British security forces than ever before. The grievous harm to the innocent was made plain on Thursday, September 16, when the INLA exploded a bomb hidden inside a drain pipe along a balcony in Cullingtree Walk, Divis Tower, Belfast.

Though aimed against a British Army foot patrol, the blast had the unintended effect of killing two local children, Stephen Bennet, 14, and Kevin Valliday, 12, along with soldier Kevin Waller, 20. Three other civilians and one soldier were also injured in the explosion.

It just so happened that earlier that year, Israeli photojournalist Judah Passow spent a couple of weeks documenting Divis Flats for the Observer magazine to create a portrait of a people and a place. These photographs have been published in Divis Flats Belfast 1982 (Café Royal Books). 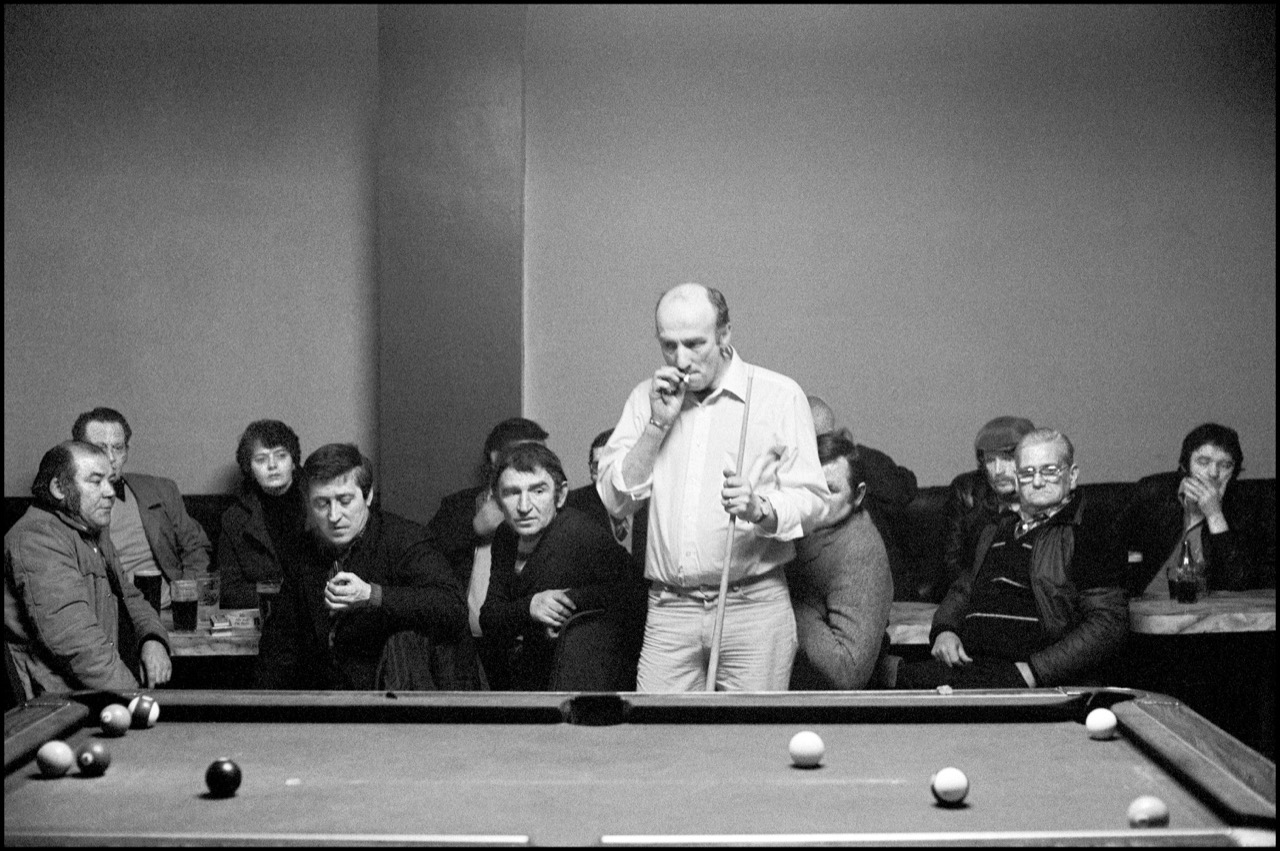 The story came about one Saturday evening in January, when Passow read a report by the European Union that named Divis Flats as the worst public housing in Europe.

Passow, who had been covering the Soviet invasion of Afghanistan, the Israeli invasion of Lebanon, and the Palestinian uprising in Gaza and on the West Bank, came to Divis with an open mind. “I had no particular political or sectarian agenda,” he says.

“I was drawn to Divis by the need to understand why people have a seemingly limitless capacity for inflicting pain on each other. All kinds of pain – physical, emotional, spiritual, psychological. During my time there, I came to see Divis as a sort of metaphor, as a smaller, local version of the larger, disturbing world, as a war zone, as a place of material poverty and social deprivation.” 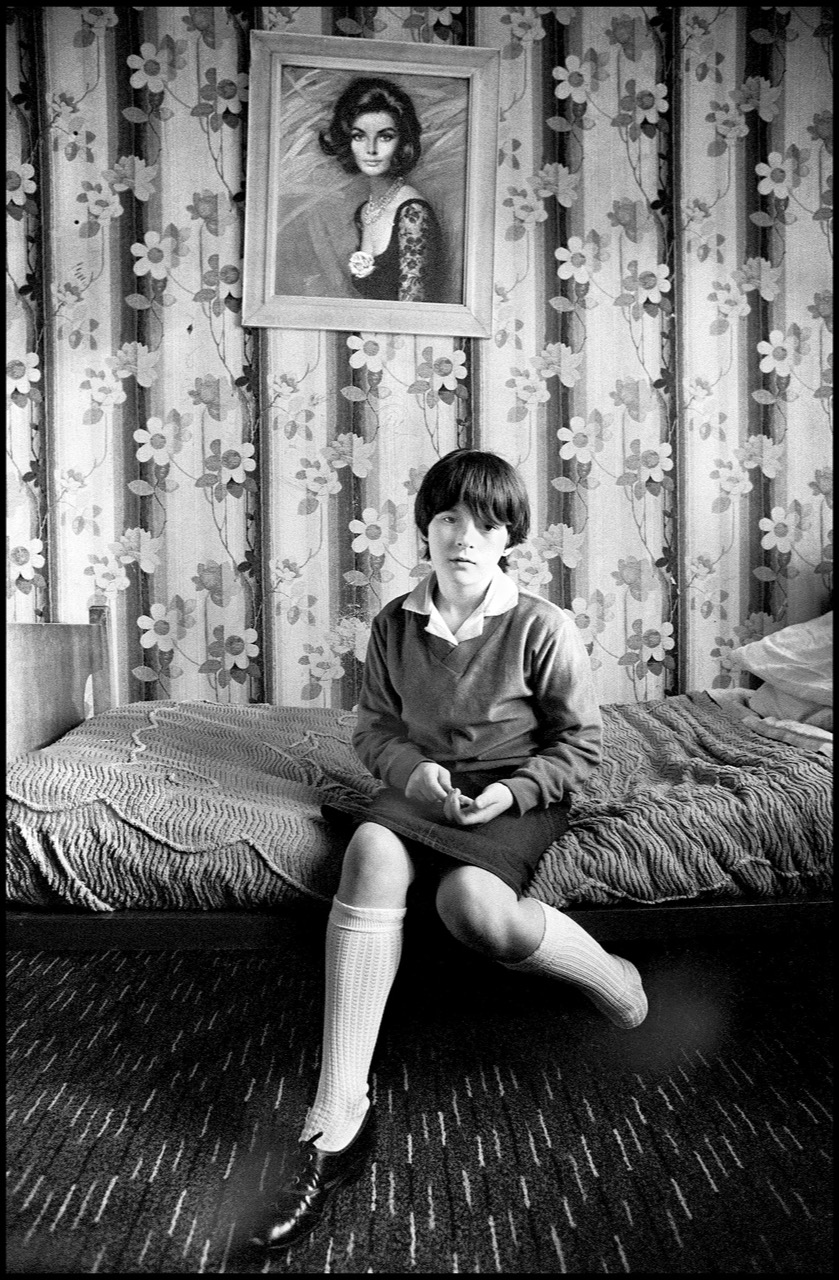 Passow took great care to create mutual empathy and earn the respect of his subjects. “Once that trust has been established, people take you into their confidence and into their lives.”

The photographer learned how residents fought back against a public housing system that only exacerbated their problems. His photographs bear witness to their striving to maintain dignity, sanity, and humanity amidst poverty and strife.

“The biggest problem I faced was trying to show the IRA’s relationship to a story about urban deprivation. I needed to earn enough trust by the paramilitary ranks living in the flats to move beyond the access they gave me to their family life, and on to their role as foot soldiers in a grim political battle,” he says.

“It took a while, but when that moment arrived, I felt that the story would now be able to tell itself with journalistic substance and authority. Taking pictures in these fraught situations demands that a photographer bring passion and commitment to using the camera as a tool for asking uncomfortable questions in the search for truth.” 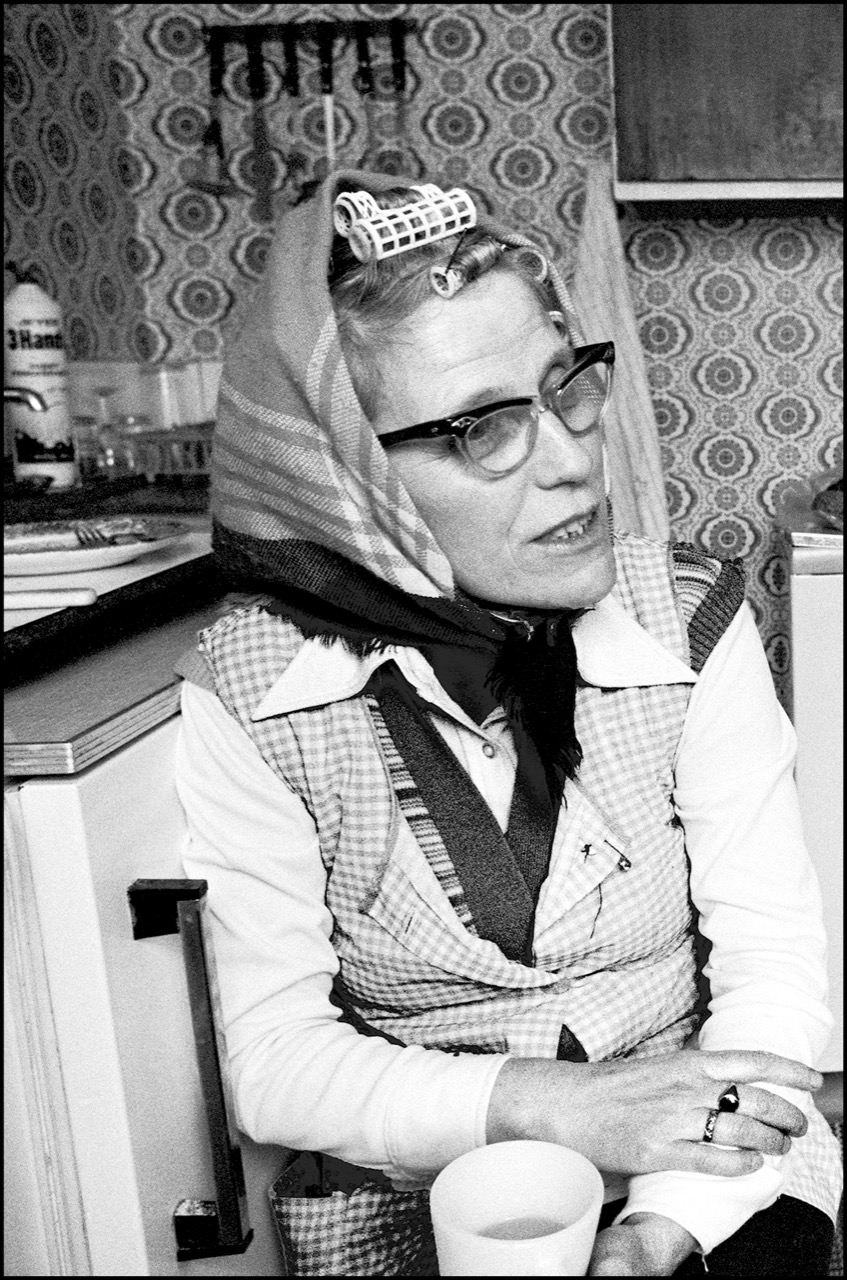 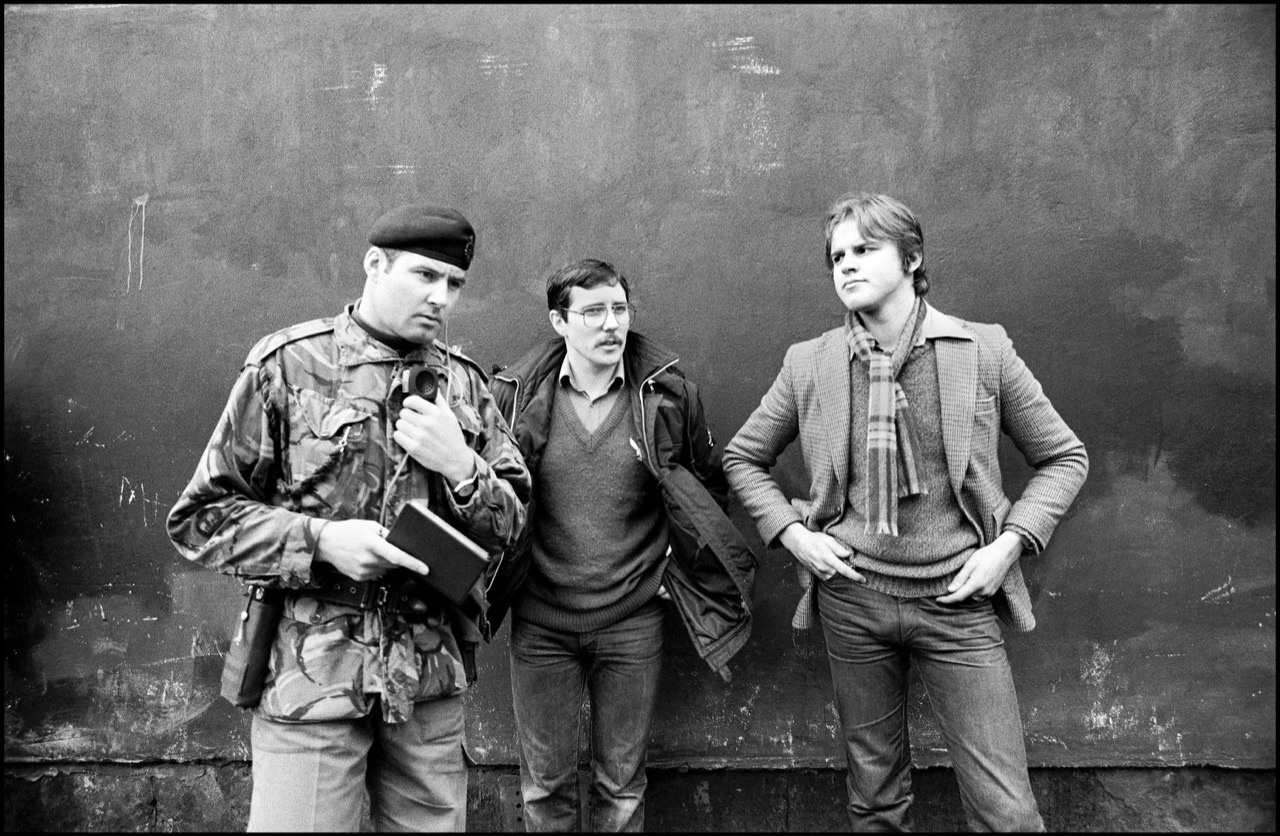 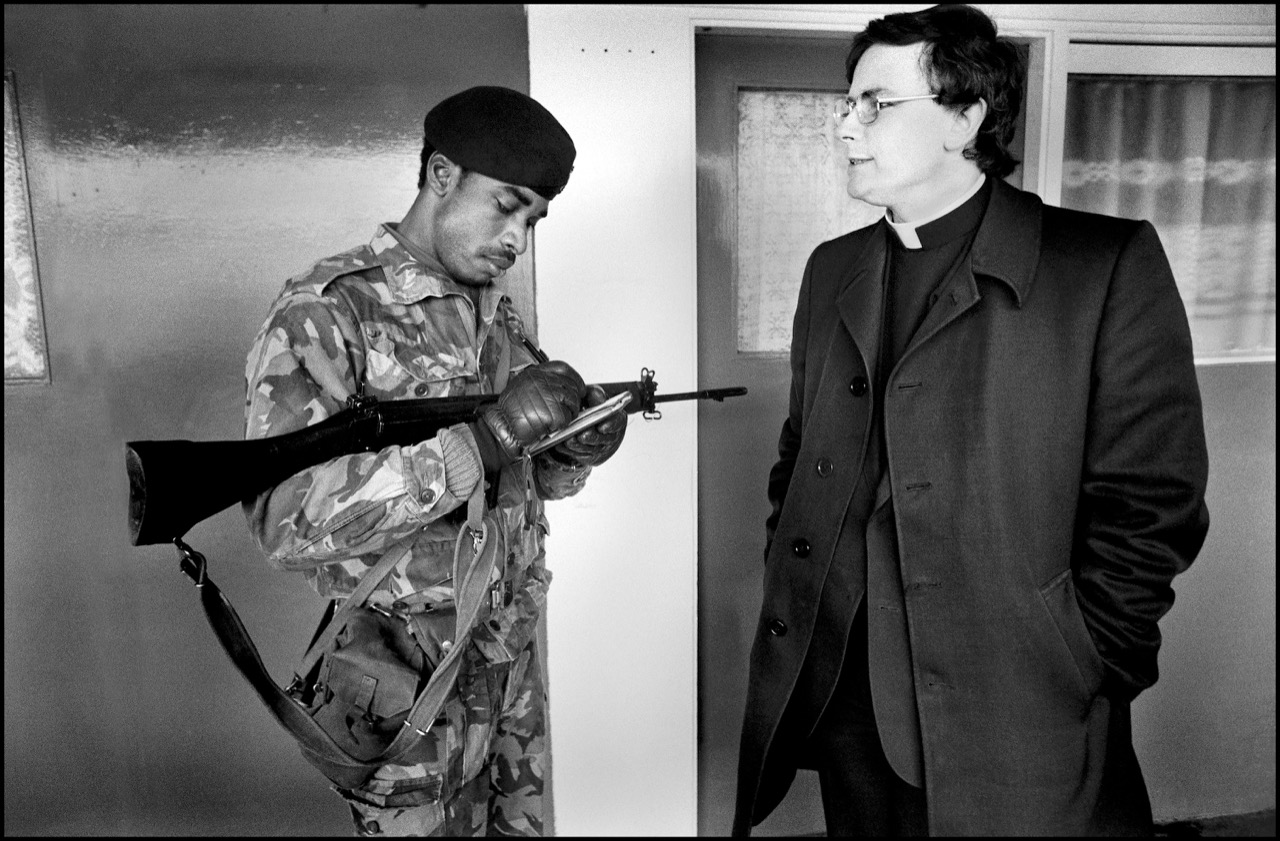 Divis Flats Belfast 1982 is out now on Café Royal Books.

Linkedin
RELATED ARTICLES
OTHER ARTICLES
As the Scottish government announces a rent freeze, an activist with Living Rent who fought and won shares how they did it, and what must come next.
Birdy Chu reflects on documenting the historic moment in which the territory was formally passed back from the UK to China.
A 37-year-old woman shares how her abortion led her to become a clinic worker, and the abuse she’s received in that role.
The idea that a younger generation is abandoning work has become a popular narrative online, but it doesn’t necessarily reflect reality.
In his 2008 series, the photographer pictured himself as Angela Davis, Martin Luther King Jr., Malcolm X, and other prominent figures.
Rogue landlords are exploiting young and inexperienced renters and leaving them in mental and financial turmoil, reports Niall Hignett.