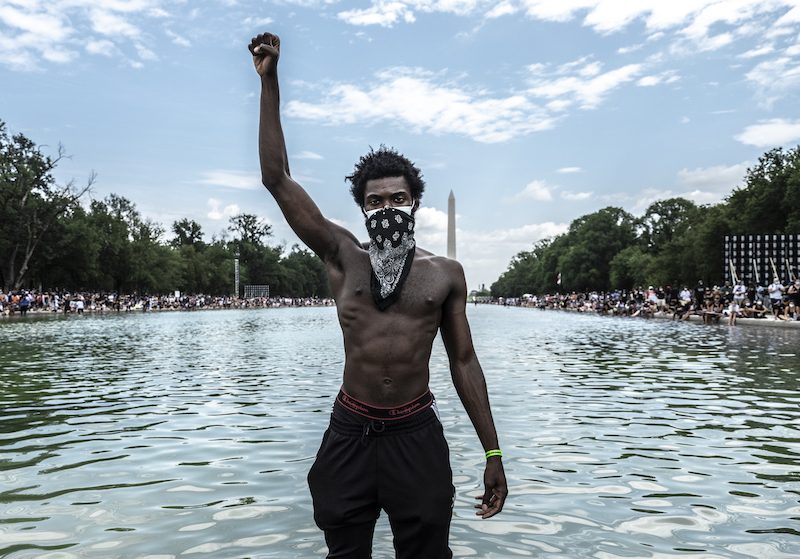 Joshua Rashaad McFadden has worked across genres to explore the impact of racism, masculinity, sexuality and gender on Black Americans.

Over the past decade, photographer Joshua Rashaad McFadden has worked across genres to explore the impact of racism, masculinity, sexuality and gender on Black Americans.

While in his senior year of college in 2012, African-American artist Joshua Rashaad McFadden decided photography would be his career path. “I saw that I had a talent for black-and-white darkroom photography and I was almost obsessed with it,” he says.

“I saw the way people interacted with photographs differently than they do with painting. It was almost like they could relate to it more, and it sparked conversations beyond the formal qualities of the work.” 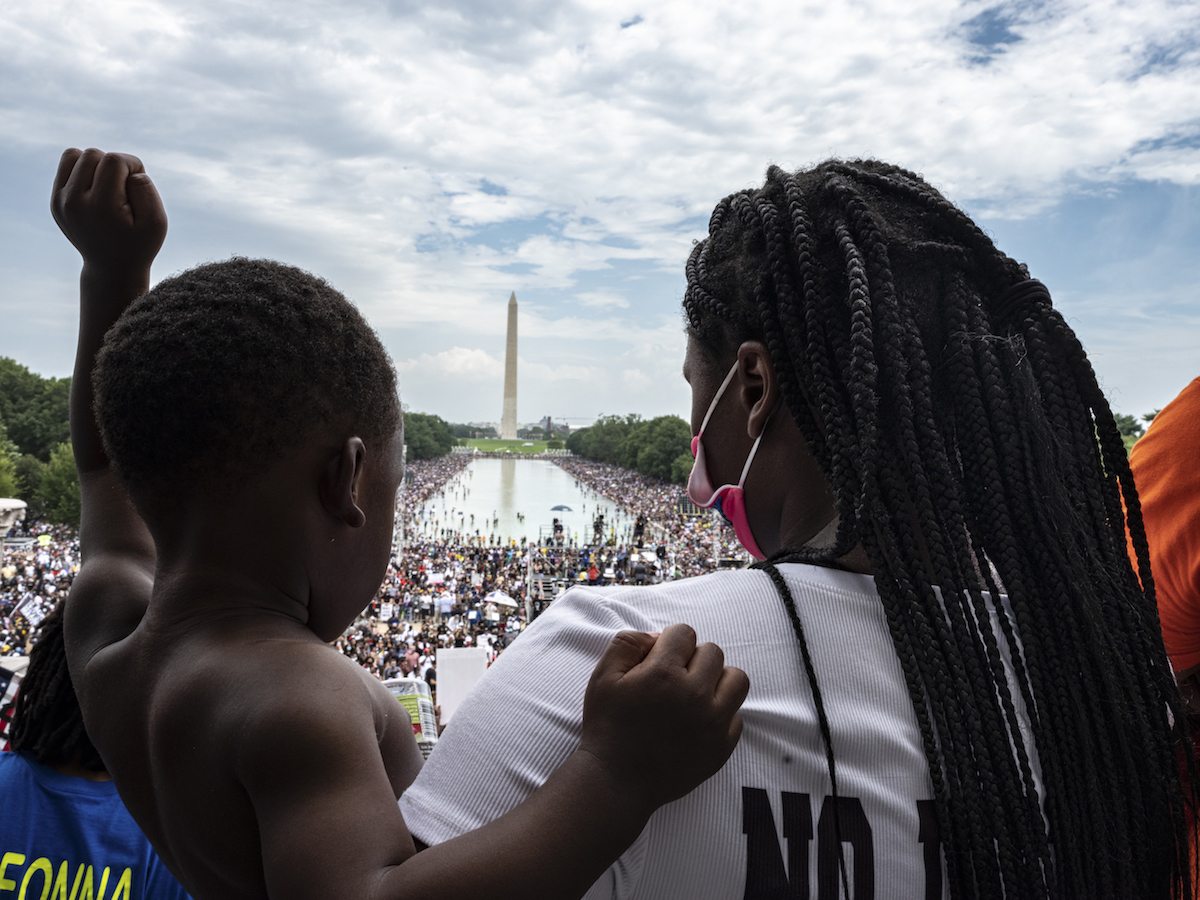 “It’s almost like a full circle moment to see all of the activists who came out of that situation, and all the thing still happening with George Floyd and Breonna Taylor,” says McFadden, who notes a parallel with the trajectory of his work.

Over the past decade, McFadden has worked across genres to explore the impact of racism, masculinity, sexuality, and gender on Black Americans and the nature of Black life liberated from the horrors of oppression.

“Being rigid about genres would have shut me down so early on, I strove to break out of the boundaries,” McFadden says. “The photograph can be used in so many ways. I reach back to my younger self and how I used photography back then. Keeping it simple helped me stay grounded and on track.” 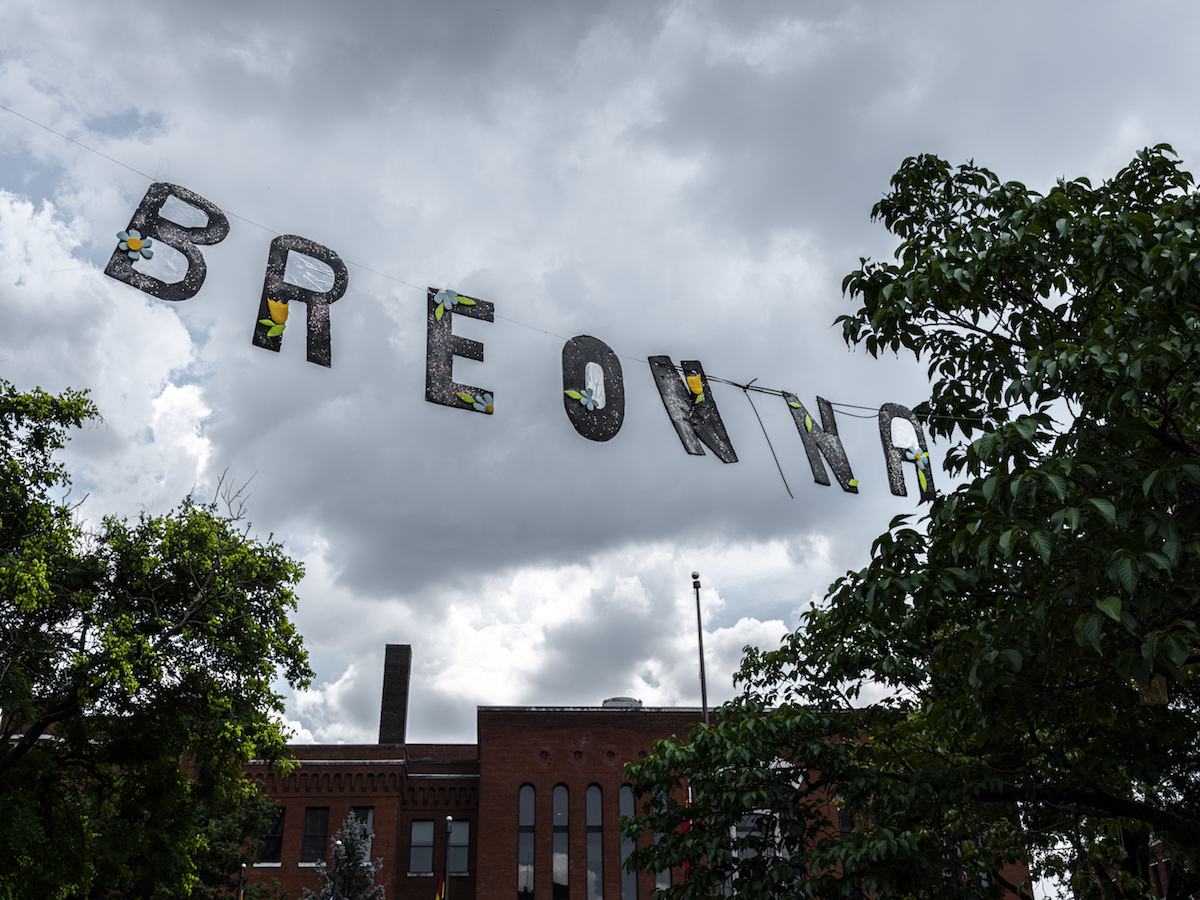 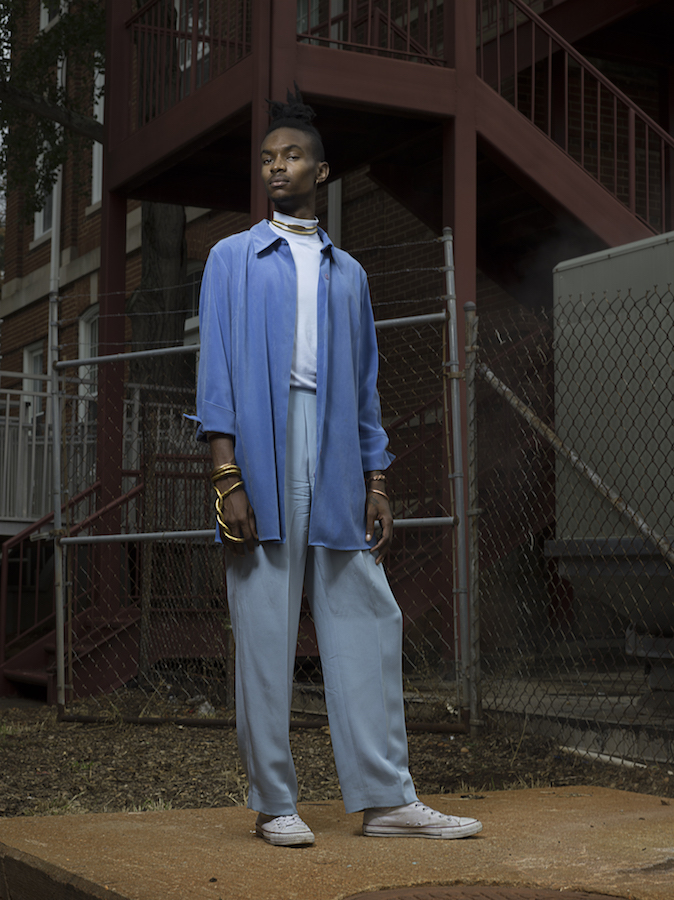 After receiving his MFA from Savannah College of Art and Design, McFadden began working on specific projects to examine each of these issues in depth, creating an extraordinary body of work that has garnered recognition across the industry.

With the new exhibition, I Believe I’ll Run On, McFadden looks back on the past decade of work in series including After Selma (2013), his response to recent incidents of police brutality; Come to Selfhood (2016), which explores Black masculinity and father figures; and Unrest in America (2020), which documents the nationwide uprising following the police killing of George Floyd. 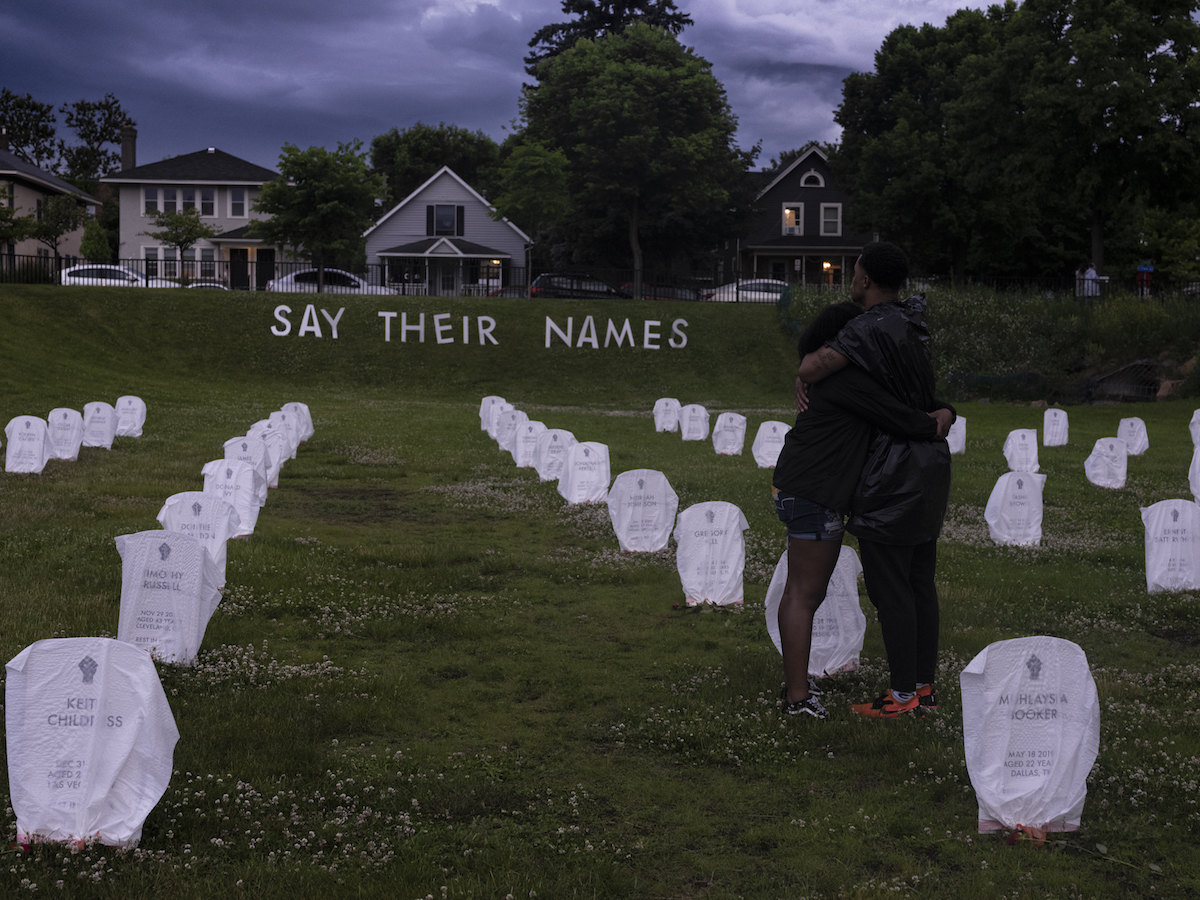 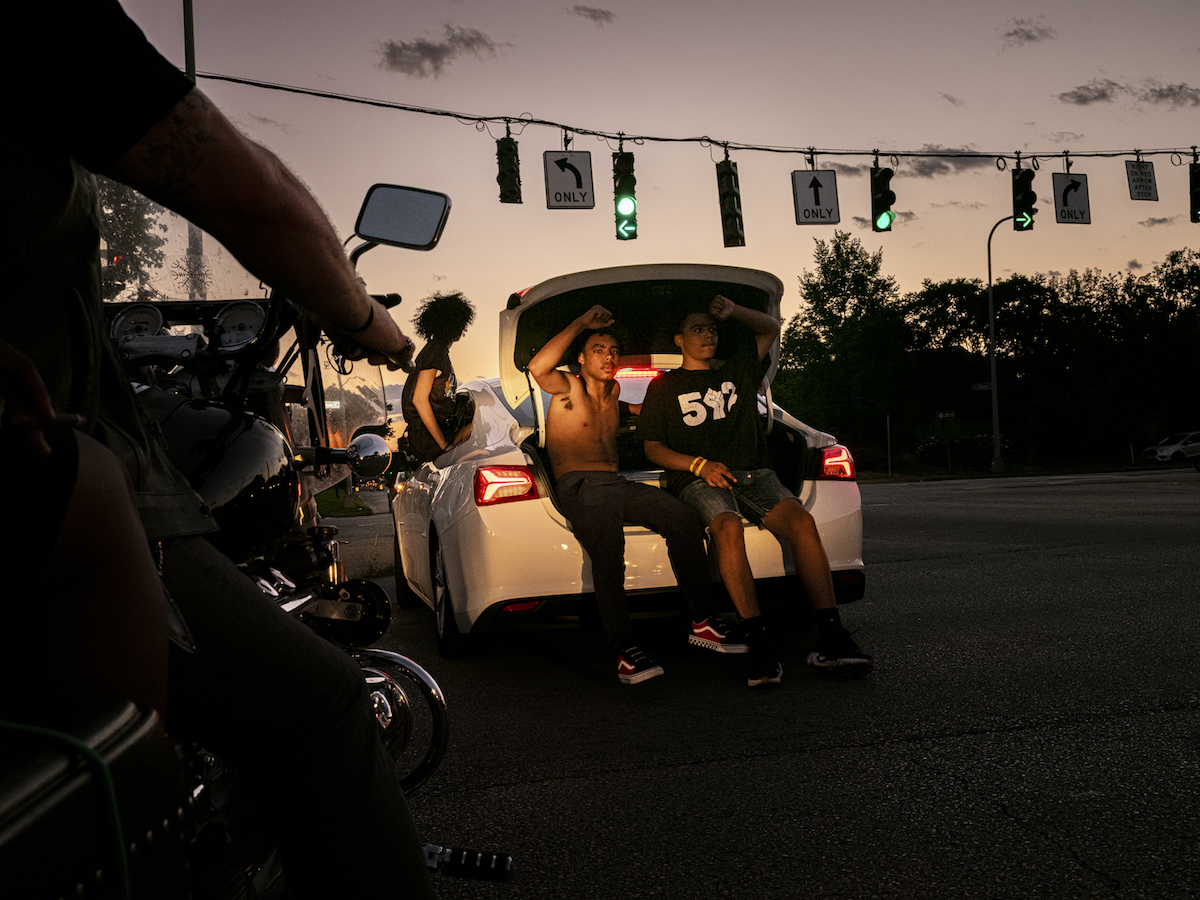 Louisville in Protest, 2020, from Unrest in America: Breonna Taylor

“Roy DeCarava is one of my favourite photographers because his inspired me to look at the darkness of the work and not be afraid of rich shadows and dark skin tones,” says McFadden, who felt an immediate connection with De Carava’s groundbreaking books, The Sweet Flypaper of Life and The Sound I Saw.

“My work has those dark tones and sometimes editors will say, ‘That needs to be a bit brighter. You need to open that up.’ But I constantly went against that because some moments are dark but there’s always a little but of light within that darkness. Why not capture the truth of that moment?” 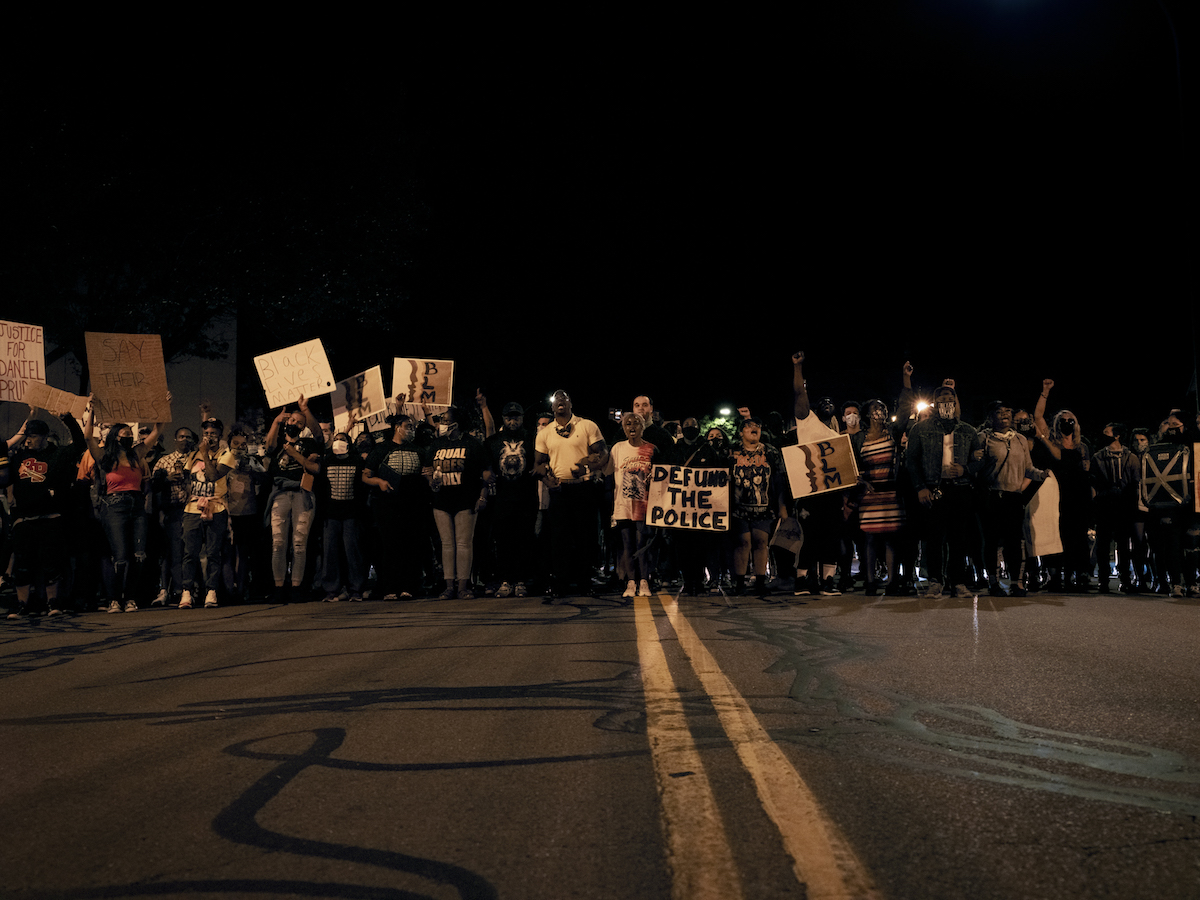 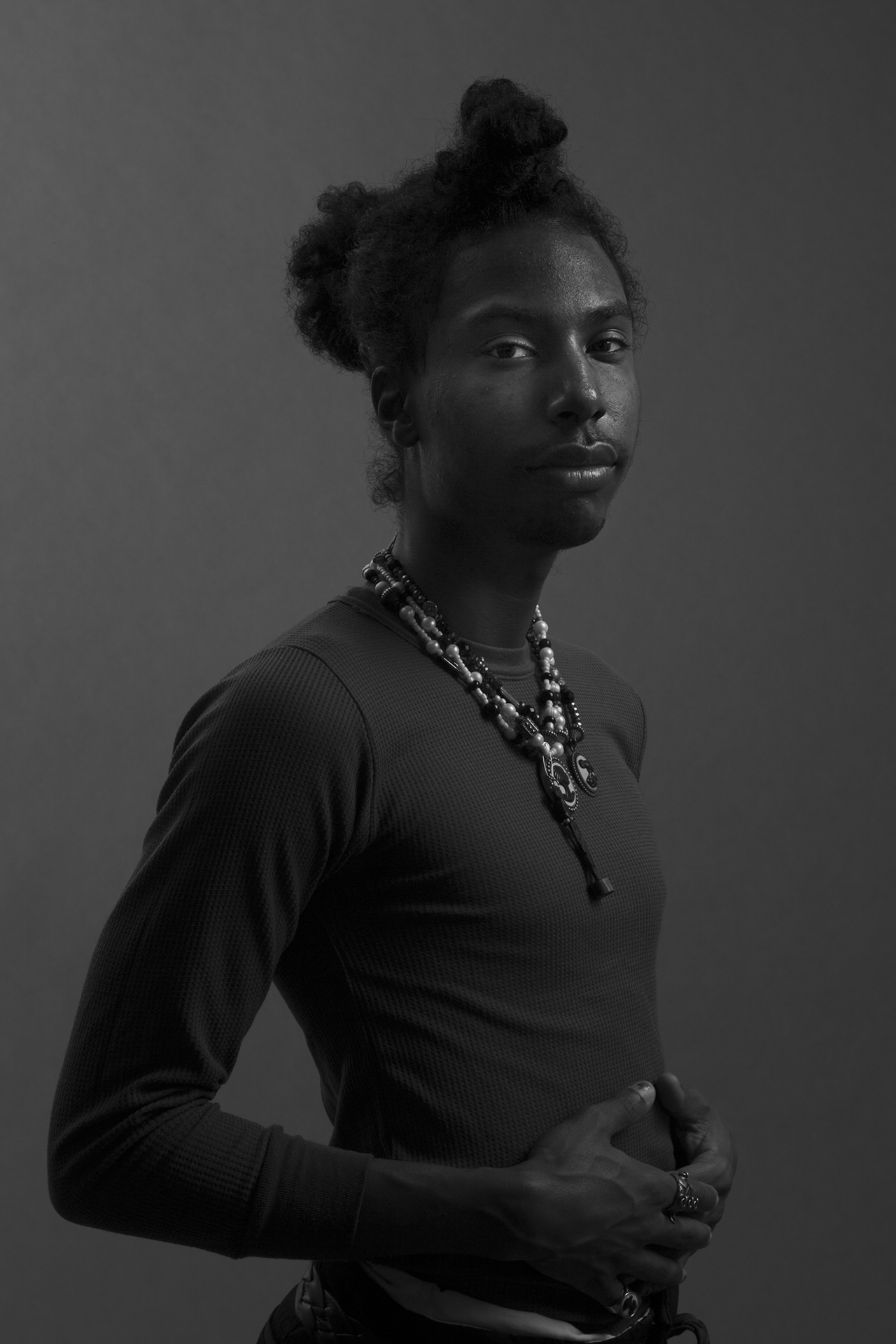 Joshua Rashaad McFadden: I Believe I’ll Run On is on view at George Eastman Museum in Rochester, New York, through June 19, 2022.

Linkedin
RELATED ARTICLES
OTHER ARTICLES
Photojournalist Fiora Garenzi spoke with people still living in Eastern Ukraine, an area which seen some of the heaviest fighting since the war began.
Steel City is often overlooked when it comes to the country's cultural radar despite its role in shaping electronic music.
With the UK now set to run out of vaccines, people working in the sex industry – particularly outside of major cities – have been left especially vulnerable, reports Brit Dawson.
In the latest instalment of Photographers in Conversation, the creator talks portraiture, platforms and taking inspiration from Little Simz.
As the Criminal Bar Association enters its fifth week of action, criminal barrister Russel Fraser explains why the legal professionals have walked out and how action is likely to escalate.
From the chip shops, to the bingo parlors and burlesque dancers, photographer Mike Coles remembers capturing scenes of holidaymakers by the English coast.