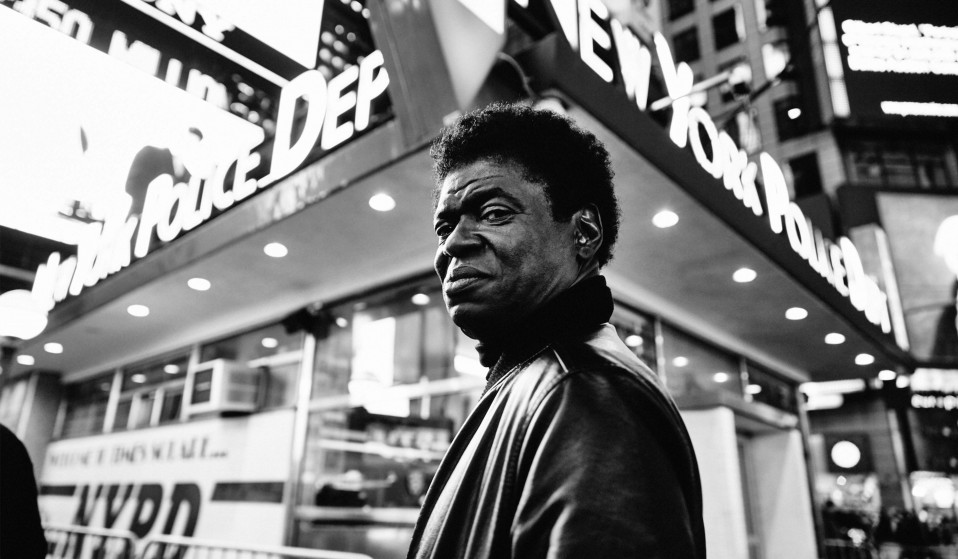 Charles Bradley has lived a life of suffering and pain but, at 67, he’s still sharing the hard-won lessons he picked up along the way.

Charles Bradley has lived a life of suffering and pain but, at 67, he’s still sharing the hard-won lessons he picked up along the way.

“I’ve been on my own since I was 14 years old,” Charles Bradley explains. “I’ve lived on the streets. I’ve been through it all, so what I have now, I’m not trying to hold on to what I got.”

Bradley’s story is the stuff of music lore. Abandoned by his mother at eight months, he was raised by his grandmother in Gainesville, Florida. Later, his mother reconnected and took him to Brooklyn, New York before he finally ran away from his squalid basement bedroom at 14. Functionally illiterate, the next five decades saw him working all types of jobs across the country to scrape a living, nearly dying of an allergic reaction to penicillin and losing his brother to a shooting.

Bearing an uncanny resemblance to James Brown, he began performing as tribute act Black Velvet at small music clubs to get by. Years later he was discovered by Daptone Records and came out of the shadow of his idol to channel his immense suffering and pain into the smash debut album No Time for Dreaming in 2011, at the ripe old age of 62. His story became the cult music documentary Soul of America in 2012. 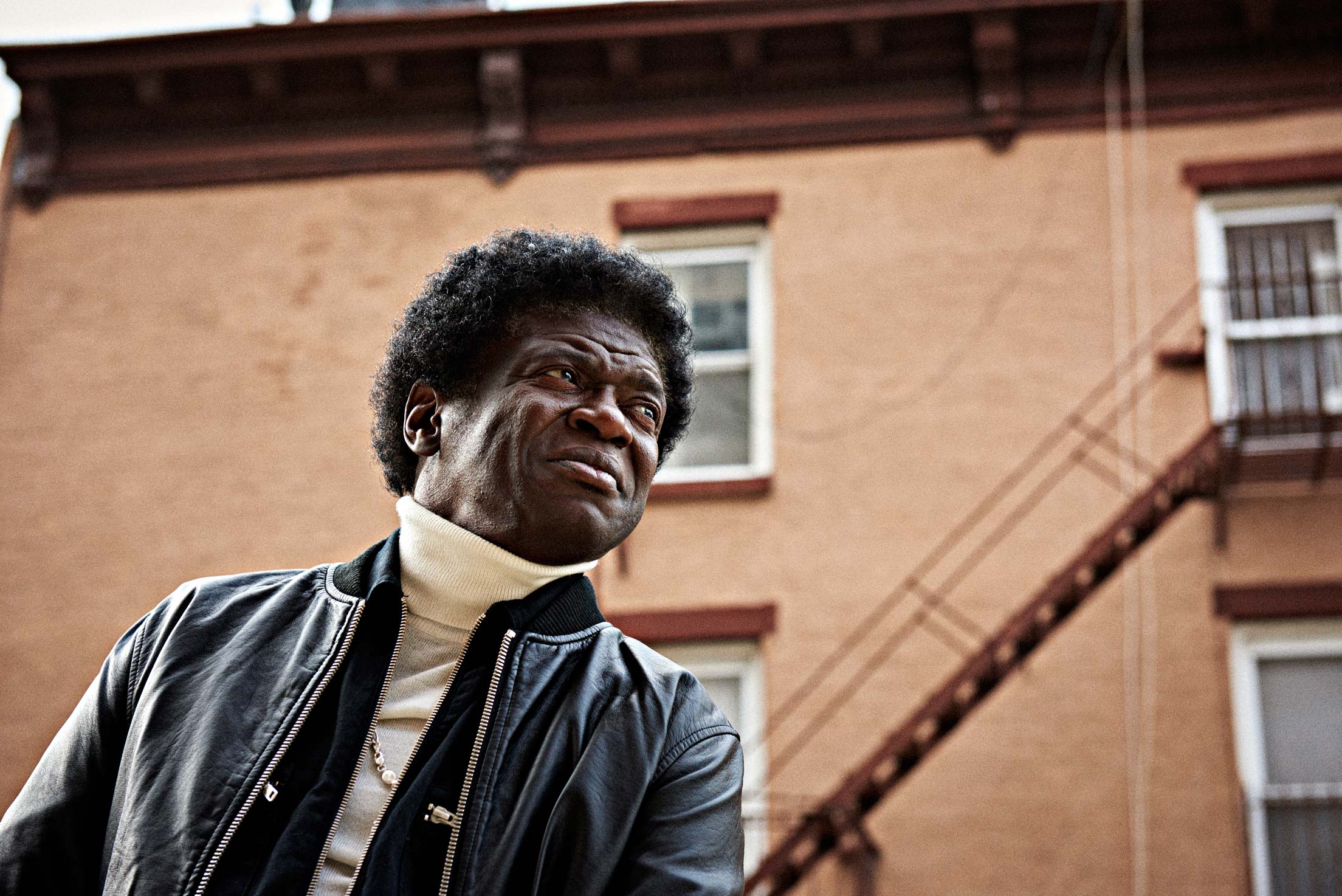 Despite finding widespread appreciation for his music, Bradley is still trying to find comfort and stability. “Sometimes I feel like I’ll be doing music for the rest of my life,” he explains. “Sometimes I just want to run and hide. When I get so much back influence from peoples, anger and jealousy, that’s one thing I cannot stand. I get that sometimes from my own family. They see me still at my age fighting for a dream.”

In 1996, Bradley’s mother reconnected with him and asked him to move back to Brooklyn so they could get to know one another. Despite their complex relationship, he devoted his life to her, giving up his autonomy and sacrificing everything to support her through old age.

But Bradley was thrown into disarray once more when she died while he recorded a cover version of Black Sabbath’s ‘Changes’, which became the title track of his newly released third album.

“I was downstairs sleeping and my niece called me upstairs and said, ‘Charles come upstairs, Nana’s not breathing’,” he remembers. “I saw her still alive a little bit. Her eyes were just kind of moving and I saw them the moment they stopped. I was in the process of singing, so that’s why I tell everybody the last verse of the Sabbath song really touched by heart. When they say, ‘It took so long to realise/I can still hear her last goodbyes/Now all my days are filled with tears/Wish I could go back and change these years.”

The raw emotion Bradley channels through through the song makes it his own and the video where he stares directly at the camera throughout is one of the most powerful things you’ll see. Live, it never fails to leave audiences breathless. “When I sing that song on tour, that’s a blessing that I’m going to give everybody from the depths of my soul,” he explains. “If you’ve got a mother and there’s space between you, you need to mend it fast because once she close her eyes on you, you can never buy that time back.”

After the death of the woman he built his life around, Bradley is even more committed to sharing the hard-won lessons picked up on his journey. “I love to reach out to people, give them something to help them in their life to be a better person,” he explains. But he’s still grappling with making the life he wants and finding someone to share his heart with. “I know now I ain’t gonna have no kids; I know I’ll never get married,” he says. “I don’t know if I can really go through it now. Because of all the hardships I’ve been through. Can I really love someone that deep? There’s a lot of things inside of me, I question myself, when people are coming towards me.” 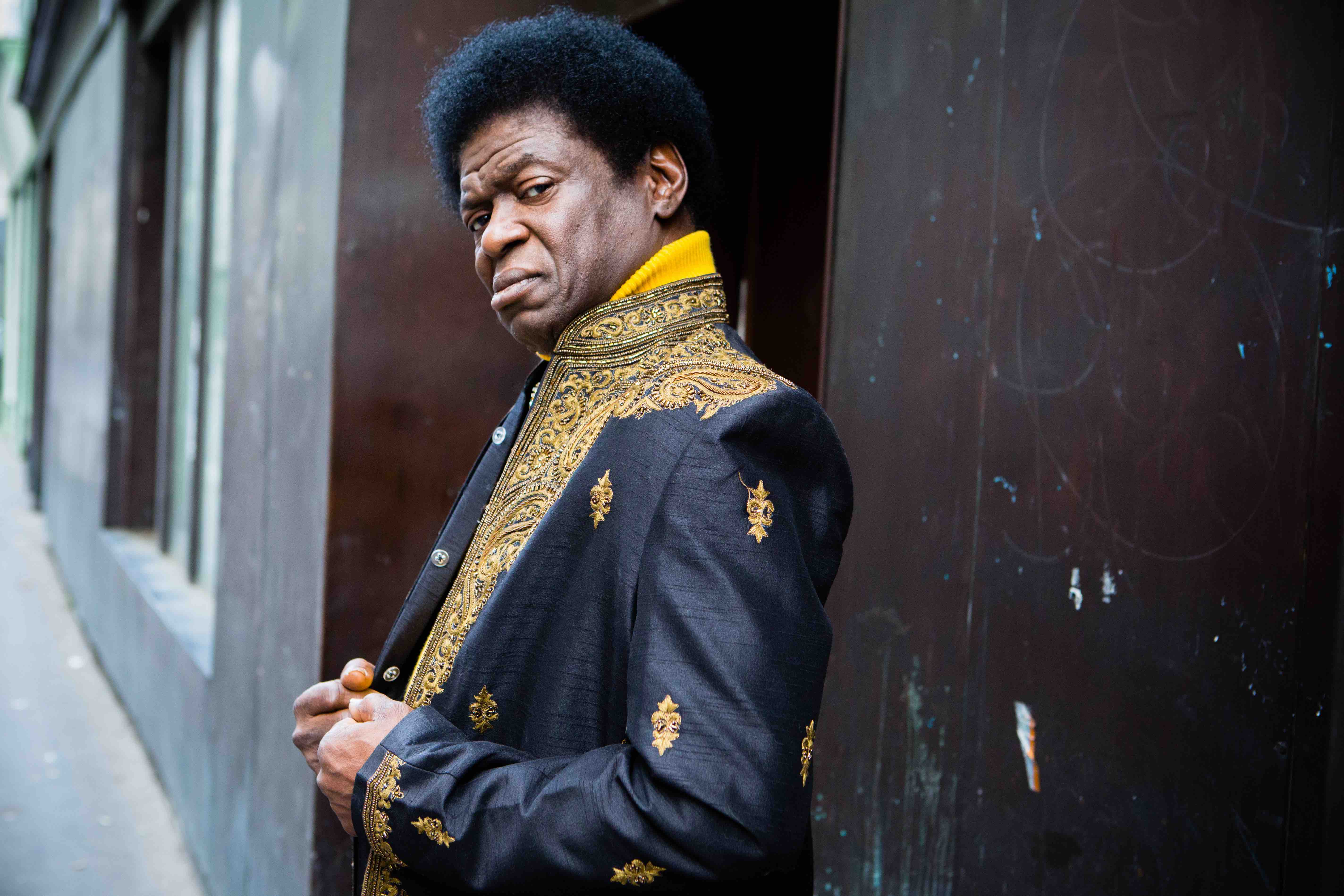 Bradley knows what he’s searching for – but feels his time is running out. “Do you know the two meanings of lust and love?,” he asks. “Wanting to have lust, some people jump into bed with everybody because they’re searching for that one thing, that real love. But they don’t know how to find it. They get the feeling, it feels good and it’s gone. And once it’s gone, it’s gone. And then you’re with someone you wanna be with, after you finish, you just want to lay there and know this person’s loving me. That’s the love that I’m looking for, and can’t find. Time is getting near but I know God hear my cry.”

Charles Bradley’s Changes is out now on Daptone.

Linkedin
OTHER ARTICLES
David 'Dee' Delgado’s photo project is about honouring and uplifting the city of his youth, and a world rapidly disappearing under the relentless onslaught of gentrification.
Tristan O’Neill’s shots of dancers caught in moments of reverie at the height of rave’s golden age are a testament to the UK’s legendary club culture.
At his West Bank restaurant, Fadi Kattan established himself as the voice of modern Palestinian cuisine. Now, he’s bringing his innovative, bold flavours to the UK’s capital.
Since 2007, Gideon Mendel has made 20 trips to document floods in 13 countries. The result is an alarming record of what has already been lost to the climate emergency.
After blocking the Scottish government’s gender recognition reform bill, Westminster is now devising further changes to the law to make it harder for trans people to self-identify.
AI companies that develop image-generators using copyrighted artwork from the internet are coming under fire from artists who say that it amounts to theft.