Art & Culture / Charlie Brooker: “Once you’ve f**ked a pig on the telly, you’ve shifted the bar for what’s acceptable” 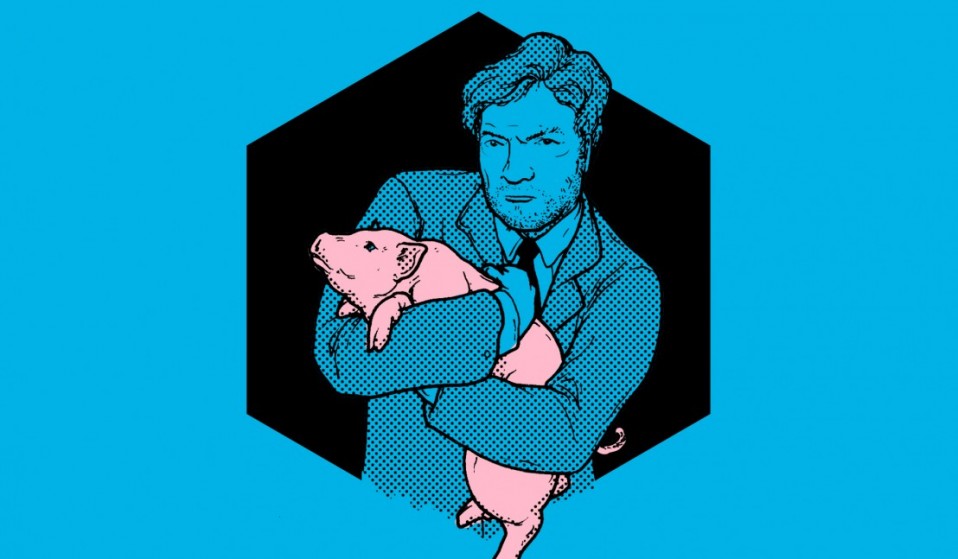 The Black Mirror writer discusses the show’s switch to Netflix, and why he loves torturing his characters.

The Black Mirror writer discusses the show’s switch to Netflix, and why he loves torturing his characters.

Depending on which way you look at it, Charlie Brooker’s satirical series Black Mirror has raised the bar – or dramatically lowered it.

Watching a fictional British Prime Minister forced to have sex with a pig on live TV couldn’t’ have been any more outrageous – until our very real David Cameron was alleged to have indulged in his own slice of pork-loving during his studies at Oxford University.

Love it or hate it, Black Mirror is outrageous and prescient in equal measure. Ahead of the new series’ move from Channel 4 to Netflix, Huck’s sister magazine Little White Lies caught up with Brooker to discusses the opportunities of working on Netflix’s international canvas, the benefits of writing standing up (and with a PlayStation in the house), and how he loves stories with horrible, bleak endings.

Here are a few selected nuggets of gold, but you can read the full interview over at Little White Lies.

When you sat down to plan out these new episodes, what does that bigger canvas give you, creatively?
The main thing is, there’s a slight more variety of tone. So it’s not always a bleak-fest, because that would get very predictable. We’ve already done seven episodes with a really horrible ending. And we kind of approached it like we were doing different genre movies. So ‘San Junipero’ is like a coming of age drama, a romance, a John Hughes movie, and then you’ve got ‘Nosedive’, which is more of a social satire, and then you’ve got ‘Playtest’, which is like Evil Dead 2. It’s a really idiosyncratic and odd show, because they’re all so different from each other, but they’re all under the same banner. In our wanky way, we thought ‘It’s like we’re curating a film festival’.

Your writing voice has always been so well-defined, both in your TV writing and your prose. Does writing come easily to you?
No, it’s always been like fucking pulling teeth. I hate writing. I love having written, but I hate writing. When I was writing weekly columns for the paper, I found that increasingly more and more difficult. So I stopped doing it. And then, not that long ago, the New Yorker asked me to write a piece, and I was like ‘Oh, it’s the New Yorker – well, I’ve got to do that!’ And it was a nightmare, because I hadn’t written an article, or a column, in like a year. I’d forgotten how to do it, it was so difficult.

What do you think is the unifying tone of Black Mirror? It’s not quite cautionary. Maybe speculative?
Yeah, it’s speculative. I don’t think of the show as cautionary tales. I think for a cautionary tale, it has to supply a solution for the problems. And I never know what the solution to anything is. I’m just a worrier. So when we have bleak stories, it’s just me worrying out loud in a story. Sometimes I do enjoy just tormenting the characters, because those are the sort of stories I enjoyed watching when I was a kid, like The Twilight Zone, or Threads. Or a short Spanish film from the ’70s called La Cabina. It’s on YouTube – I won’t tell you what happens in it. I don’t know, I’ve always been attracted to doing really horrible, bleak stuff, so it’s a good exercise to see if I could write stories that weren’t that, but still make them Black Mirror stories.

Read the full interview over at Little White Lies.

Linkedin
OTHER ARTICLES
Ahead of the release of his new album, the producer reflects on his battle with drug use, getting into painting and what Madonna taught him.
With the UK now set to run out of vaccines, people working in the sex industry – particularly outside of major cities – have been left especially vulnerable, reports Brit Dawson.
A new series of photos by Johny Pitts shines a light on communities and subcultures that have all too often been overlooked.
Students are being left to languish in unsafe housing, in some cases leading to serious health complications.
Photographer Anne-Marie Michel captures the women who through determination and strength are forging their own way in a male-dominated industry.
To mark the premiere of his new documentary on surfing giant Gerry Lopez, the filmmaker and former pro skateboarder sits down to share his unique brand of wisdom.