Art & Culture / The Chinese photographers causing a stir in 2016

China’s pre-eminent photography fair is back this September to recognise and savour local and international artists, side by side.

China’s pre-eminent photography fair is back this September to recognise and savour local and international artists, side by side. These are the emerging talents that should be top of your get-to-know list.

It’s no secret that China’s art market has experienced a boom in recent years, thanks in no small part to household names like Ai Wei Wei. But in the photography world, a new generation of talent is emerging and creating a statement of its own.

Ever since China opened up and globalised its market, photography has slowly developed into an instrument through which artists could reflect their socio-political anxieties. For decades, the nation’s artists became known for their signature black-and-white aesthetic and ability to focus wholeheartedly on issues that matter on a local level.

Following the upheaval of the post-Mao movement in the late 1970’s, artists such as Birdhead, Yang Fudong and RongRong have been dominating the scene, leading the way for new photographers to express their hopes and concerns. Now, a new generation of photographers, led by the likes of Wang Youshen and Ren Hang, are embracing colour and maverick techniques to reflect shifts in contemporary Chinese society.

Leading the conversation in mainland China is PHOTOFAIRS | Shanghai 2016, a new platform for worldwide artists to exhibit their work. Now in its third year the fair, running from 9- 11 September, will explore Asia’s history of photography and project its evolving contemporary work onto the eager lens of the continent’s new art market.

Around 50,000 people are expected to experience the fair’s eclectic line-up, curated from 24 cities. Spanning 50 gallery spaces, the work ranges from emerging and established photography to multi-disciplinary projects that engage with moving images. Pieces from icons such as Robert Mapplethorpe, Elliot Erwitt, Wim Wenders and August Sander will hang side-by-side with local, experimental work from the likes of Mona Kuhn and Shen Wei to create a much-needed international dialogue.

Here, Artistic Director Alexander Montague-Sparey has handpicked ‘the ones to watch’ from this year’s fair, whether you make it to Shanghai or not.

Born and raised in Shanghai, China, Shen Wei is a visual artist based in New York City.  He is known for his intimate portraits of others and himself, as well as his poetic landscape and still-life photography.  He also works on video, performance, and mixed-media art.

JinHee Kim was born in Busan, Korea in 1985. Her work intricately turns landscape photography on its head by using elegant weaving techniques to embellish her photographs and give them a third dimension. 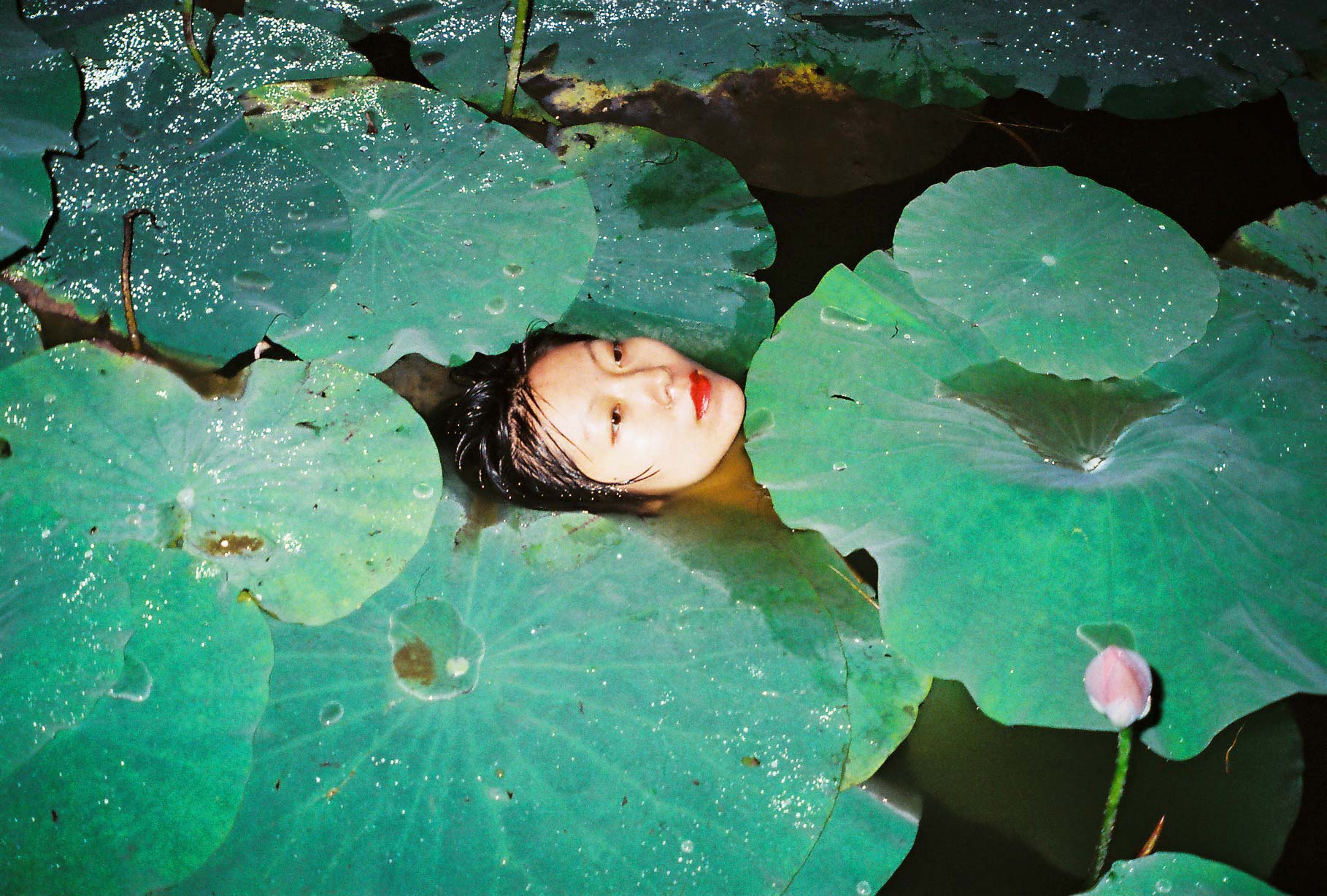 Since 2006 Ester Vonplon has produced a series of photographs which appear to come from a different period and are singular in that they efface beings, places, and objects behind accidents, imperfections, using effects such as differing grains, soft focusing, monochromatic veils, and sharp contrasts. Ester Vonplon’s photographs are infused with a deep, subdued melancholy. The artist privileges the highly charged atmospheres conveyed by pictures of rain, snow, and fog. She is sensitive to a mysterious, primitive quality which she finds in nature. Yet she is not in search of a paradise lost. In her work nature is austere and at times threatening, imposing itself on a humanity evoked by ghostly silhouettes and fragile traces.

Wang Youshen’s art is characterized by a focus on the influence mass media exerts on our thoughts, emotions, and actions. In his photograph-based images, Wang Youshen uses selected press images alongside private photos as the basis of his investigation into the various functions and values of images as well as their truth content and modes of employment. Having worked as a magazine editor, Wang Youshen is particularly concerned about the power of print imagery. This is directly reflected in his work “Newspaper” (1993), where he uses newspaper as raw material, both covering entire walls and printing them directly onto fabric for clothing. In a similar project called “Newspaper Advertising” (1993), he covered a Chinese wall with newspaper. By reusing the printed media in an entirely new context, Wang Youshen subverts and questions its original meaning.

Since graduating from the Luxun Fine Arts Academy, Wang Ningde’s artistic practice has consistently set out to explore the core fundamental elements of photography: light, paper, materials, image and the nature of “writing with light”. In ‘FORM OF LIGHT’ Wang Ningde goes a step further to deconstruct the original image form and representation to later reconstruct it for the viewer as an abstract and inverted photographic mirage.

Linkedin
RELATED ARTICLES
OTHER ARTICLES
A 37-year-old woman shares how her abortion led her to become a clinic worker, and the abuse she’s received in that role.
Photographer David Corio’s archive offers a glimpse inside a revolutionary era of music and nightlife.
Financial turmoil is pushing people who work in the sex industry into more dangerous and desperate situations as a means of survival.
Ahead of the release of their first collaborative album, the producer and rapper talk psychedelics and the state of UK hip hop.
The workforce is now gearing up for industrial action after receiving a measly pay rise, reports Ella Glover.
Sean Maung’s photos are a love letter to the Black and brown communities that make up New York.