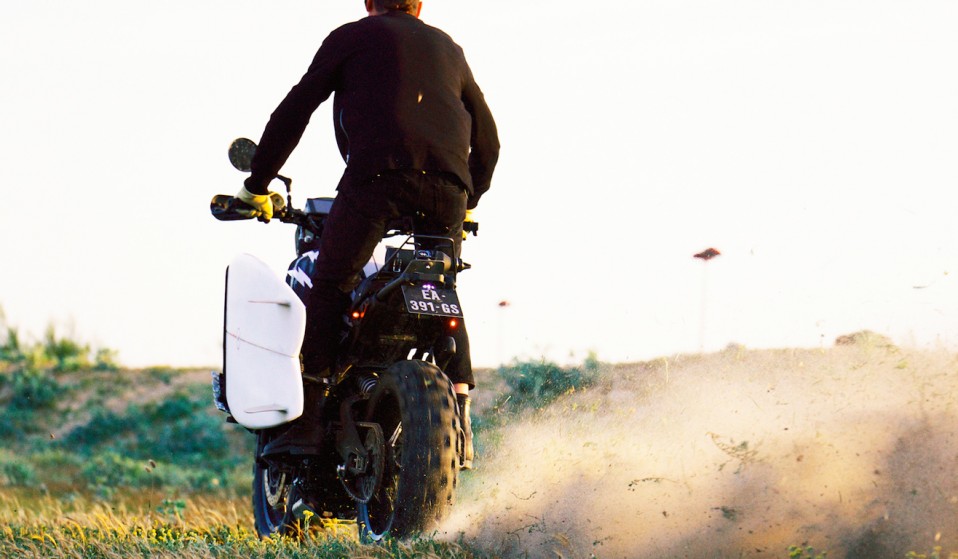 After opting against medical school and turning his back on convention, surfboard shaper Chris Christenson dedicated himself to a path of creative restlessness.

After opting against medical school and turning his back on convention, surfboard shaper Chris Christenson dedicated himself to a path of creative restlessness.

Chris Christenson’s route in life came down to one decision.

The Californian had been ready to follow his friends into pre-med and become a doctor when another passion started to tug at him: surfboard shaping.

“It was a case of, ‘Do I go to school for four more years or do I do this shit?’” he says, breaking into laughter. “I decided to keep shapin’.” 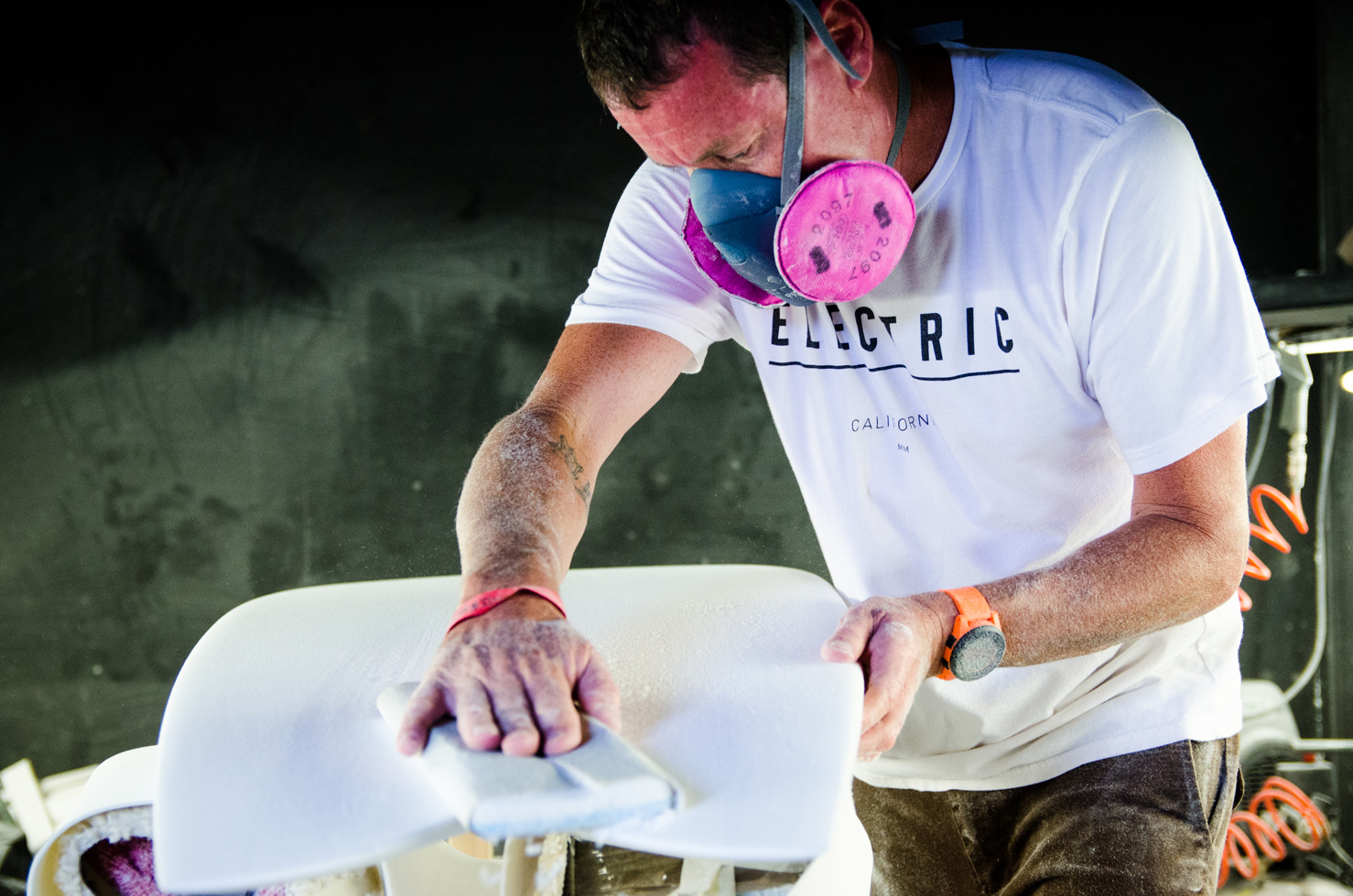 Growing up in Long Beach, Chris had a Hawaiian neighbour who would build surfboards in his garage. It was just a small operation – a labour of love squeezed into spare time – but Chris would be transfixed.

He’d sit there on his little bike, propped up by training wheels, and just watch the boards being finessed into existence.

By the time he was in high-school, Chris asked to borrow his neighbour’s tools so he could try building his own.

“That’s how I got the bug,” he says. “I used to do [surf ] contests back then, so I competed on my own boards. Then my friends started using them. And then their friends. By my sophomore year in university, I had a full-on business going.” 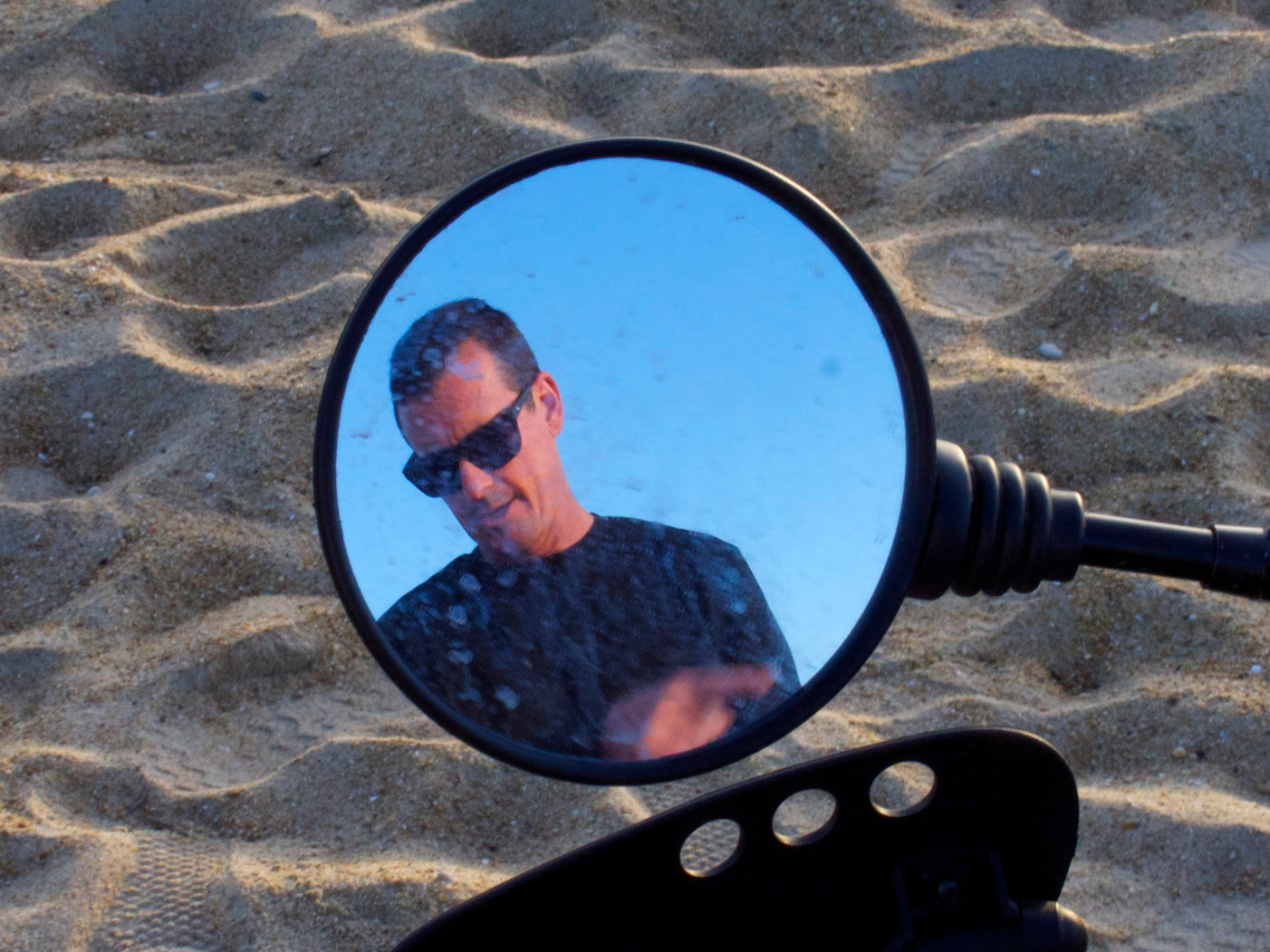 Nearly 25 years later, Chris has shaped over 22,000 surfboards from his base in San Diego, customising styles for elite figures such as Greg Long and Brad Gerlach.

The ones he crafts for the public are all about inspiring fun in the water. But building boards for international competition can be as detail-orientated as making parachutes for a living, he says. There’s no margin for error.

“You’re kind of taking someone’s life into your hands. But I enjoy that part of it. I always liken it to a high-level athlete where you’ve got to perform in the last few seconds of a game. Whereas others might be nervous and make mistakes, I’m the one saying, ‘Gimme the ball.’ That’s a good place to be.”

Chris considers himself one of the lucky ones. Sticking to the same values has helped cultivate a loyal customer base while allowing him to stand apart in an era of mass-produced boards. 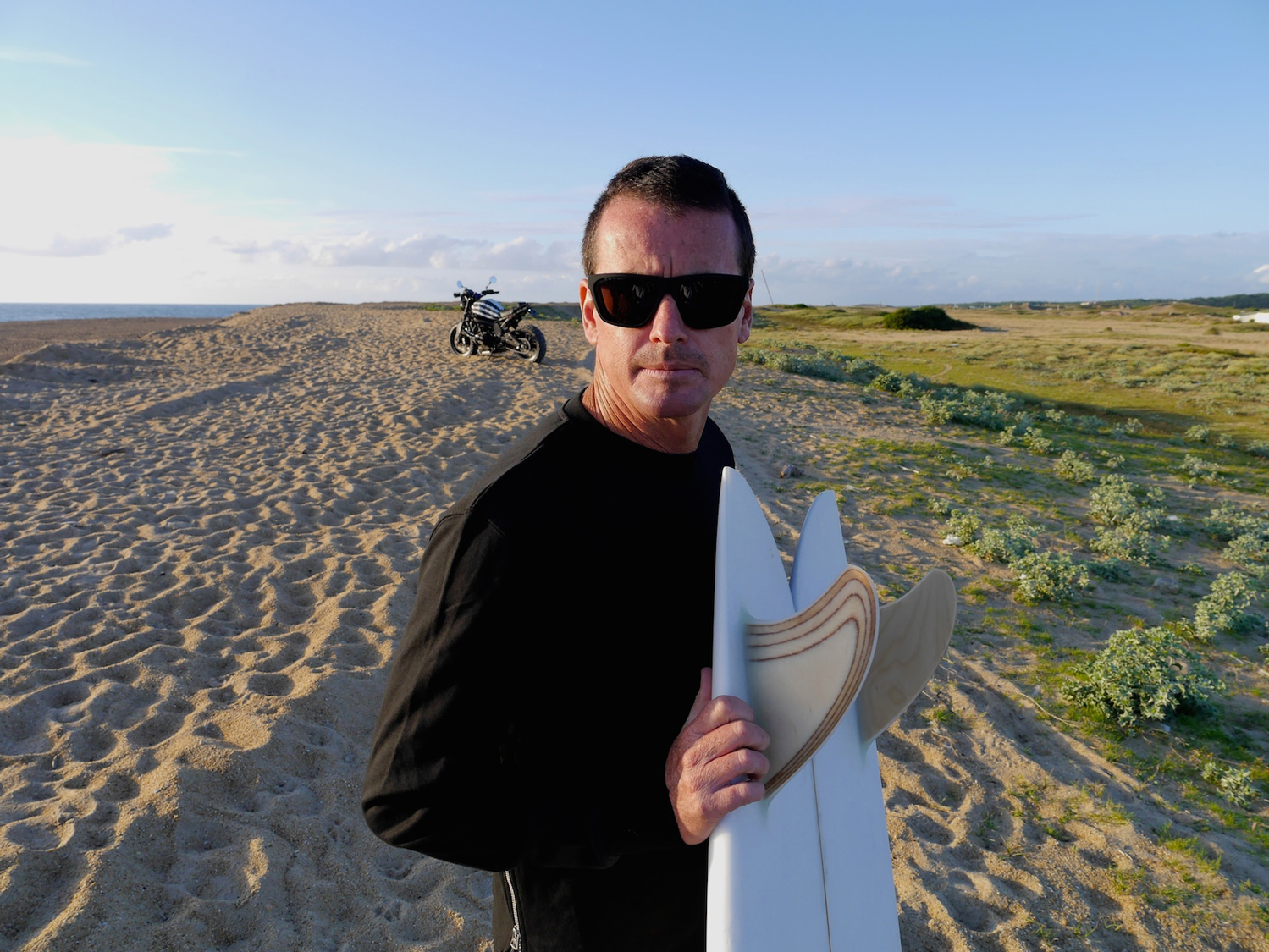 The 43-year-old doesn’t believe in taking shortcuts in quality to save money. Instead he keeps his prices fixed, maintains the same diehard staff and let’s the work speak for itself.

“People think I get to cruise along living this globetrotting lifestyle, but it’s hard,” he says, laughing.

“To be a successful board builder with a career that’s going to last means working your ass off. I don’t think people realise what goes into it.”

About five years ago, Chris became a brand ambassador for Electric – an organisation he sees as running against the grain of the industry. 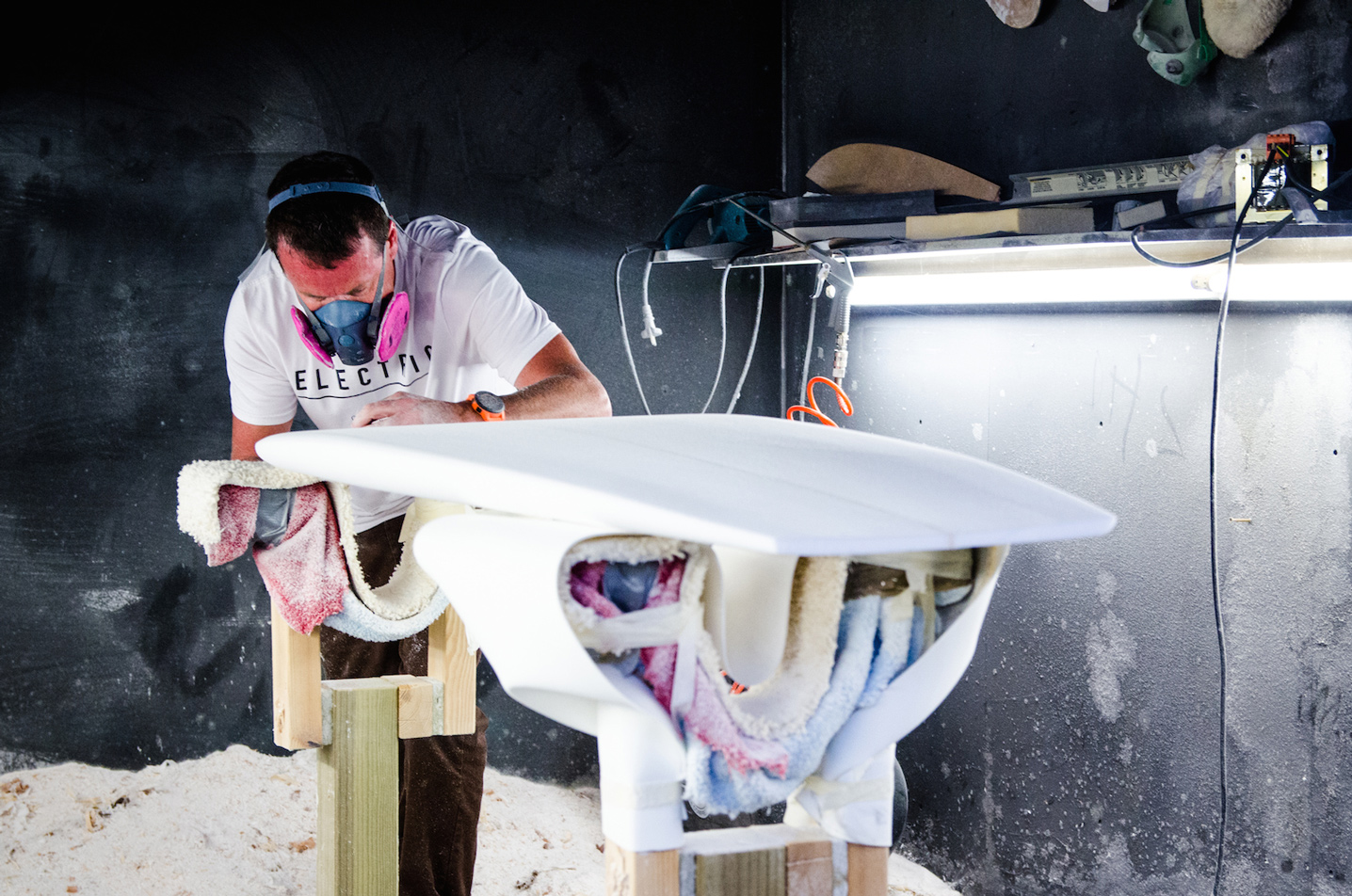 Where most brands try to replicate the same old business model – banking on the highest-ranking athletes – Electric sponsors the people who not only embody the sport, but keep it going.

It’s led to all sorts of opportunities – like designing Electric’s Road Glacier sunglasses – which have enabled him to branch out without compromising his values.

“Independence means everything to me,” says Chris. “Sometimes when I want to get in creative mode, I’ll purposely shut myself off to the surfing world.

“No magazines, no movies, no surf shops. I just try not to give a shit what anyone else is doing so I won’t be influenced by it.” 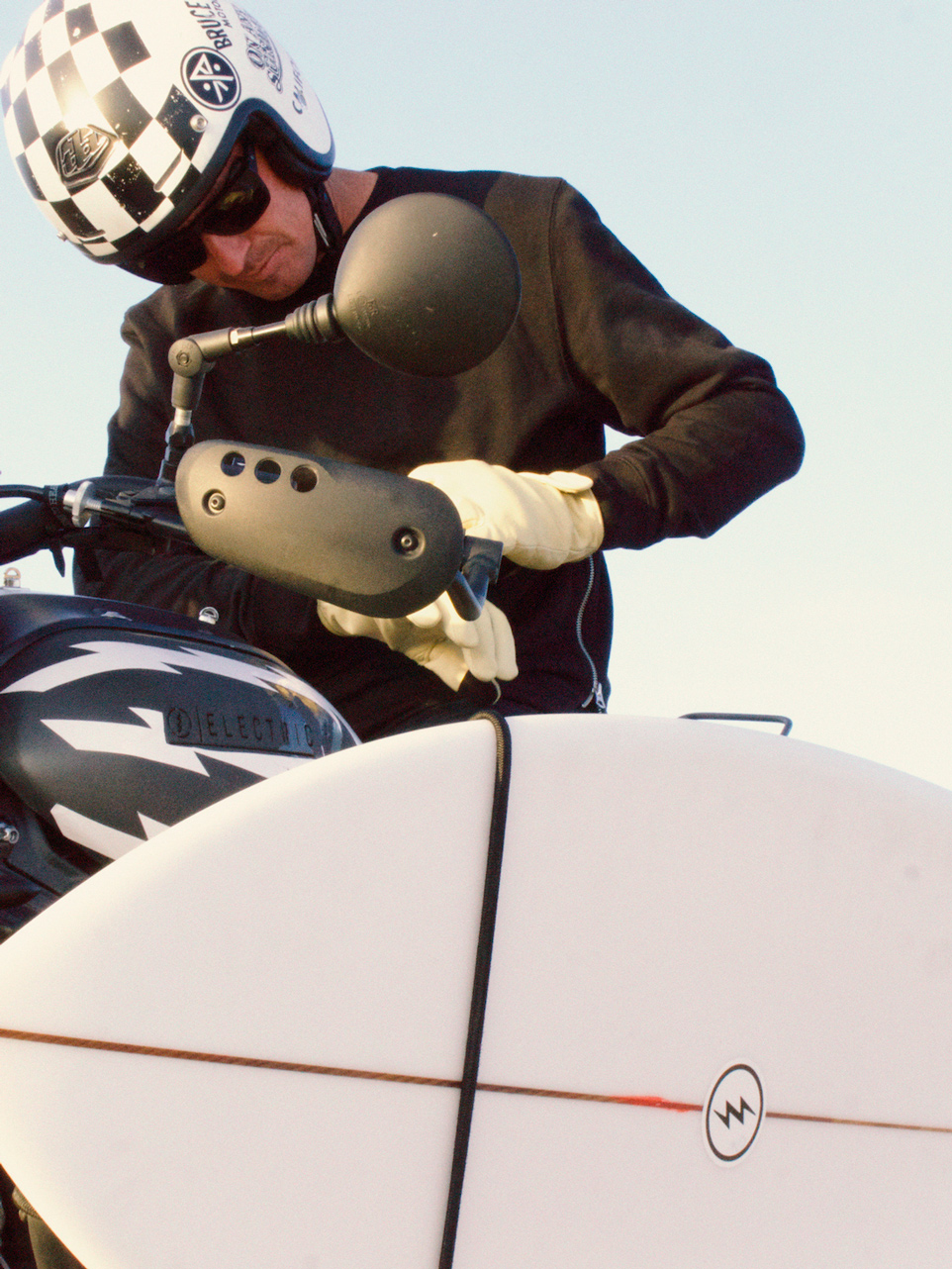 Now and then, Chris reflects on his decision to pursue surfboards over medicine.

His doctor friends take nicer holidays – and get more of them – but he feels in better shape than they are, letting his life dictate his work rather than the other way around.

Chris spends half his time in the Sierra mountains, away from the coast, fitting in spells of fishing, hiking and back-country snowboarding.

He has a studio up there so that he can still build boards – not to feel tied to his craft, but to get the most out of creative regeneration.

“But I feel like no matter what art, sport or industry you’re into, it’s healthy to just step out of it and get inspired by other things. It only seems to open more doors when you go back.”

Chris Christenson is an ambassador of Electric.

Linkedin
RELATED ARTICLES
OTHER ARTICLES
The action took place in response to the 200 asylum-seeking children who were placed in hotels run by the Home Office who have gone missing.
At his West Bank restaurant, Fadi Kattan established himself as the voice of modern Palestinian cuisine. Now, he’s bringing his innovative, bold flavours to the UK’s capital.
Activists and campaigners are fighting back against new laws that would seriously undermine the ability to take industrial action, calling it an attack on fundamental workers' rights.
A new exhibitions brings together the work of photographers who documented the deep unrest of these pivotal decades.
After building his reputation covering the US civil rights movement in the 1960s, the photographer went on to produce some of the most enduring images of the past century.
As she gears up for the release of her first book, the 24-year-old climate activist talks standing up to authority and building a more inclusive movement.