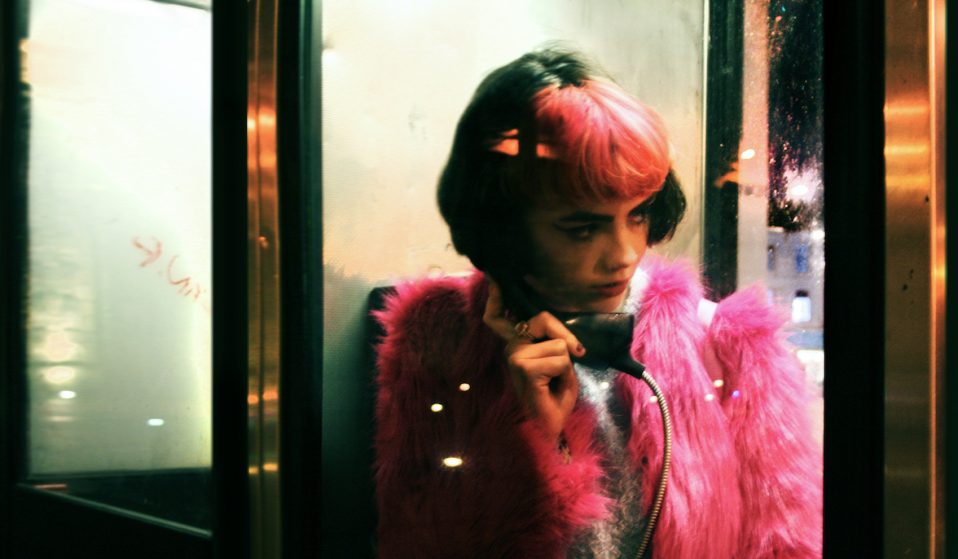 Photographer Meghan Doherty discusses using the camera as a mean of escape in her new series, which celebrates youth and subculture against a backdrop of small-town banality.

Photographer Meghan Doherty discusses using the camera as a mean of escape in her new series, which celebrates youth and subculture against a backdrop of small-town banality.

Growing up in Derry, Ireland, artist Megan Doherty first picked up the camera as a teen to make reference photos for paintings. Soon after, she became enthralled with the possibility of using photography to bring to life images that fueled her imagination.

Young and ambitious, Doherty felt confined by small-town life. “I was feeling trapped, unfulfilled, and seeking escape from reality by any means necessary,” she says.  “I got lost in films that gave me a glimpse into the possibilities outside of what I knew and also allowed me to observe how captivating mundanity could be if viewed through a new perspective.”

Gradually, Doherty realised that she could turn the camera onto her world to transcend the limits of her environment. She began photographing intimate moments with friends, both staged and unfolding in real-time. The result is a collection of photographs titled Stoned in Melanchol (Setanta Books), a Rizla style box of 50 prints. 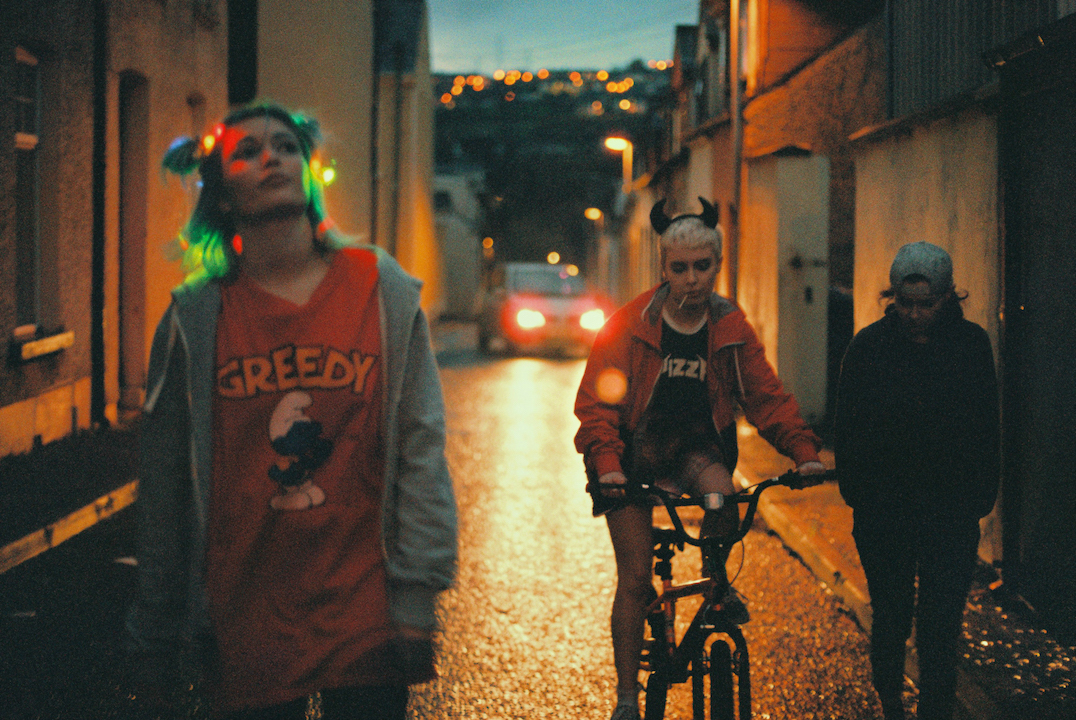 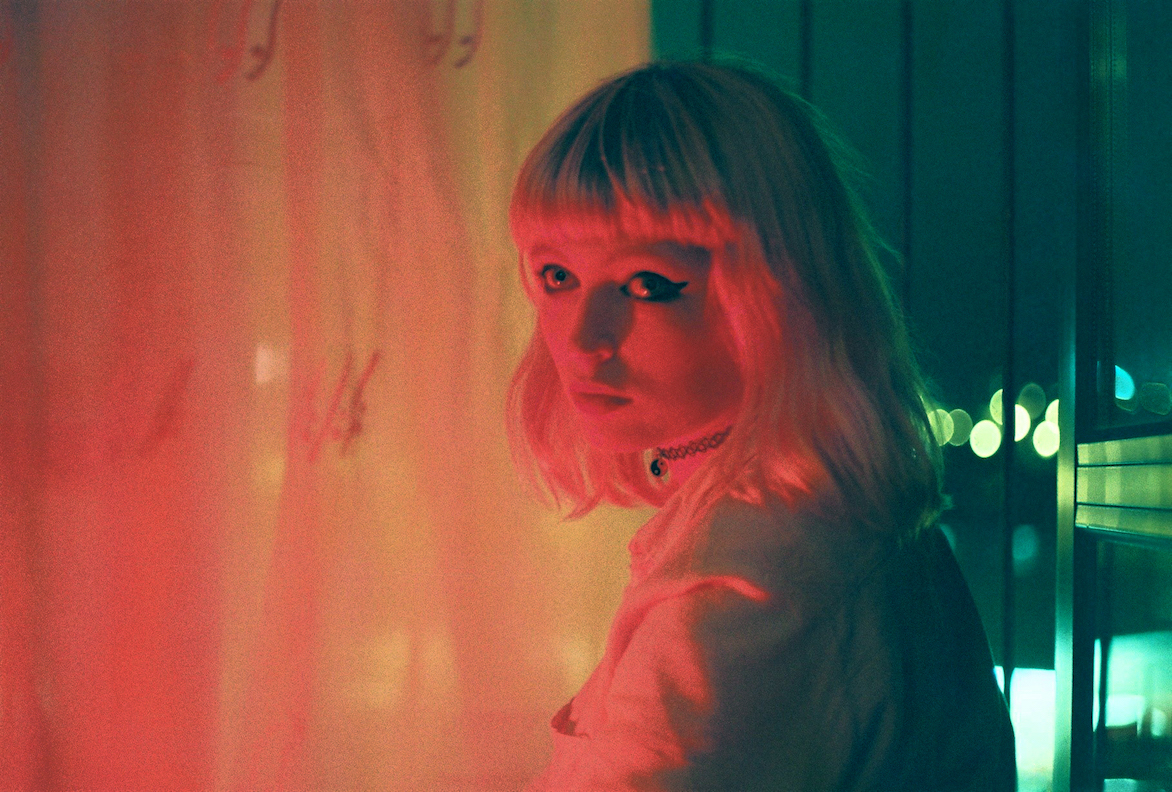 “The photographs were essentially a way of projecting the cinematic world in my head onto the landscape before me, and creating a means in which I could live vicariously through my work,” she says.

Shooting predominantly at night, Doherty engaged a lyrical, lo-fi aesthetic to underscore the dream-like sensibility of her escapist work. Through the grainy, hazy quality of the pictures, we enter into the liminal space between fiction and fact, happily revelling in the suspension of disbelief that the best art possesses.

“It was very much a representation of my state of mind at the time,” Doherty says. “It felt like myself, and those who surrounded me came together during a daunting period where we were leaving our teenage years and entering adulthood – the future was uncertain, and we had no concrete plan.”

Doherty soon discovered that within the unknown, there are no boundaries. With Stoned in Melanchol, she plays with the line between fantasy and reality, showing that they are not so much separate as inextricably intertwined, essential features of existence, like two sides of the same coin. 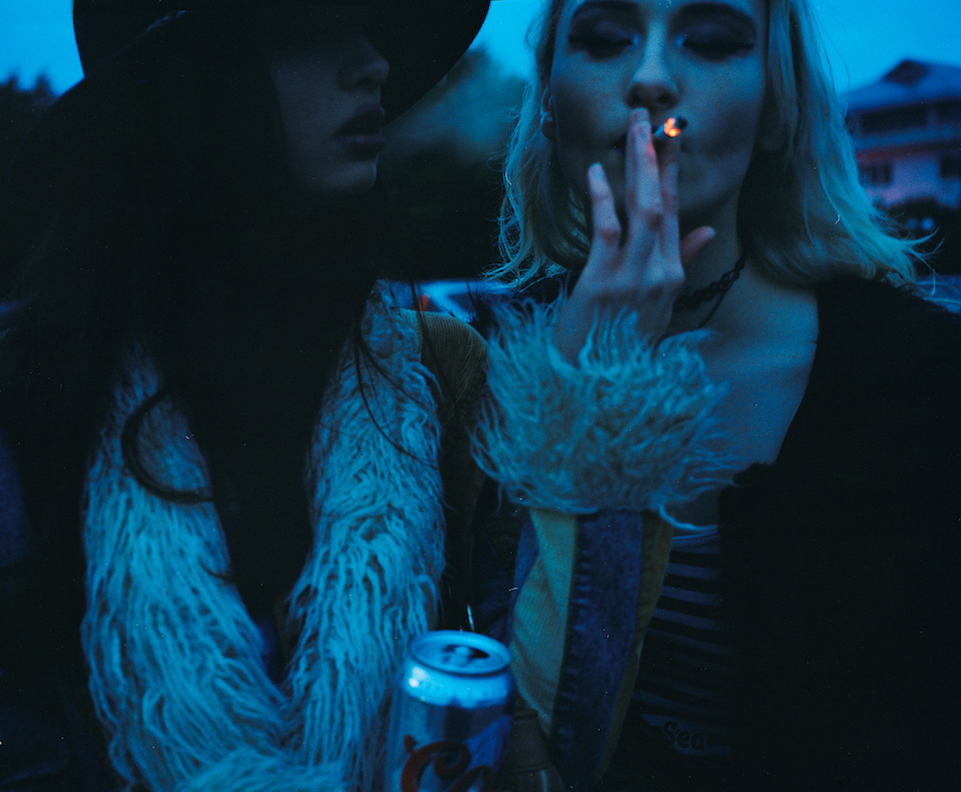 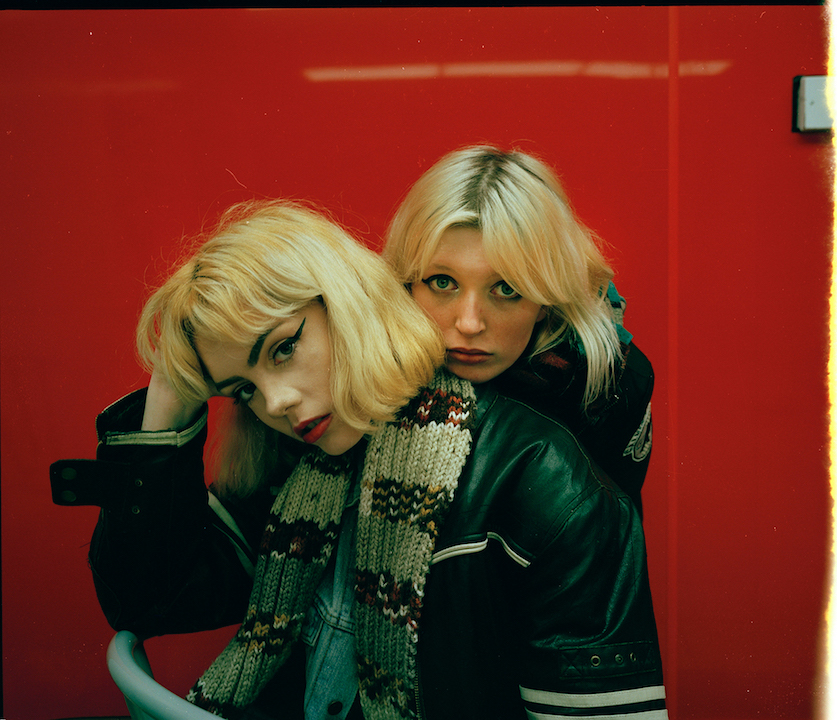 “The project became a documentation of our lives and the relationships that we shared,” Doherty says. “We were alone together, navigating this period of our lives, exploring our identity, celebrating what each of us had to offer, and taking comfort in the bond we were creating. We took solace in the unity of the universe we’d been building for ourselves.”

Rather than organise the images as a traditional bound book, Doherty presents them as a series of individual images inspired by a penchant for ripping images from books and magazines and plastering them to her walls. “The viewer can pull apart the book and engage with the work however they like – frame it, rearrange it, create their own stories,” she says.

An ode to coming of age, Stoned in Melanchol is all about realising being lost is the part of the path to discovering your place in the world. Since making these photographs, Doherty moved away from Derry for the first time. “I could feel that chapter in my life ending,” she says. “It felt like the right time to publish the work and leave it as it was.” 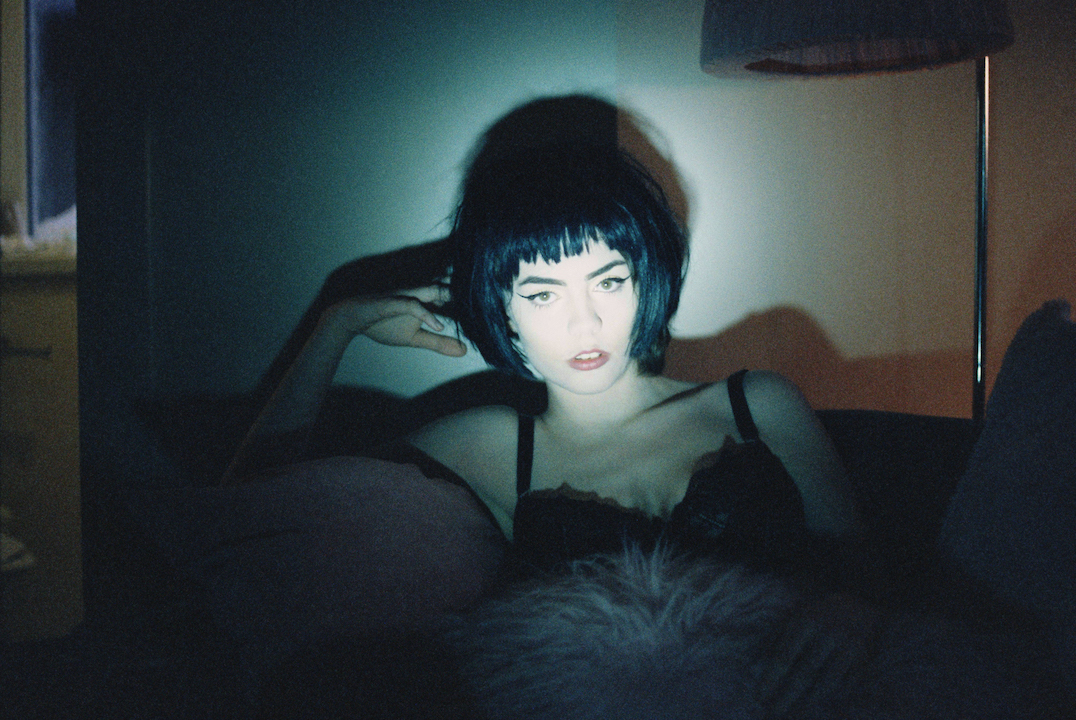 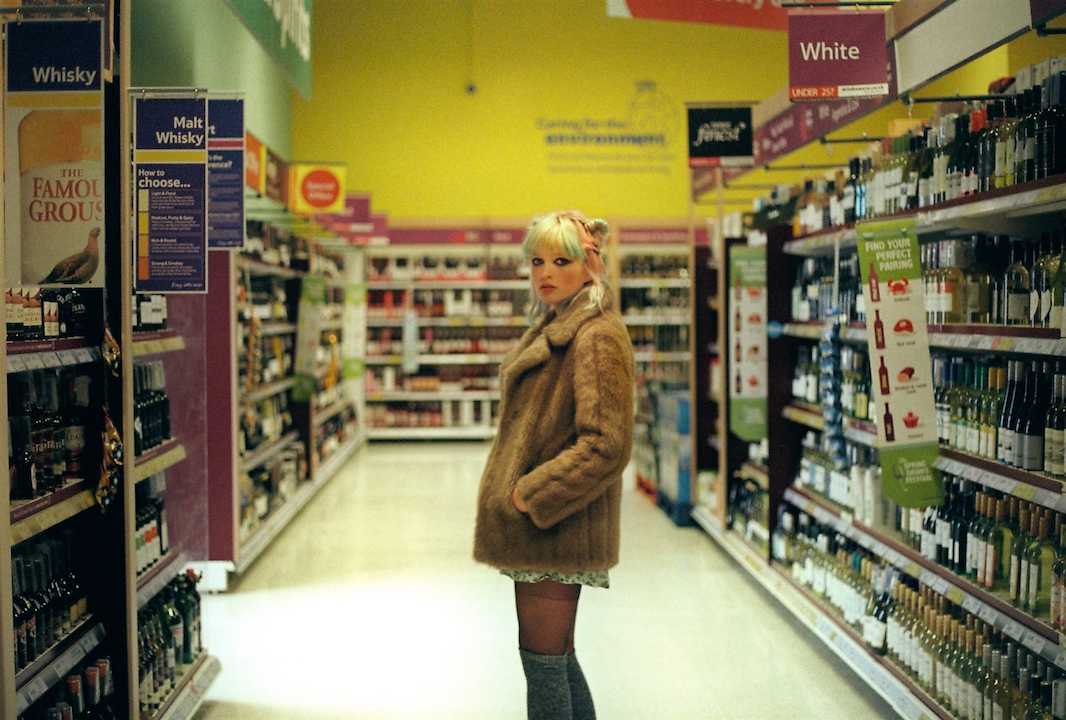 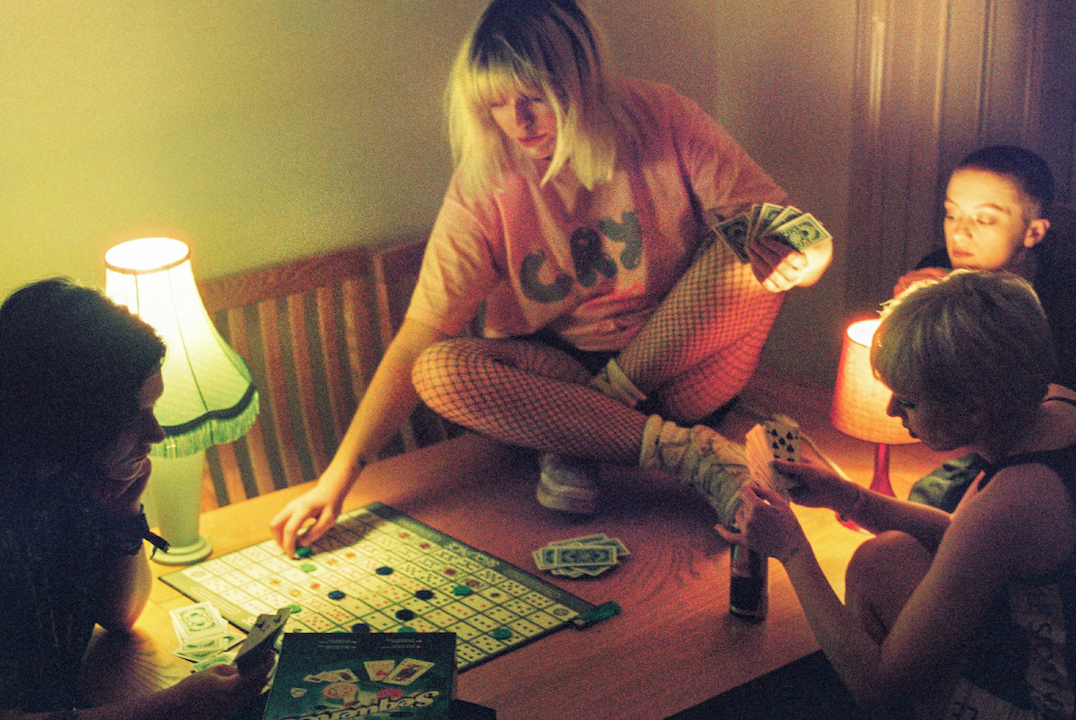 Stoned in Melanchol is available now on Setanta Books.

Linkedin
RELATED ARTICLES
OTHER ARTICLES
Photographer Matthew Brookes recalls following a group of young people in Venice Beach living in search of the perfect wave.
In the latest instalment of Photographers in Conversation, the chronicler of raves, protests and beyond explains why he’s drawn to such specifically visceral environments.
The author discusses the all-consuming nature of heartbreak, and turning the experience into an incisive exploration of love and loss.
In the wake of the decision by the supreme court to overturn Roe v Wade, thousands of protestors filled the streets to express their rage and anguish.
Thomas Hoepker‘s images taken during a road trip across America provide a searing social commentary about a divided country.
Photographer Arthur Grace recalls travelling through the Soviet Bloc and finding ways to evade the surveillance of his work.