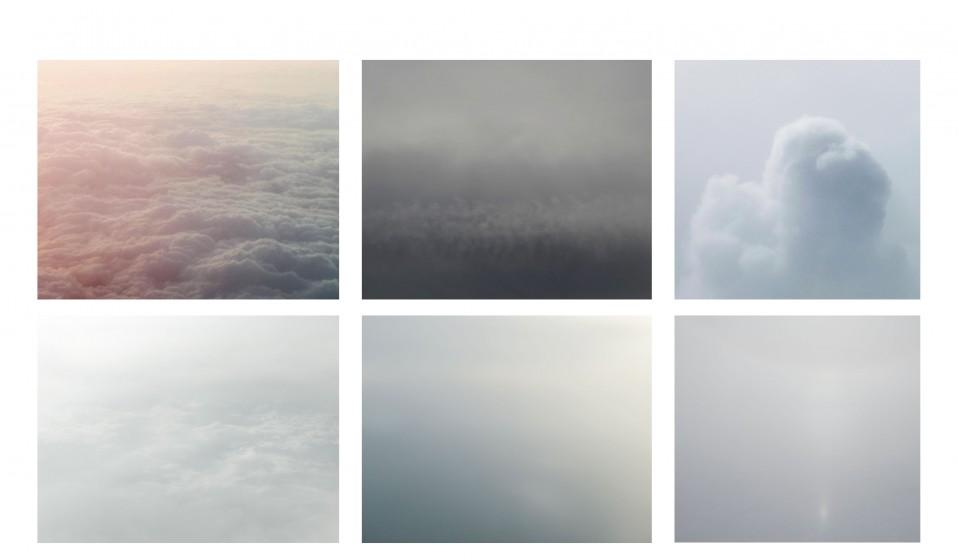 Captured at high altitude over the course of a hundred journeys, British photographer's images of clouds are a expression of freedom and tranquility. We caught up with him in London to talk about his illustrious career, his inspirations and the search for peace in his new work.

The visual world of photographer Benedict Redgrove is one with no boundaries. His ambitious commercial and editorial work – which spans over twenty years – embraces the same crisp, graphic quality while conveying an affinity for extremes – be it size, speed, or luxury.

Whether he’s shooting the interior of an Italian automobile company’s design studio, taking close-up pictures of a Boeing 777 turbofan engine or capturing fallen trees in the Highlands, the 47 year-old photographer has the ability to capture the beauty in the most utilitarian objects – highlighting the geometry, architecture and technical detail of spaces and structures. 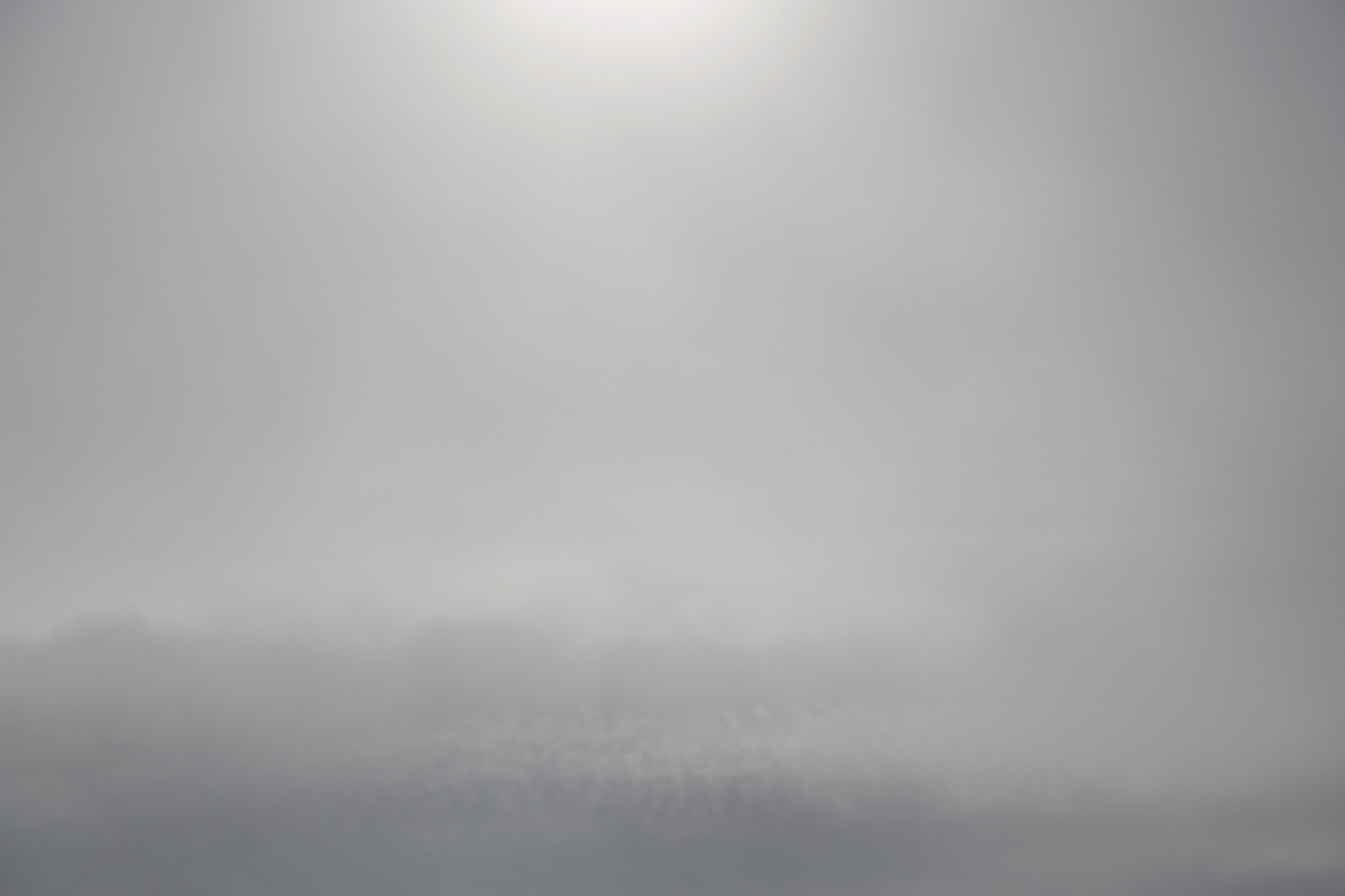 Benedict has taken this technique even further with his first solo exhibition in the UK. Everything & Nothing is a series of expressionist cloudscapes, captured at high altitude over a hundred journeys over five years.

“I fly a lot in my career,” he told me when we met up at Display Gallery in Holborn, “so to try and find some sort of clarity and calm I started shooting these cloudscapes… It was a incredible sense of relief and release. I use them as a kind of meditative escape.” 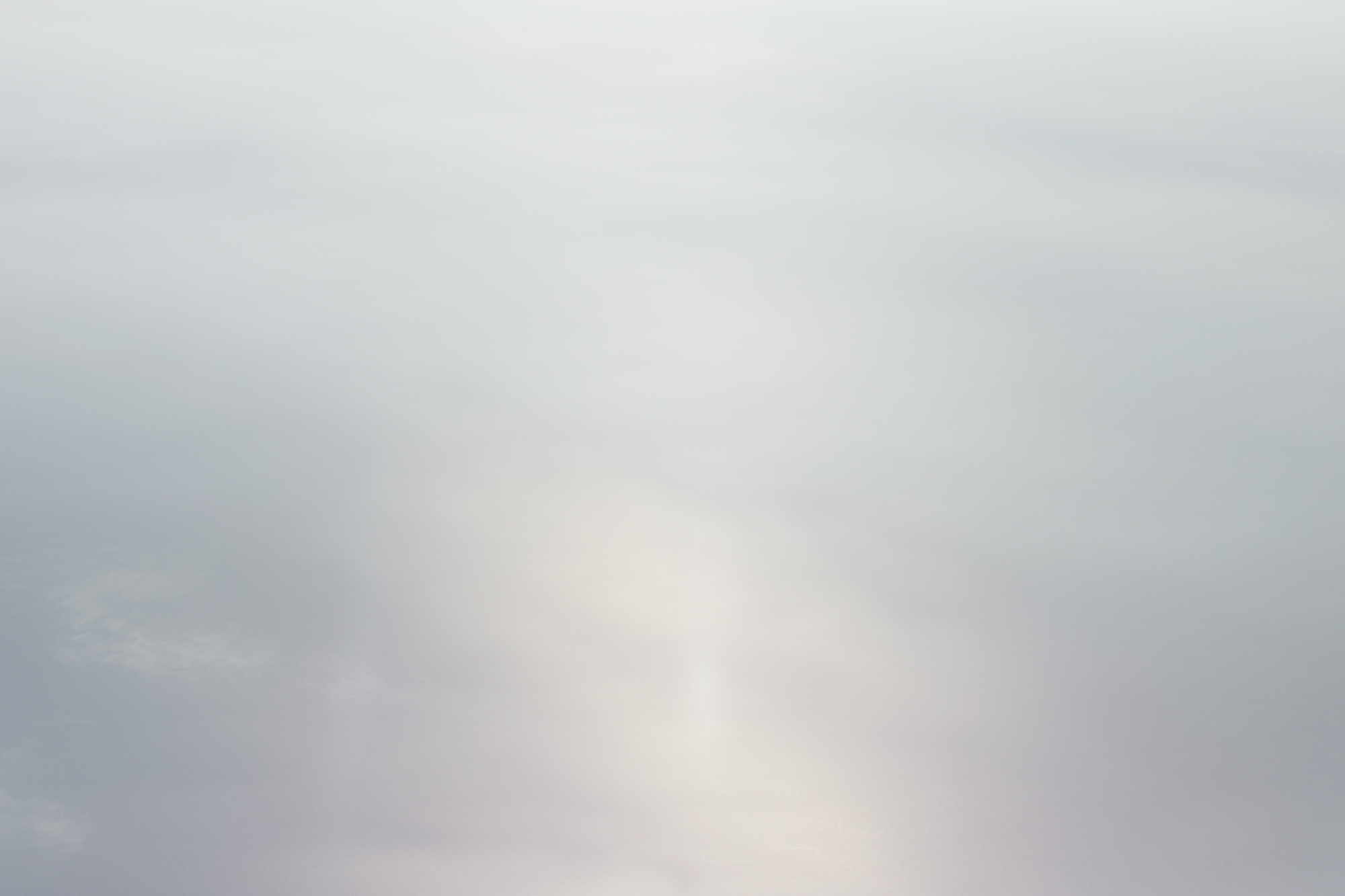 Shot on a range of large format cameras, the cloudscapes in Everything & Nothing are deliberately devoid of geography or location, simply labelled by their time and date. “People would ask where they were shot,” says Benedict. “But that wasn’t important to me, and still isn’t. I guess the whole point is that you can take what you want from it and you could be anywhere.” 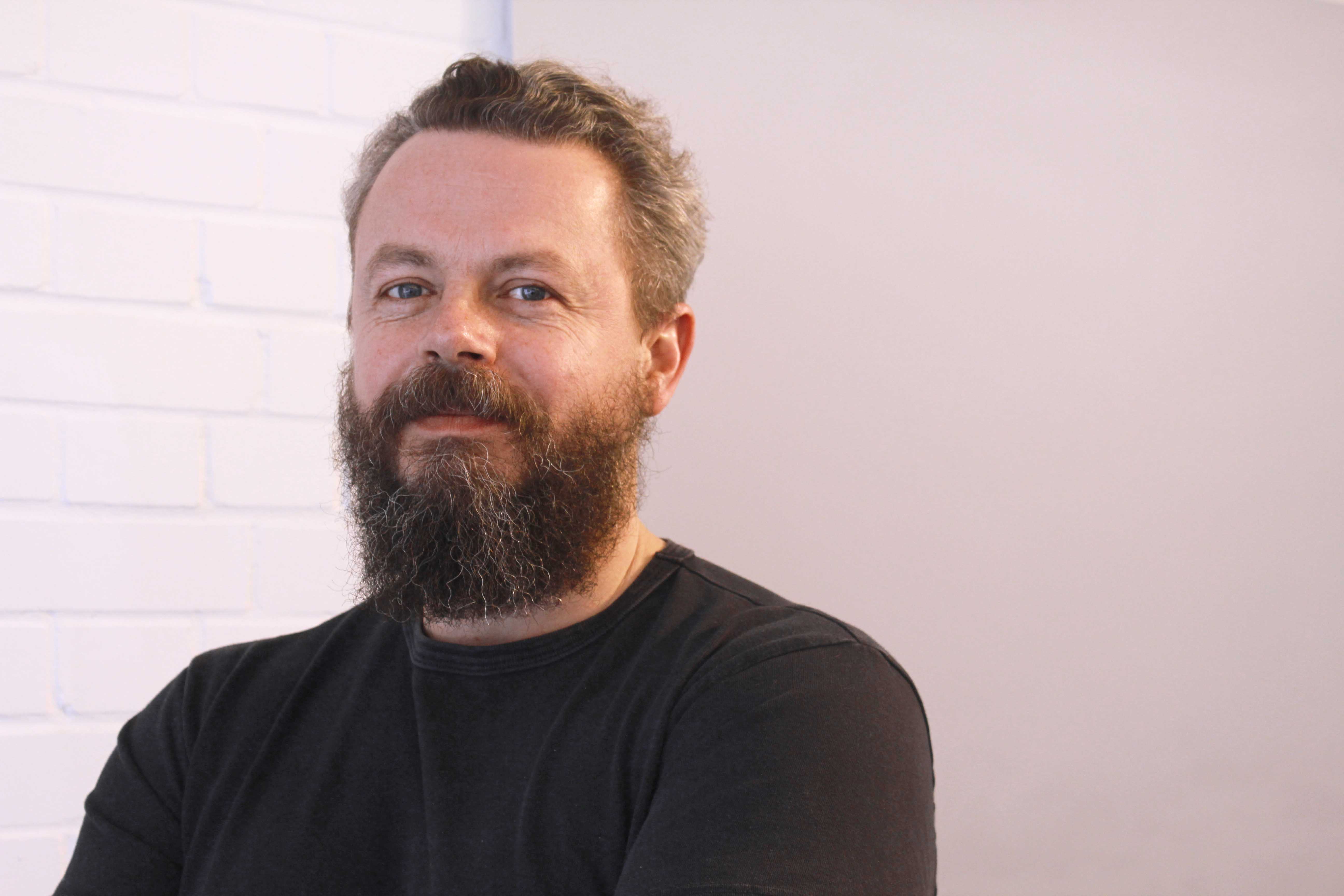 How do you get into photography?

I started as a graphic designer, that’s sort of where it all emanates from. Moved into photography when I was about 27 or 28. I was shooting mostly reportage and sports. But I’ve always had a sort of bias towards very clean simple imagery and that’s the basis of what I do. Some of my commercial work is very much based on that. To keep my sanity and release the bits that can’t be released when a commercial client is paying for it, I shoot my own work and that’s becoming more of a balance.

What made you want to capture utilitarian objects like cars and aeronautical equipment to way you do?

I’m a self-professed geek, really. There’s an aesthetic in man-made technical things like jet engines, which I find mesmerising. There are some things I look at that I find absolutely stunningly beautiful, especially with engineering; there’s normally a repetitive pattern to the things I really love.

Well-engineered and well-designed utilitarian objects are a real passion, so when I get brought on board projects like that, I find a way of making those parts stand out. It’s enormously pleasing. 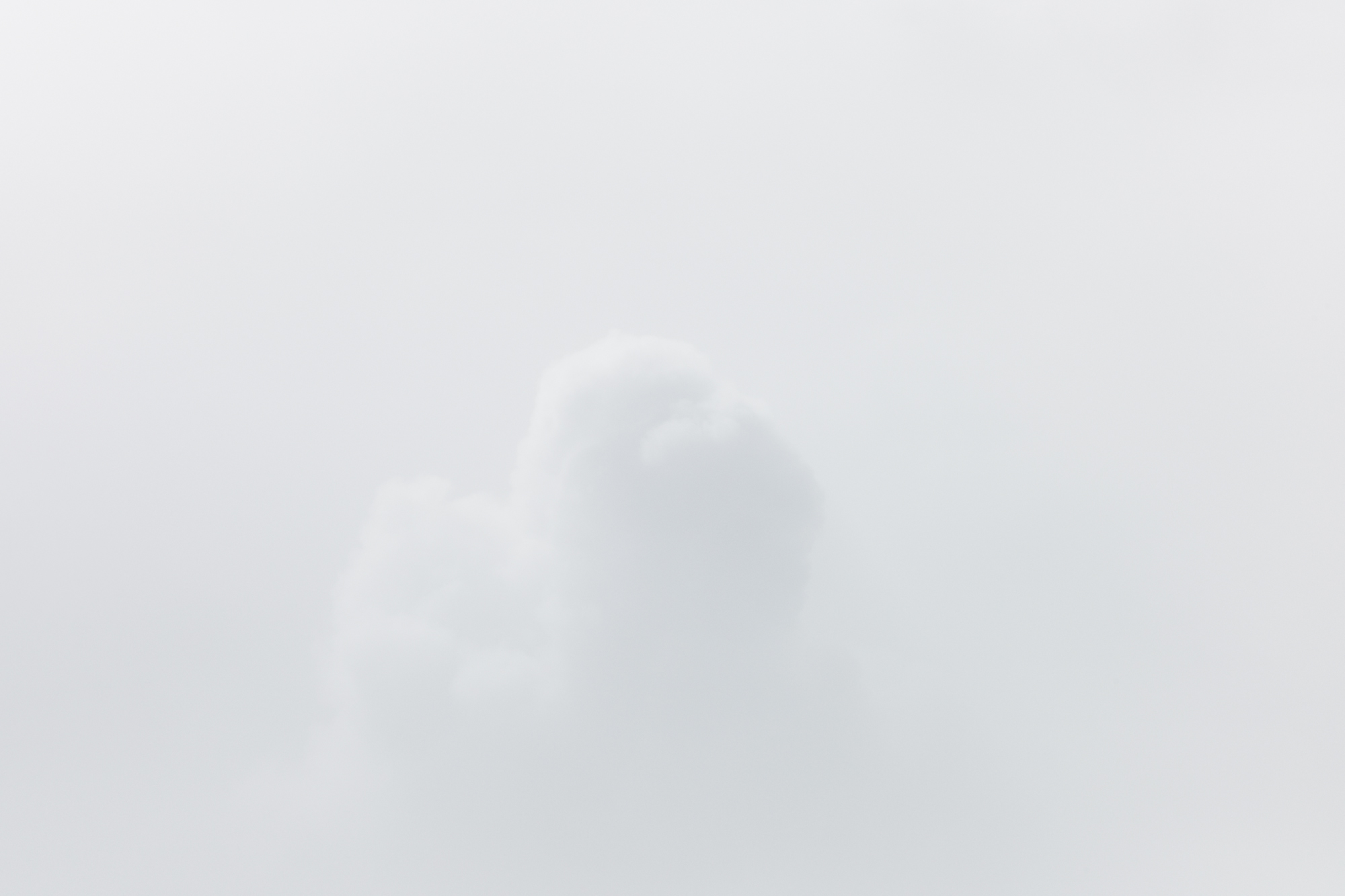 What do you think is your best work?

I’m really enjoying the stuff I’m currently shooting at the moment for a NASA project. That appeals to me on so many levels. I did a job for Wallpaper* where we shot a load of concept cars and that was an important job to me. It was initially going to be a single-page piece in the magazine and then James Reid, the photography director at the time, saw the pictures when I got back. It ended up being the cover of that issue and having 10 pages in the magazine, so that was a huge commercially important job. 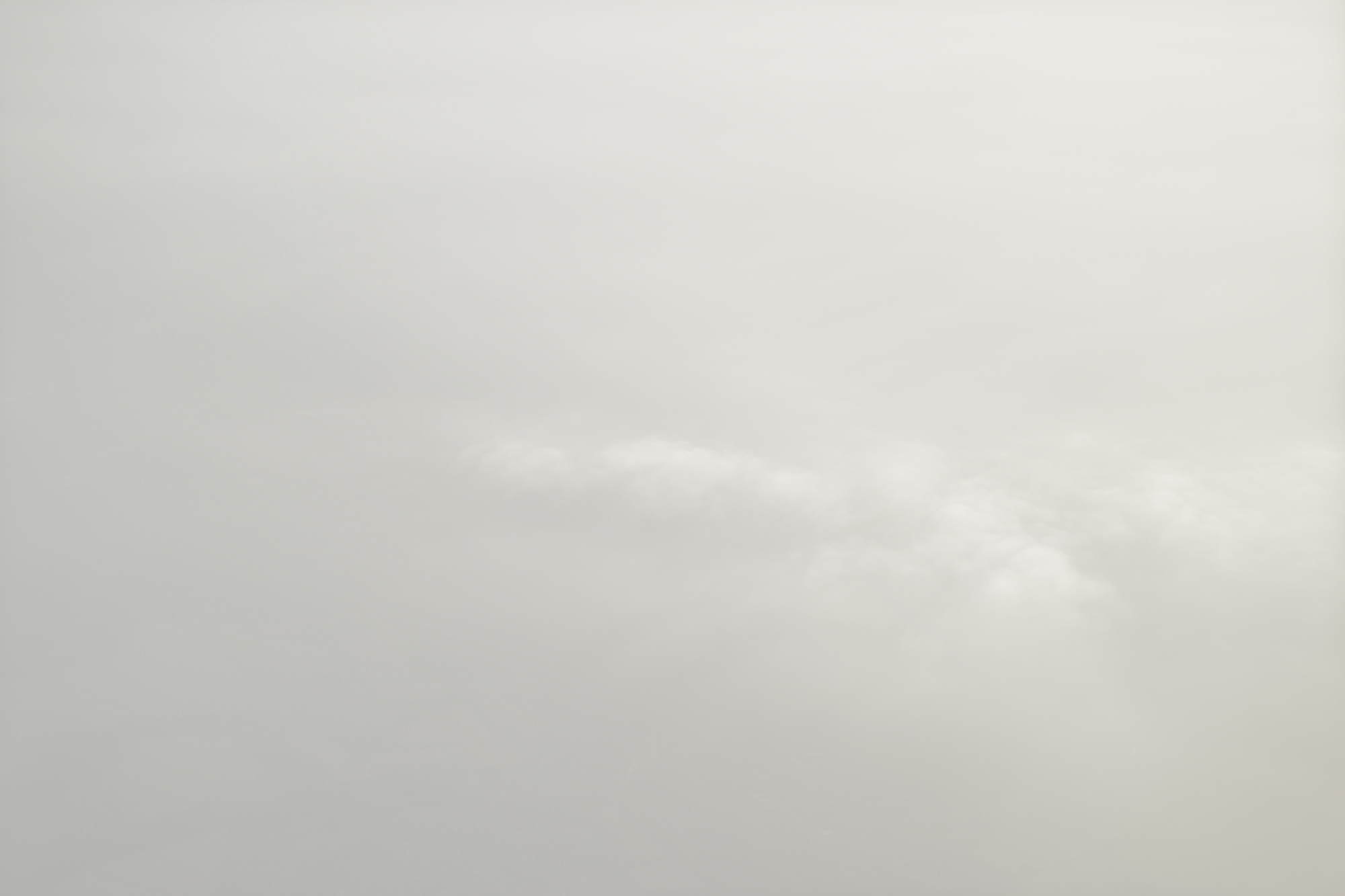 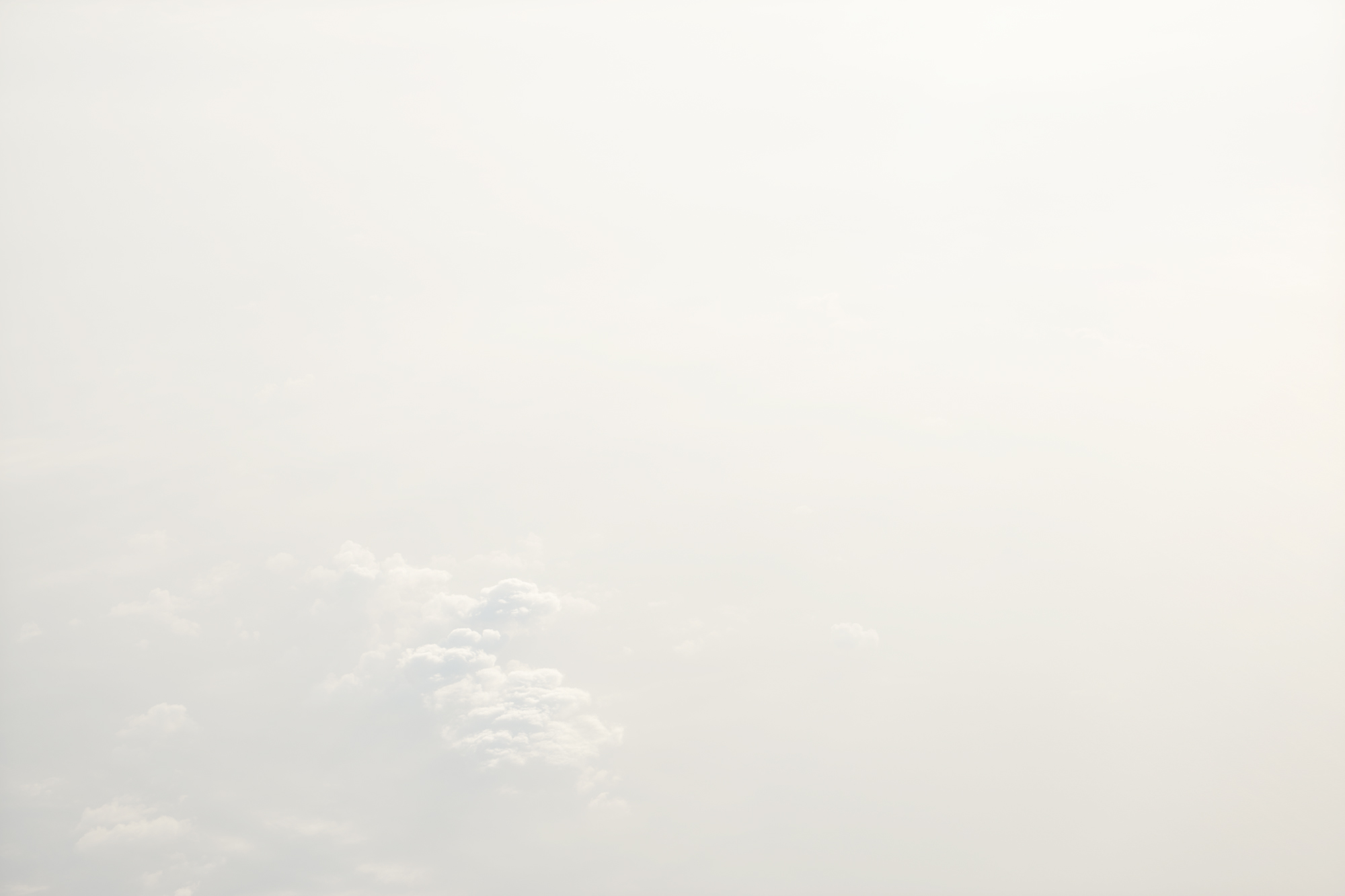 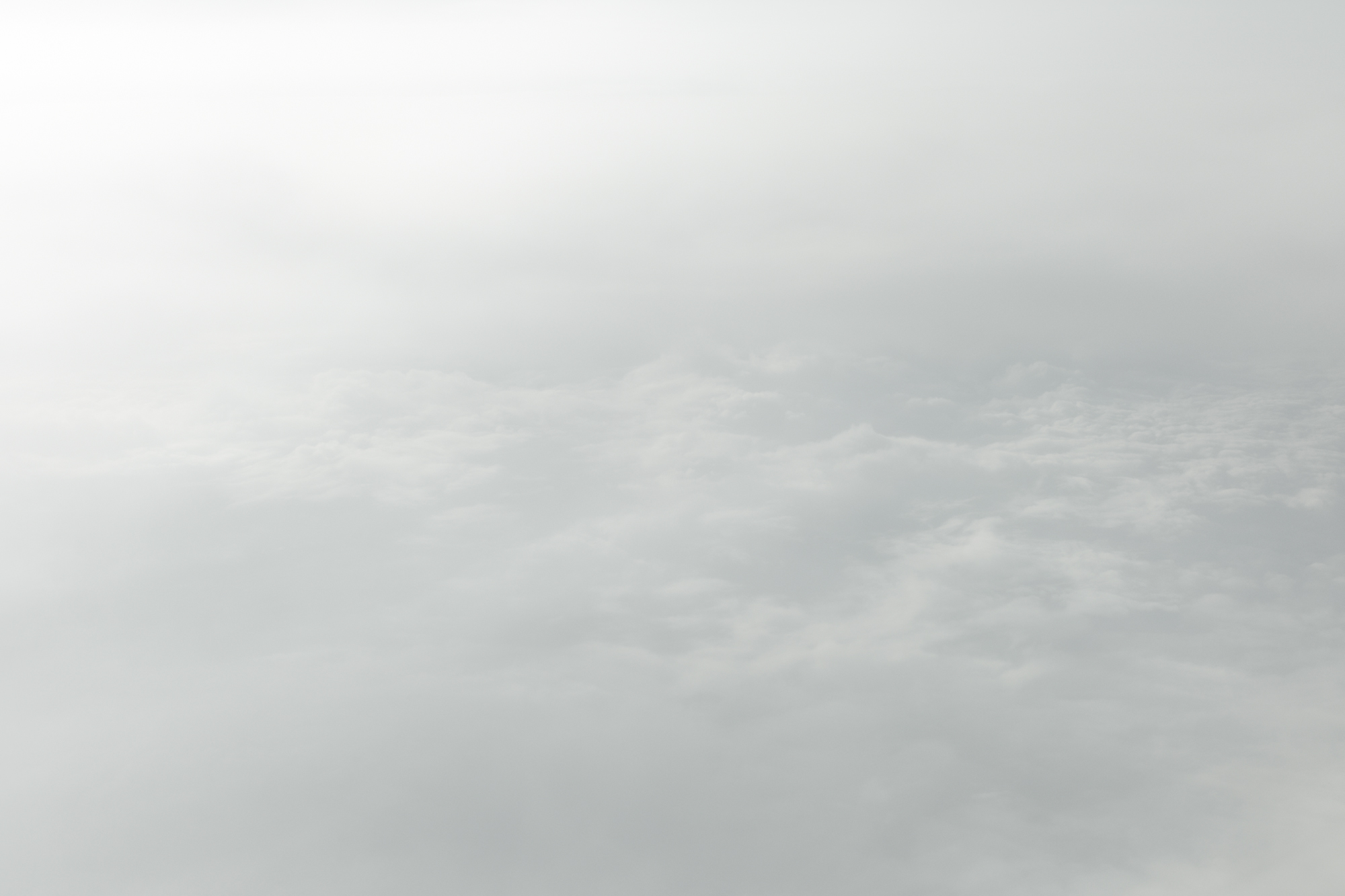 You once said in an interview that extremes interest you. Were you trying to capture any extremes in the cloudscapes?

There are quite a few, really. The biggest one for me is the fact that it’s never to be repeated. You never go back to that moment – it’s the extreme of time. There’s that cliché of a ‘captured moment’ but with these it’s even more chaotic. There’s that moment of me flying and seeing this image at this precise time; I could’ve looked left or right or the plane could’ve been moving slower or flying at a higher altitude. But the fact that I can capture that moment is such a release and to me that’s quite an extreme. 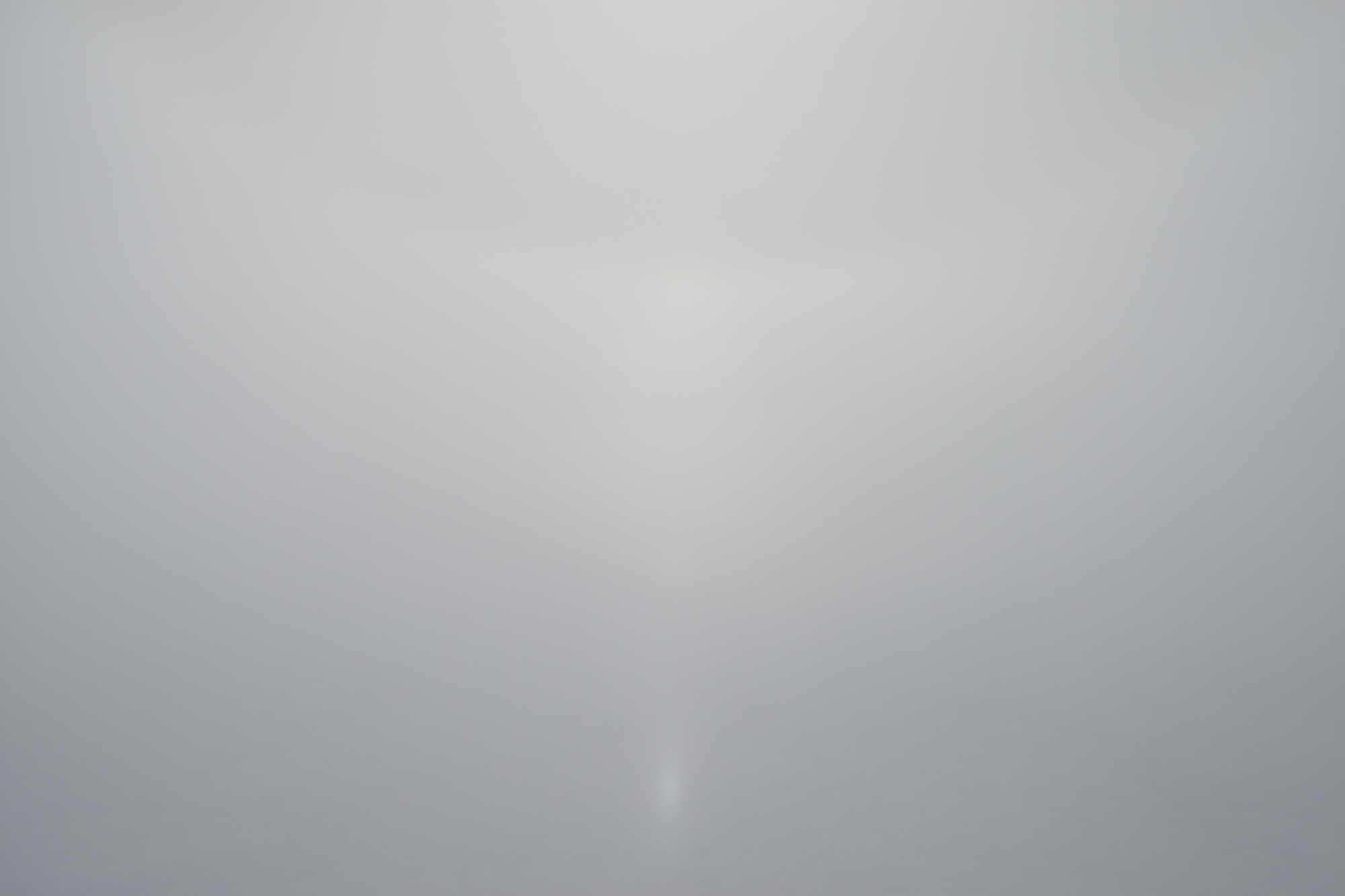 Do you think there are certain periods in life that are more conducive to creativity?

That’s an interesting question. Someone was asking me the other day whether you have to be sort of depressed to be creative. I guess any experience helps. I think I’m probably happiest when I’m feeling immersed in the work. Being completely lost in the work is such a great feeling to have, you’re away from the world and devoid from the clutter of every day life and you’re just surrounded by the thoughts of what you’re doing.

I think when my daughter was born that was a particular time of just trying to find some peace because it was sort of a tempestuous relationship I was in at the time. I found real peace and calm in this particular body of work. 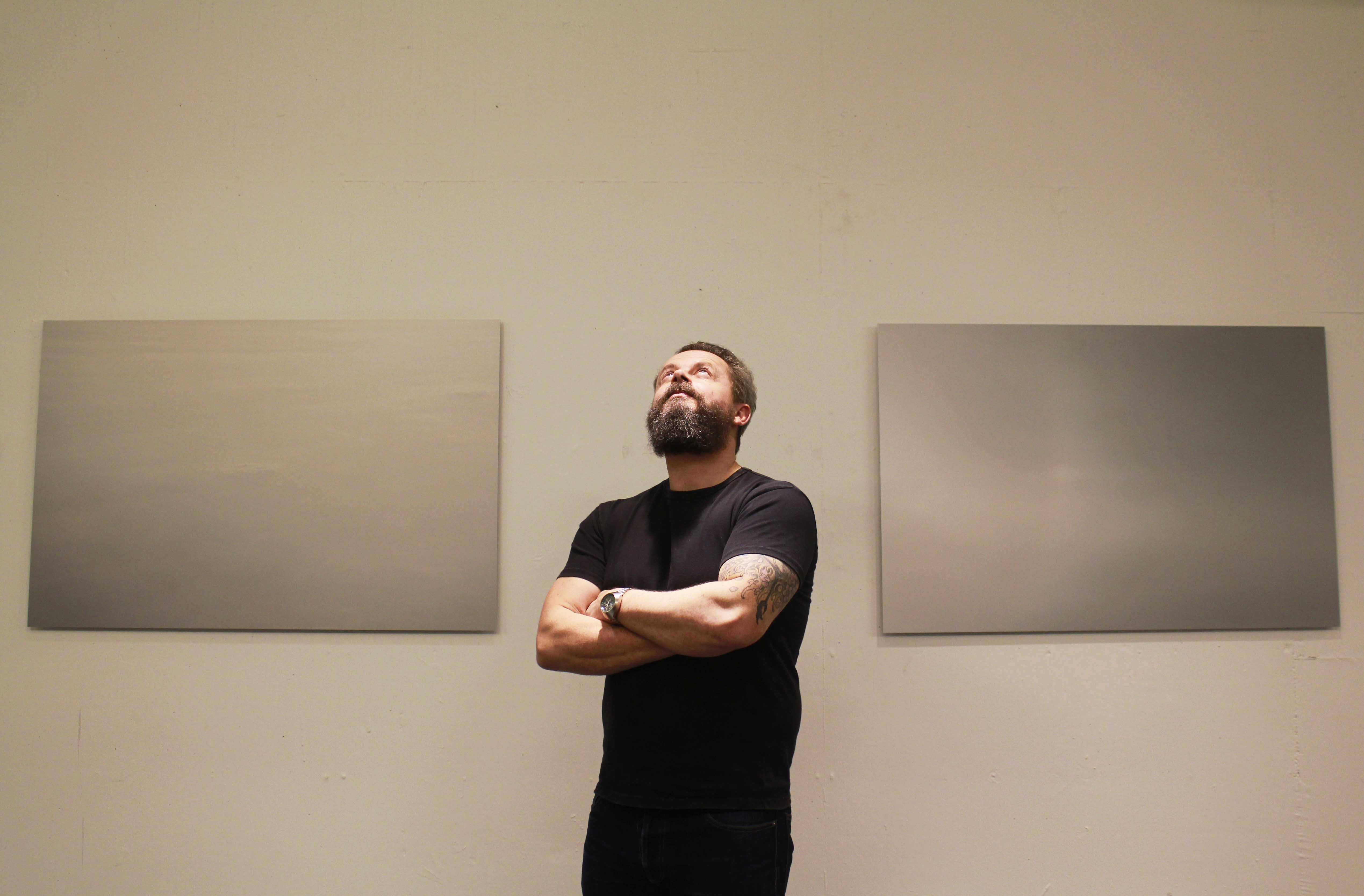 Fear and doubt are part of the creative process and most people have no idea that artists struggle with insecurities like everyone else. What can you tell me about that side of being an artist?

I guess there’s that usual thing where you like what you’re doing, but then you have days where you doubt yourself and what you’re doing. I doubted myself over some of [these images]. I started thinking if this was really worthy of putting together a body of work and whether it was worthy of people coming to see it. And I think that goes on constantly when you’re an artist: you always have that cycle of excitement and doubt.

I think you really have to believe in what you’re doing. As long as you believe in a project and it makes you happy, your work will feel worthy enough. I think it would be very hard to create a body of work that you didn’t believe in.

Where does your ambition come from?

Not wanting to fail is what drives me mostly. I really don’t like the idea of not being good enough for myself. My mum is a very driven woman. She’s really strong but does it in the calmest way and gets on with she has to do. And that’s a quality that I really admire. I’ve got a few friends who are really successful in what they do and are just like that. Quiet confidence is a nice personal quality, and I aspire to have that. To be good at what you do in the calmest possible way is the most beautiful quality to have.

What’s the most important thing you’ve learned about taking pictures?

It would be to listen to yourself. You can look and look and look, but there’s a certain point where you’re looking at something and it really resonates with you. I think that’s something that’s really important. A lot of people ask about equipment, what you use and how you do it. And that’s the technical side of things – and anyone can learn that – but I think the real thing is to learn how to look and to listen to yourself when you’re shooting. 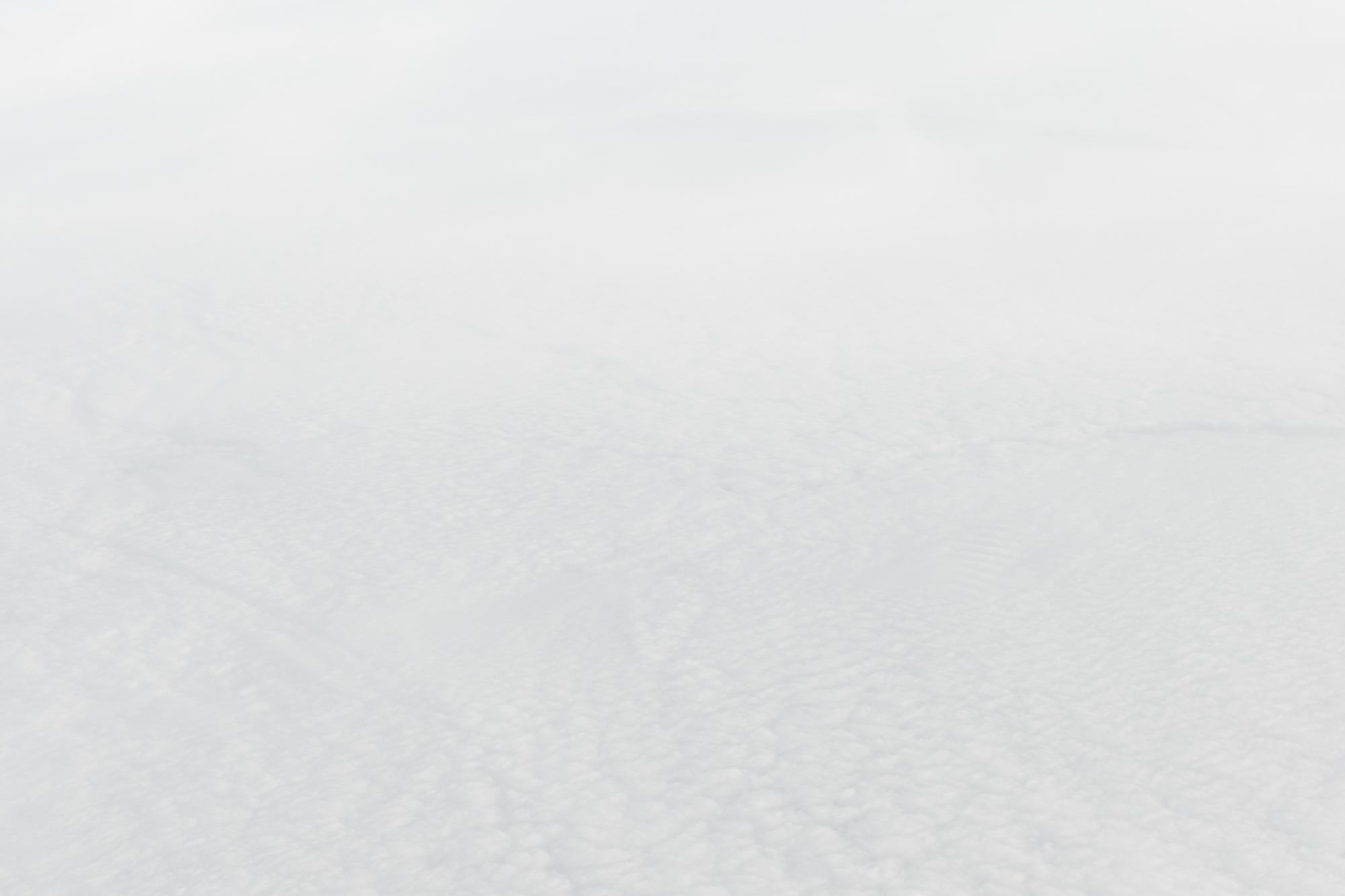 Everything & Nothing is on view at Display Gallery until 28 April.

Linkedin
RELATED ARTICLES
OTHER ARTICLES
A new project is documenting formerly incarcerated people as they transition back into civilian life.
With skyrocketing rents, packed out viewings, bidding wars and more, renting in London has never been harder.
For over a decade, gamblers have won big by employing people to place live bets from the court. But does this dubious method still work?
By turning a real-life crisis into daytime television fodder, TV bosses have once again shown themselves to be completely out of touch with audiences.
Financial turmoil is pushing people who work in the sex industry into more dangerous and desperate situations as a means of survival.
Rogue landlords are exploiting young and inexperienced renters and leaving them in mental and financial turmoil, reports Niall Hignett.