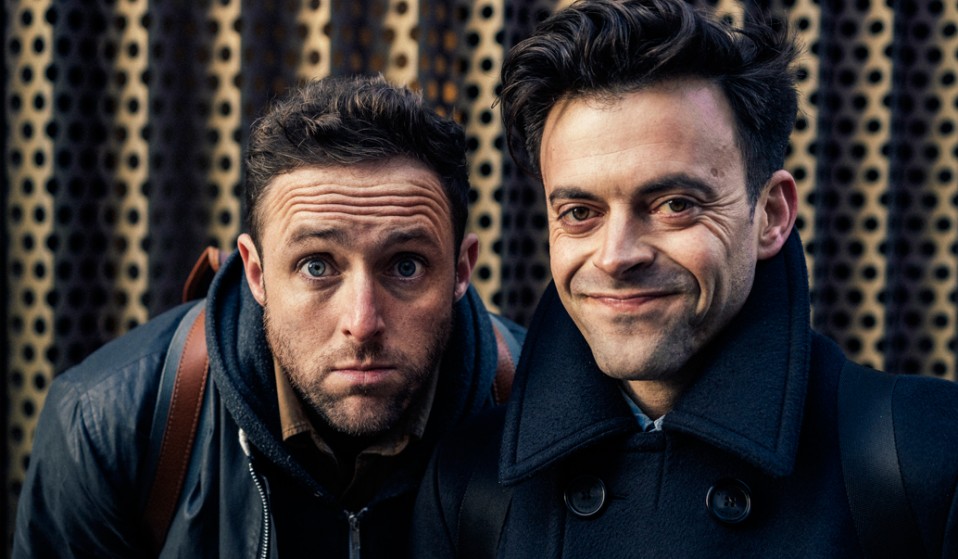 The in-your-face comedy of Heydon Prowse and Jolyon Rubinstein spares no one, fearlessly satirising issues across the dial.

From standup to satire, jokes can be a saviour. But in the right hands, they can also trigger change. To help resist – with humour – we’re celebrating radical voices that rise above the rest. In this instalment, we learn why the in-your-face comedy of Heydon Prowse and Jolyon Rubinstein spares no one – fearlessly satirising issues across the dial.

According to an online petition, the British public are absolutely fuming. All 328 of them.

Their vitriol is directed at a clip for a new show from the BBC called The Real Housewives of ISIS.

“It’s only three days until the beheading,” says a woman in a black jilbāb, pouting for a selfie. “And I’ve got no idea what to wear.”

The programme, quite clearly, isn’t real. It’s a new sketch from comedy duo Heydon Prowse and Jolyon Rubinstein. Y’know… satire, a joke, an opportunity to laugh at this sad, ridiculous world that was funny to everyone but 328 people.

Heydon and Jolyon have been masquerading in disguise for their own amusement (and hidden cameras) for years, pulling pranks on corporate crooks and politicians – like getting MPs to sign a ‘Sorry’ card to Iraq – and calling shit on outright fascists. 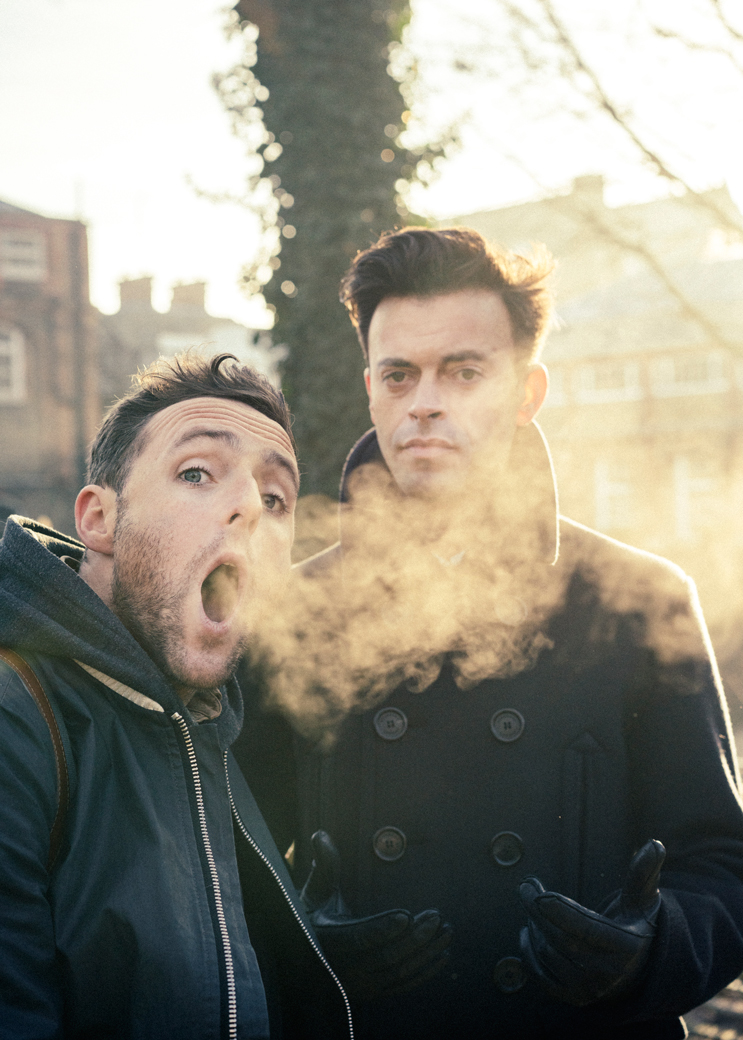 From their first series, The Revolution Will Be Televised, to their current offering, Revolting, they’ve pioneered a new strand of comedic activism that makes you want to laugh and scream with frustration at the same time.

Corruption and hypocrisy are always in their line of sight – from Google’s tax avoidance to Ireland’s abortion laws. Even ISIS can’t escape their fire.

“We made a decision that nothing would be off-limits, and it’s just been our attitude from the very beginning,” says Jolyon.

But what if those 328 people had a point? After the year-long depression that was 2016, many commentators declared satire dead. The world was too broken to laugh at.

“That’s straight-up bollocks… and a lazy thing to say,” argues Jolyon. “Whether it’s fashion, music or comedy, everything is about trends and reinvention. I think that a lot of people, the older generation, aren’t really sure how to deal with our form of very in-your-face confrontational stunt comedy, and I think that’s fine.”

Sitting in the cold London office where they write their show, Jolyon and Heydon are proof that the form lives on. What started out as a few pranks on YouTube for their mates became must-see prime-time TV – the perfect vehicle for mass dissemination.

“We were both quite militant as students,” explains Heydon. “I used to smash in the windows of arms companies. After maturing a bit, I found myself looking for a funny way to get my message across rather than just shouting.” 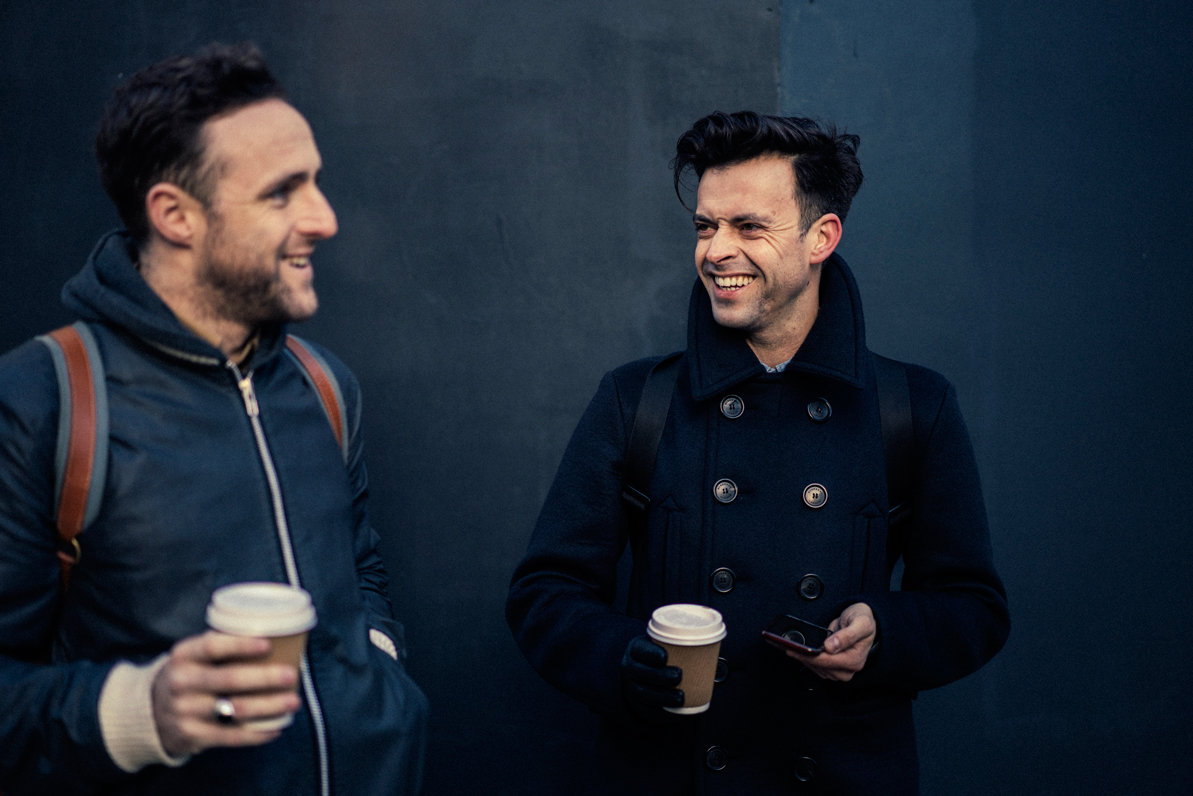 Both Jolyon and Heydon believe it’s vital to pick away at the full political spectrum. This might mean taking on politicians who they agree with, or tackling issues that cause a stir.

“I think having something that is nailing everyone – left, right, on the extremes and everywhere – is a good way of tempering the extremities of people’s political opinions right now,” says Heydon.

“A bit of temperance and being rational at moments like this, where everything feels like it’s fucking ridiculous, is really important.”

Check out the rest of our Kings of Comedy series.

Linkedin
RELATED ARTICLES
OTHER ARTICLES
After building his reputation covering the US civil rights movement in the 1960s, the photographer went on to produce some of the most enduring images of the past century.
Since 2007, Gideon Mendel has made 20 trips to document floods in 13 countries. The result is an alarming record of what has already been lost to the climate emergency.
Following the release of his debut single, Deyaz talks battling addiction, dealing with his struggles through music, and building a budding music career from his living room.
A new film from Berghaus traces the story of Adam Raja, who left behind a turbulent upbringing to discover the healing power of climbing.
Photographer Sean Maung reflects on documenting a small town in Pennsylvania afflicted by high levels of unemployment, poverty, violence, crime, and addiction.
At his West Bank restaurant, Fadi Kattan established himself as the voice of modern Palestinian cuisine. Now, he’s bringing his innovative, bold flavours to the UK’s capital.