Art & Culture / Common is starting his own beautiful revolution 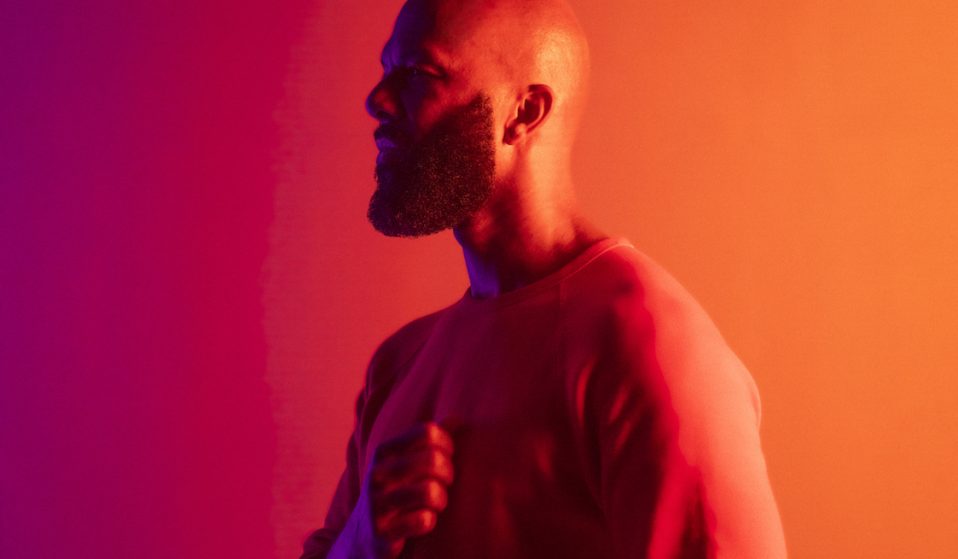 Ahead of the release of his new album, the 49-year-old rapper talks mixing his art with politics, and working alongside music’s greats.

Ahead of the release of his new album, the 49-year-old rapper talks mixing his art with politics, and working alongside music’s greats.

Lonnie Rashid Lynn, aka Common, is a busy man. The Chicagoan rapper and actor was supposed to talk to Huck last October when A Beautiful Revolution, Pt. 1 was released. But, there also happened to be an election in America concomitant to the campaign for the record, and with history weighing upon his shoulders, Common committed himself to canvassing for the Democrats and, more importantly, campaigning against the then incumbent president.

Thankfully, Donald Trump has since been turfed out of the White House. And now, Common is gearing up for the release of the magnificent A Beautiful Revolution, Pt. 2. “I’ve been toning it down and not doing as much recently,” he tells me via Zoom, looking undaunted in his Beverly Hills apartment. “I’ve just been really focusing on music, film and activism”. A cursory glance at his résumé suggests that combination might not leave much time for hobbies.

Emerging from Chicago’s South Side in 1992 as ‘Common Sense’, his commercial breakthrough came eight years later in 2000 when he signed to MCA and sold close to a million copies of his fourth album, Like Water For Chocolate. As a member of the inspired turn-of-the-century Questlove-led Soulquarians collective, he collaborated with his roommate, the late, great J Dilla, as well as the Neptunes, Mary J. Blige, Erykah Badu and many more besides on his eclectic, slow-burning epic Electric Circus in 2002. His biggest album Be, out in 2005, was mostly produced by his friend Kanye West.

As a popular purveyor of conscious rap, he’s gone on to work with everyone from Stevie Wonder to Lily Allen, he’s written two well-received books, and had high profile beefs with Ice Cube and Drake. Where music and film intersect, he holds the distinction of being the only rapper in history to win an Emmy, a Grammy and an Oscar. He’s starred in a number of films, perhaps most memorably as James Bevel in the civil rights drama Selma from 2014, which was nominated for best picture at the 87th Academy Awards.

Huck sat down with Common ahead of the release of his new album to discuss being part of the Soulquarians, defunding the police and the uplifting power of music.

Last year you were on the ground campaigning for Joe Biden. I’d initially been pleasantly surprised by his administration, but the honeymoon is definitely over now, isn’t it?

You know, listen, now it’s time to hold Joe Biden and Kamala Harris to account. I don’t believe they’re going to heal what’s been 400 years of systemic oppression, but they can take steps and start the healing. I do believe they will but politics is politics. The honeymoon period is over; we want to see change, and we have to continue to be the change that we want to see, too.

You say in a lyric that you’re neither left nor right but in the Bob Marley ‘Everything’s Gonna Be Alright’ party. Where do you see yourself on the political spectrum?

I go where I see the needs of people. Like if I go to a community in Florida, I’m going to go with a candidate that I think will do right by the people. I do my best to inform myself about who’s involved in these campaigns, and I have a team that helps me. What’s their history? What were they doing before they started running? They can say all kinds of things, but who were they before this election?

As a musician deeply involved in politics, do you ever have nightmares that you’ll turn into the hip hop Bono?

No, because going to the neighbourhoods and listening to people, I don’t think that I can save their lives, but I can help and support them and create opportunities for them to save themselves. I feel like I’m in tune with what’s going on with people, and when I’m not, I just make sure I listen to them. I’ve also realised that it’s not always up to me to say something, so I’m learning to make sure that I’m not a preacher cat. Also, I’ve never sold that many records. 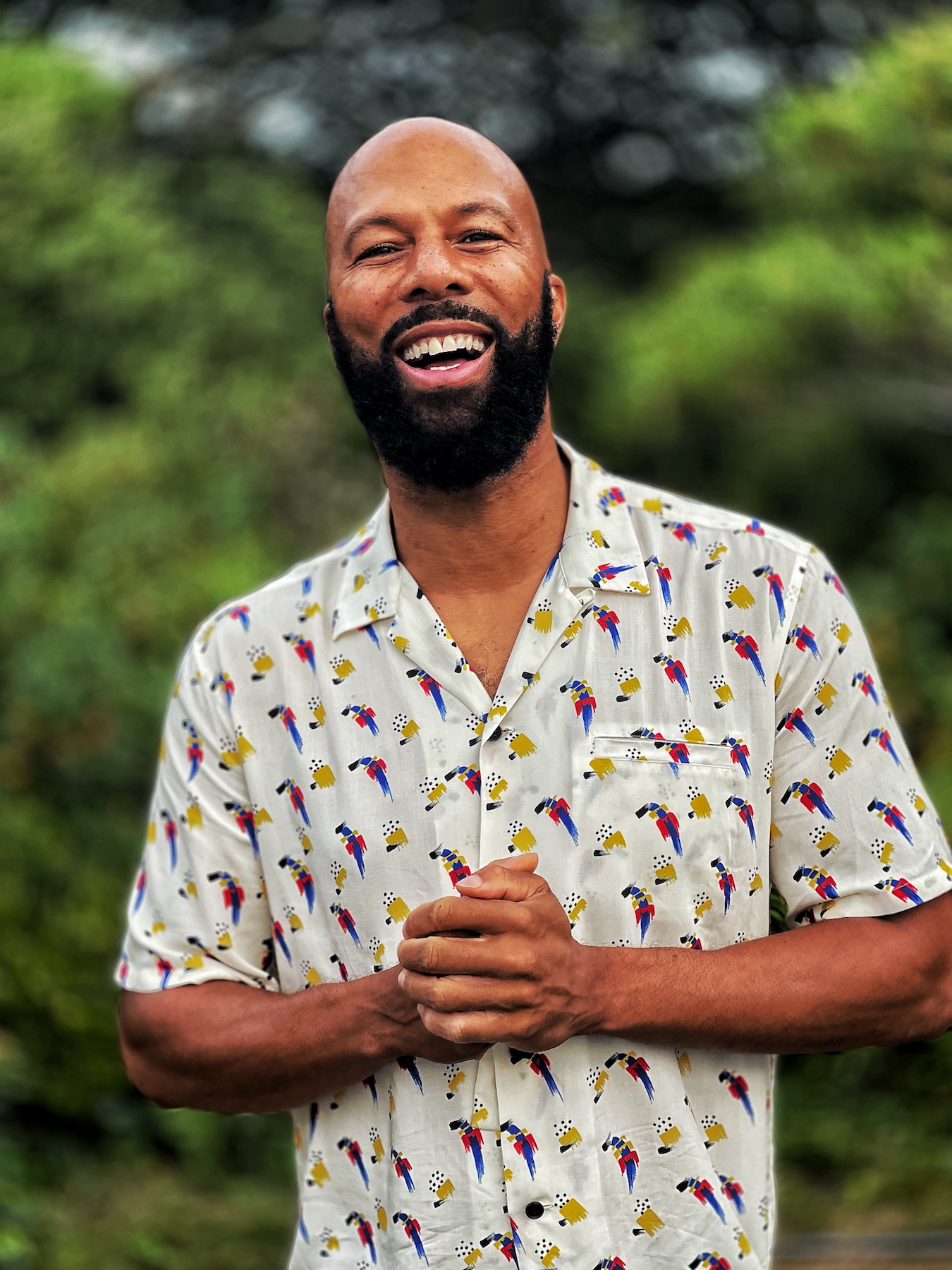 The new album is very positive and uplifting isn’t it?

That’s how I am as a person, and I’ve realised the power that music can have on individuals. I’ve had people come to me after concerts and say, ‘Your music made me decide to have my child instead of getting an abortion’, or ‘This music got me through a difficult period at college’, or ‘Your music helped my brother while he was in prison’. Music can really change people’s lives.

What was it like being around so many amazingly creative people as part of the Soulquarians?

Let me tell you, the Soulquarians are probably the most creative collective that I’ve been around in my life. We’d be having jam sessions at the Electric Lady [studios] and Mos Def would be recording in one studio; I’d be recording in one, D’Angelo recording in another and Erykah [Badu] would be coming around. J Dilla would fly in from Detroit, or I’d fly to Detroit and bring James Poyser, and we’d all create together. And then there’d be Questlove, James and Pino [Palladino] all in one session, and I’d be creating something, so I was around some of the greatest musicians to ever walk this planet. I learned so much.

There should be a book about Soulquarians! Maybe you should write it?

I think I could write it, but Questlove would be an even better author because he was the centrepiece. He sparked a lot of things and brought us together. Questlove is a great writer, too.

Electric Circus is my favourite album of yours. It didn’t get the best reviews at the time but it’s stood up well, don’t you think?

I’m so glad you said that because I wanted to go somewhere beyond where hip hop artists had gone. When I released it, it was not getting a lot of love, but later on in time, more people told me they appreciate it.

And J Dilla’s beats are phenomenal.

You might not have sold as many records as U2 but you worked with Stevie Wonder. Better, surely?

Yeah, he recorded a harmonica part on A Beautiful Revolution, Pt. 1, and he calls me up at one o’clock in the morning. I was like, man! You could honestly never have told me that one day I’d be FaceTiming with Stevie Wonder at one o’clock in the morning. This is incredible. Like, Stevie Wonder is actually FaceTiming me, playing me my own song he just played harmonica on. Man, this is the way it is right now [laughs].

You’ve worked extensively with, and are close to, Kanye West. How did you feel when he was hanging out at Trump Tower?

Kanye is my brother and I love him. My mother and his mother were close at a certain point, but me and him are like brothers. And you might not agree with everything your brother does. Me and my mother don’t agree all the time, and I love her like I love no other. So when Kanye is talking about supporting Trump, I’m like, man, I’m not with that, but if we get into a conversation about it, we’ll say what we think and keep it moving, as that’s the love we’ve got for each other.

Finally, in light of recent and not so recent events, what are your feelings on the ‘defund the police’ movement?

I went out protesting, and when we were chanting ‘defund the police’, I was there with them chanting, and I still support and respect them. More than anything, ‘defund the police’ is saying: This can’t keep happening. We’re paying money to the people who are killing young Black and brown women and men. I’m not anti-police, I’m anti racist police. But my belief is that if we can have police officers who go through social training, who come from these communities that they police, and if we also have mental health programmes for police officers and a federal organisation that deals with officers who’ve killed innocent individuals, then these are some of the ways we can resolve these issues. But I’m not like, ‘Yo, kill the police’. That’s not my mentality.

A Beautiful Revolution, Pt. 2 is out 10 September 2021 on most major streaming platforms.

Linkedin
RELATED ARTICLES
OTHER ARTICLES
With skyrocketing rents, packed out viewings, bidding wars and more, renting in London has never been harder.
For over a decade, gamblers have won big by employing people to place live bets from the court. But does this dubious method still work?
Thousands attended the annual event this year to wheelie through the city and call for ‘knives down, bikes up’.
Rhiannon Adam spent three months capturing an ageing society wracked by division, isolation, and the aftermath of scandal.
Birdy Chu reflects on documenting the historic moment in which the territory was formally passed back from the UK to China.
Photographer David Corio’s archive offers a glimpse inside a revolutionary era of music and nightlife.