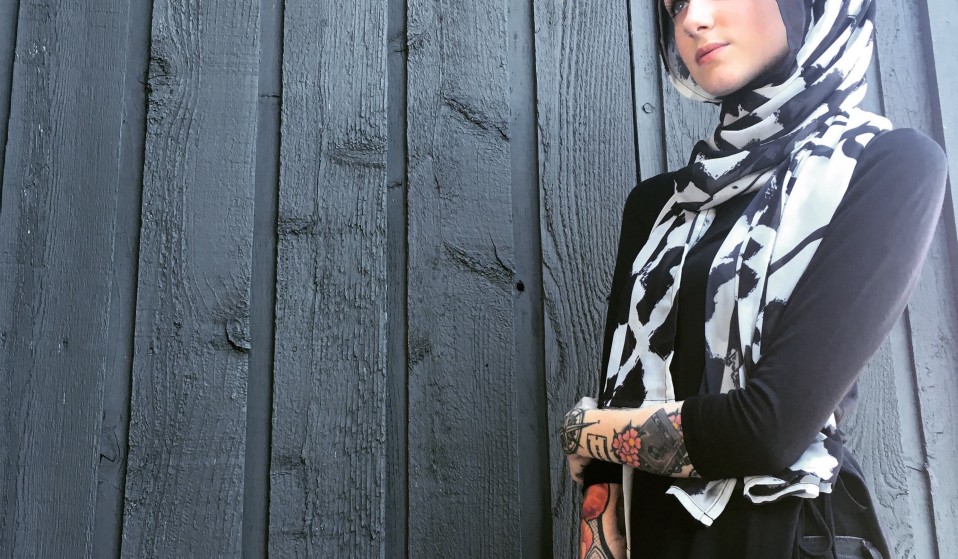 Kendyl Noor Aurora is a fully tattooed head-scarf wearing Muslim woman, and she isn't afraid to practice her faith while embracing her love of getting inked.

Permanent tattoos are considered a taboo amongst much of the mainstream Muslim community. Several Sunni Muslim scholars believe tattooing is a sin, because it involves changing the natural creation of God, inflicting unnecessary pain in the process. But a new generation of young Muslim women are pushing down barriers and making their mark on their community, and nobody is doing this more than New Yorker Kendyl Noor Aurora.

Think you know what a young Muslim woman in a Hijab looks like? Think again.

There’ll rarely be a time where you’d spot a woman with hijab and tattoos, and when you do, criticism is always lurking around the corner. In the eyes of many in the community, tattoos and hijab just cannot co-exist. Regardless of any disapproval, Kendyl seeks only the approval of herself and God, remaining firm in her beliefs, and continuing to rock her badass look.

It was on her 16th birthday that Kendyl got her first tattoo, an atlas on her forearm. “It reminds me that there is so much of the world that I want to see”, she says now. It kept her positive when she was being bullied, reminding her that there was more to the world than high-school. 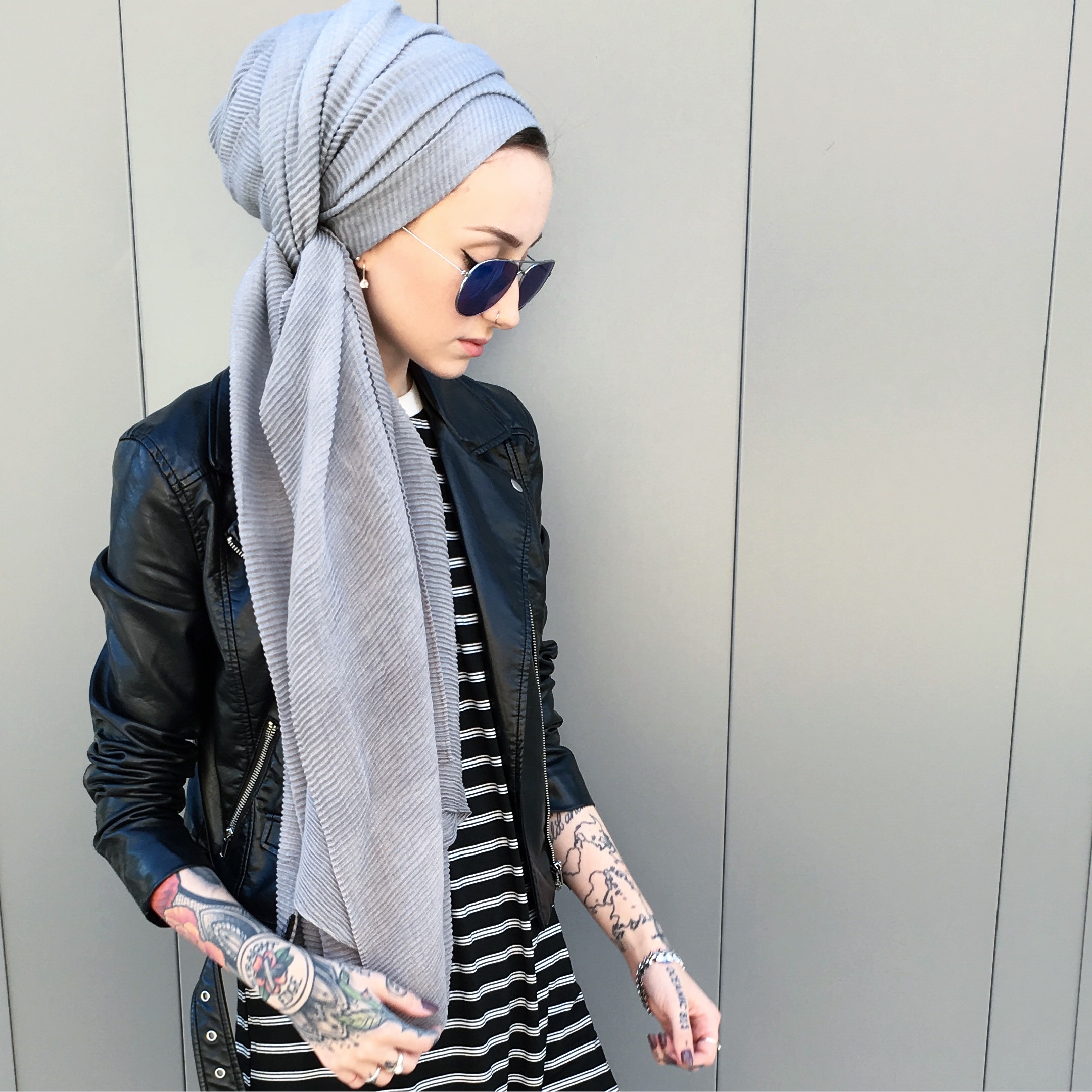 Raised by a Roman Catholic family in upstate New York, getting inked was nothing too out of the ordinary back then. But when Kendyl chose to convert to Islam in April of 2013, her love of tattoos got slightly more complex.

Now both her hijab and her tattoos hold a valuable place in her life: she describes her tattoos as “a visual art form” that convey her story, and her hijab as “an external manifestation of her love and devotion to God.”

“Choosing to wear hijab was a challenge for my family to accept,” she explains. ”I lost many friends when I chose to become Muslim, and even lost a family member, so this was not a choice that was made on a whim.” 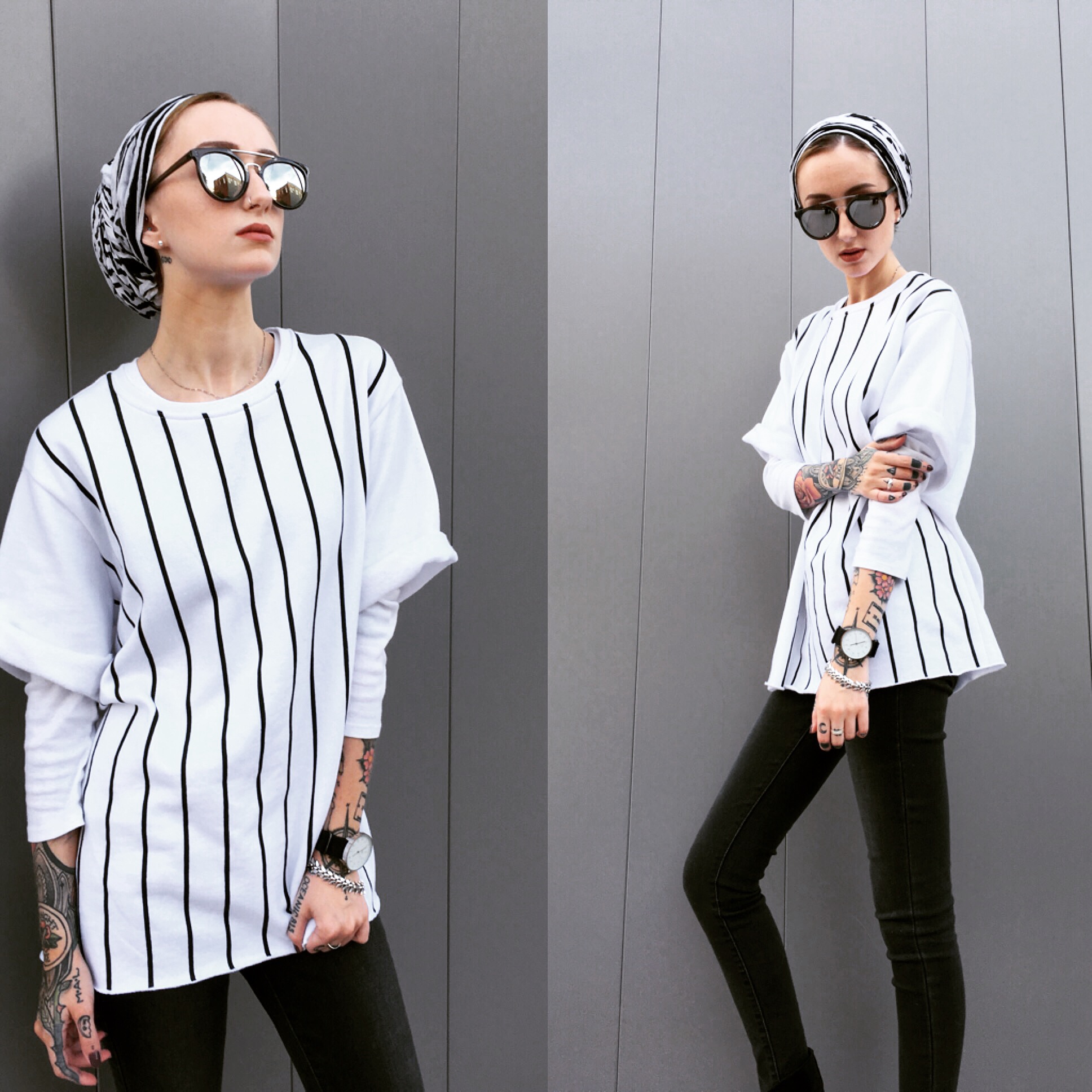 Ostracised from many she grew up with, Kendyl quickly found the way she looked would make life hard for her in the community she was entering into.

“I remember the feeling I had the first few times I went to mosques, how I could feel the stares from sisters”, recalls Kendyl. “I had the urge to tug my sleeves down over my hands, and trying to ignore the inevitable whispers behind me. It was an extreme feeling of isolation, the community felt like an exclusive club and I could never fit the criteria for membership.”

Despite the negative reactions from the Muslim community, Kendyl believes that the reactions stem from large cultural divides rather than hatred or disdain. She’s got Chelsey Love, the first tattooed hijabi she met, to thank for making this clear.

“She encouraged me on my journey and reassured me constantly that there is a place for each and every one of us in this community.” 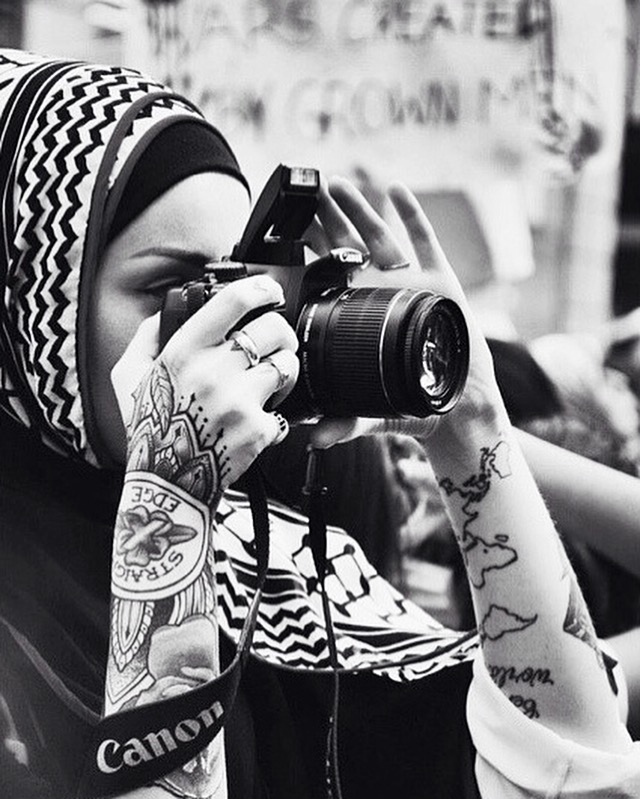 It was after this that Kendyl started to feel comfortable with her identity, and no longer feels the need to separate her communities but rather embrace herself for who she is. She’s now made many other tattooed Muslim friends, but it’s been tough. “Sadly is it far more challenging to “fit in” to the Muslim community when you’re heavily tattooed, but I don’t think that that should be a permanent situation.”

Determined to tackle the negative stigma that she’s still bearing the brunt of, Kendyl now uses social media and YouTube as a means to spreading her message, reaching out to other Muslim women in her position.

She promotes her unique look through Instagram, displaying modest fashion inspiration and looks, while using YouTube channel to talk about her experiences and opinions. She’s an inspiration to many who struggle with the ongoing issue of conflicting identities.

“No one can invalidate your faith, there is no cookie-cutter Muslim, our diversity is something to be embraced…you DO have a place here.”

She’s been through a hell of lot: from being misunderstood by other Muslims, losing friends and family members in the process of finding her faith ,and choosing to wear the hijab in the USA – a country steeped by western beauty standards.

Kendyl now lives by the quote “Either exist as you are, or be as you look.”

“My name is Kendyl Noor Aurora, I am a Muslim.”

Linkedin
RELATED ARTICLES
OTHER ARTICLES
Our new magazine is here, starring the inimitable Mitski. Order your copy now and join us on a trip around the world.
The author discusses her blistering new novel about history, revolution and queer love.
From the Yakuza to a biker gang, Bruce Gilden recounts capturing Tokyo and Osaka in the ‘90s.
The revered showbiz chronicler recalls his journalistic beginnings, documenting subcultural scraps in the ’80s.
In the last of our dispatches from OFFF Barcelona, Rufus Deuchler and Vincent Gault discuss the future of creative process.
Photographer Robin Graubard’s debut book offers an unflinching record of turbulence and change across the Balkans.