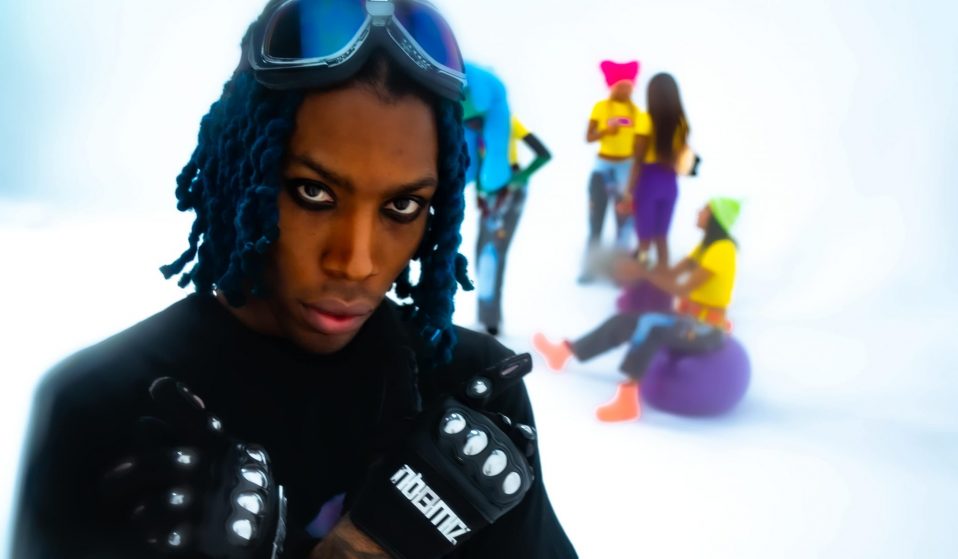 After a two-year hiatus and a new album, the Nigerian artist is riding high. Now, he wants to bring his alternative, genre-bending sound to the world.

After a two-year hiatus and a new album, the Nigerian artist is riding high. Now, he wants to bring his alternative, genre-bending sound to the world.

Stepping into the world of Cruel Santino – the Nigerian singing-rapping enigma who formerly went by the moniker Santi – is a colourful adventure. A part-time Korean film buff, full-time music omnivore, when Santi’s not songwriting and producing, he’s designing his own anime and bringing his trademark avant-garde visuals to life on set. Santi doesn’t just make subculture; he is subculture personified – a musical phenomenon who’s just as enchanting in person as the worlds he builds. His sound and style in four words or less? “Right now, I’d say it’s alternative, indie-space madness.”

Three years ago, listeners were venturing into the dark, twisted fantasy of his career-defining sophomore album Mandy & The Jungle. But after a global pandemic and a seismic social justice movement known as #ENDSARS rocking his native Nigeria, Santi has been born again as Cruel Santino. Naturally, the burning question on everyone’s lips is: what happened to Santi?

“Nothing happened to Santi, man,” he laughs, speaking over Zooming from his Lagos flat. “He’s still there. You know what’s so crazy? I made Mandy three years before it came out. Not that many people know that. But I say it all the time sha, by the time it dropped, I was already passed what people were expecting from me.”

Following a two-year hiatus, Santi is feeling invigorated. “The past two years I’ve learnt so much about so many things. Coming off Mandy, getting signed to a label and new management and just travelling more and seeing things… it was beautiful. After all of that, the world sort of went crazy. I feel like quarantine kind of glitched everyone’s brain. I spend my whole life inside, so being locked in, I went into, like, a deeper part of my mind.

“Cruel Santi is like…I don’t even know if it’s the final form, but I just know it’s the most connected form to who I truly am.”

On our call, Santi’s returning from a passport drop, after a long, drawn-out battle with the British embassy. We switch gears from the indignities of travel on a Nigerian passport to talking about Lagos nightlife experiences. “Nigerian clubs… I mean sometimes it’s fun o, don’t get me wrong. But I like, like, actually having fun. It was nice to see people out who don’t give a fuck, they’re just dancing.” He smiles in spite of himself, saying: “Trust Nigerians. No matter the hardships we still try and have fun. It’s just at this time, this hardship right now is hard, o!”

Every now and again, Santi absent-mindedly runs his fingers through his twisted locs, fashioned in a shoulder-length bob and dip-dyed a playful forest green. “I like dancing. But I’m really timid. I would rather be in a place where me and my friends can dance and there’s arcades and board games,” he says. An introvert with a penchant for raving, Santi is slowly coming out of his shell – both creatively and personally. “I’ve been going out a lot more, meeting more people. Working with a lot more producers. I could list 300 things I’m doing, but in short, I’ve just been growing. To channel that alternative Santi that people miss… I just wouldn’t feel personally happy. There’s still ways to blend and alchemise it and stuff. But me, I listen to a lot of music. I just wanna make stuff that you’ve not heard before.”

His latest project will appeal to even the most intrepid of alternative Nigerian music listeners. Set in an alternate universe that would give the Marvel Cinematic Universe a run for its money, Subaru Boys: Final Heaven is an odyssey. “I can’t lie, I got into a deeper world of sounds last year,” he says. Part fantasy, part adventure, it’s an immersive deep dive into Santi’s Atlantis: a technologically advanced, Afrofuturistic marine society of sea humans and creatures, existing undisturbed by the surface world. “I just said I’m gonna get as deep as I can in this bag, to the point where I didn’t really see [Subaru Boys] as music. I kind of made it to feel like an audio book, where you can just leave it to play and have low-fi things going on.” 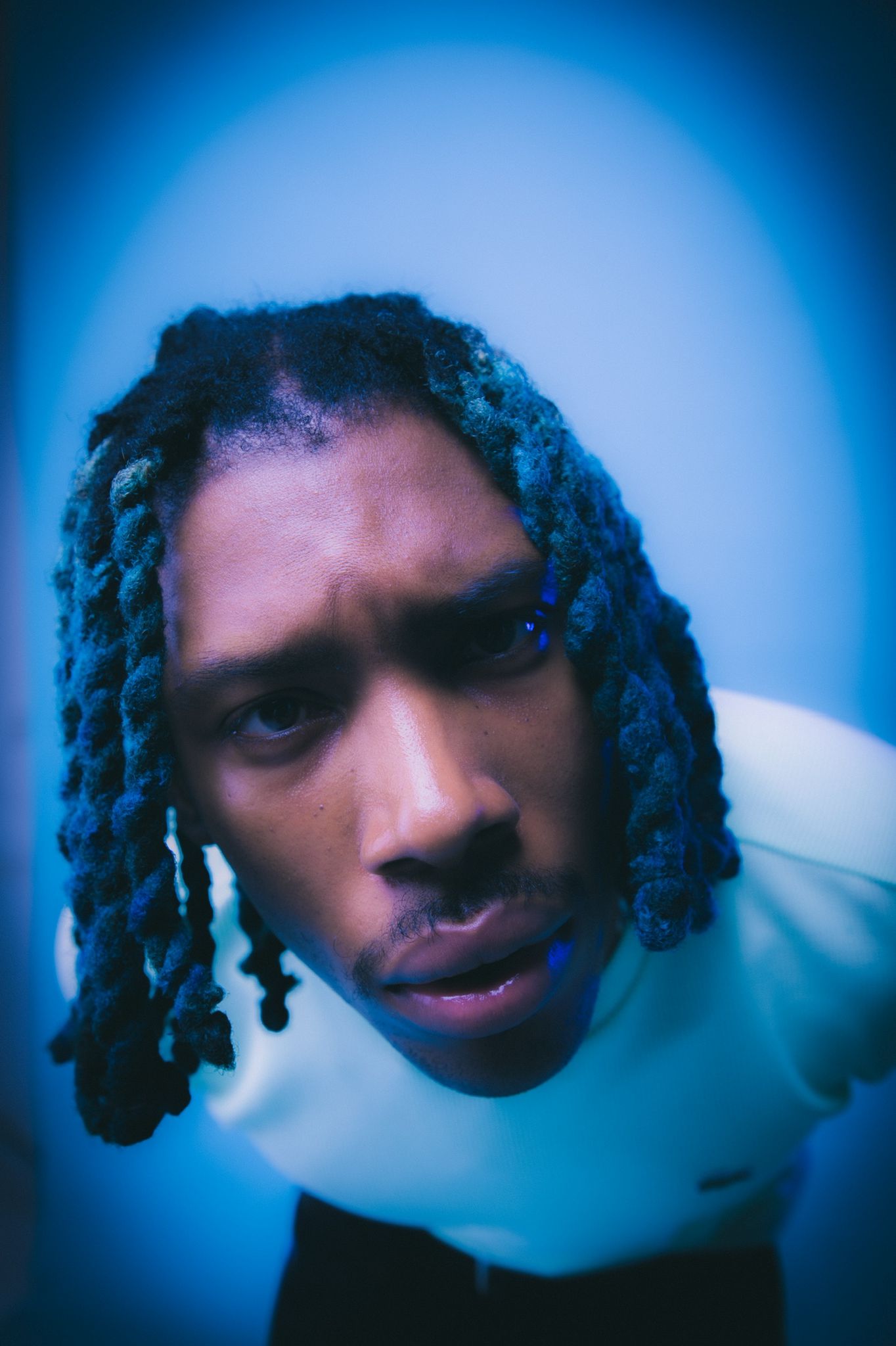 So what exactly is a ‘Subaru Boy’? “They’re just alternative niggas man. Once you just see a girl dripped out, you’re just like ‘Yeah, you’re a Subaru Girl.’” This alternative scene – commonly referred to as alté – is where you’ll find the true heroes of Nigeria’s story. Charged by the brightest of Lagos’ nonconforming youth, alté is more than a genre. It’s counter-culture in the face of Nigerian conservatism – a direct hangover from British colonial rule. It’s the rebel sound raging against reigning champion Afropop, popularised by the likes of Wizkid, Davido and Burna Boy. Providing the soundtrack for a new vision of Nigeria, it’s a lifestyle, cultural renaissance and a movement all in one, for which Cruel Santino is considered the vanguard. “Since I dropped the project, Subaru Boys has been used to describe people in the alternative scene, so that’s kinda cool.”

There’s a strong current of escapism flowing through the work. “Someone even described it as Nigeria in space, and that’s the perfect description for me,” he says. “It’s very futuristic but it still has a bounce that Nigerians would process and like.” With its star-studded guest features – from the likes of Koffee, Skepta, Amaarae and Gus Dapperton – Subaru Boys stands worlds apart from Santi’s previous works. “It’s a lot more complex than the rest of my projects,” Santi says. “Subaru was me gauging everything and saying ‘Yo, I owe it to my past works to do what they will be proud of.’” 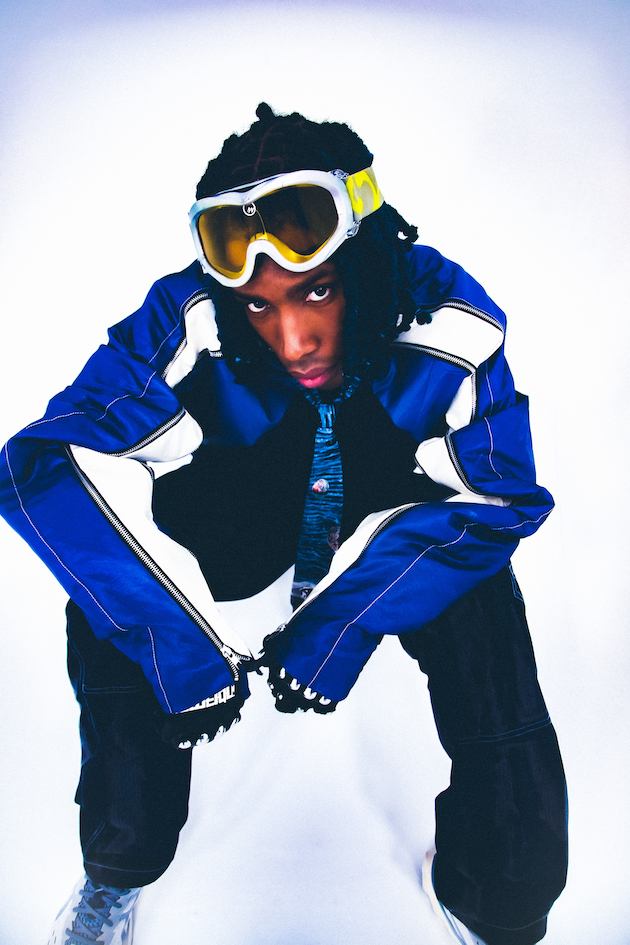 Spellbinding from the first track, we find Santi’s aquatic Wakanda in the throes of insurgency and in need of a new set of heroes. The parallel with his own reality is uncanny. Reflecting on a cataclysmic year for Nigeria –  one that saw Nigerian youth take to the streets in their thousands to protest against police brutality – Santi says: “From then till now, everything’s going crazier. We’re probably in one of the worst states we’ve been in, in this life.”

While a general election looms ahead, a new world order is desperate to come up for air. “The [younger generation] are smarter. They know the power is in their hands to make Nigeria better,” he says.

It’s in chaos that Santi found community and a springboard for Subaru Boys. “Pandemic was crazy, man,” he reflects. “I came out of a crazy ass break up with someone that I really loved. Then I came back to Lagos and the scene had erupted so much. I was seeing, like, everyone didn’t give a fuck. I was just overwhelmed by it all – in a good and bad way. Everyone here is on the same frequency; we’re just trying to be OK, to get by.”

And things don’t look like they’re stopping anytime soon for the genre-bending visionary. First stop? Releasing the world’s first Nigerian anime. “With crazy character design, crazy story, crazy everything. I’m trying to bring Subaru to the whole world,” he says. Santi has his sights firmly set on the stars and beyond. “I’m staying more out of my comfort zone; showing more of myself, doing a lot of crazy and fun stuff. I never want to be silent again.”

Subaru Boys is available on most major streaming platforms.

Linkedin
OTHER ARTICLES
A new film from Berghaus traces the story of Adam Raja, who left behind a turbulent upbringing to discover the healing power of climbing.
A recent High Court ruling against the right to wild camp in Dartmoor National Park sparked the largest land protest in history – and campaigners say their fight is not over yet.
Following the release of his debut single, Deyaz talks battling addiction, dealing with his struggles through music, and building a budding music career from his living room.
After building his reputation covering the US civil rights movement in the 1960s, the photographer went on to produce some of the most enduring images of the past century.
AI companies that develop image-generators using copyrighted artwork from the internet are coming under fire from artists who say that it amounts to theft.
At his West Bank restaurant, Fadi Kattan established himself as the voice of modern Palestinian cuisine. Now, he’s bringing his innovative, bold flavours to the UK’s capital.