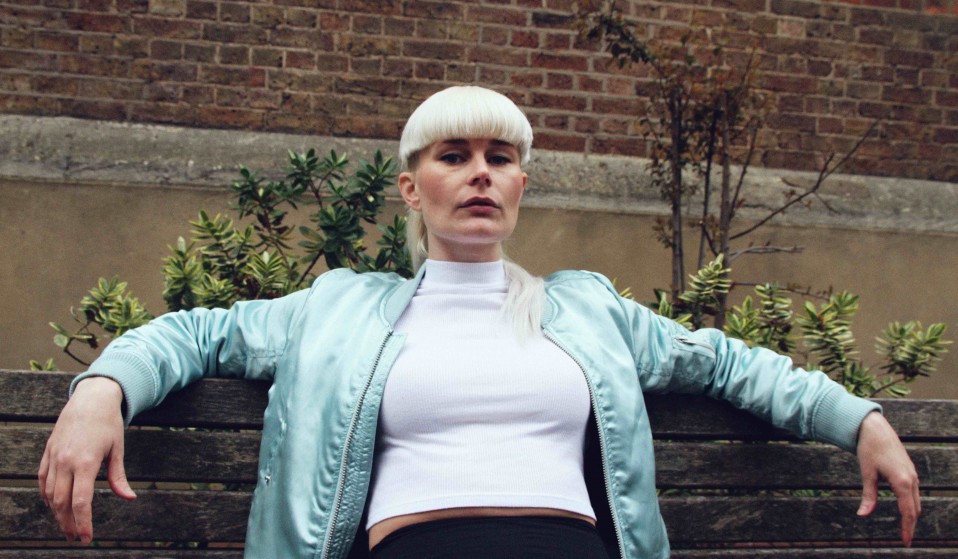 Aagaard, who’s stage name is KIll J, is on a fleeting visit to London – meeting me right after a session at Maida Vale with Huw Stephens for Radio 1. The electro-pop vibes that KIll J pumps out are pulling in some attention, as soon as we’re done with the shoot she’s flying out the U.S, having only crossed the Atlantic a matter of weeks ago for her stint at South by South West.

“It’s going to be strange heading back to California”, she says, as the musicians she’s rocked up with pop outside to take a look around East London. “At 19 I had a quarter life crisis and moved away from Denmark to California for a couple of years. I needed the sun, but I didn’t do music for those three years.” She hasn’t been back to the States since, and this return to meet producers marks a big moment in her ascendancy. 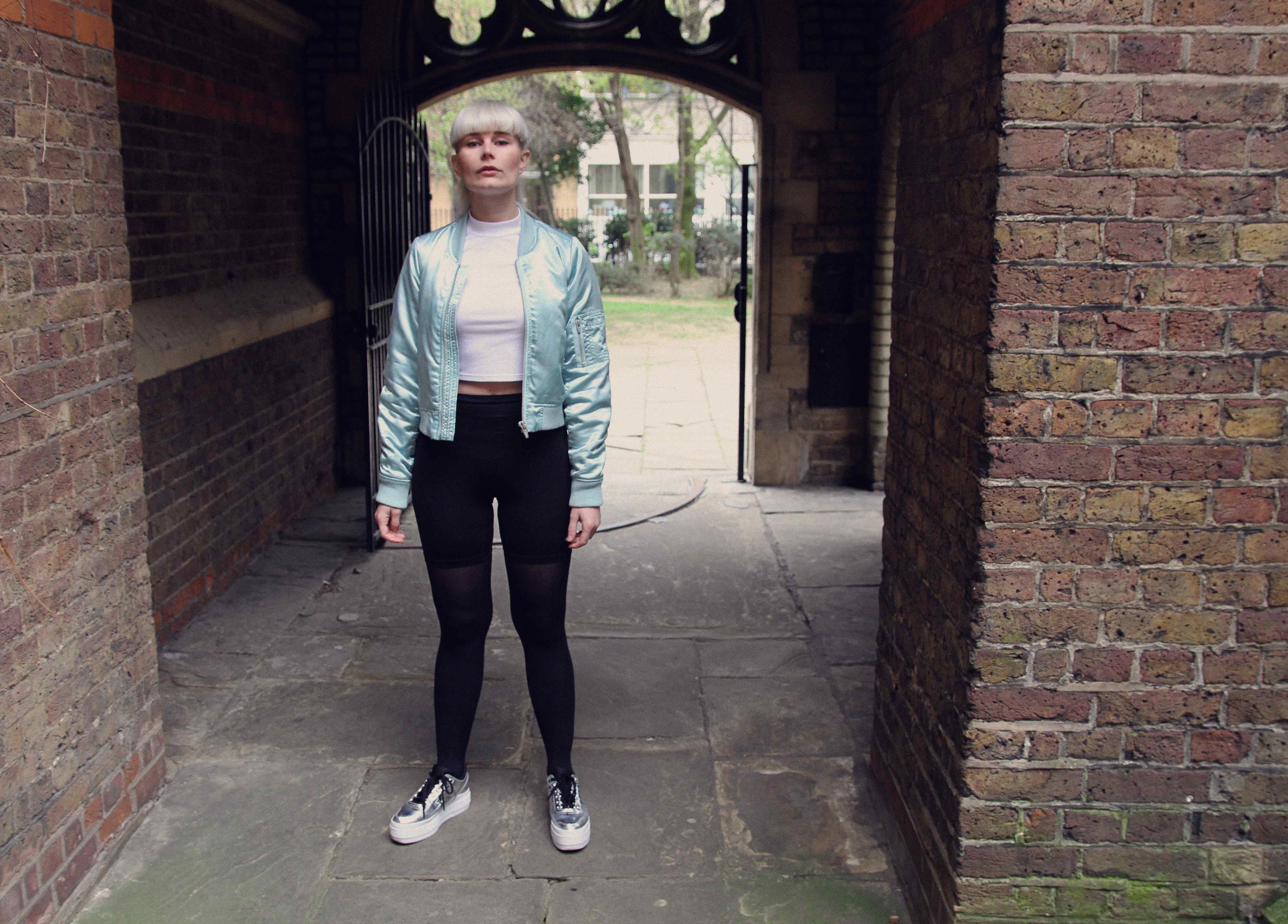 At 22 she headed back to Denmark – having missed the music. “When I came back to Denmark I wanted to be part of the creative process of making and writing music, not just performing it”, she says.

Producing her own work felt like a natural step forward, but she talks of the fear she felt when starting out. Sure, we all feel a bit nervous when getting creative and learning new skills, but for KIll J there were other hurdles to overcome.

“The way I was raised, the environment I grew up in, I was told to be a good girl, to be compliant and passive”, she reflects. “This whole KIll J thing – it’s obvious to me now – is a reaction to that.”

Despite Scandinavia’s reputation for being at the forefront of gender equality – the World Economic Forum 2015 gender gap report put Iceland, Norway, Finland and Sweden in their top 4 – the music industry continues to be dominated by men.

“I was the only woman that I knew messing around with synthesisers and production, everyone else I knew in that environment was a man,” KIll J remarks, sipping on her Coke as she takes a moment to think.

“I don’t think it’s just in Denmark – you can see the people I’m travelling with now are all men, the people playing with me on stage, who are super creative and I love them, but men. I would love to work with more women.”

“I do feel I need some more oestrogen in my life!” she laughs.

When KIll J first got into the industry, securing her first signing, she says she had an idea that the music industry was on the forefront of pushing women forward. “I’ve realised now it’s a very conservative place to be.” But from her perspective it’s changing. “I actually see on the business side of my industry a lot more women, my age, mostly younger, who are managing, booking, promoting, which is great.”

Within production, however, KIll J still feels we need to get out shit together.

“To fix this a lot needs to happen,” a determined KIll J asserts, as we head out into the drizzle for the shoot. “First up girls need someone to look up to, someone they can see as a role model, women in the industry who are leading the way.” 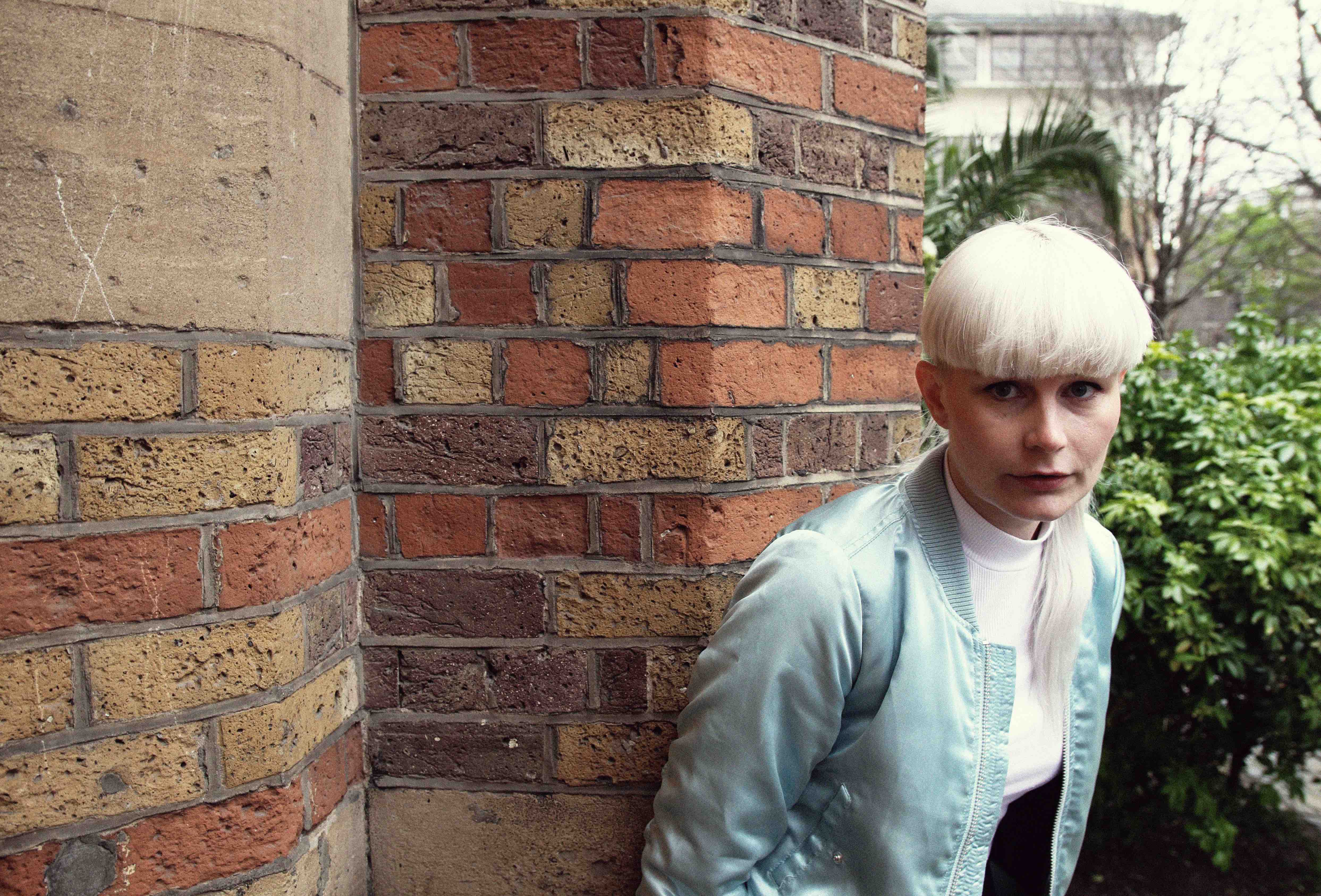 She also speaks fondly of state–funded Scandinavian music programmes that allow young people to experiment regardless of how much money sits in the family bank account. “This needs to happen more, and girls in particular need to be encouraged.”

“We’re not expected to play drums and join a band, but to sing a song alone and look pretty. Even me, I’m a cliche! I’m a singer, we’re encouraged to be solo artists, we’re told not to interact musically.”

KIll J has broken down those barriers, perfecting the craft of production while writing her own work too. Despite the problems in the industry, she’s pushing her way through, and argues it’s not just execs who need to reassess their outlook; listeners need to consider their expectations too.

“When you’re watching a video or performance by a female artist, are you expecting her to be passive? Do you automatically assume she didn’t produce or write what she’s performing herself?” she asks, grappling with an umbrella as our photographer fixes up the lights.

“I never get asked if I produce, if I write my own songs, I get asked who produces your music? who writes your songs? The presumption and the expectation is that I wouldn’t.”

Her music now is addictive and haunting, tunes like Phoenix pull together her impressive vocal range with a bold bassy beat. While it’s a far cry from the classical genre she cut her teeth on, the control she has over her instrument is obvious.

When it comes to her musical inspirations there’s a pretty eclectic mix. “Bach and Mozart, the great composers surrounded me growing up – then I listened to a lot of cookie-cutter pop – Mariah Carey, you know?” Phil Collins was another musical hero, although having learned the lyrics phonetically by stealing her sister’s CDs, KIll J was later disappointed that the love songs she thought she’d been riffing on were in fact about people starving in the streets.

With her entourage arriving back to meet us, and with takeoff time for LA ticking closer, I ask whether she’s had any concerns about being so outspoken and vocal with her criticisms of the industry. Artists, especially those still establishing themselves on the scene, are often hesitant to criticise the business so openly – not wanting to make a scene or piss of the big dogs in the boardroom.

“A big part of why I became a musician is because I have something to say. It can be a stupid love song, but if it feels important right now, then it matters”, she suggests.

“It would be impossible for me to not talk about these issues, it’s what I’m about, and I think it’s a trend that’s spreading”, she continues, pointing out that social media has broken down the barrier between artist and listener.

“Maybe right now people are starting to not give a shit about what people are telling them to say or not say”, she grins, “I certainly hope so.”

Linkedin
RELATED ARTICLES
OTHER ARTICLES
For over a decade, gamblers have won big by employing people to place live bets from the court. But does this dubious method still work?
Ahead of the release of their first collaborative album, the producer and rapper talk psychedelics and the state of UK hip hop.
Photographer David Corio’s archive offers a glimpse inside a revolutionary era of music and nightlife.
A 37-year-old woman shares how her abortion led her to become a clinic worker, and the abuse she’s received in that role.
Rhiannon Adam spent three months capturing an ageing society wracked by division, isolation, and the aftermath of scandal.
Sean Maung’s photos are a love letter to the Black and brown communities that make up New York.