Art & Culture / Dave Eggers’ advice for leading a life of creativity, on your own terms 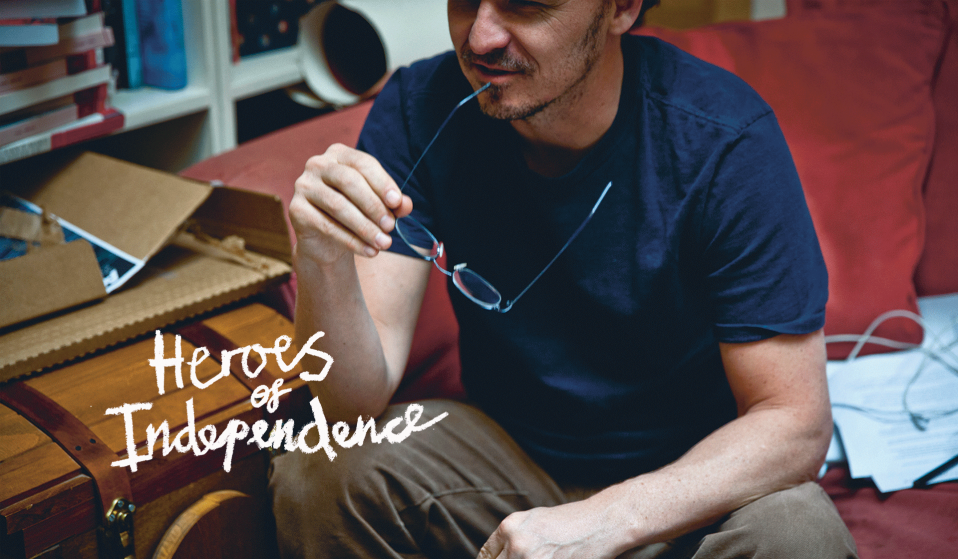 To celebrate a decade of self-rule, we caught up with icons who personify the spirit of independence. In this instalment, writer and publisher Dave Eggers shares his experience of getting shit done... without having to make soul-destroying compromises.

To celebrate a decade of self-rule, we caught up with icons who personify the spirit of independence. In this instalment, Dave Eggers shares his experience as a writer and publisher who knows how to get shit done – without having to make soul-destroying compromises.

Dave Eggers’ productivity never seems to pause. Apart from being the head of a publishing house, three educational charities and the most influential literary magazine in the US (McSweeney’s), he’s also the author of 13 books.

Eggers’ first, 2000’s A Heartbreaking Work of Staggering Genius, became a bestseller for its depiction of the years he spent taking care of his younger brother, Christopher, following the death of their parents.

Ever since then, his writing has consistently shifted in style and setting, encompassing novels, screenplays, short stories and non-fiction.

One thread running through it all is dauntless determination – an attitude that makes him one of our Heroes of Independence.

When it comes to independence as it relates to making stuff — books, magazines, music, art – it means that the creator gets final say on when something’s finished, and what form that finished thing takes. 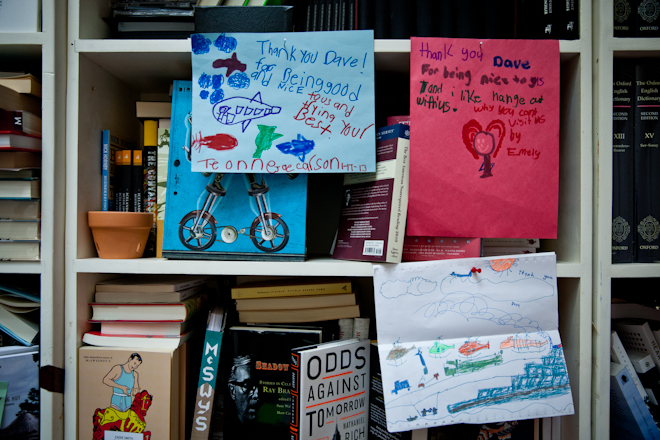 When you’re working alone on, say, a painting, in your garage, then there’s no immediate threat to independence. But let’s say you’re making a movie, and you need a million dollars to make it. Then you have some choices to make.

Do you accept the money if it comes with strings? If you suddenly have creative partners? If you’re suddenly asking permission from people you barely know? (Note: Asking for permission to create is the death of the soul.)

So the creator has to think of a way to make what they want without inviting unnecessary limits and compromises. There are, though, always ways to get things made, no matter the scale. The creator just has to be smart about what she or he is getting into. 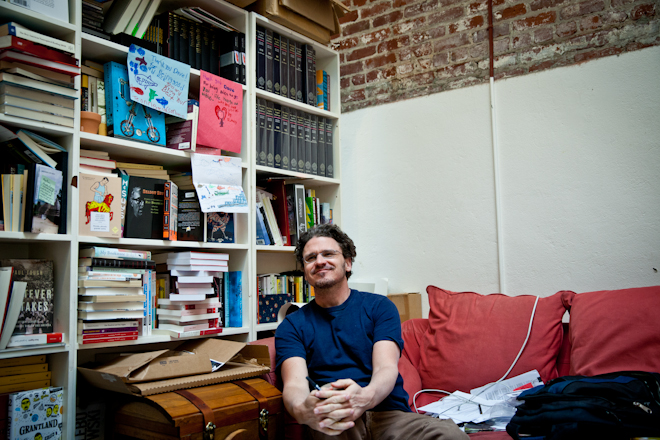 Since we last spoke, what are the biggest challenges you’ve faced that threatened your independence? And how did you handle them?

Being broke and independent is easy. McSweeney’s has always been independent but it’s always been broke. There have, though, been times when we’ve been offered to merge with or become an imprint of a larger company. With that would come financial security, but also some of those compromises and permissions that kill the soul.

What are the ideals that made you want to do this in the first place? How have you stayed true to them? 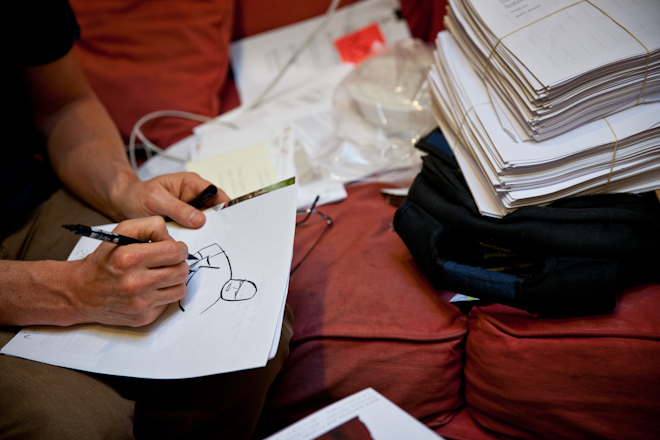 For a while, we printed all of our books in Iceland. It made no economic sense, because it was more expensive than printing in North America, but it felt like the right thing for McSweeney’s, so we did it.

That’s the kind of independence — the freedom to make even irrational choices — that means the world. Of course, had we had more business sense, or a willingness to adhere to a standard business model, McSweeney’s might be doing better financially.

Then again, maybe not. The indie book business has always been and will always be of a certain modest scale, and knowing that, and being okay with that, is key. 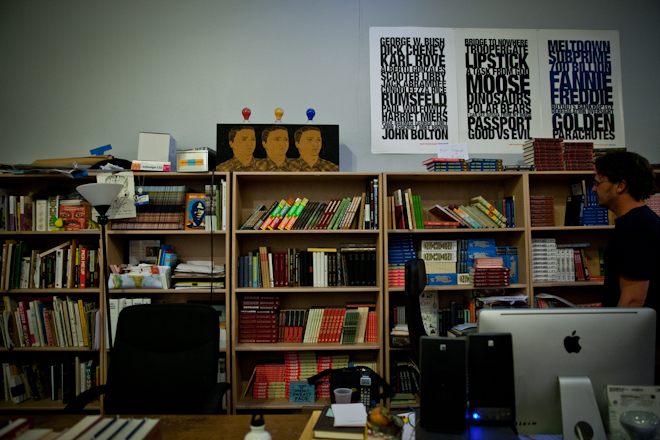 What advice would you have for someone who doesn’t feel they have ownership over their own life?

Back in my twenties, I was a temp for many years. And I did a lot of crappy design work (I was crappy, not the opportunity to work, which I was grateful for). So because I felt that working for clients most of the day wasn’t soul-fulfilling, some friends and I started a magazine, called Might.

In spirit, it was not too different from Huck. Then we continued to do freelance design work, out of the Might offices. So we had, I think, a nice balance.

We could keep Might independent and uncompromised, and then pay our rent with the design work on the side.

Most often, any creator’s life involves this kind of balance — the work you do to survive, and the work you to do to live.

Expecting to have it all in one place is not always reasonable. Being at peace with the duality is key to being a happy and balanced maker of stuff. 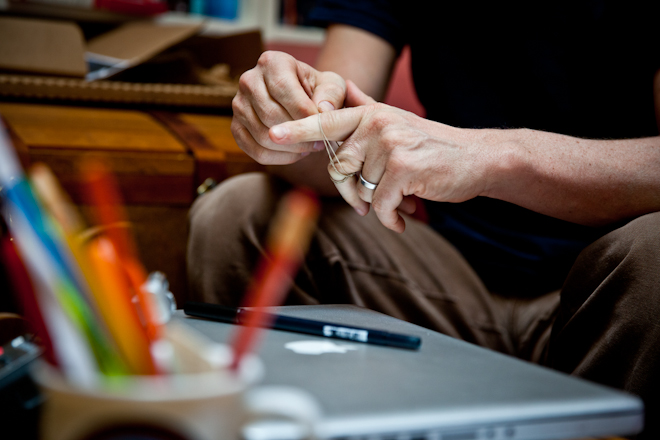 From way back, Mark Twain. He was a publisher, an entrepreneur, went bust at least a few times and came back from the dead. And he always had a sense of humour about it.

Nowadays, Aimee Mann always showed musicians a way of going about things on her own terms. Jack White, too. I tend to admire people who’d rather go around obstacles as opposed to standing in front of them, complaining.

You once spoke about the ‘latticework’ of support that you found in San Francisco when you first started McSweeney’s – a community of likeminded young people who were hungry to break down old systems and start something new. Do you still feel that energy? How has it changed?

It will exist as long as youth exists. When youth is expressed fully and rightly, it’s an age of revolution. Complacent youth is wasted youth. 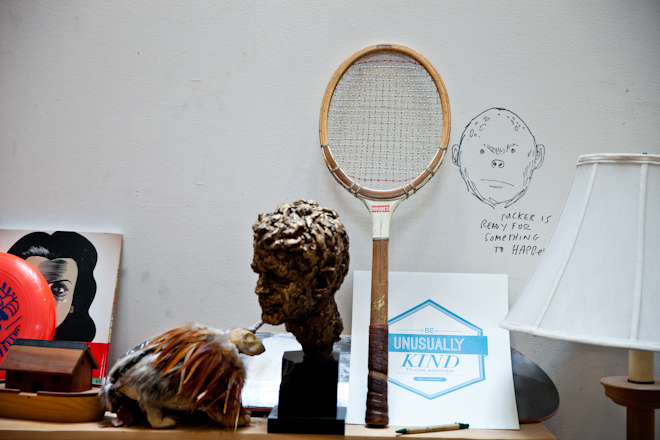 Are independence and growth bedfellows or bad friends?

The word used now is ‘scalability’, and it’s a very dangerous word. If you have a great bakery in a city, and everyone loves your cupcakes and cookies, people will immediately start asking about when you’ll open another, or a chain, or a franchise.

The assumption is that anything worthwhile must be scaled. But this is a canard. For a lot of endeavours, scaling is either impossible or it defeats the purpose of the project in the first place.

Let’s say the baker wants a balanced life, serving food to her neighbours. Now, with five franchises and five times the people to manage, she’s diluted the idea, she’s financially overextended, and she’s so stressed she can’t sleep.

Any creator has to know herself well enough to know what they really do or don’t want – [to know] what it is about the endeavour makes them happy and how to protect that.

Linkedin
RELATED ARTICLES
OTHER ARTICLES
Theo McInnes’s photos of the annual event provide an intriguing snapshot of contemporary Britain.
The action took place in response to the 200 asylum-seeking children who were placed in hotels run by the Home Office who have gone missing.
After blocking the Scottish government’s gender recognition reform bill, Westminster is now devising further changes to the law to make it harder for trans people to self-identify.
After building his reputation covering the US civil rights movement in the 1960s, the photographer went on to produce some of the most enduring images of the past century.
Activists and campaigners are fighting back against new laws that would seriously undermine the ability to take industrial action, calling it an attack on fundamental workers' rights.
As she gears up for the release of her first book, the 24-year-old climate activist talks standing up to authority and building a more inclusive movement.