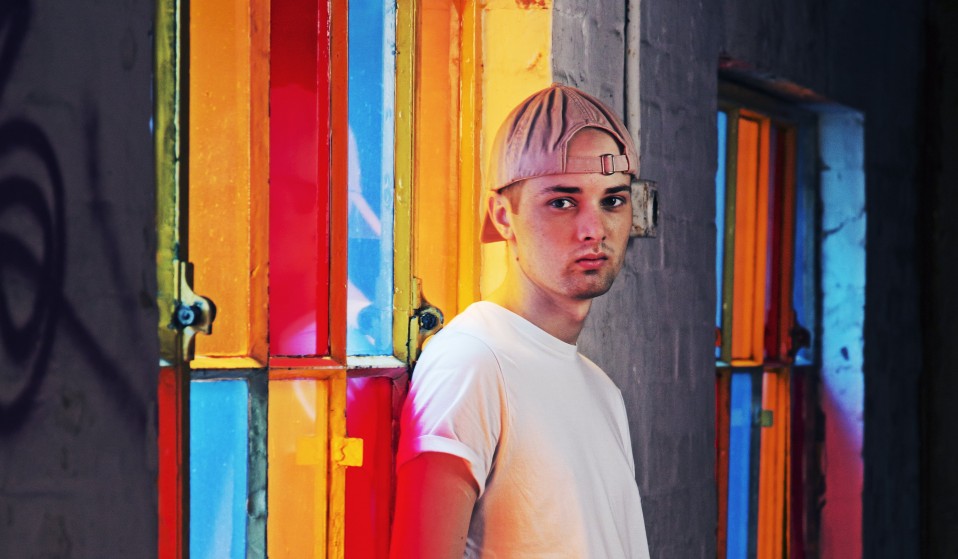 Dean Eastmond was a young queer journalist who earlier this month lost a long battle with cancer. This Wednesday join his loved ones to celebrate the 21-year-old's incredible life.

Dean Eastmond was a young queer journalist who earlier this month lost a long battle with cancer. This Wednesday join his loved ones to celebrate the 21-year-old's incredible life.

When LGBT+ journalist, HISKIND co-founder and cancer activist Dean Eastmond was first diagnosed with Ewing’s Sarcoma in 2015, he was given a 50% chance of survival. The talented young writer was soon sent to Florida for specialist Proton Beam therapy treatment and following a gruelling 12-month fight with chemotherapy, was advised that the cancer had spread.

Dean recently received the heart wrenching news that his cancer was terminal, and that instead of the years he was hoping to fight for, he learnt he was fighting for just a few short weeks.

Dean sadly passed away earlier this month surrounded by his family and boyfriend Adam, but the grief and sense of loss travelled much further: the 21-year-old’s passion, drive and kindness both before and after his diagnosis touched countless people in his short life. The publication he co-founded, HISKIND, is just one example of how he spoke to so many – setting out to make LGBT+ journalism accessible to all.

This Wednesday night (20 September), at London’s Oval Space, Dean’s friends, family, supporters are set to come together to celebrate his life. The event was planned in the hope that Dean would still be with us – a chance for him to see the love that has been so profound through an extremely difficult few months. Sadly, that is no longer possible.

Instead, his loved ones are now proud to present DEAN: an evening celebrating Dean Eastmond and his incredible achievements, whilst raising money for the charities closest to his heart and also his family who have supported him throughout this horrible period.

The evening will capture everything Dean stood for and was passionate about, from live bands, vogue dancers, spoken word, drag, live artists and live catwalk models. Some of Dean’s favourite performers will be playing on the night too, including Years & Years, Sink The Pink and a DJ set from Will Joseph Cook.

The evening will predominately be open to Dean’s family, friends and supporters, although a limited number of general public tickets are available, so drop frazer@hiskind.com a line.

HISKIND – the publication Dean dedicated his time to building – may still be in its formative stages, but when Dean was diagnosed with cancer he used this platform and others to support other patients, to raise awareness, and to fight the injustices he faced during his treatment.

Most notably, Dean has used his platform as a writer to share his journey with readers and to campaign against inequalities in the health-care system.

Due to the cancer treatment required, Dean was told early on that he would become infertile. After discussing the implications with his boyfriend Adam, his partner of two years, he decided to use the sperm bank at the hospital. However, he was told that because he was gay, if he did pass away or became mentally incapable, his partner wouldn’t be able to use his sperm sample.

Dean set out to get the policy changed and through working with Buzzfeed UK he was able to win an apology from the Human Fertilisation and Embryology Authority. The process for same-sex couples has now been brought in line with that for heterosexuals.

Dean was a huge advocate for LGBT+ equality and was incredibly passionate about the community that supported him during his diagnosis and treatment. In times of difficulty, we see shimmers of hope as members of the LGBT+ community go out of their way to support others in need. This Wednesday night, the hope and light Dean shared with so many will shine brightly, a chance not for the flame to be extinguished but to spread wider than ever before.

For tickets to DEAN – email frazer@hiskind.com.

Linkedin
RELATED ARTICLES
OTHER ARTICLES
AI companies that develop image-generators using copyrighted artwork from the internet are coming under fire from artists who say that it amounts to theft.
David 'Dee' Delgado’s photo project is about honouring and uplifting the city of his youth, and a world rapidly disappearing under the relentless onslaught of gentrification.
After building his reputation covering the US civil rights movement in the 1960s, the photographer went on to produce some of the most enduring images of the past century.
After fleeing the war in Ukraine, people are finding it impossible to secure affordable and decent housing in the UK.
After blocking the Scottish government’s gender recognition reform bill, Westminster is now devising further changes to the law to make it harder for trans people to self-identify.
Tristan O’Neill’s shots of dancers caught in moments of reverie at the height of rave’s golden age are a testament to the UK’s legendary club culture.