Art & Culture / How to collaborate without compromising yourself as an artist 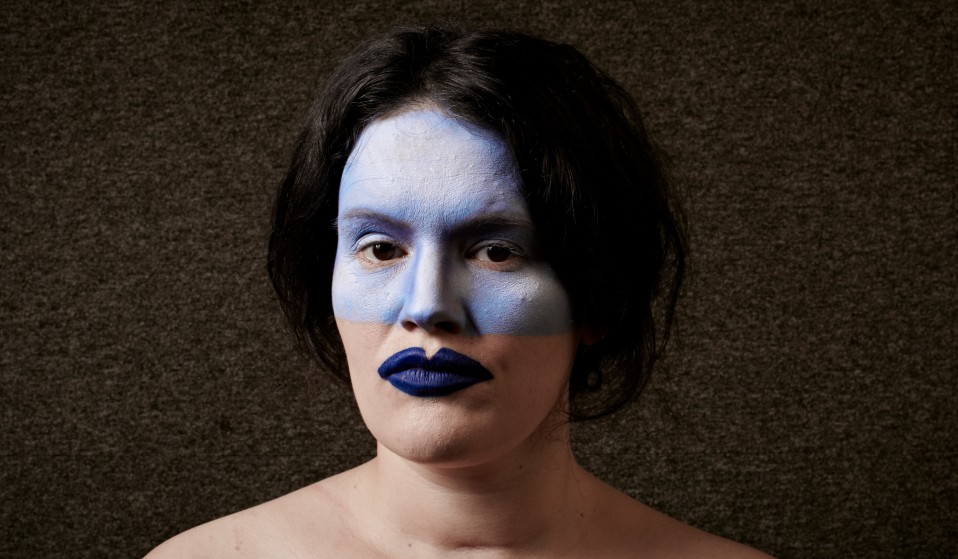 Editor of The Feminist Times and founder of ‘radical girl group’ Gaggle, Deborah Coughlin shares how she shaped her career.

Editor of The Feminist Times and founder of ‘radical girl group’ Gaggle, Deborah Coughlin shares how she shaped her career.

Deborah Coughlin is fed up with your apathy. “We need to take risks!” she insists, talking to me about the inspiration behind her latest theatre project, Yap! Yap! Yap!, a celebration of female rhetoric, recently staged at London’s ICA. We are talking about a part of the show that saw her recreate a conversation between African American scholar Bell Hooks and transgender actress Lavern Cox. “hooks says that politically she doesn’t believe in safe spaces, because they don’t allow for conversation. And that it’s important for us to have a harmonious environment where we can disagree,” she explains. “It’s an incredible speech – and you can find it easily on the Internet – but no one gave a fuck about it because they’re all too busy Tweeting at each other, rather than sitting down for half an hour and listening.” She pauses, “I think that to really have your ideas challenged and be open to change, you need to be able to listen, it’s the most basic step of radical empathy and the only way to have a kinder world.”

Forthright, opinionated and very funny, Deborah has been respectively an artist, musician, writer, editor of The Feminist Times and bandleader of alt-choir Gaggle; a colourful lynchpin in the UK’s renaissance in feminism. But there was a long period of time when she didn’t know what she wanted to do with her life; she just knew that she didn’t want to be told what she couldn’t do.

Deborah’s twenties had been spent in a fug of alcohol and recreational drugs, with time split between duties as frontwoman of tweecore band 586 and work as a journalist. “Now I would be sober during the daytime at a writing session, but when I was younger I would be drinking and working until 4am. The only people I know that haven’t succeeded at what they wanted to do either gave up, because it was too hard financially, or they drank too much!” she laughs. “I just wish I’d found people who wanted the same things I wanted earlier. But back then I wasn’t bold enough, I was just waiting for some magical mentor that never quite materialised.”

In fact inspiration came late for Deborah, and it wasn’t until she was almost thirty that a conversation with a friend prompted her to make major life changes and focus on creating her own work. “She sat me down and told me I shouldn’t be beholden to other people’s ideas, she said I shouldn’t be a handmaiden anymore.” So Deborah started to plan out what would eventually become Gaggle, with a few friends in the backroom of a pub. Meticulously designed, Gaggle emerged fully formed from nowhere in 2009. “We purposefully didn’t launch until we had songs recorded, costumes made and everything was nailed down. It’s something most acts don’t consider. But I’d learned that lesson in 586.” And it paid off; within six months the choir was named one of NME’s fifty most forward-thinking music acts. The endorsement suited Deborah’s plans to a tee. “When we started I wanted to focus Gaggle at that type of audience, because I remember thinking, I want seventeen-year-old boys to care about women,” she says.

It was also around this time that Deborah turned to psychotherapy, something she attests contributed to her success. “Therapy allows me the space to realise that there’s something more important than working all the time. I think it’s really easy when you’re creative and ambitious to become obsessed with what you are doing, and lose perspective,” she continues. “And the only way to get perspective on why you want to actually pursue your ideas is to spend time dedicated to yourself.”

If this seems like a somewhat introspective approach, it’s only fuelled Deborah’s commitment to collaboration. “When I first started taking my own work seriously – and taking myself seriously – I was really fucking uptight because I was under confident and thought people were going to take it away from me,” she says. “But now I make a beeline for people who want to do the same things. Nowadays, it’s about finding those people and going on a journey together, even if you are not actively working together, because the collaboration can help lift one another up.”

As inspiring as it is unique, Deborah’s amorphous approach to life has set her on all kinds of different paths. “I just think that all these things I’ve done fit together like a collage,” she says. But if there’s one through-line connecting everything she’s worked towards, it’s been the desire to create something that celebrates women.

“And what a wonderful theme to work with,” she laughs, “because there’s a huge void to be filled.” A gap, which Deborah firmly believes can be bridged by looking to the past for answers. “I think sometimes we tend to take one step forward and two steps back, because we don’t pay attention to women’s history, so it ends up getting erased or forgotten. I mean, just imagine gravity had been discovered but no one had told the next generation,” she laughs. “Well that’s what happens with the women’s movement – gravity keeps getting discovered and then forgotten about because we don’t listen to the women who came before us. We need to remember we’re standing on the shoulders of giants.”

Linkedin
RELATED ARTICLES
OTHER ARTICLES
Photographer Sean Maung reflects on documenting a small town in Pennsylvania afflicted by high levels of unemployment, poverty, violence, crime, and addiction.
Since 2007, Gideon Mendel has made 20 trips to document floods in 13 countries. The result is an alarming record of what has already been lost to the climate emergency.
As she gears up for the release of her first book, the 24-year-old climate activist talks standing up to authority and building a more inclusive movement.
Theo McInnes’s photos of the annual event provide an intriguing snapshot of contemporary Britain.
AI companies that develop image-generators using copyrighted artwork from the internet are coming under fire from artists who say that it amounts to theft.
Photographer Becky Tyrell went down to the fading banger and stock raceway to meet a community desperate to keep it alive.