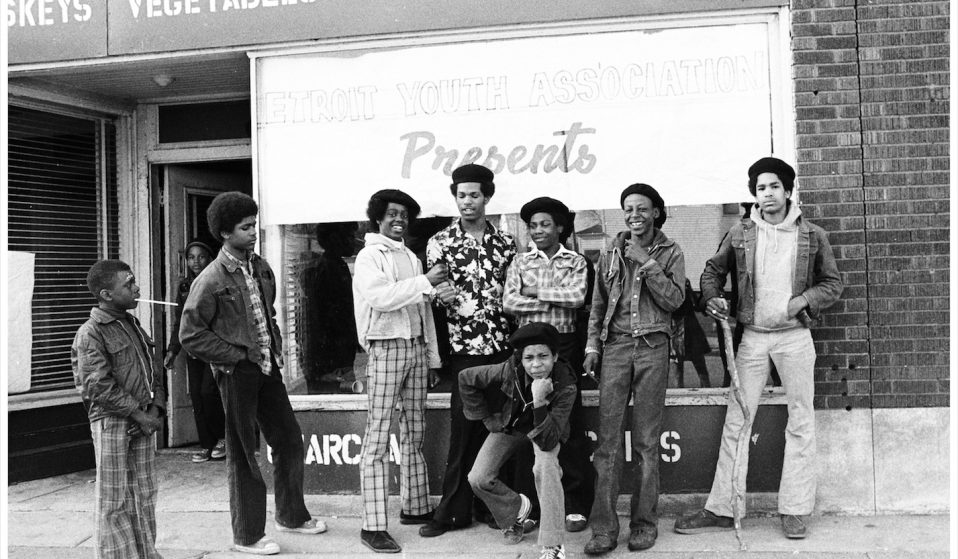 A new exhibition brings together lesser-seen works from the archive of Leni Sinclar, which chronicle Detroit‘s counterculture and struggles for justice.

A new exhibition brings together lesser-seen works from the archive of Leni Sinclar, which chronicle Detroit‘s counterculture and struggles for justice.

In 1959, Leni Sinclair, then 19, fled her native East Germany for the United States, settling in Detroit to study at Wayne State University where she became interested in politics. She joined Students for a Democratic Society very early on, becoming one of two members citywide participating in the New Left movement that would soon take the nation by storm.

In 1964, she met poet and jazz critic John Sinclair, who would become her husband and collaborator in the creation of the Detroit Artists Workshop – a network of communal houses, print shop, and performance space, where Leni photographed jazz legends like John Coltrane, Miles Davis, and Thelonious Monk, as well as proto-punk band MC5. 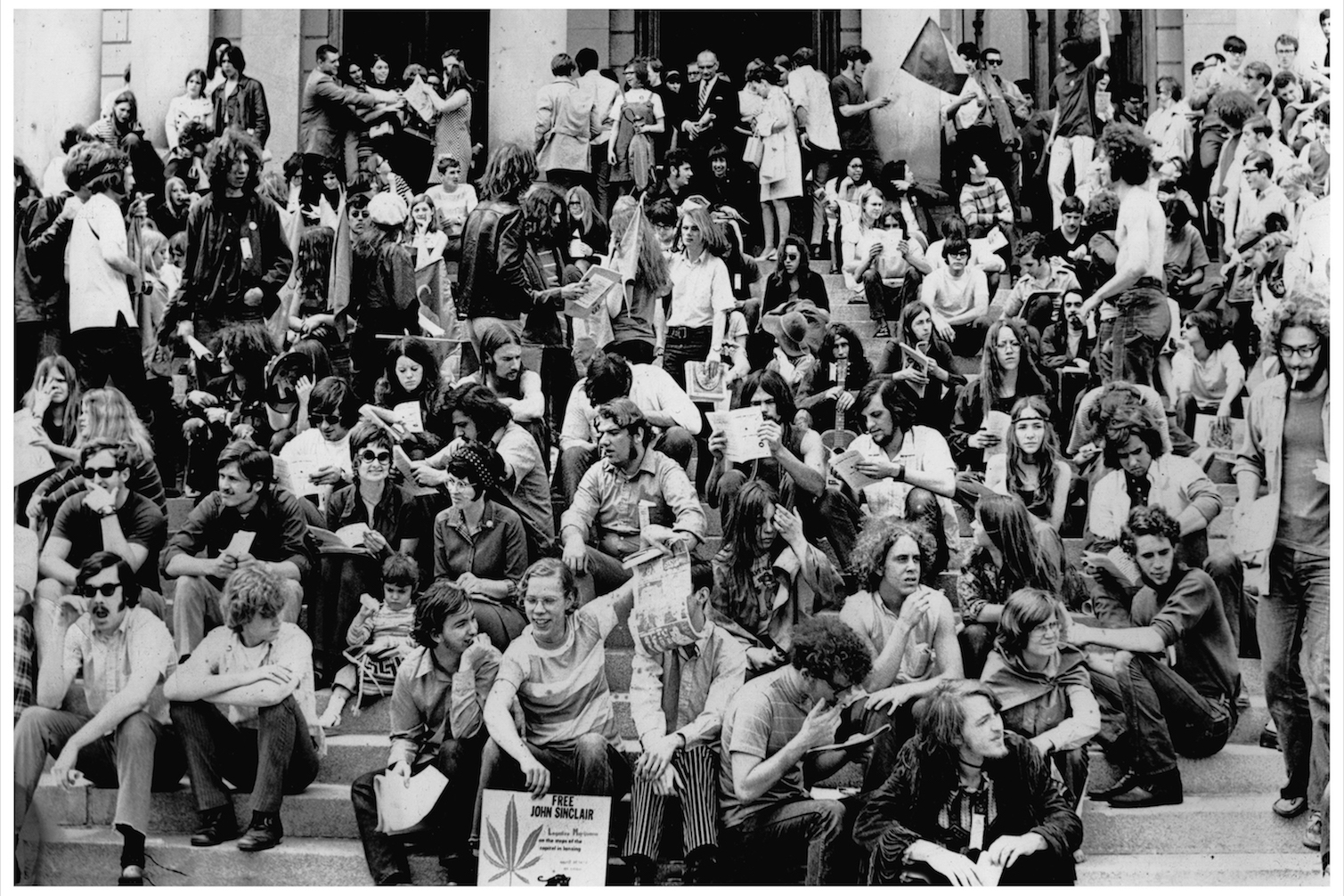 Members of the White Panther Party in Lansing, Michigan, 1970

“We were living outside the system, starting to create something for ourselves, and not the predominant culture, which was too stiff,” Sinclair says with a laugh. “We wanted to have a place without restrictions. That to me was more radical than anything I had experienced in my life.”

But paradise wouldn’t last. Police raided the Detroit Artists Workshop in 1965, arresting John Sinclair on marijuana charges. “While he was in jail, the whole country changed. All of a sudden there was this big phenomenon called the hippies,” Sinclair recalls.

“At first, we thought the ‘hippies’ was a put-down, a name for wannabe hipsters into jazz and weed that didn’t make it, so we didn’t really embrace ourselves as being hippies. But the police labelled my husband as the ‘King of the Hippies,’ making me the ‘Queen of the Hippies.’”

Sinclair laughs fondly at the memory then says, “Hippies were a force. They were not overtly political like SDS but they sure were influencers. They opened up society not to be so provincial.”

In the new exhibition and book, Motor City Underground, Sinclair revisits her photographs documenting Detroit’s radical artist/activist scene of the 1960s and ‘70s. “It was a fun time, until 1967 and the urban rebellion in Detroit,” Sinclair says of the four-day uprising that devastated the city that July. 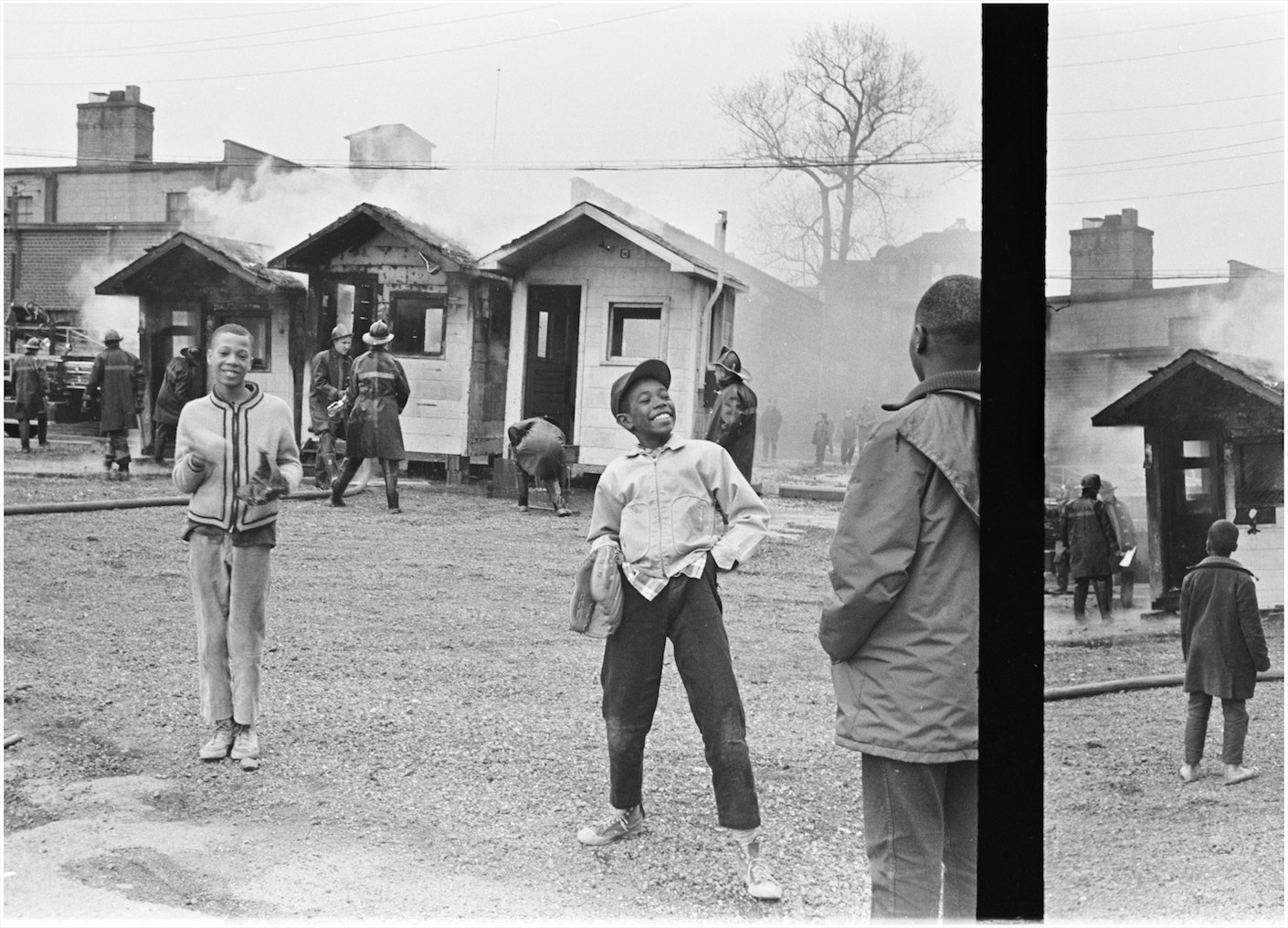 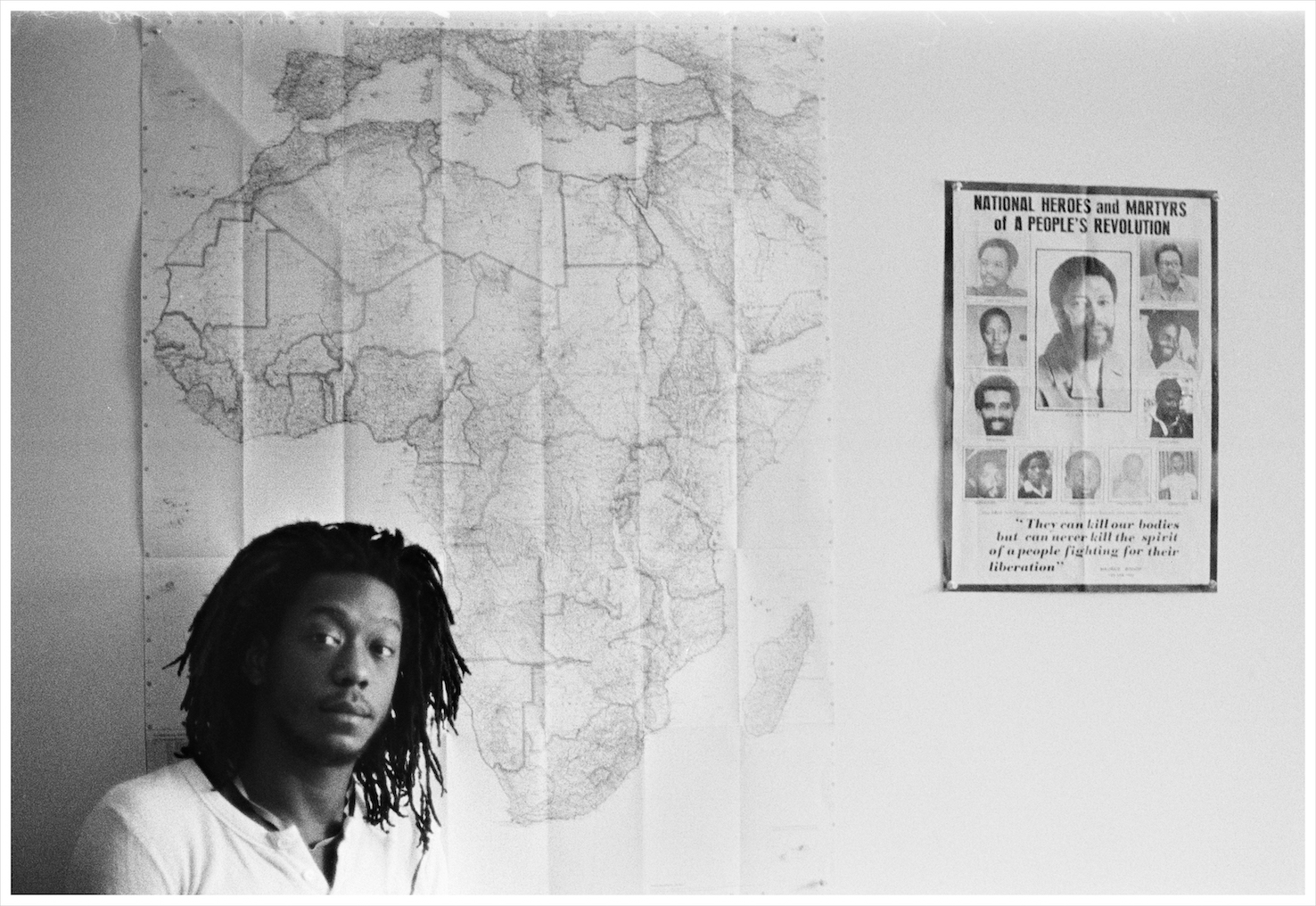 Portrait, interior with map and poster, ‘National Heroes and Martyrs of A People’s Revolution’

“People who looked like hippies would be stopped and searched just like Black people have been forever. [Police would say] ‘What are you doing in this neighbourhood? Who are you?’ All those kinds of things,” Sinclair says.

“Our living quarters were firebombed and we couldn’t live there anymore. We had to flee overnight to save our lives and we moved to Ann Arbor. But there was a lot of resistance when we arrived because no matter how progressive the university was, the citizens were a conservative lot. They had a demonstration against us carrying signs like, ‘Sin, Like in Sinclair.’”

While living in Ann Arbor, the Sinclairs created the White Panther Party in November 1968 to support the work of the Black Panther Party. Although they won a landmark U.S. Supreme Court decision in 1972 against the government for illegal surveillance, their name created misunderstandings and was later changed to the Rainbow People’s Party.

Reflecting on her experiences, Sinclair says, “Everybody has to do what their heart dictates. Be yourself, do what you need to do, and document it.” 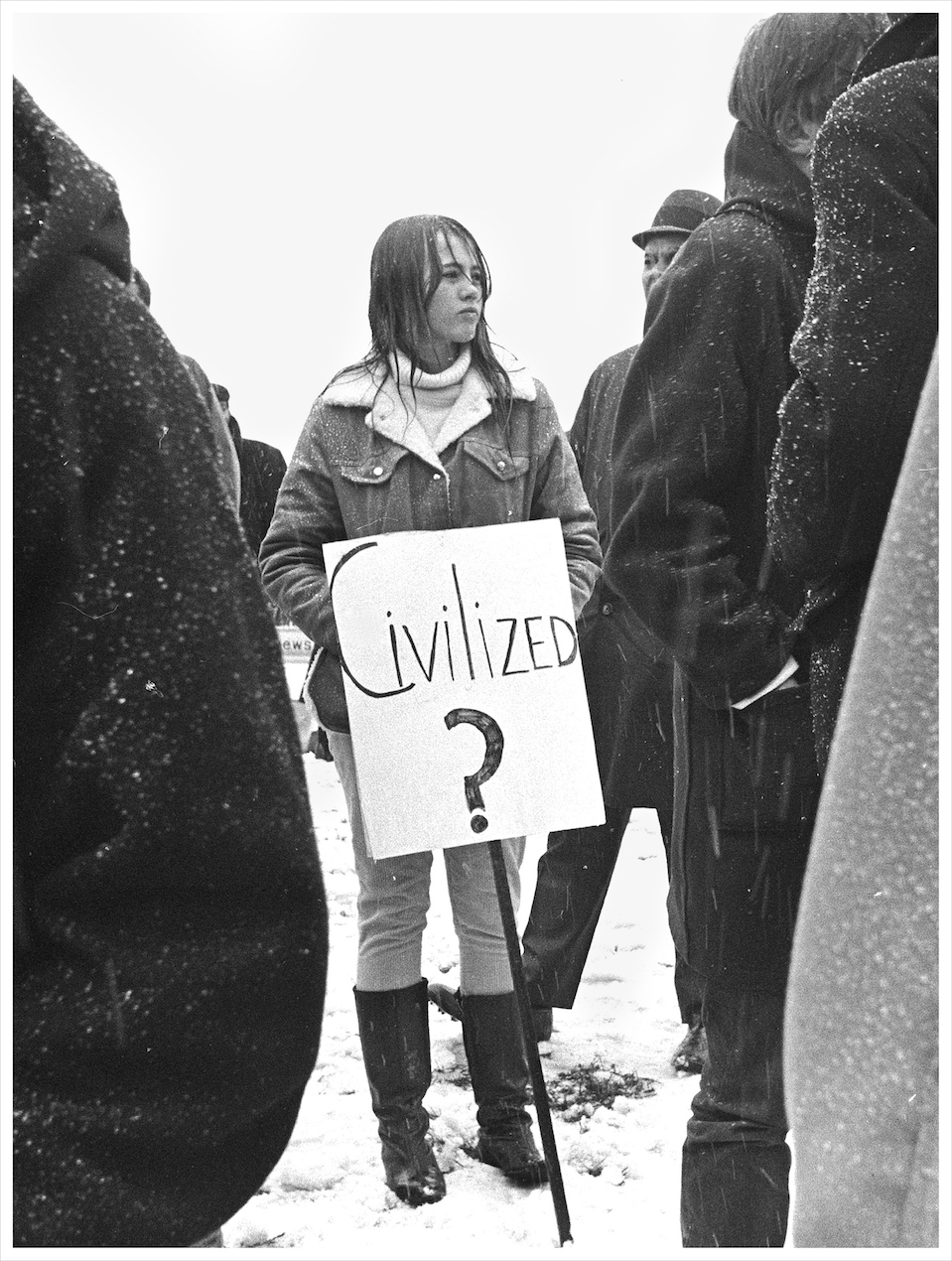 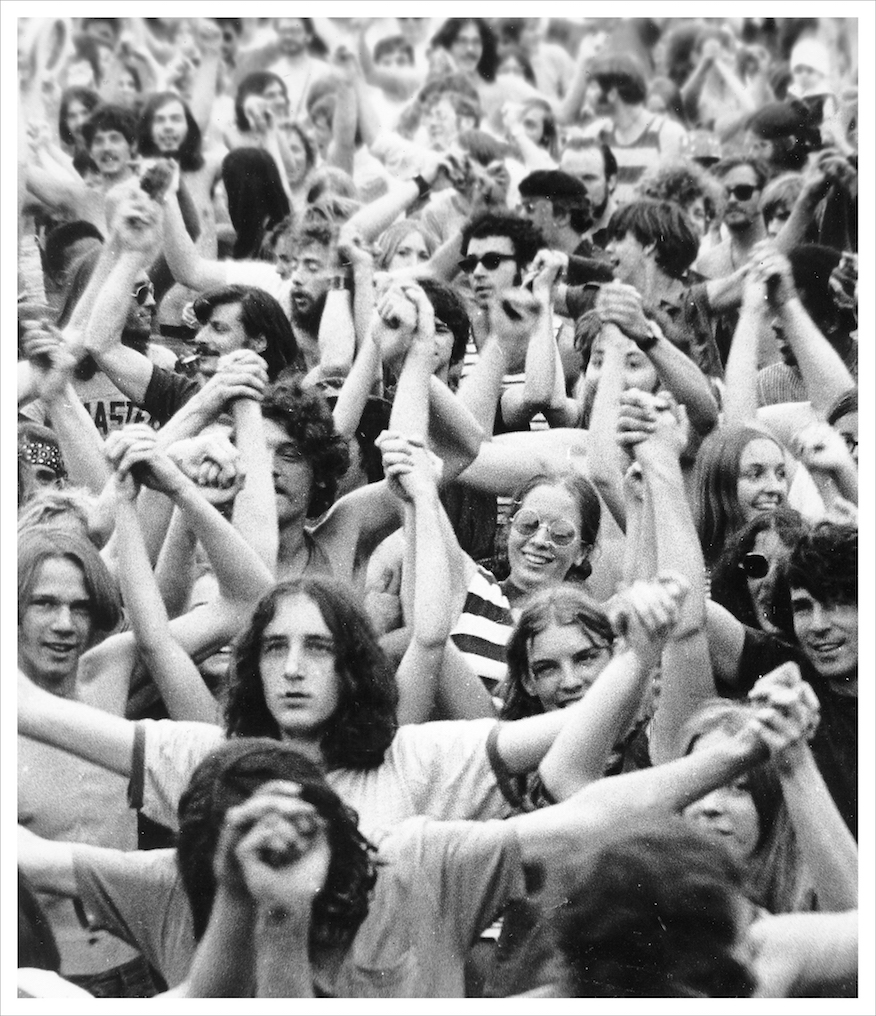 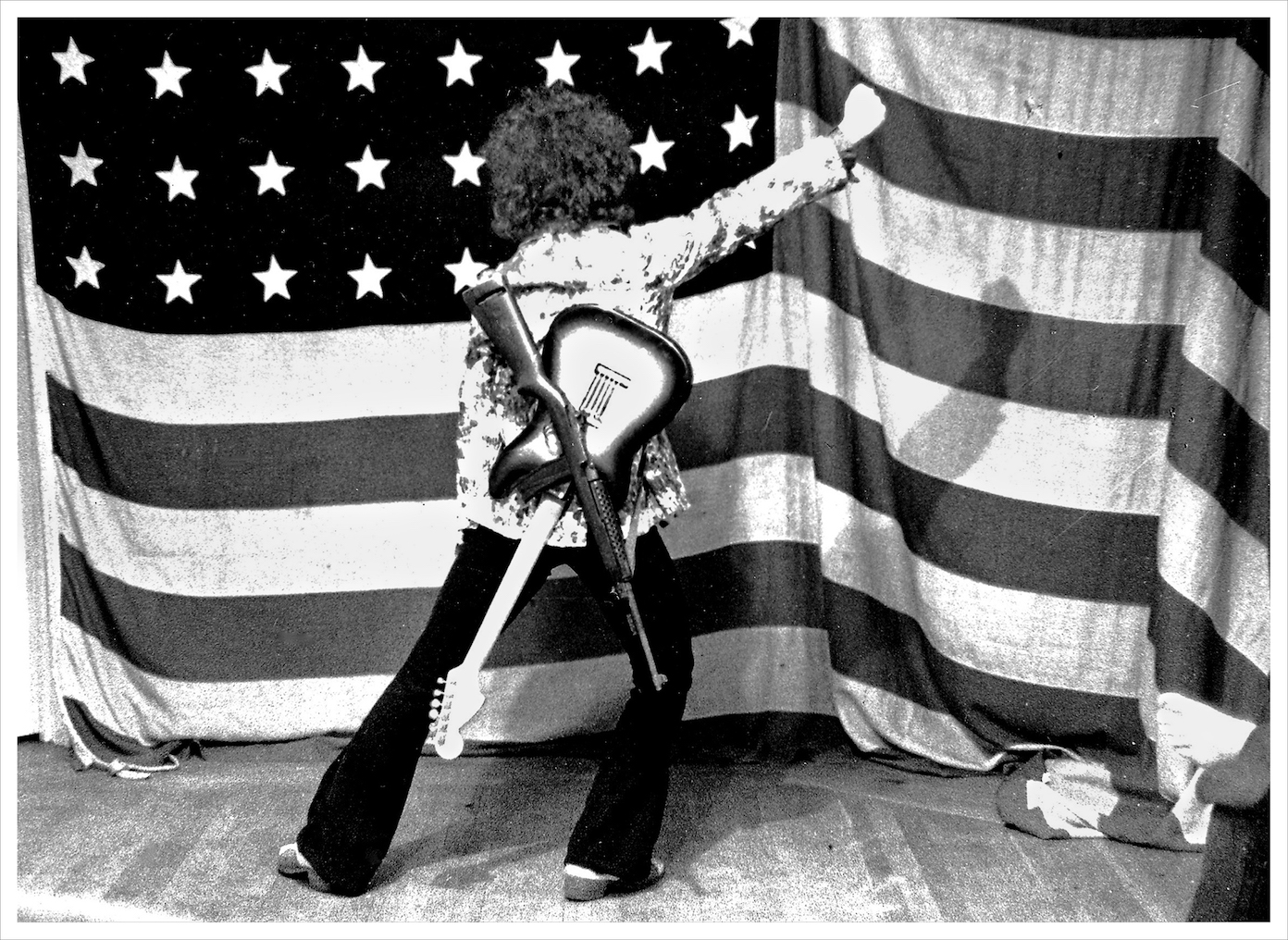 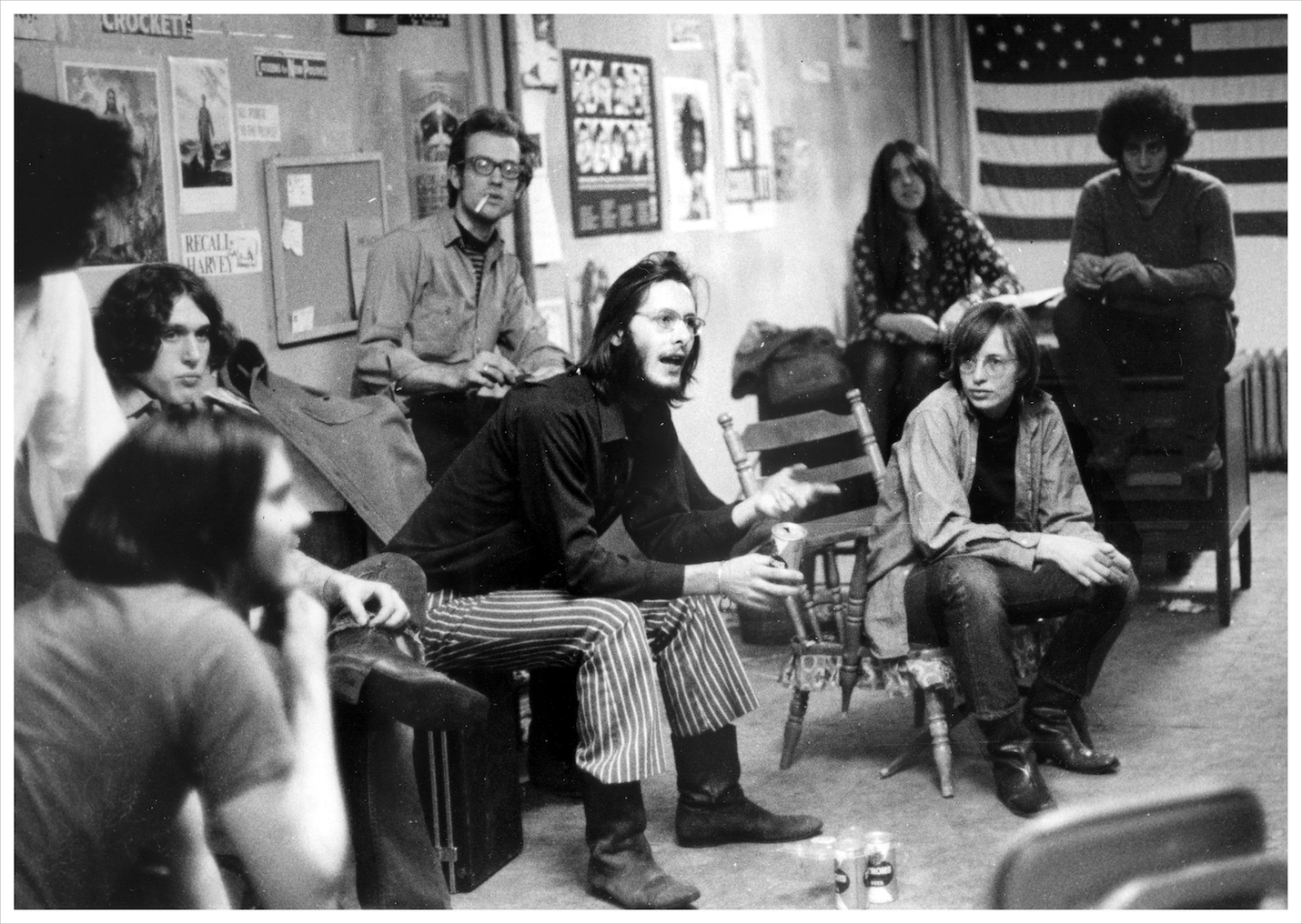 Members of the White Panther Party and the Weathermen at The Fifth Estate, 1970 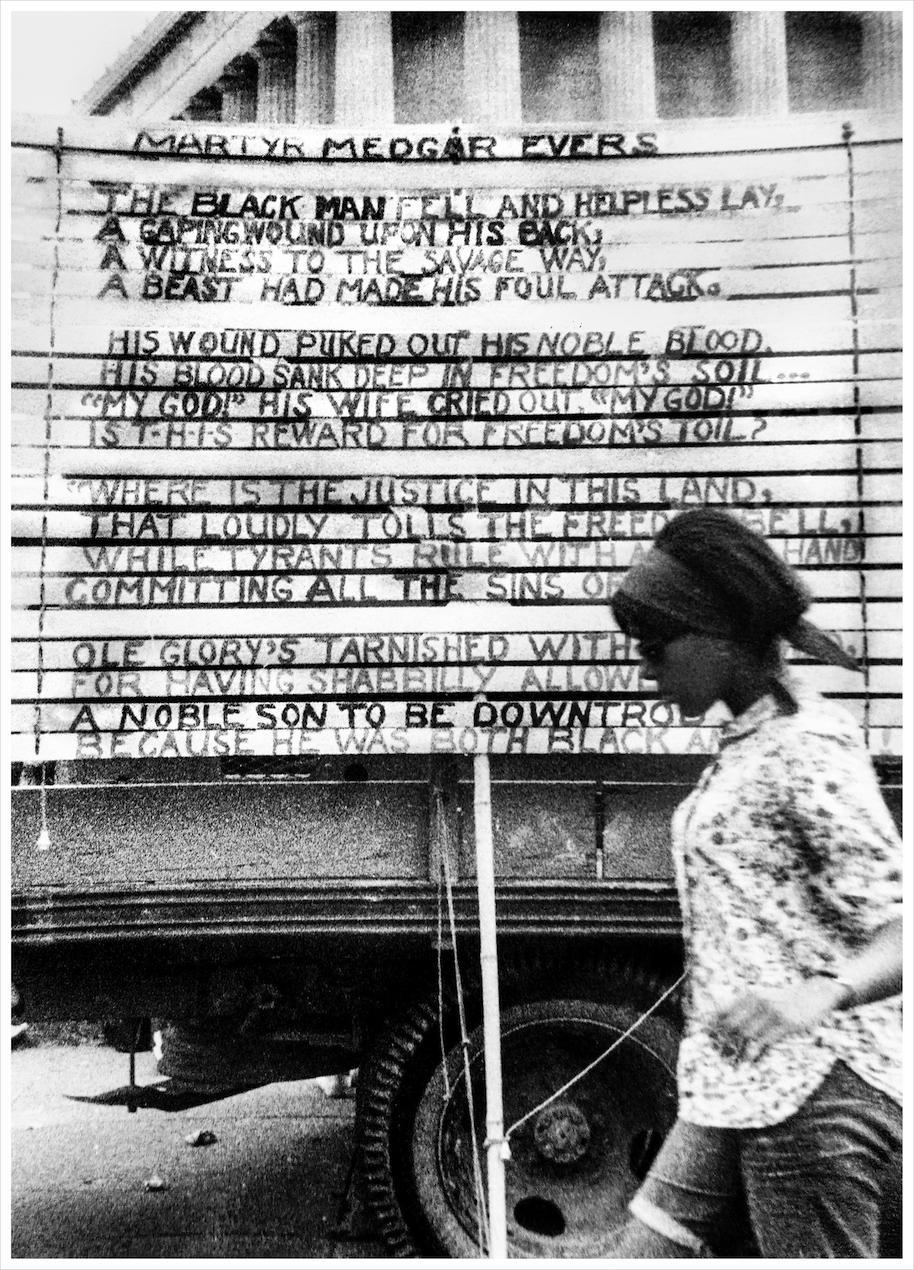 Leni Sinclair: Motor City Underground is on view at the Museum of Contemporary Art in Detroit through April 18, 2021.

Linkedin
RELATED ARTICLES
OTHER ARTICLES
After building his reputation covering the US civil rights movement in the 1960s, the photographer went on to produce some of the most enduring images of the past century.
Campaigners reflect on what the supreme court’s decision to allow buffer zones in NI means for the future of reproductive rights in the UK.
A new film from Berghaus traces the story of Adam Raja, who left behind a turbulent upbringing to discover the healing power of climbing.
The pro skateboarder withdrew from the 2020 Olympic Games so he could come out as trans. Now, he’s hoping to encourage others to live as their authentic selves – within the sport and beyond.
A group of aid workers face prison for helping to save people fleeing their homes at sea. If they are charged, it will have a chilling effect on humanitarian efforts.
After a two-year hiatus and a new album, the Nigerian artist is riding high. Now, he wants to bring his alternative, genre-bending sound to the world.