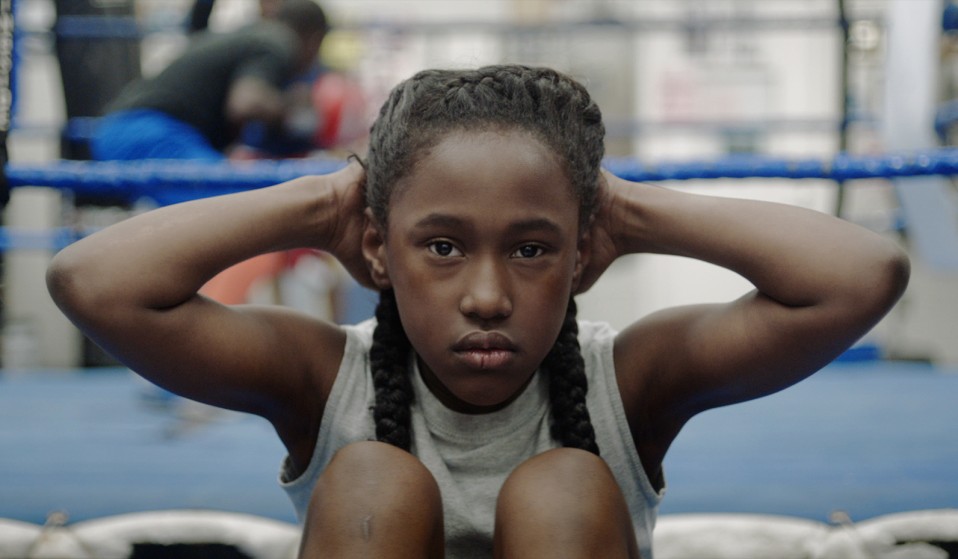 The Fits is the story about sisterhood you need to watch in 2017.

The Fits is the story about sisterhood you need to watch. Its co-writer and director talks about her fascination with dance, finding the real-life Cincinnati girl troupe that stars in it, and how magic happens in collaboration.

The Fits is a film like no other you’ve ever seen. Director Anna Rose Holmer’s debut feature, it follows a squad of girl dancers who rehearse in a community centre in Cincinnati, next to groups of boys who practice boxing. It focuses especially on Toni (played by Royalty Hightower), a girl who starts the story much more interested in learning to master the art of punching bags, but who gradually gets mesmerised by the dancing troupe’s routines, the dynamics between its younger girls and the teen instructors, and the sisterhood vibes it exudes – until she ends up joining the team.

The movie, co-written by Holmer, Lisa Kjerulff and Saela Davis, begins with a familiar and intimate indie feel, but it very quickly becomes darker – and completely unpredictable – when the girls start to experience, one by one, a series of mysterious seizure-like fits. Is it the local water? Is it contagious? Soon the girls become fascinated by the attacks, almost to the point of wishing one on themselves.

“I’ve always been fascinated by these cases of mass psychogenic illness, these illnesses of collective behaviour,” says Holmer, speaking to Huck. The the idea to mix this with a dance team storyline developed while Holmer was porducing a film about the New York City ballet, Ballet 442. “I kept thinking about the human body, mirroring, and dance in a more mundane context; how we look at other bodies to inform our movement.”

The juxtaposition of  dance routines and mysterious fits – could they just be performance? –, together with the film’s minimalistic style, evocative cinematography, and intimate performances, makes for an uneasy but absorbing viewing experience. It’s no surprise that Holmer’s work has already been compared to Hitchcock. The Fits also deals with identity and gender, with Toni seemingly not conforming to what is expected of girls. She experiments with some of those codes, like piercing her ears and trying nail polish, but her character is far from prescriptive. 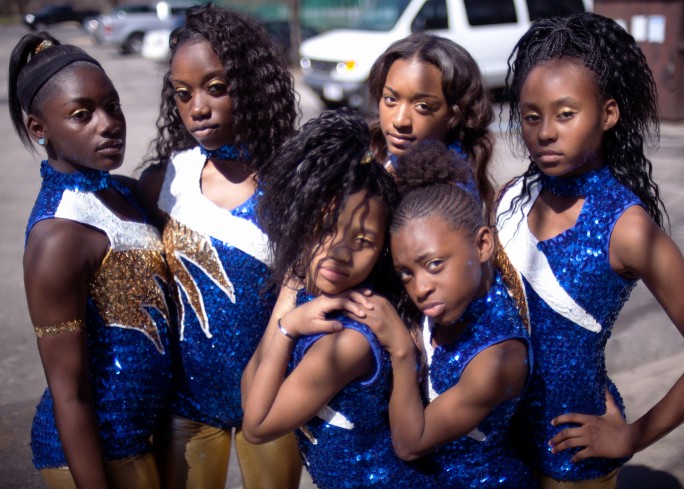 Holmer searched for months to find a real dance team, both scouting in-person and (mostly) online, until she found a video the dance troupe that stars in the movie, Q-Kidz, on YouTube. Royalty Hightower has been dancing with this group since she was 6. “We opened a girl casting to Q-Kidz and their extended families. When Royalty auditioned, I knew immediately it was her. My only hesitation was that she was 9-years-old when she auditioned.”

Finding these girls changed the whole idea of the film, not originally set in Cincinnati, and sparked an intense process of collaboration. “When we found the kids, we wrote the script with that location and team in mind,” says Holmer. “They said yes to collaborating before we had the full draft, and we adapted it conceptually to fit [their] world. We told them: your voice is important, you are the co-authors alongside us. We made ourselves available not just about the film we were making, but about the whole filming process in general. We made it a community project as much as we could.”

Out of the nine weeks the crew spent on the scene, most of that time was spent “getting to know each other,” she continues. “By the time we got to filming, there wasn’t much to improvise. That play and exploration was done in the weeks before.” The decision not to work with child actors was key to Holmer.

“The idea of collaborating with a real dance team was really important to the fabric and texture of what we were after. That energy between the team, that comfortability and intimacy would be really hard to cast and create on our timeline, and with our budget. It was also exciting to me to work with real dancers and real boxers for the physicality of the performances.” 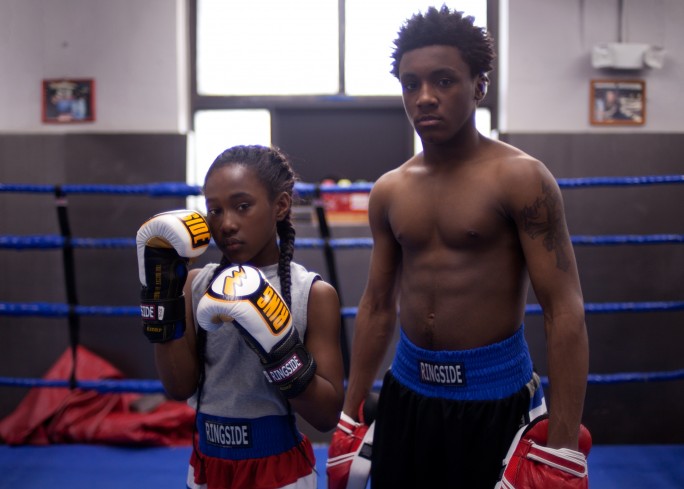 Holmer has continued to explore that fascination in her recent video homage to Moonlight, which shares some of The Fits’s visual sensibility and power. None of this was planned: “It was kind of a discovery, in watching choreographers work with dancers, I realised how much pure narrative emotional content can be expressed through gestures, movement, the juxtaposition of bodies … I’ve just really been inspired by dance as a form. And not just dance but also breath – I think the film, in its purest form, it’s about Toni taking an inhale of breath.”

The Fits has a totally open ending – its mystery never leaves the viewer. What does she hope the audience takes from it? “For me, this is about the balance between individual and collective identity, the power of belonging – which does not mean conformity – and the joy of movement in all its forms.”

“It’s a movie about bodies, so we end it with this very out-of-body experience. My hope is that the audience brings themselves to that moment and that it triggers for them that first moment of transcendence, that first moment of feeling like your universe is larger than you.” In that sense, she adds, it requires audience participation.

Holmer made this movie in 2015, but its 2016 release in the US, and 2017 in the UK, means it’s being read in a Trump era context. At the same time, it adds to a period in pop culture packed with intelligent storytelling about otherness, girlhood and female friendships.

“I don’t have kids, but the way I describe this is how I imagine having a kid and seeing how it is out in the world, has its own friends and interests; it’s not really about us as authors anymore. It’s kind of alive, and I’m in awe of it in that way. It will continue, like all words, to be read differently in different times. It’s hard for me to separate my intention with the reading, but that’s what being a filmmaker is. It’s hard for me to see it from 2017 – you don’t have that lense, but I love reading and discovering and observing its life, which has almost nothing to do with me anymore.”

The Fits is out now. Catch a screening at the Rio Cinema (London) as part of the GIF (Girls In Film) series on Saturday 11 March at 4pm. The film will also be available on digital download on 13 March.

Linkedin
RELATED ARTICLES
OTHER ARTICLES
Zsófia Sivák’s ongoing project documents the country’s tavern culture, preserving a once defining part of rural life.
Mass crustacean die-offs in the North East have led a community of fishermen to take action to save their seas.
A group of aid workers face prison for helping to save people fleeing their homes at sea. If they are charged, it will have a chilling effect on humanitarian efforts.
Photographer Sean Maung reflects on documenting a small town in Pennsylvania afflicted by high levels of unemployment, poverty, violence, crime, and addiction.
Jeffrey Henson Scales intimate portraits and protest images of the BPP and its leaders offer a rare insight into organisation at a time of societal upheaval.
After building his reputation covering the US civil rights movement in the 1960s, the photographer went on to produce some of the most enduring images of the past century.